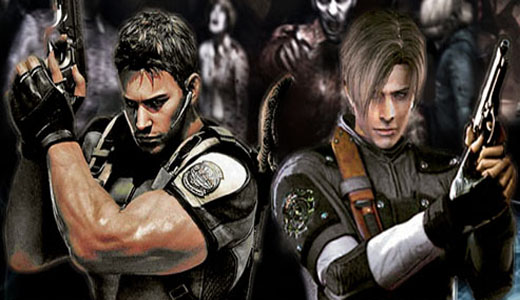 Chris Redfield has become a binge drinker, Ada Wong is out to take down the BSAA, a new variant to the T – Virus is spreading across Continents and the President of the U. S. is about to expose the truth behind the original outbreak in Raccoon City.

There is a new bio variant called the C – Virus which become a global threat on a very unprepared world. It resides in hands of terrorists who wield it as a weapon in order to obtain their sinister directives. 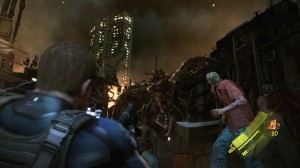 The C – Virus is worse than its predecessor, spreading more rampantly and causing mutations that can be larger than what has ever been seen before and more horrific.

There is also a mutation of the C – Virus known as Chrysalide. This can cause a mutation to extreme Levels and you will find that an enemy, after mutating, may infact change even more and become all that more of a threat.

For the first time in the series there are three main stories which you opt to select one off when you begin the game.

While they do intertwine with each other and do all meet pretty much the same conclusion, whether you play as Chris Redfield, Leon S Kennedy or newcomer Jake Muller, the experience that you will get is a completely unique view to that character.

No matter who you take on you also have the option of Online or Offline co-op aswell, not forgetting the welcome inception of Mercenary Mode and Agent Hunt (whereby you control the enemy hordes in other peoples games).

A second player can jump in and out of play as they like, on the fly, and their Inventory is kept separate from your one.

In Single Player, you are 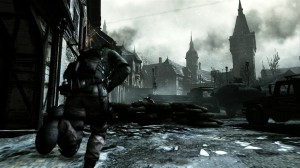 not alone within your given Missions. Each of the three characters has another teamed up with them and this is also character specific; Leon is paired with Helena Harper who is a Government Agent, Chris gets a BSAA comrade Piers Nivans and Jake acquires the most interesting of all – Sherry Birkin who is the daughter of former key Umbrella Scientists William and Annette Birkin.

Having that extra set of hands, guns, senses and companionship is dutifully needed in order to successfully get through areas and enemies that you will be faced with. Your partner can also heal you (and you them) providing they can get to you in the short time required.

Ada Wong also returns, but as an unlockable fourth Story option, once all included three character stories have been completed. 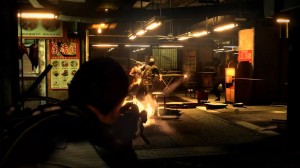 In true Resident Evil fashion a mix of Action, survival and horror mash it up across the globe as you fight to take down the enemy faction in Edonia, Eastern Europe, Lanshiang in China and Nothern America.

Gameplay is more free flowing than previous Resident Evil’s. Controlling is more fluid and depending on what you prefer you can switch the third person character view from the far left to the far right of your screen. I personally found that being able to alternate this view an asset in some of the areas and when facing an onslaught of the infected.

Also for the first time, you can gun-run as you would expect to do in any other Action title, melee attacking has been enhanced and your character(s) are able to evade with slides, ducks and rolls.

Whilst most of those 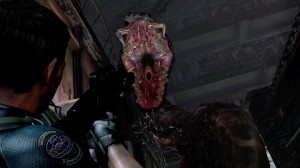 that you will face-off with are Zombies there is also the J’Avo, they have all been given newer abilities that have always been absent in previous chapters. They are equipped with guns and can also run and jump at you. If you don’t take a Zombie down right away (if you get a few shots in and then they evade you) they will both regenerate and transform, thus become harder to kill and you may need to re-think your strategy.

The J’Arvo can communicate with eachother and are harder to take down than the garden variety Zombies. These heightened variations will plan and strategize against you. If you are routine in your combat methods the J’Arvo will pick this up and wipe the floor with your corpse.

You do have an inventory 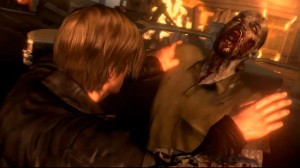 whose Menu access is controlled via a hotkey. Once you have accessed it during gameplay (Resident Evil 6 does not have a Pause function) you can equip / assign different guns and items. Herbs are located around the environment and you will need to combine these with other items in order to create tablets. Then once you have enacted a successful combination, you then need to assign or equip them to a D-Pad button to use.

I think that this system needs an overhaul. The way in which you do this is not only time consuming, but also downright confusing the first few times. 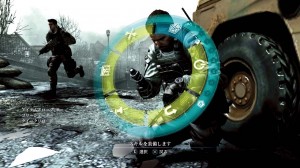 Ammo is your weak spot. You will continually run low to the point where you will be mindful of trying to precise aim just to retain ammunition.

It can be collected from those that you defeat or within destructible crates, usually, but don’t always count on it.

Skill Points are also collectables and are acquired in the same fashion as bullets. These can be cashed in for upgrades and/or better firepower. 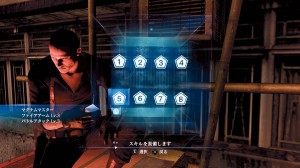 Resident Evil 6 is an all consuming title. Once you have managed to work your way through one character’s version of the main story, your only a very small portion through to full completion of the game.

The re-worked controlling system sees Resident Evil in the same calibre, if not slightly higher, as many of the other Action franchises.

Definitely the biggest and best in the series. A vast improvement on the recently released Resident Evil: Operation Raccoon City. 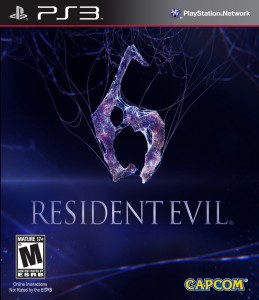