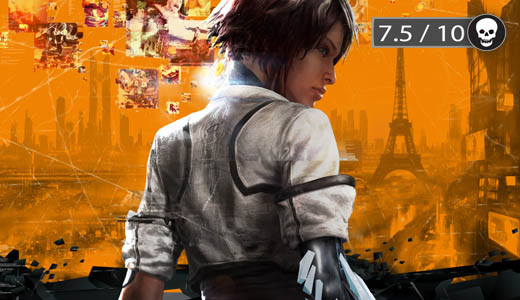 According to DONTNOD, the French developer of Capcom’s Remember Me, in the future memories will be recorded. Once upon a time, such a concept would once have been exclusively in the realms of high-brow science fiction.

But in a world where everybody carries a camera phone and most of us are always connected via the internet, it is only a matter of time before someone merges the technological hardware with our wetware.

Remember Me is set in the Neo-Paris of 2084. It’s a futuristic setting in a city that combines the old-world of the French capital (watch out for the Eiffel Tower), with a Blade Runner-ish dystopian look; but with less rain and more blue sky. 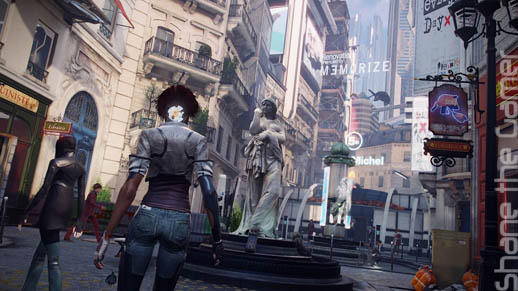 Using Sensen implant technology, memories have become a commodity. From preserving and experiencing the lifetime of a dying loved one to getting a quick, junkie-like memory fix (“first kiss”) as a cheap thrill. Business is good for Memorize, the company at the heart of this morally-questionable enterprise.

The wide scale adoption of Sensen technology has granted Memorize with an unprecedented control over society. A small group of rebels, known as errorists, are not prepared to give themselves over to Memorises diabolical vision. 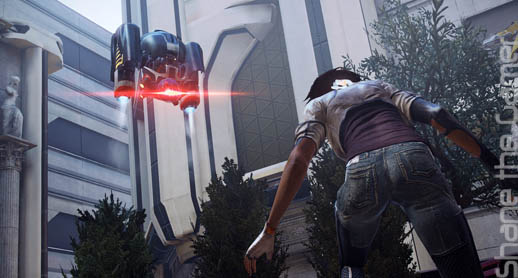 You play Nilin, an errorist and former memory hunter who has had her own memories wiped at a foreboding fortress called, in a historical nod, La Bastille. It’s a prison where inmates are stripped of their memories during incarceration, only to have them returned on release. With no recollection of why they are there prisoners have no reason to escape. Just as Nilin is about to have the last vestiges of her mind erased she manages to escape the facility into the Parisian sewer system. 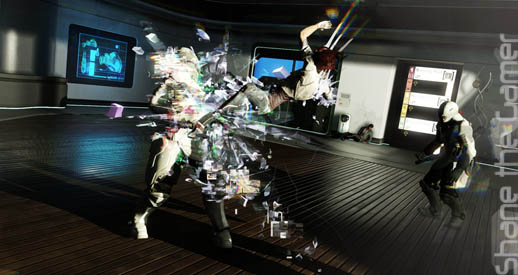 It’s a case of out of the frying pan and into the fire; as beneath the glass spires of Neo-Paris, in the sewers, dwell the leapers. These are former memory-addicts whose minds have degraded to such a point that they are now no more than crazed, dangerous sub-humans. Nilin needs to use both her climbing and combat abilities to fight her way to the surface and regain the memories that have been taken from her. 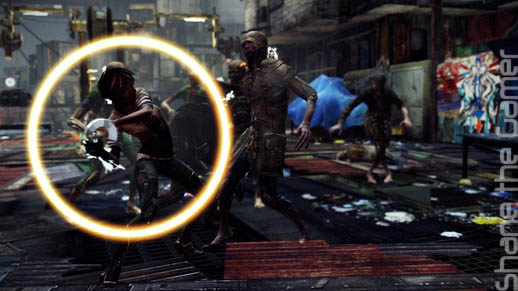 The story is not bad at all, giving players an interesting sci-fi premise that easily provides for some great gaming fodder. There’s enough intrigue and mystery to go around, although some may find the whole thing a bit dry. This is a game that takes itself very seriously.

Fans of European graphic albums and the likes of Heavy Metal magazine will find the game’s narrative and visual style very familiar. If you don’t know what I’m talking about, think Luke Besson’s The Fifth Element starring Bruce Willis, a film inspired in very much the same way by the works of celebrated European artists such as the late Jean-Claude Mobius. 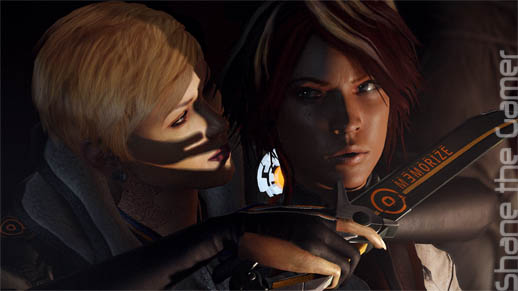 The graphics are almost of CGI movie-quality. It’s nice to see a modern game that has managed to breach that unintentional cartoon look that befalls a lot of games these days. Remember Me’s lifelike character models and vibrant environments are by far the most impressive part of the game. One day all games will look like this. Neo-Paris, with its dank underbelly and sun-kissed towers is superbly lit and looks absolutely stunning for it. 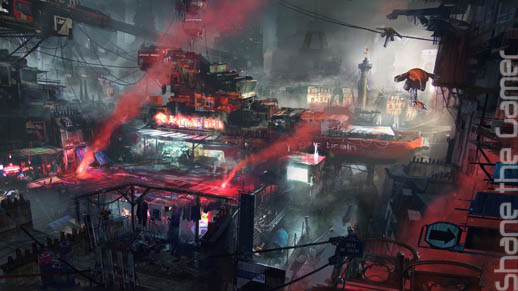 Like many recent Xbox 360 games Remember Me’s impressive visuals left me wondering just how much more awesome the game would look on a PC or a next-gen console. Too many jagged edges and the relatively low-res textures almost spoil what is otherwise a beautifully presented vision of the future.

High-brow sci-fi aside, Remember Me is, basically-speaking, a combat focused platform puzzler. Nilin must climb, shimmy, leap and ledge-walk her way through the game usually following, less-than-subtle glowing markers. 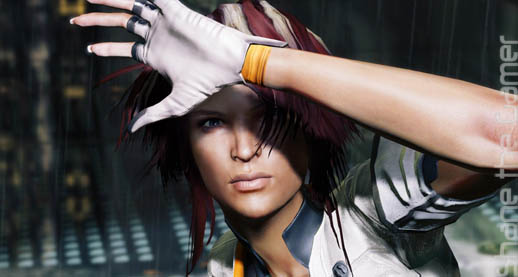 The levels are fairly well designed, although most of the time the platforming routes are a bit too easy to follow. I could level the same faults at the Uncharted games or the recent Tomb Raider; games that use platforming in a very similar way to Remember Me.

Whilst I didn’t come across any invisible walls, the game does have more than it’s far share of closed shops, construction work and out of order signs to guide the hapless Nilin on a rather linear journey through Neo-Paris. 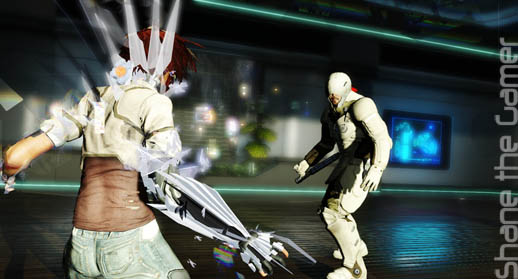 The platforming and puzzle sections lead Nilin to arena-like combat areas that the developer has made little to no effort to disguise. Every time you jump down from an obviously too-high-to-climb-back-up ledge in to an empty-looking enclosed area you just know it’s able to all kick off. Just as the last unfortunate body hits the ground, Nilin will then notice a, now rather obvious, way out. If only she’d have seen it a few minutes earlier. 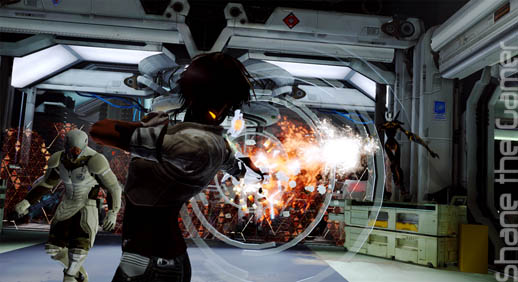 The combat immediately brings to mind the Batman Arkham Asylum and Arkham City games. It’s the same frantic mixture of offensive and dodge/counter attacks as the Dark Knight’s games, if a little less refined. The combat is also very similar to that of Enslaved: Odyssey to the West; a game that Remember Me shares other traits with- more on that later. 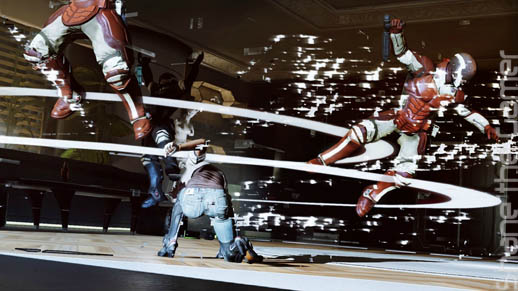 The game features an inspired customizable combo system that I found absolutely incomprehensible to begin with. During play special combo button presses are unlocked which can be included in custom combo chains to perform extra functions such as increase health or speed up special ability cool-down periods.

Players can adjust these chains according to their play style using potentially thousands (according to the developer) of combinations; whether or not anyone is going to take the time to bugger about with them that much is another matter. As the combos are customizable, they can be changed- which is great, but remembering them can be bloody hard in the thick of a boss battle.

Enemies come in a variety of flavours. There’s the brain-addled leapers, which themselves come in the generic type as well as the wall crawling prowlers, the brute-like skinners and the vanishing strangers, among others. On the more human side there are a variety of different enforcers each with different abilities and shielding. There are also a few mechanical opponents thrown in for good measure. 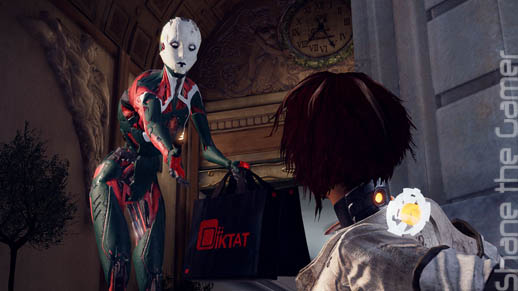 At certain points in the game Nilin gets to utilize her memory remixing skills, altering her victim’s recollection of the past by manipulating their memories to achieve a different outcome. Sounds intriguing? Well, it is- to a point. You get to rewind events making subtle changes altering the resultant situation. At first I found these distractions fascinating and fun; however, ten minutes of memory manipulation had me cursing the screen. It’s a great idea that unfortunately makes for a limited bit of gameplay. Shame really. 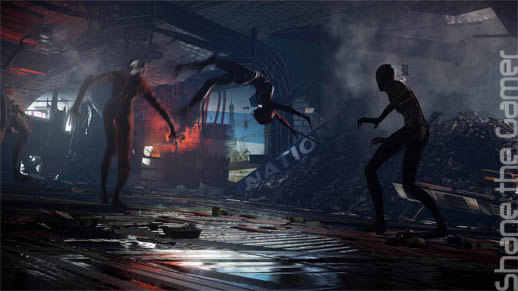 The game echoes the experience that I had with the previously mentioned Enslaved: Odyssey to the West. Like the modern retelling of the Monkey God legend, Remember Me has an interesting story and a fun platforming/puzzle mechanic that is ultimately let down by an initially inspired, but eventually grating, combat system.

Despite the combat getting a bit old after a while, the game kept me intrigued enough to want to stick with it. Whilst not the best game that I’ve played recently, a couple of years ago it would probably have blown my mind due to the visuals alone. 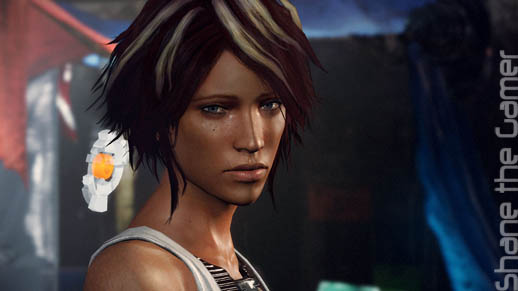 Remember Me walks a knife edge between being rewarding and frustrating. But when it’s good it’s very good; and it is great to see a developer taking a chance with a decent sci-fi concept and giving us a much needed strong female lead.