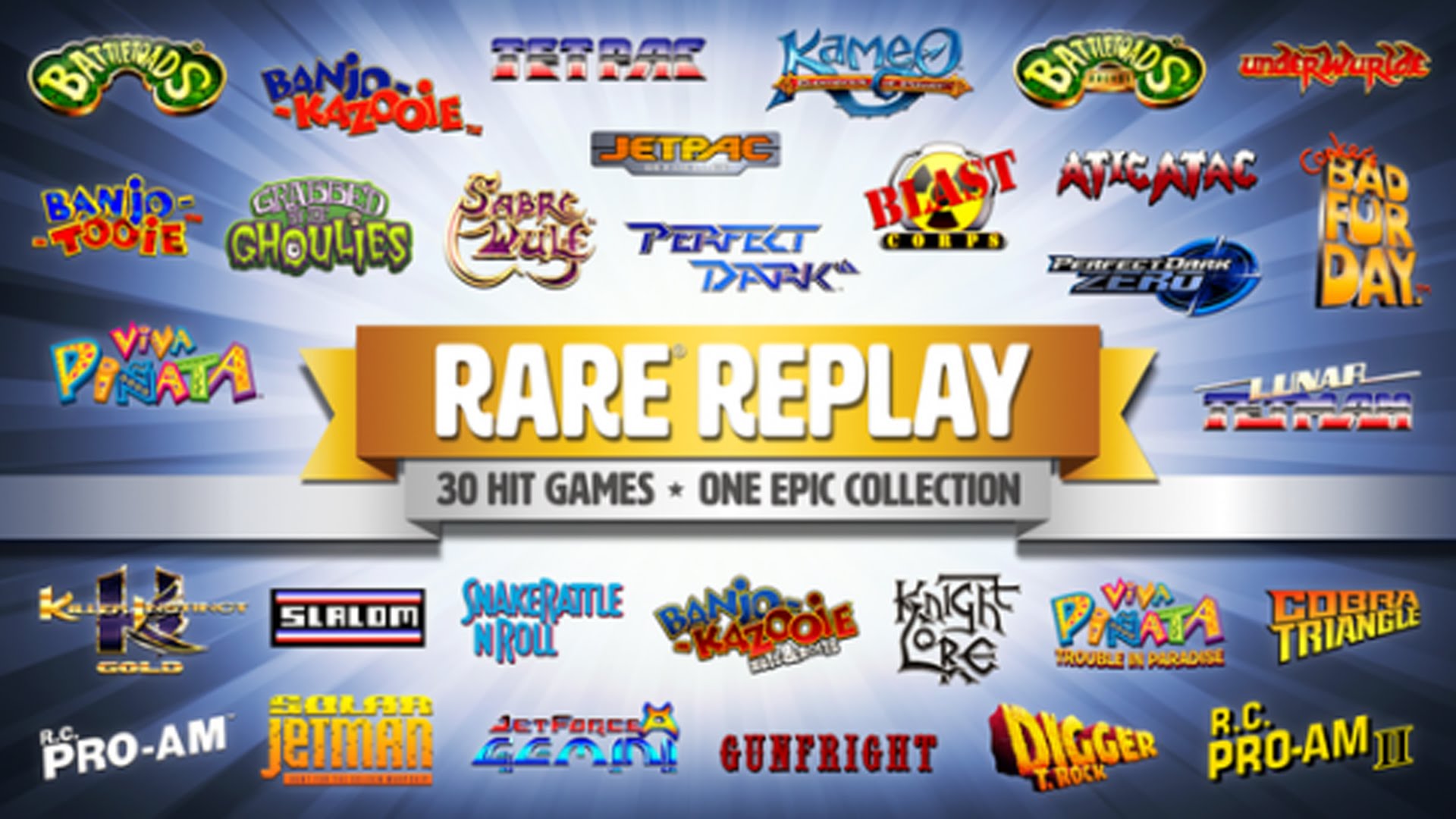 Rare Replay takes a leaf out of playbook of the company’s long-time collaborator, Nintendo, to give us a release soaked in nostalgia. It’s a compilation of over 30 games from the last three decades with special challenges and featurettes created exclusively for this collection.

Every gamer out there from fifteen to fifty is going to find a game in this package that formed one of the cornerstones on their video gaming hobby.

Rare’s gaming history goes back almost as far as mine. My first Rare game was Jetpac on a Sinclair Spectrum. Alongside Ocean, Imagine and Quicksilva, Rare- then called Utimate, was one of the founding software houses (as we used to call them)of my, now, thirty-five year’s playing video games. After the collapse of the 8-bit gaming industry, Ultimate, re-christened as Rare was one of the few developers of the time to successfully adapt itself to the fledgling console industry. 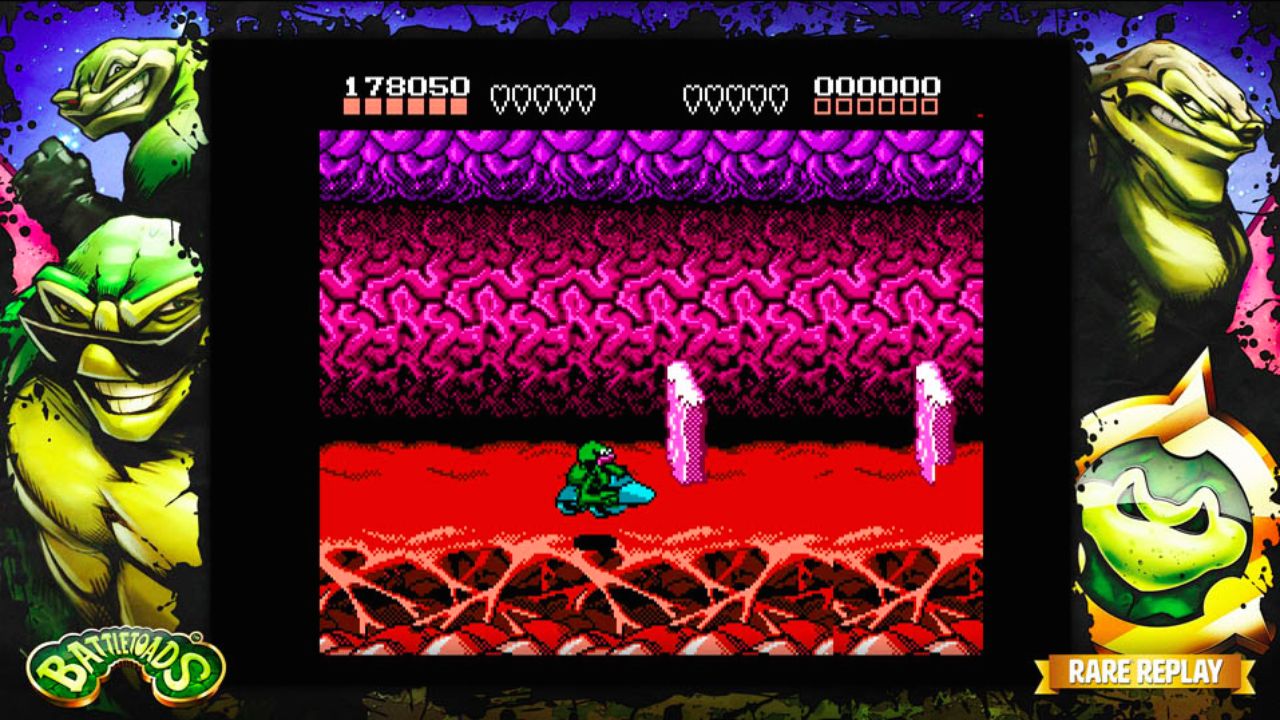 The collection of games in Rare Replay comes to us  on the Xbox One in one of two ways, both accessible from the central Rare Replay hub app, the main “game” as it were. First there’s a selection of classic games hard-coded into the main app. Then there are the emulated Xbox 360 original titles and Live Arcade remasters which are installed as individual games, which can also be accessed directly from the dashboard.

Seeing these emulated Xbox 360 titles in action gives us a good preview of the Xbox One’s backward compatibility coming for everyone in November.

On starting up, Rare Replay introduces us to the developer’s amazing legacy by way of a musical introduction that is at first charming before becoming (I believe, intentionally) rather grating. It’s actually a great animation featuring all the characters from Rare’s back catalogue.

Players are then given three options. Rare Revealed, Game Gallery and Snapshots. 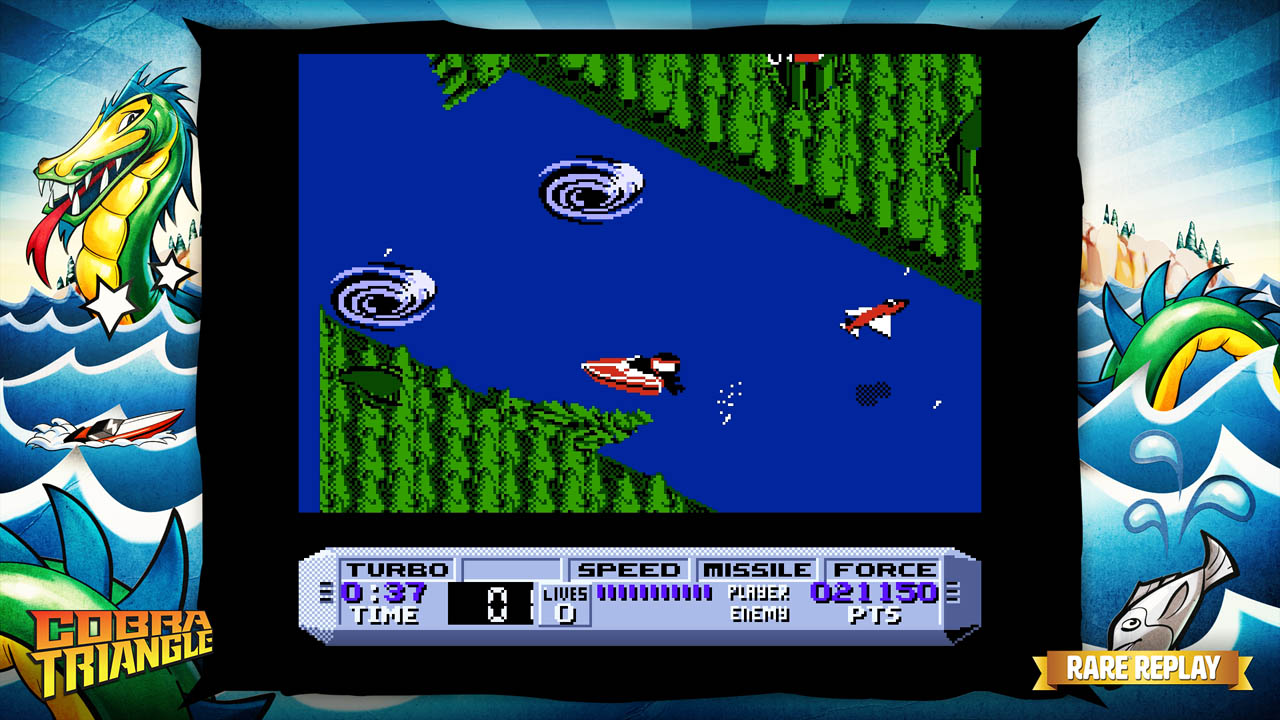 Rare Revealed is a selection of video extras that include featurettes covering the history of Rare, making of videos, concepts, unreleased projects and unreleased music tracks. These features are an absolute treasure-trove, but unfortunately you need to play the games, earning stamps in order to unlock the videos. Which is a shame as they are, for old-timers like myself, the highlight of the package.

Game Gallery is the core of the package and features most of Rare’s back catalogue in chronological order starting with the 8-bit classic, Jetpac, moving onto its follow-up Lunar Jetman. Next up, another classic game from the ZX spectrum days, AticAtac. Then there’s the Sabreman saga of Sabre Wulf, Underwurld and, moving into isometric 3D, Knightlore as well asGunfright. These classic Spectrum games are exactly as I remember them, right down to the colour-clashes caused by the Sinclair machine’s rudimentary colour graphic programming. 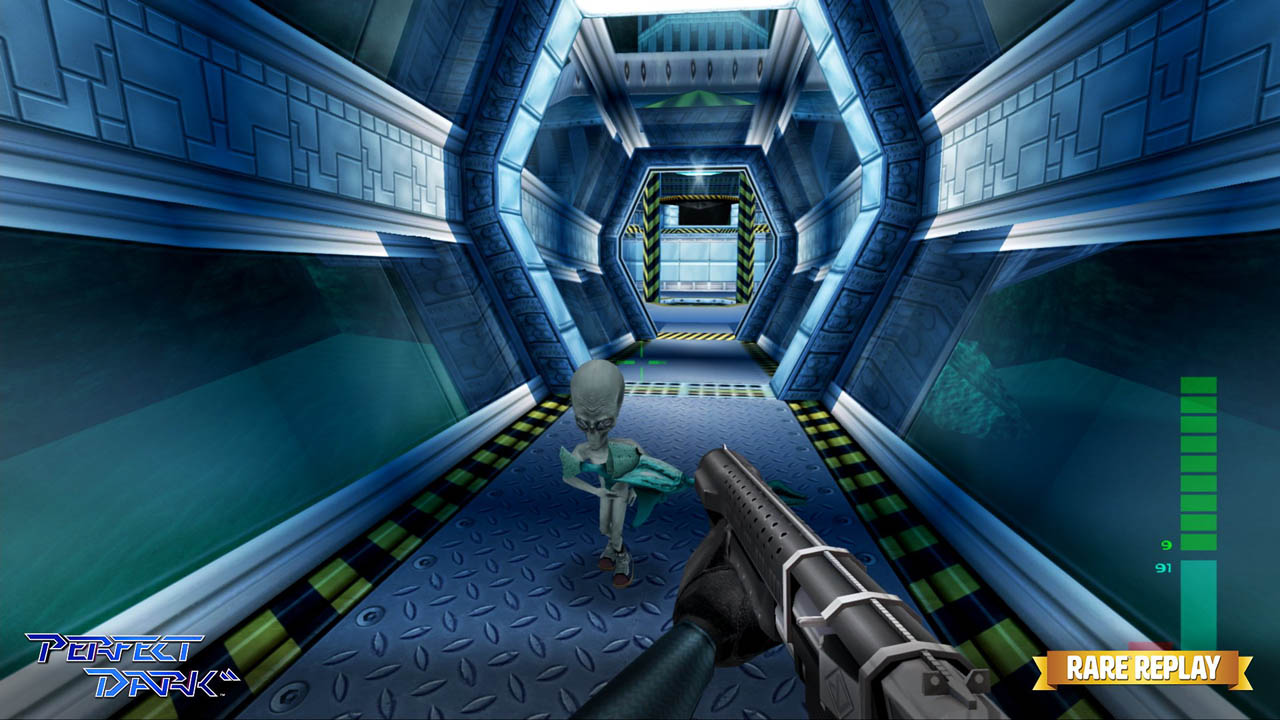 The next batch of games from 1987 to 1992: Slalom, R.C. Pro-am, Cobra Triangle, Snake Rattle n Roll, SolarJetman: Hunt for the GoldenWarpship, Digger T. Rock, Battletoads and R.C. Pro-am II are from Rare’s Nintendo Entertainment System back-catalogue.Whilst the games don’t really hold up today, it’s amazing to see just how much the developer managed to get out of Nintendo’s 8-bit system.

Next up, for 1994’s Battletoads Arcade Rare took their NES game and gave it an arcade makeover putting it alongside the other side-scrolling beat-em-up cabinets that were popular at the time.

With 1996’s Killer Instinct Gold we start to sample Rare’s Nintendo 64 games, the system that they are probably most famous for developing on. From there’s it’s on to Blast Corps, Banjo-Kazooie, Jetforce Gemini, Perfect Dark, Banjo-Tootie and Conker’s Bad Fur Day.

The obvious emission from the N64 period is probably Rare’s most famous modern game, the classic genre-defining console first-person shooter, Goldeneye. But with shooter Perfect Dark and Banjo-Kazooie in the collection, Rare’s N64 titles are very well represented. 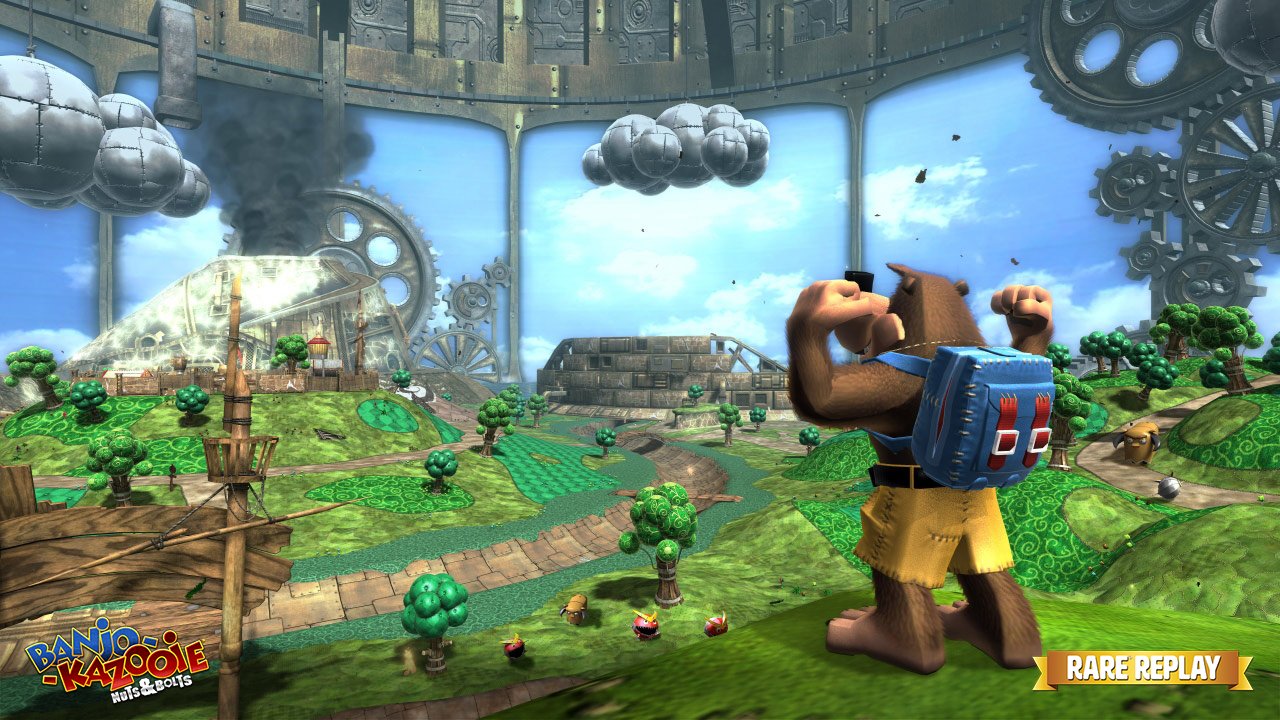 Grabbed by the Goolies on Microsoft’s Xbox saw the end of Rare’s long-time exclusive partnership with Nintendo. A year later Microsoft paid $375 million to get a 100% stack in the company. For the remainder of the games in the collection, which are all former Xbox 360 titles, the Rare Replay Hub loads the externally installed Xbox 360 games which can also be launched directly.

Both Kameo: Elements of Power and Perfect Dark Zero were Xbox 360 launch titles, heralding a new era for both Rare and console gaming. As with all the Xbox 360 game included in the collection, they both use the Xbox One’s new backward compatibility to bring us a gaming experience identical to the original.

It is at this point that I felt that Rare Replay stopped being a quaint nostalgia trip through gaming history and started to deliver games that I could actually play. As nice as it is to see old long-forgotten games again, unless you are a moustache twirling hipster or serious retro fan, they’re pretty horrendous and, for me, only serve to illustrate to me how far we’ve come. 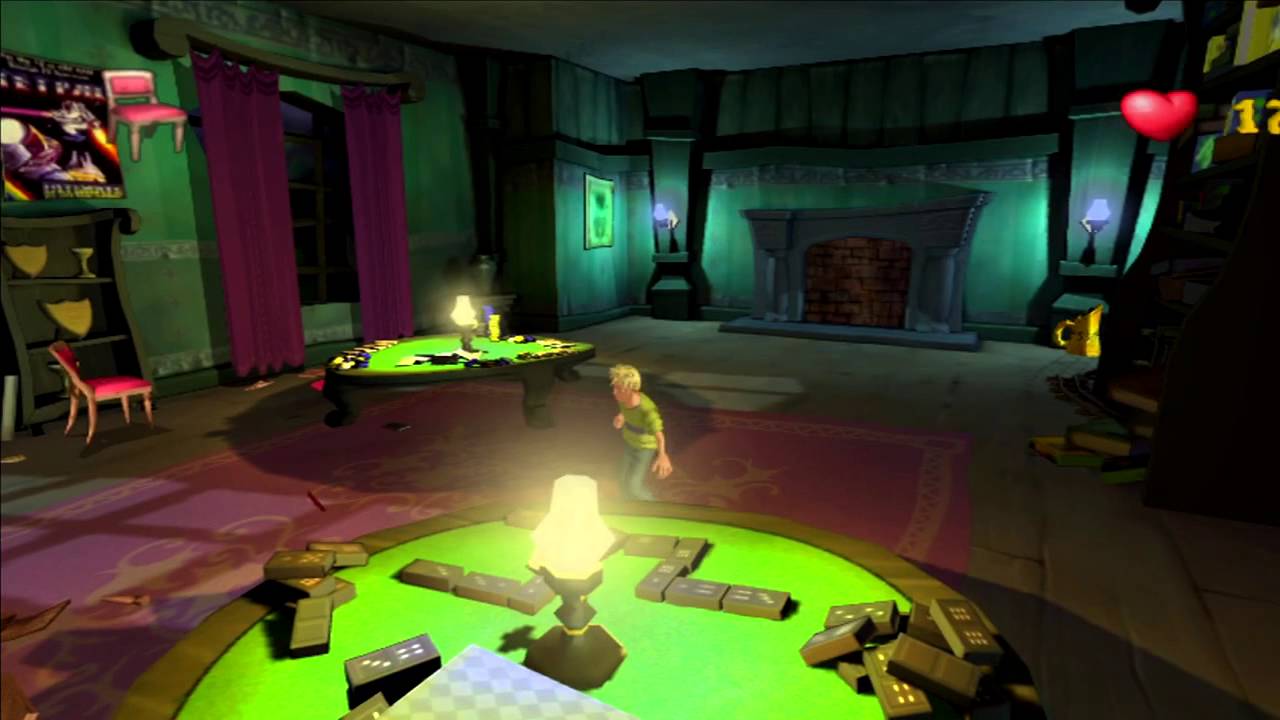 In addition to the two already mentioned, the last six games are the cute-as-a-button gardening/Piñata simViva Piñata, it’s equally enchanting sequel, Viva Piñata: Trouble in Paradise, but before that there’s the Live Arcade remake Jetpac: Refuelled and finally Banjo-Kazooie: Nuts and Bolts.

The package’s final mode is the Snapshot mode. Here players get the opportunity to play the first sixteen games with special challenges. If you are not keen on the original games, this mode is not going to offer you much extra. It is, however, a nice way of sampling the classic games in the collection.

There’s no doubt in my mind that Rare Replay offers great value for money, especially at its budget price. As an archive piece, the package is pure gold, allowing players to experience the exulted heritage of one of video gaming’s legendary developers, either for the first time or as a trip down memory lane. 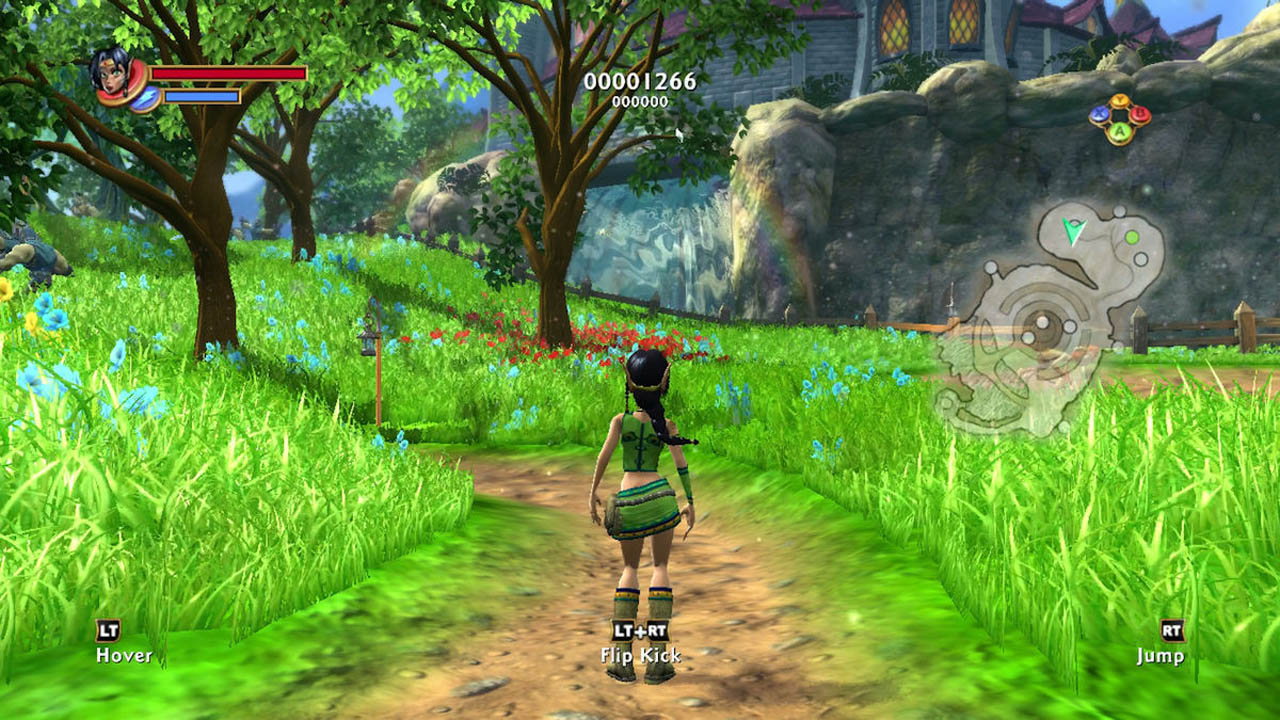 If you are after thirty great games, that’s not exactly what you are going to get here. Whilst much of the content on offer is classic videogame history, time has not necessarily been kind to many of the games. For most of the titles, after a few minutes the nostalgia had worn off and I really didn’t want to play them anymore. This was true right up to the Xbox 360 games, which were the only games that held my attention.

As a complete package, Rare Reply is a very special collection of games and features that should be of interest to anyone interesting in the history of videogames. I’d love to see a few more developers do the same.