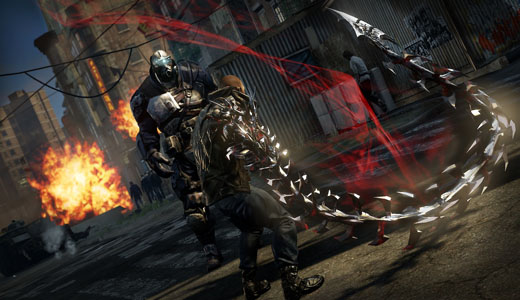 From protagonist to antagonist.

The main character from the original Prototype; Alex Mercer, has certainly come to grips with is new found abilities and continues to create havoc around the city.

You take on the role as James Heller 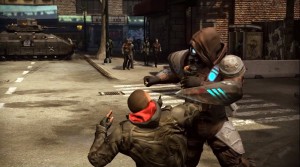 a military soldier, who is on a Mission to kill Mercer. This is a personal vendetta for Heller, as he blames Mercer for the death of his family during the original Blacklight virus outbreak.

When Heller returned from a tour in Iraq he came home to discover that his small family had been wiped out throughout the original outbreak.

Set 14 months from the initial spread, Manhattan had previously thought to be a safe zone once again, but Alex Mercer is on a virus spreading rampage which ends up re-classifying the region as a cordon zone, known as NYCZ (New York City Zero), or the Red Zone.

To be more detailed, each Zone of the city is given a colour reflecting the severity of the infection, Green, Yellow and Red.

As a member of Blackwatch, the organization originally responsible for the creation of the biohazard and now in charge of its eradication, you begin to hunt down the infected.

As luck would (or would not) have it, you come into contact with Mercer himself within the infected zone. 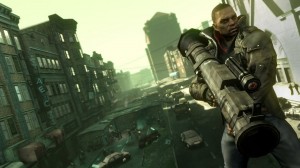 Heller unable to contain his emotional anger aims his sights on Mercer and chases him, with guns ablaze across a crumbling city block.

But not all goes to plan and an ‘Infected’ gatecrashes the party. You find yourself trapped and literally face to face with Mercer.

Ultimately vulnerable, Alex Mercer gives you the ‘gift’ of the Blacklight before vanishing.

Once the infection takes hold (and oddly you also acquire a Red and Black Jacket, the same as Mercers…), you find that those you worked for turn against you and you are now just a part of the eradication process.

Also, there seems to be a more underlying series of events occurring within Blackwatch.

While you continue to chase after Mercer, fight for your own survival, come to grips with your new abilities, and dodge Blackwatch ops you will also begin to unravel this under-current conspiracy. 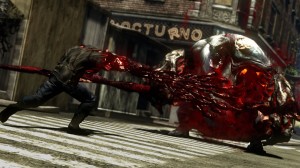 Gameplay is much like what we experienced within the first Prototype. Completely free roam within the city, not only on the ground but also scaling buildings, jump and glide from skyscraper to skyscraper and take on differing persona’s by consuming anyone.

You will need to be strategic in your cloning abilities in order to evade detection and never transform in front of any of the Blackwatch operatives. If they don’t see you do it, they don’t know it’s you.

There are also game specific targets that you will need devour and change into within the story.

Not only will you change into them, but you also inherit their memories. Your weaponry is also a part of your transforming repertoire, eventually you will make use of a rather devastating and new form of causing terror called the Tendrils. The Claws, Blade Arm and Hammer are also included, and when taking on another persona, ‘human’ weapons are at your disposal. 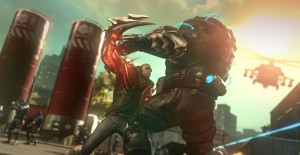 assigned to hotkeys on your control pad, however there is also a Menu system for upgrading and swapping out options.

By exploring the sandbox environment that is NYC you will often encounter hidden areas with their own sets of enemies to defeat. As always, exploration and conquering reaps rewards. Rewards that are not a part of the Main Story.

Developers; Radical Entertainment have boosted the game by way of an online service (subscription based) called Radnet. A code is supplied with the purchase of a new game and of course once used, cannot be used again (those that wait for cheaper second-hand games on Auction sites will be out of luck). 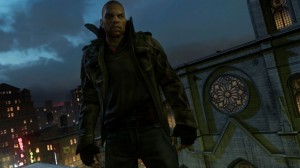 Radnet offers additional and exclusive DLC, additional and/or optional Challenges, aswell as bonus content for 360 owners. Updated weekly, it is the white chocolate button buried inside the sweet, sweet cookie that is Prototype 2.

Graphically gruesome and immersive, Prototype 2 kept everything that made the first title epic and improved on that, even beyond my expectations.