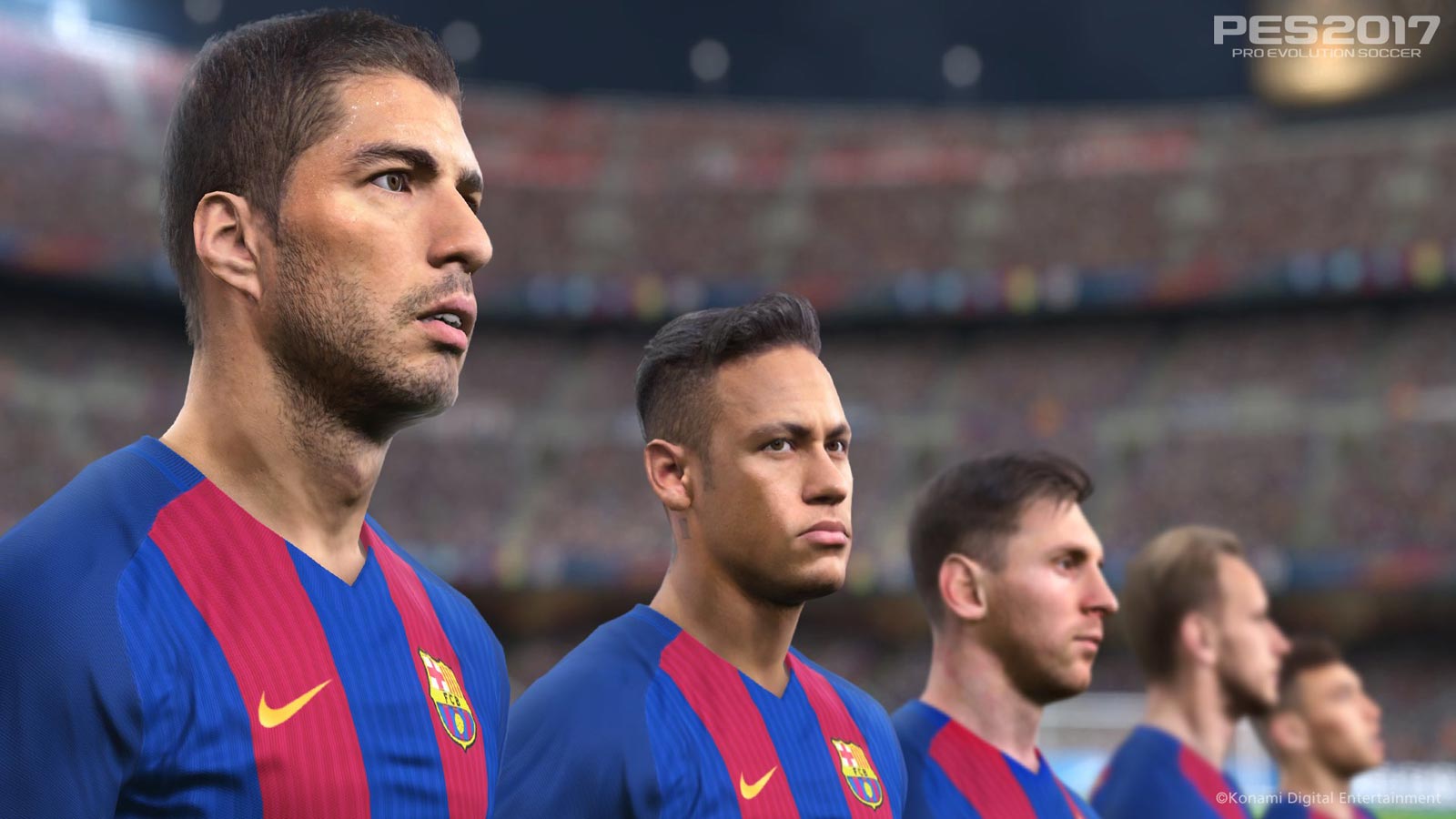 Yes, Konami still makes games. And for all the hand-wringing about games’ future at the company, they can still pull a rabbit out of a hat and make a good one now and again. The controversies surrounding the company’s other video game have not distracted them from providing what is perhaps the best soccer game on the market. PES 2017 improves on its predecessor in almost every way, and while its presentation and continued lack of licences are unfortunate shortcomings, the beautiful game has never been more so.

Playing great football is the essence of PES 2017. Not menus, not training, nor anything else. Realism and believe-ability on the pitch is the core to this year’s improvements. Konami are pitching a number of ways they have improved the game, and it shows. New animations in particular, combined with some unique ball control methods make the game look and feel more fluid. 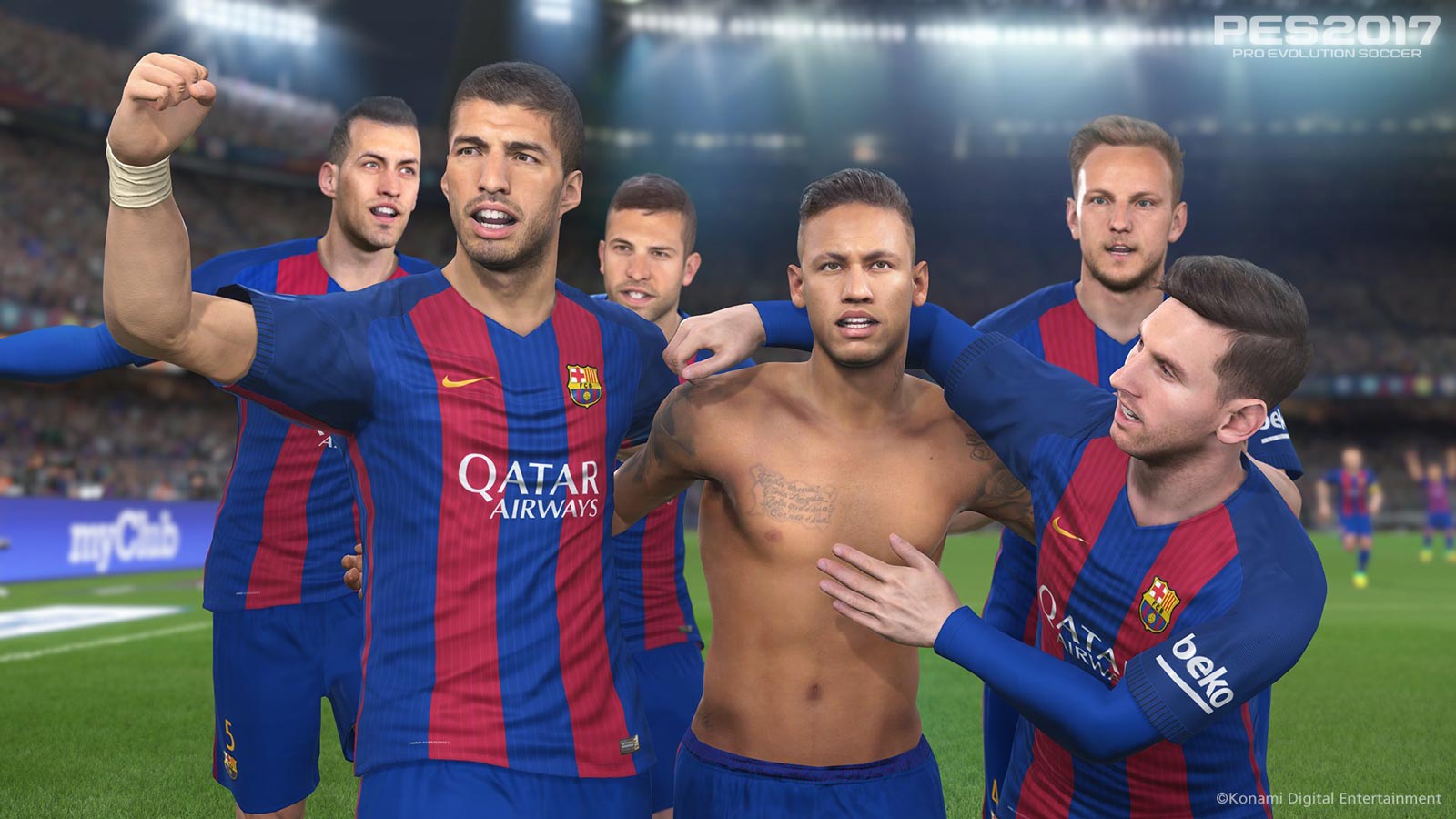 Smarter AI that adapts to your play style also helps to keep every game fresh. The improved AI is evident in better player positioning, which combined with better controls makes it easier to create smooth yet kinetic one-two punches to get the ball into the goal. And in the goals, complaints with goalkeeper behaviour in the last game have been addressed. Play style straddles the line between simulation and arcade play delicately and successfully. It’s not a simulation, but it’s not arcade-like in a cheap way.

Knowing your team – who is in it and what they’re best at – more important than ever. You have to be smart, and simply barreling the ball down-field just won’t net you good results. Fortunately, the game does a good job of teaching you some advanced tactics, including the famous “tiki-taka” movement popularised by Barça. There are some extensive tutorials, and learning the intricacies of the controls will be essential to higher-level play. 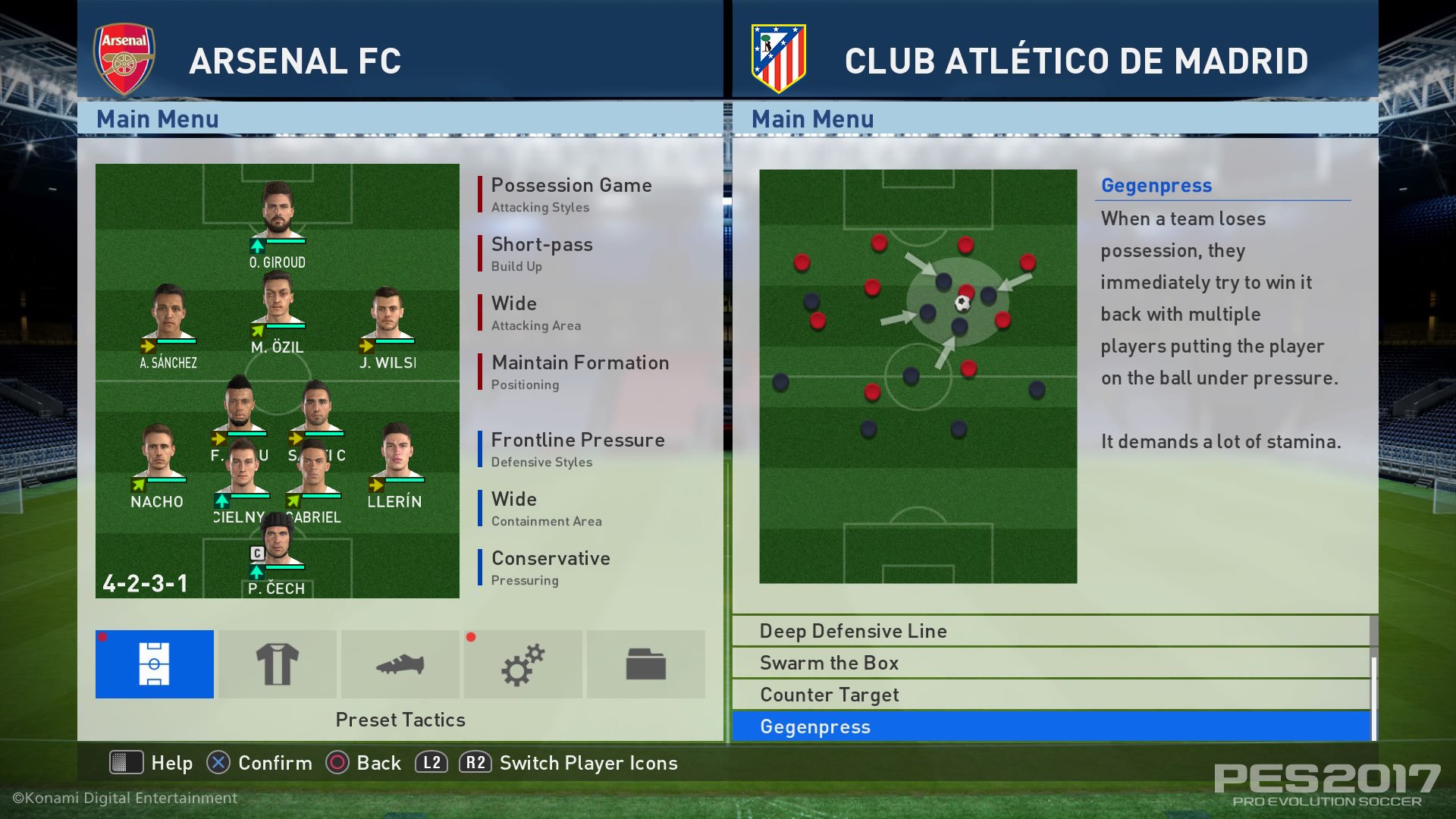 The Pro Evolution Soccer series is known for its lack of licences, relative to rival FIFA. One licence Konami did manage to win however was FC Barcelona – and don’t they want you to remind you. Barça branding is everywhere – from the cover to the opening cinematic, to even the tutorials. Some licences in FIFA and some in PES is distracting, but what more could we expect Konami to do? Certainly giving up all its licences to FIFA was out of the question.

Last year’s game was rightly criticised for its out of date team lists and movements. This year’s version tries to make it very clear that this has been rectified. At the beginning of every match – even exhibition ones, it asks you whether you want to update the team lists. This gets a bit tedious, but it’s nice to see that Konami know that it was an issues last year and have (aggressively) rectified it. The proof in the pudding will come over the years as further movements happen – the start though has been promising. 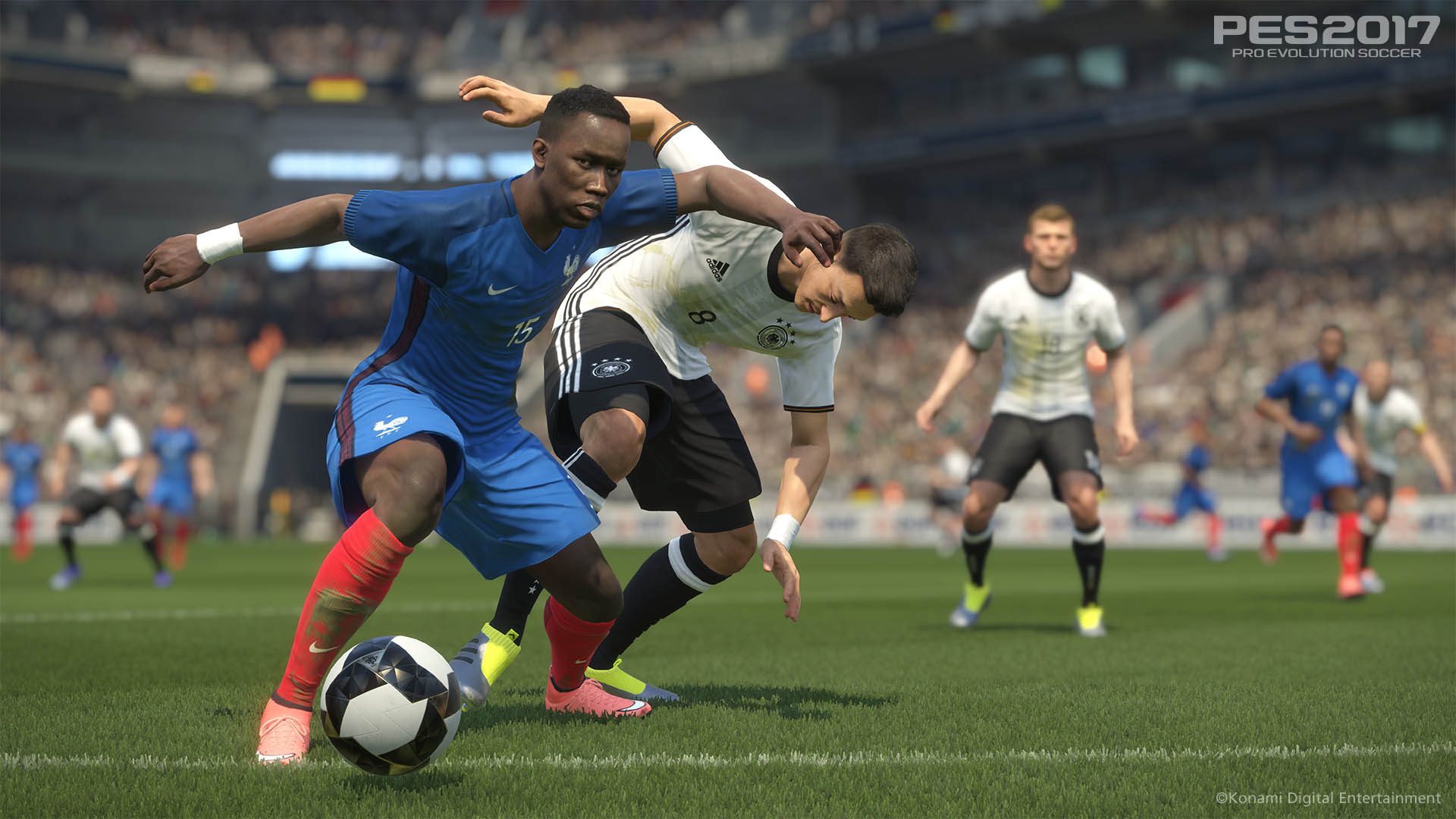 Nevertheless, it is still disappointing to see a number of clubs that aren’t licensed – though their off-Broadway you-won’t believe-it’s-not-butter imitations are a fine substitute, if still a bit tacky. My personal favourite team was there though, so personally I was content, even if I couldn’t match the sheer spectacle of a fully-licenced match.

PES ran smoothly on the review PS4 code. A note of warning however: since PES’s release, PC users have noticed somewhat confusing differences between the console and PC release, with downgraded textures and other removals that hearken back to the last console generation. Until these issues are addressed or made clear you may be better served by the console version at this stage. PC versions of console titles have never been as popular, but it is still disheartening to see the poor effort made on what should be the superior platform.

In most years it’s relatively easy know which of this year’s football games to recommend. This year is different. PES 2017 is such a good game that solidly builds upon its predecessor without any regressions, that from my time with it I would easily recommend it to anyone interested. The only caveats are to PC games and those who are fans of clubs not licenced. If gameplay however is top of the list for you then give FIFA the boot this year and load up PES 2017.