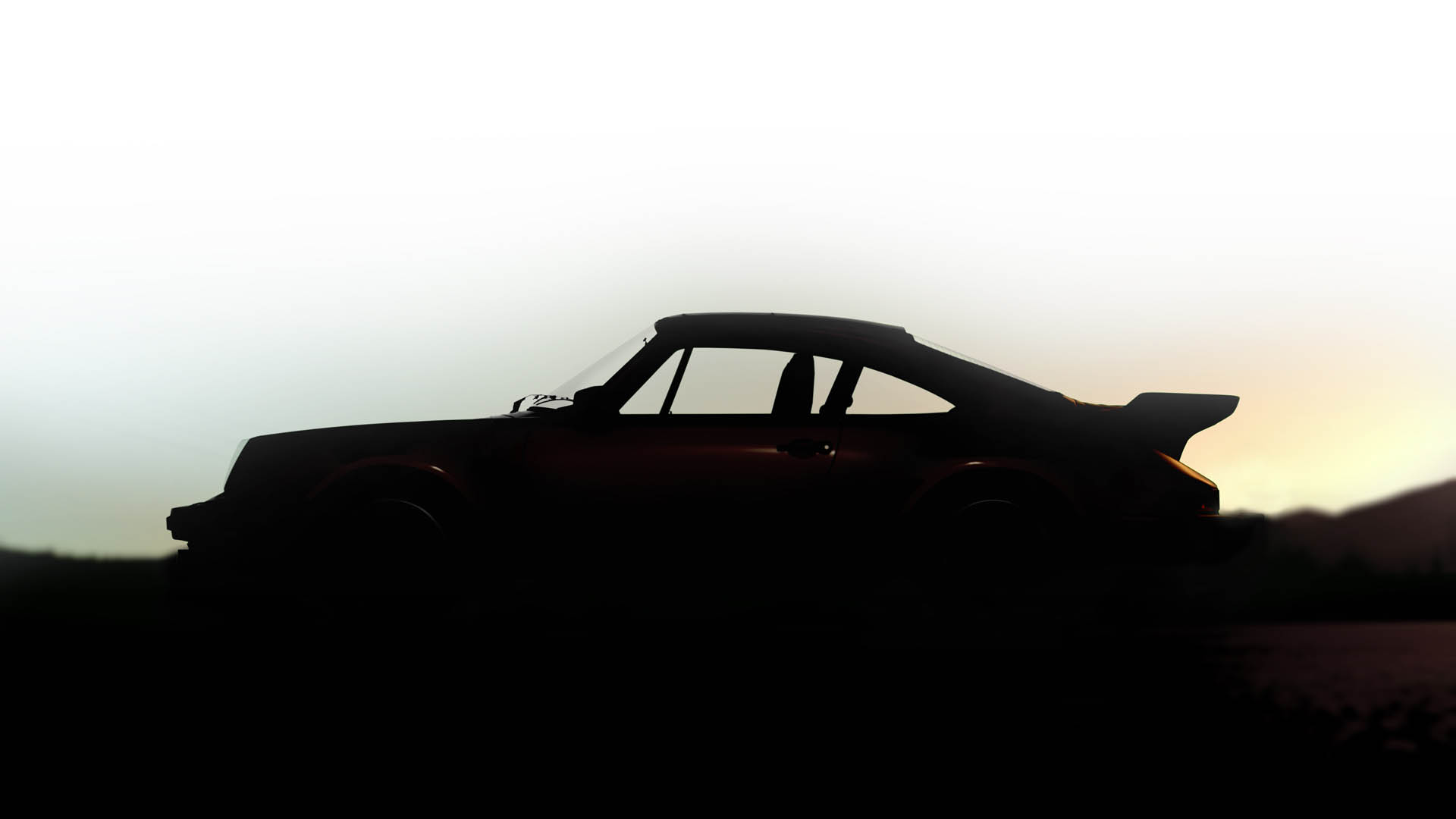 Arriving on June 9th, 2015 for Xbox One, the Forza Horizon 2 Porsche Expansion will bring ten Porsche models for the first time to an Xbox One Forza game. With Porsche models like the 1989 944 Turbo, the 2003 Carrera GT, and, perhaps the most exciting Porsche in recent memory, the 2014 Porsche 918 Spyder, the Porsche Expansion Pack will give fans the chance to explore southern Europe in some of the legendary German manufacturer’s most beloved cars.

In addition to an amazing lineup of cars, the Forza Horizon 2 Porsche Expansion will include 10 new Porsche-themed Bucket List events in Forza Horizon 2, 10 exclusive Porsche Rivals events, and 15 achievements worth a total of 500 Gamerscore points on Xbox Live.

Bringing Porsche to Forza Horizon 2 is fantastic news for Xbox fans and, even better, it’s just the start! Xbox are excited to share that they are working together with Porsche and EA to deliver the Porsche experience to Forza Motorsport 6 players in 2016. We’ll have more details to share in the future on the integration.

The Forza Horizon 2 Porsche Expansion now available on Xbox One in the Xbox Store or through the Forza Hub app for Xbox One. Here’s the list of cars included in the expansion:

2003 Porsche Carrera GT
Unveiled at the 2003 Geneva Auto Show, the 2003 Carrera GT was Porsche’s first concept car since the last 959 rolled off the line in 1988. With the Carrera GT, Porsche has taken the use of lightweight materials to a new level with its carbon-fiber monocoque chassis, magnesium wheels and titanium pushrods. The result is a motor with almost zero rotational inertia, and a chassis that has nearly zero flex. And yes, it’s light. The 5.7-liter V10 creates 605 horsepower and throttle response likened to an F1 racing car. The Carrera GT will hit 124 miles per hour in less than 10 seconds and has a top speed of 205 mph. This is a driver’s supercar that is superbly engineered and puts the responsibility of reaching its performance potential firmly with the pilot. Unlike faster cars in its class, handling in corners was not compromised for top speed potential. These factors spell one thing – Porsche! 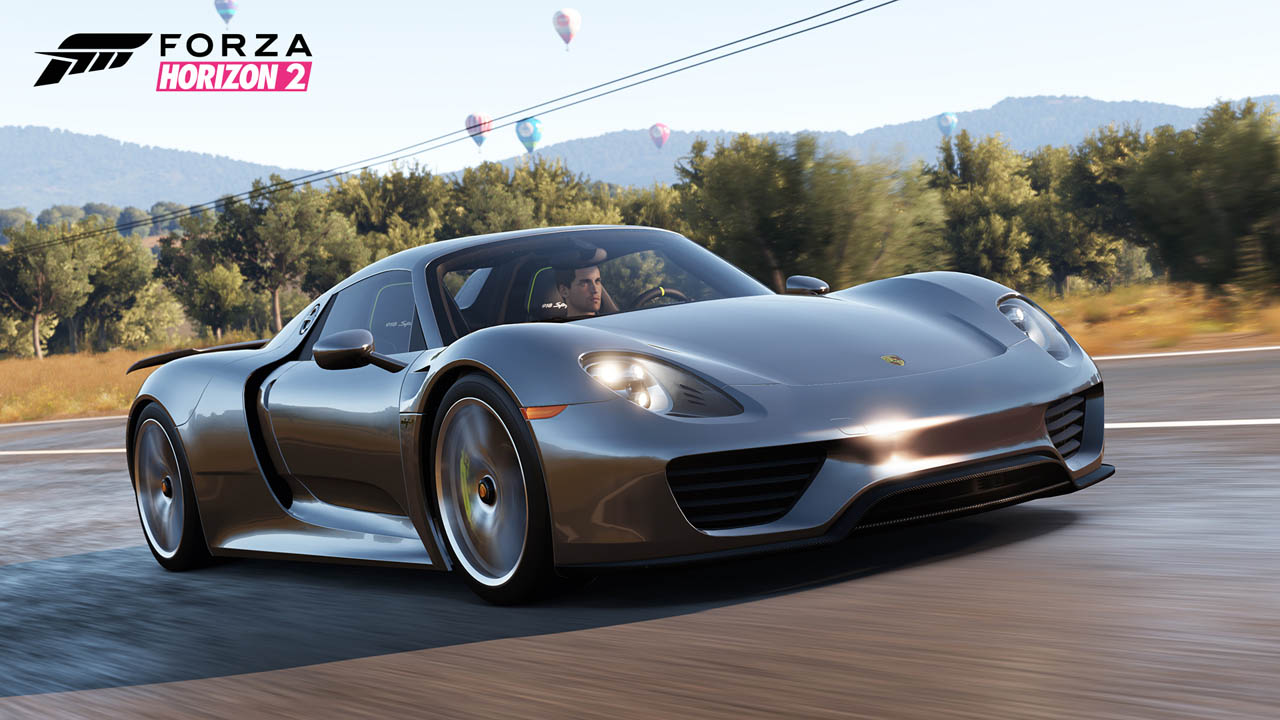 1989 Porsche 944 Turbo
The 1989 Porsche 944 Turbo represents the highest level of performance the 944 model line ever reached. For 1989, the 944 Turbo retained all the features of the 944 Turbo S, except the “S.” This includes 30 more horsepower, larger brakes, larger sway bars, a limited-slip differential and ABS. Many will attest to the 944 Turbo’s performance being that of a supercar, but at a sports car’s price. Delivering almost 250 horsepower from its four-cylinder 8-valve 2.5-liter engine, it will do a quarter mile in about 14 seconds, 0-60 in 5.5 seconds, and reach a top speed of 162 mph. Even though quite affordable today and readily available, the experience you get in Forza Horizon 2 will give you a taste, without having to sign any paperwork. 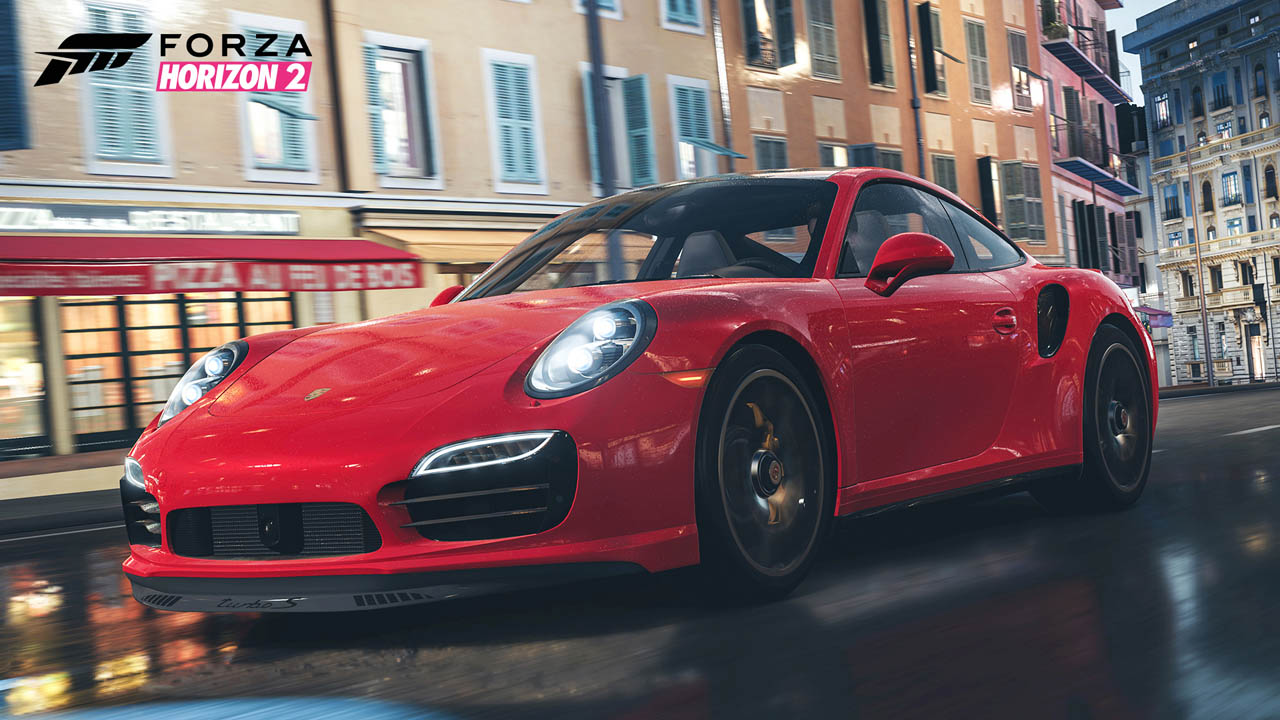 1987 Porsche 959
Porsche’s deep pockets and never-ending desire to explore possibilities drove the near-endless list of innovations that make up the Porsche 959. Some call the 959 Porsche’s supercar. Technologically speaking, the car is worlds away from any car of the era and, with only 230 built, the term “exotic” is fitting. The estimated build cost of each 959 was more than $500,000 but the cars sold for $225,000 at the time. Porsche called it an investment, hoping components could be used in future models. However, the only technology ever used was the four-wheel drive system that was part of the Carrera 4. The 959 derives its power from the 962 Group C racecar and puts out 450 horsepower, the highest on record at the time for a road car. The car uses a sequential twin-turbo which aids responsiveness and efficiency in power delivery. The 959’s race history is both on and off-road; it even won its class in the Paris-Dakar Rally. 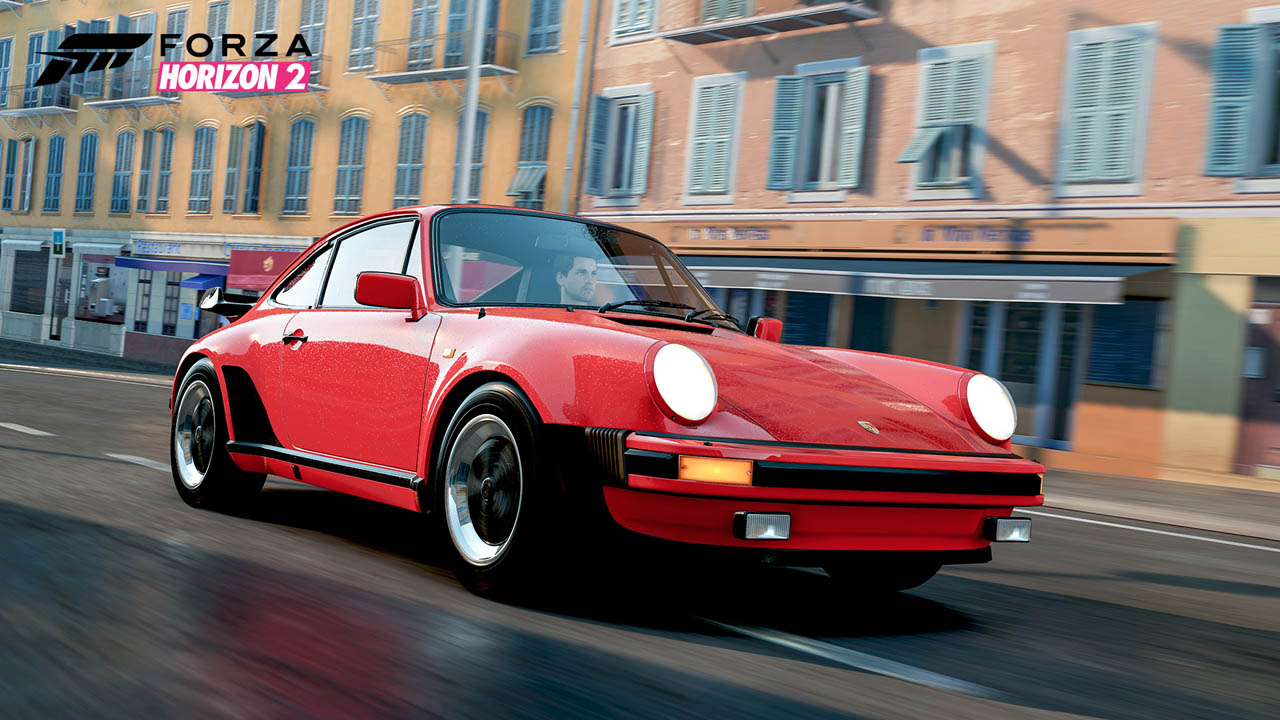 1982 Porsche 911 Turbo 3.3
The early 1980s were a challenging time for performance cars in the U.S. due to ever-increasing EPA regulations. Things were so challenging, in fact, that the 911 Turbo – known as the 930 in America – was withheld from U.S. and Japanese markets until 1986. The flared wheel arches and whale-tail are definitive characteristics of the 911 Turbo. Despite its evident turbo-lag, the 296 horsepower, air-cooled, flat-six delivers aggressive performance and strong acceleration. Power was delivered through a four-speed, though a five-speed was available in the non-turbo Carrera. While 911’s have always been blessed with oversteer, when coupled with the turbo-lag, the car can be more than a handful when accelerating through a corner. It’s hard to believe that at the time, some at Porsche considered letting the 928 replace the 911. Thanks to Peter W. Schultz, then CEO of Porsche, the 911’s future was ensured and thus the continued success of the iconic 911 line and the company maintained. 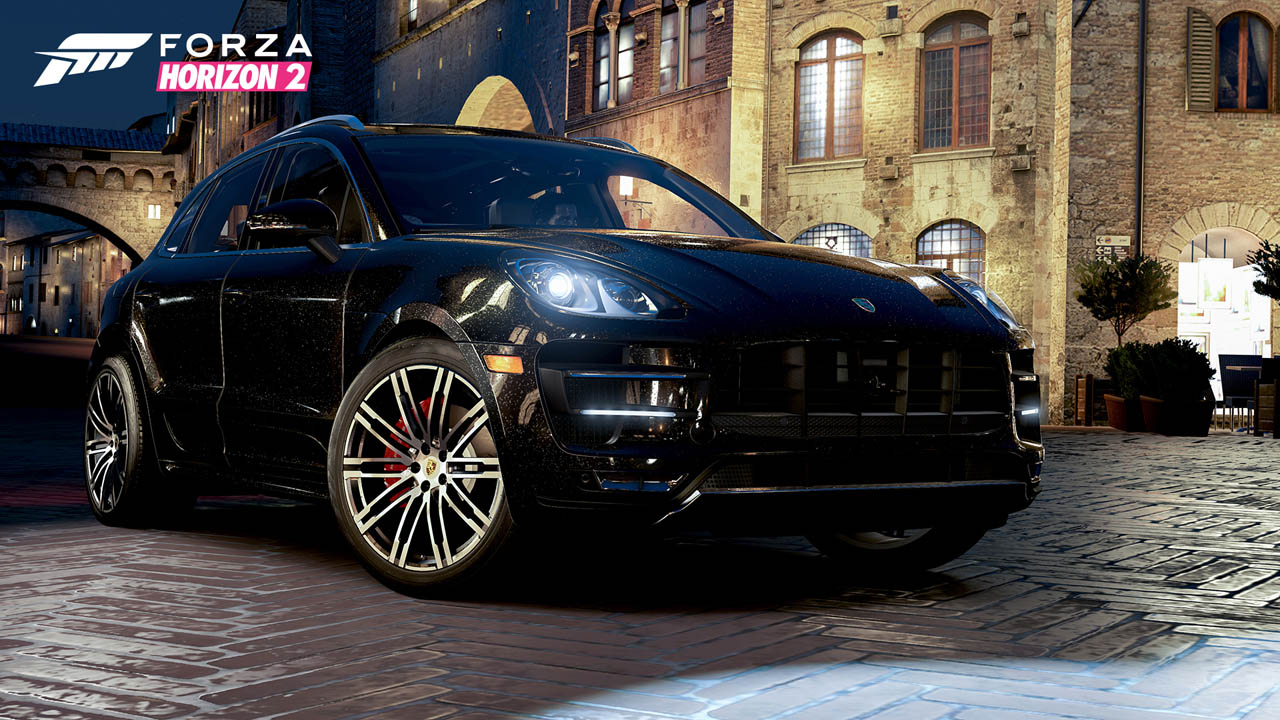 1970 Porsche 914/6
Conceived in collaboration with Volkswagen, the 914 was to be an economical sports car replacing the VW Karman Ghia and giving Porsche something to call entry-level. Most were produced with VW flat-four-cylinder motors and, in Europe, these were VW badged as well. The 2.0-liter flat-six makes significantly more horsepower than the largest VW flat-four available in the other models of its era. All had a five-speed transaxle. Porsche entered a 914/6 GT in the 1970 24 Hours of Le Mans endurance race and it took its class and sixth overall – not too shabby for an entry-level sports car. The 914’s mid-engine, rear-wheel drive and near perfect weight balance make it a confidence-inspiring driver through corners. It’s also an endearing starting point for those wishing to own a Porsche, with a combination of fine performance and elegant aesthetics.

2015 Porsche Cayman GTS
There is nothing entry-level about the Cayman GTS. Performance numbers put the Cayman GTS right alongside a base 911 Carrera. When you look at it from the perspective of what car you are getting for your money, it really just comes down to where you want the engine. The Cayman is, of course, a mid-engine design that eliminates the back seat while providing improved weight balance. In car that is meant to take the twist out of every turn, who needs a back seat anyway?

2012 Porsche 911 GT3 RS 4.0 (997)
The 911 GT3 RS 4.0 takes the 997 out with a bang. It was so late in the coming that Porsche had to restart production on the model. The result was something special. All 600 RS 4.0 models sold like hot cakes thanks to the car’s amazing performance. The fact is, most GT3 owners take their rides to the track regularly, and the RS 4.0 is the king of GT3s. The 4.0 in the moniker stands for the displacement, which is 0.2 liters larger than the GT3. That displacement comes from a longer stroke and, coupled with enhanced air-flow, titanium connecting rods, and a single-mass flywheel, the RS 4.0 brings 50 more horsepower to the track. The roar of the flat-six is more than enough to encourage hitting the 8,500 rpm redline, but this race-bred brute just loves to scream throughout the powerband. Sure you can drive the GT3 RS 4.0 on the road, but just make sure that road leads to the nearest race circuit just in case. 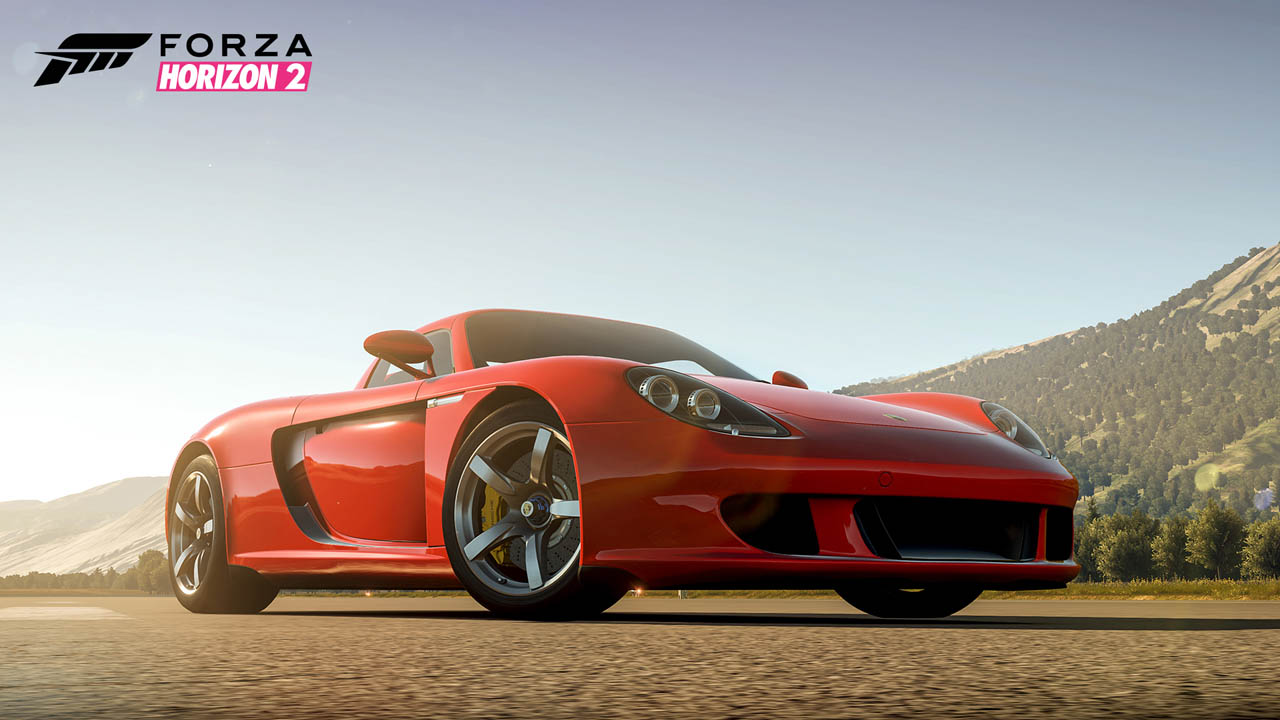 2014 Porsche 911 Turbo S
If you have a problem accepting progress, or if technology frustrates you, the 2014 911 Turbo S is here to help. The car’s amazing healing powers come in the form of 560 horsepower emanating from the 3.8-liter twin-turbo flat-six. Those compressors offer further therapeutic benefits from variable vane technology that helps them spin up even faster. To keep the tires from spinning, the Turbo S is all-wheel-drive. Thanks to a new liquid-cooled Haldex hydraulic device, the front wheels can handle even more torque. When you put this kind of uncanny acceleration together with world-class top speeds, the 911 Turbo S could be considered a supercar in touring car clothing. New four-wheel steering technology enables tighter and more stable turns at slow or high speed, ensuring that any questions about the value of progress are completely validated.

2014 Porsche 918 Spyder
The 918 Spyder is the starting point of a new era of performance and has raised the bar of what can be expected of a hypercar. With nearly 900 combined horsepower from its 4.6-liter naturally-aspirated flat crank V8 and its hybrid electrical system, and built almost completely of carbon fiber, the 918 is a technological marvel. Consider its accomplishments: the 918 Spyder already set a production car lap record at Mazda Raceway Laguna Seca and shattered the production car record at the Nürburgring by 14 seconds.  It is also visually stunning in all regards and distinctly Porsche, despite looking like nothing else the company has ever produced. In short, with the 918, convention was left by the wayside and innovation can be found at every angle. The result is nothing less than the spark of a new generation of the highest performing vehicles the world has ever seen. 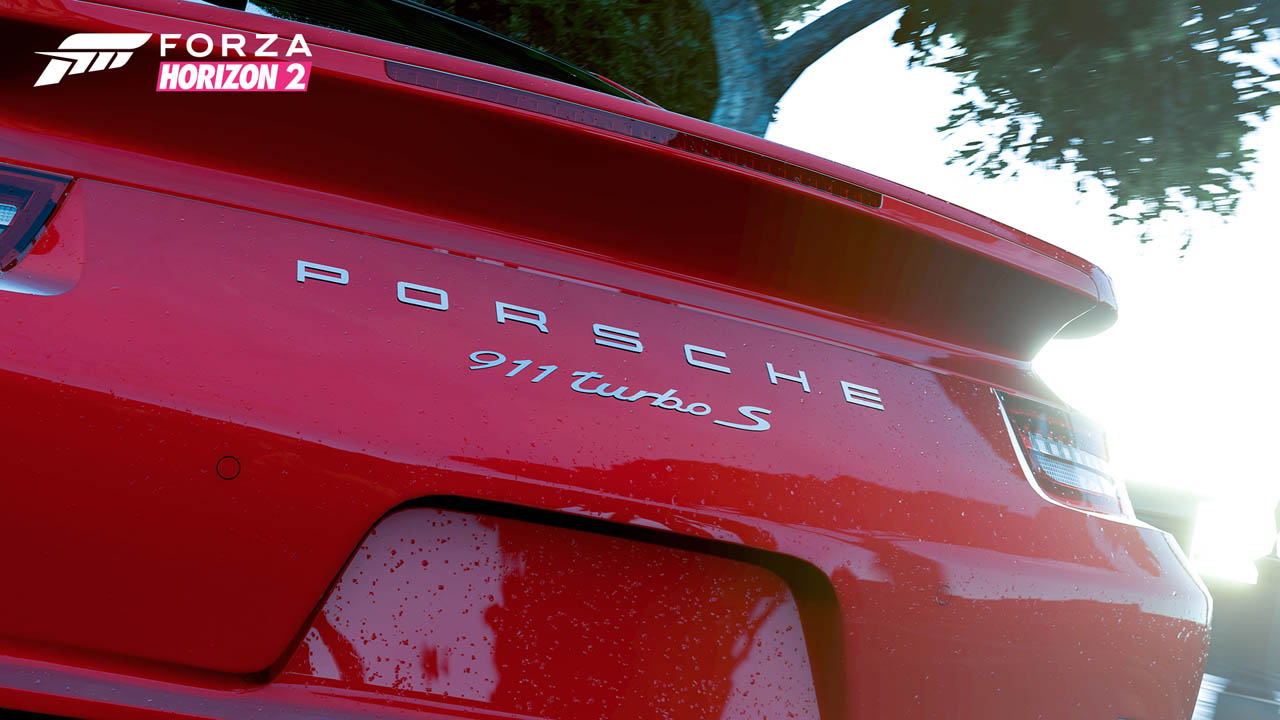 2015 Porsche Macan Turbo
When Porsche entered the SUV market years ago with the Cayenne, some were skeptical. What should have come as no surprise is that Porsche created something amazing. Like the tiger from which it gets its name, the Macan is at once beautiful and powerful. It barrels its way to highway speed, delivers its occupants to their destination in stately comfort, and has looks that draw the eye. With the Macan, Porsche has created one of the most exciting vehicles in a class where excitement isn’t usually the rule of law. But, then again, it’s Porsche – shouldn’t we have expected this?