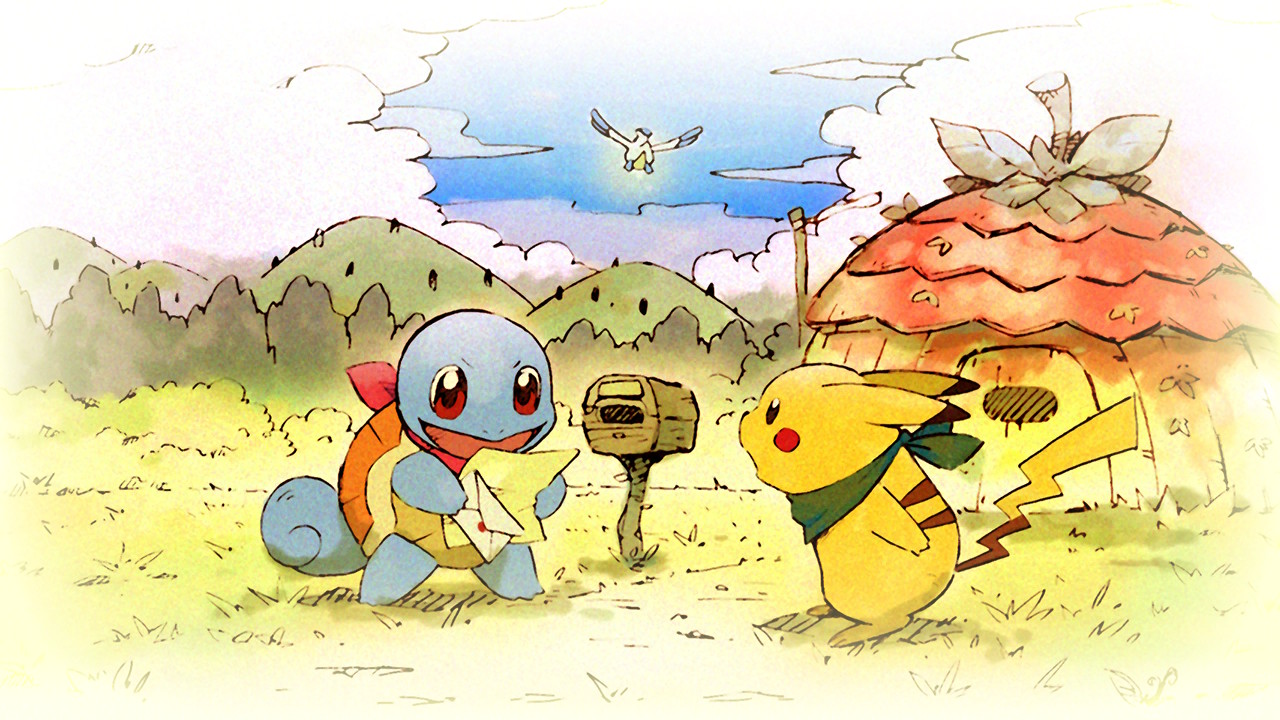 The Switch has brought us some truly fantastic new games, some amazing remakes of old games, and some game titles which are far too long. Pokémon Mystery Dungeon: Rescue Team DX brings us a long name, a long game, and an OK remake.

Pokémon Mystery Dungeon: Rescue Team DX has you, a human, waking up in the body of a Pokémon of your choice. The game asks you some questions about your personality, but I immediately chose the option to choose another Pokémon so I could play as Charmander.

Your character wakes up, quickly adapting to the Pokémon transformation after discovering that all the Pokémon can talk and joins the partner of your choosing. I chose Pikachu. Your partner convinces you to make a Rescue Team and the story kicks off. 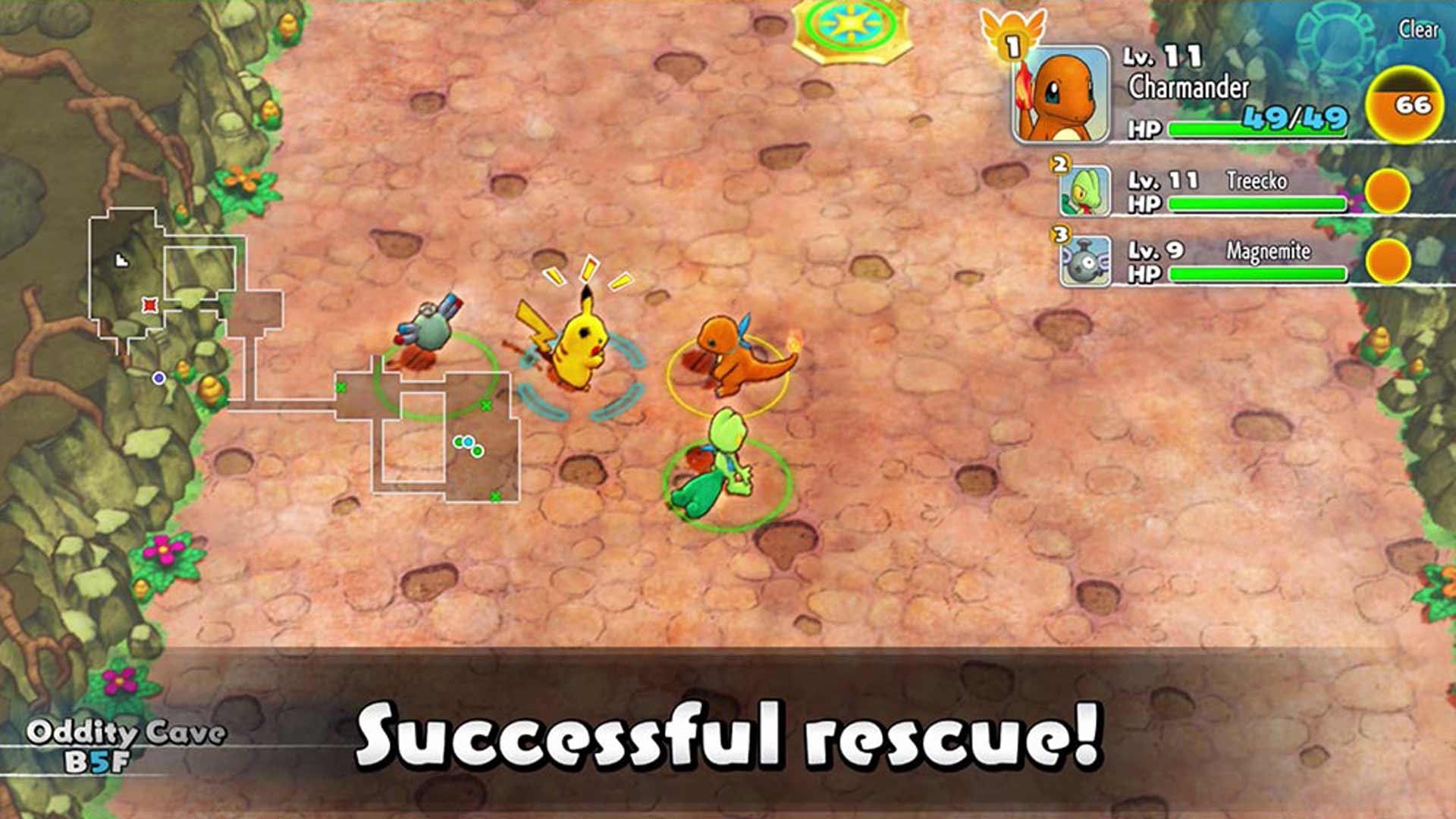 The story is a mixed bag.

There is some good dialogue with good enough humour throughout, but a lot of that gets repetitive. I like the society that is shown whereby Pokémon all have their roles from the Pelipers running the post office, to the Persian running the bank, to Makuhita running the Dojo. This combined with the major job of many being the Rescue Teams whose sole job is finding and helping the Pokémon lost in dungeons, or finding lost items, gives this feeling of pure joy without those pesky Pokémon with their Pokéballs.

Even the bad guys’ strategy is to help enough Pokémon that they can rule the world. 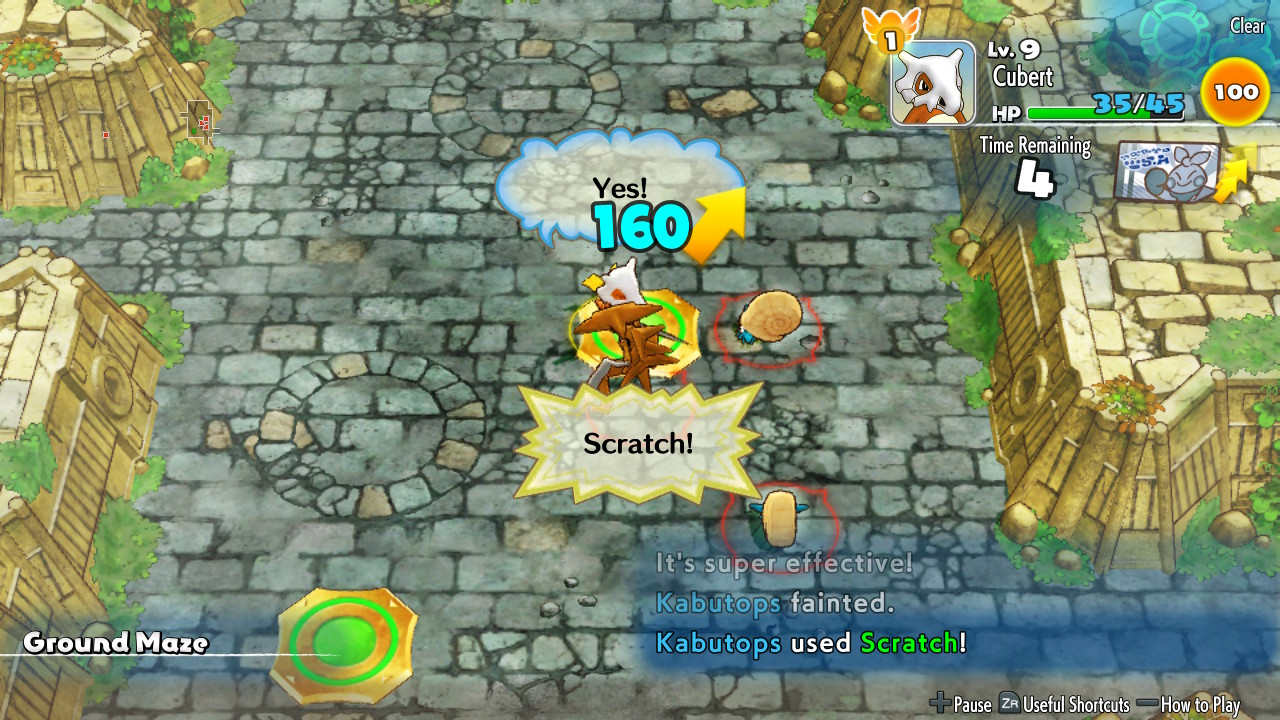 The Pokémon series isn’t known for innovative gameplay, tending rather to be a repetitive slog that is saved by ‘it’s fun to catch them all’ hook. They have taken this to the extreme with Pokémon Mystery Dungeon: Rescue Team DX as the game is a robust dungeon crawling experience that gets repetitive a few hours in.

You move your team of up to three Pokémon into a randomly generated dungeon where you make your way through the floors. Dungeons are grids where you battle your way through waves using tactical RPG fights as everyone has their turn when you attack or move, and attacks have a grid range. It does a serviceable job in each of these areas, but without any major innovations it gets old fast.

When it comes to a game that is this repetitive, there is a way to keep me playing and that is giving me a hook. You can build habitats letting you recruit Pokémon from dungeons, but that wasn’t the hook that got me. What kept me in was the gorgeous art style.

Pokémon Mystery Dungeon: Rescue Team DX takes the brilliantly formed anime design and gives it a shader that makes the whole thing looks like it has been done in a watercolour style story book. Initially I figured it was a cut scene thing, but the whole game is so beautifully designed and animated that it was an absolute treat to the eyes for the dozens of hours I spent doing repetitive missions saving the same Pokémon.

Pokémon Mystery Dungeon: Rescue Team DX isn’t a revolutionary game in any way except its art.

A thin plot is made thinner with massive amounts of repetitive gameplay in between, but it also becomes a relaxing game where you can sit back and chip your way through a dungeon. Turn your brain off too much and you will be overwhelmed, losing your stuff adding a slight feeling of challenge.

The art style and competent gameplay does make it a good recommendation to Pokémon nuts. 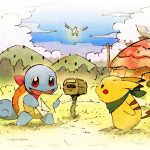 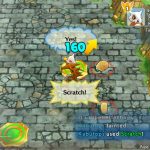 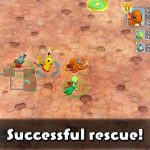 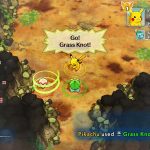