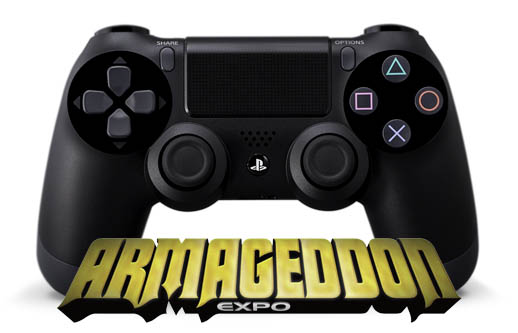 It’s been a couple of years since I attended Armageddon. I’m sure if I look back there are a number of reasons I couldn’t go, but this year there was really just one big reason I needed to attend: PS4.

We’re only a month out from console release for both Xbox and PlayStation, so coming into this years Armageddon I knew there must be some excellent stuff to get my hands on. It would seem a number of people had the same idea, since Armageddon saw 60,000 people through the doors over the entire event. And at the end of the weekend, I can safely say I was not disappointed. 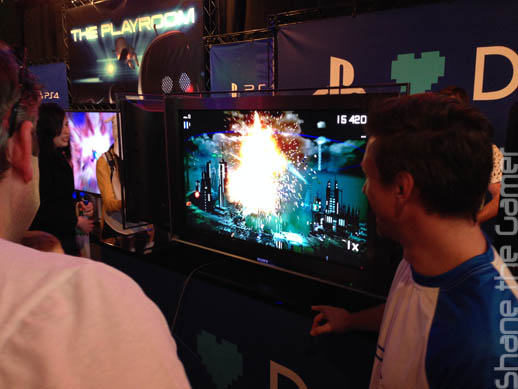 Coming out of Digital NatioNZ, the last time I had a chance to get hands on with the PS4, I couldn’t help but notice the console itself was not on display. Sure, you could play PS4 games but they were running on test kits rather than the actual console and it just didn’t feel like the full experience. Coming to Armageddon however, one of the first things I noticed was a PS4 sitting underneath the TV, powered on, and clearly running the game. Awesome.

The biggest thing I took away from the PlayStation booth at Armageddon was the sense of community and excitement felt by both the people working and the people attending. The entire layout was enclosed but welcoming, with a DJ in the centre blasting music (perhaps a little too loud at times) and PlayStation’s new mantra “This is 4 the Players” plastered around the area, the place really did feel like a celebration of gaming. 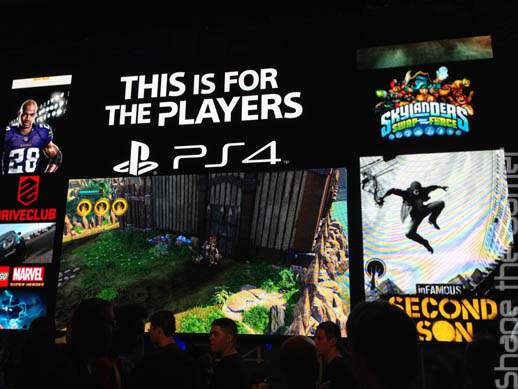 It was nice seeing the living room experience recreated somewhat throughout the PlayStation booth as well. Both The Playroom and Knack were set up to play while sitting in some nice comfy couches. The lighting of the expo didn’t help show off the true quality of the PlayStation Camera, it was still cool being able to visualise this game in my own house rather than the cheesy gameplay videos normally put out for these AR and motion control type games. Knack was similar in its setup, albeit visualised on an enormous screen. Still, there were a number of times over the weekend I would walk past and see a kid staring up at Knack while Mum and Dad sat either side of him.

Of course there was a lot to see and do as well. Like Digital NatioNZ The PS4 was showcased through the likes of Knack, The Playroom, and DriveClub as well as the indie titles Contrast, Octodad, Hohokum. Armageddon also featured hands on with Resogun, another indie title coming free for the first month to PS4 through PlayStation Plus. If you haven’t heard or seen anything about this title before I seriously recommend you check out some gameplay footage. It’s heavily inspired by old arcade games, looks amazing, and plays frantically fast. 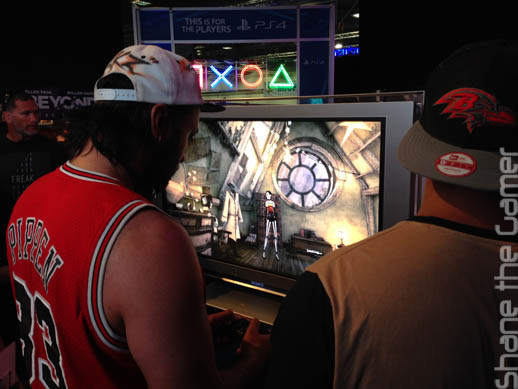 The big PS4 title I was eager to get hands on with was of course Killzone: Shadowfall, which wasn’t at DNZ. After being ushered into a closed off room, I was greeted by a 5v5 multiplayer setup with a number of maps and game modes. Awesome. Of course the controls took a bit of getting used to since zoom and fire have finally switched to the left and right trigger buttons to take advantage of the drastically improved Dualshock 4 controller. The gameplay looks and feels fresh and beautiful, and while the game is currently only featuring local singleplayer, there is talk from the devs of introducing co-op content following release. I know a great number of FPS players are either team COD or team BF, but seriously don’t ignore Killzone: Shadowfall, it’s a doozy. 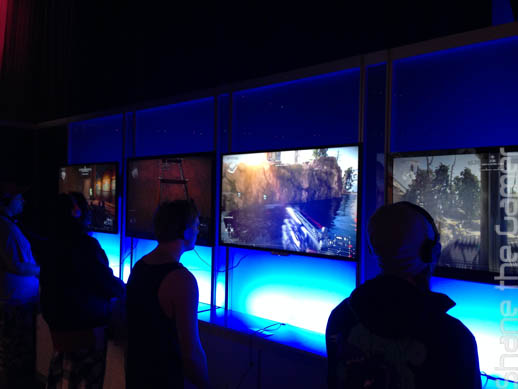 Armageddon for PlayStation wasn’t just about the PS4 either with the rest of the PlayStation systems represented through the like of Gran Turismo 6, Ratchet & Clank: Into the Nexus, and Beyond: Two Souls showing off the latest for the PS3, as well as Tearaway available for people to check out on the PS Vita. Tearaway is just one of a number of titles released recently for the Vita, whose library is now seriously impressive, not to mention the number of interactive features the portable device will have with the PS4. The titles still being released for the PS3 speaks to the ongoing support the platform will receive in the coming years after the release of the PS4. 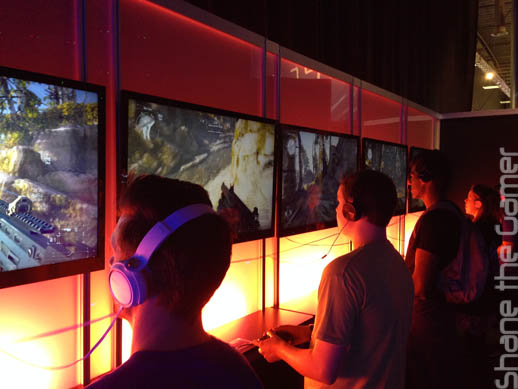 It was great to get back to Armageddon. The quality of games available was fantastic, and the amount of titles available speaks partly to the impending releases, but also to how the NZ culture of gaming is really flourishing. At the PlayStation booth I had two highlights to take away from the expo. The first was the spontaneous performance by two Daft Punk cosplayers in the DJ booth when “Get Lucky” was playing. I don’t know if it was planned, or a moment of serendipity, but that was truly epic. The second highlight for me has to be winning a game of AR Hockey against Luke from PlayStation. Luke challenged me when he was demonstrating The Playroom at DNZ and absolutely smashed me; it was nice to repay the favour. 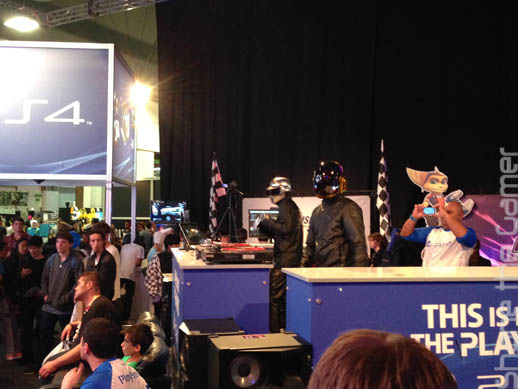 Armageddon 2013 was an important one. It was THE event where kiwi gamers could get their hands and gaming prowess on the PS4, which releases the 29th of November.

See you at the next Armageddon.