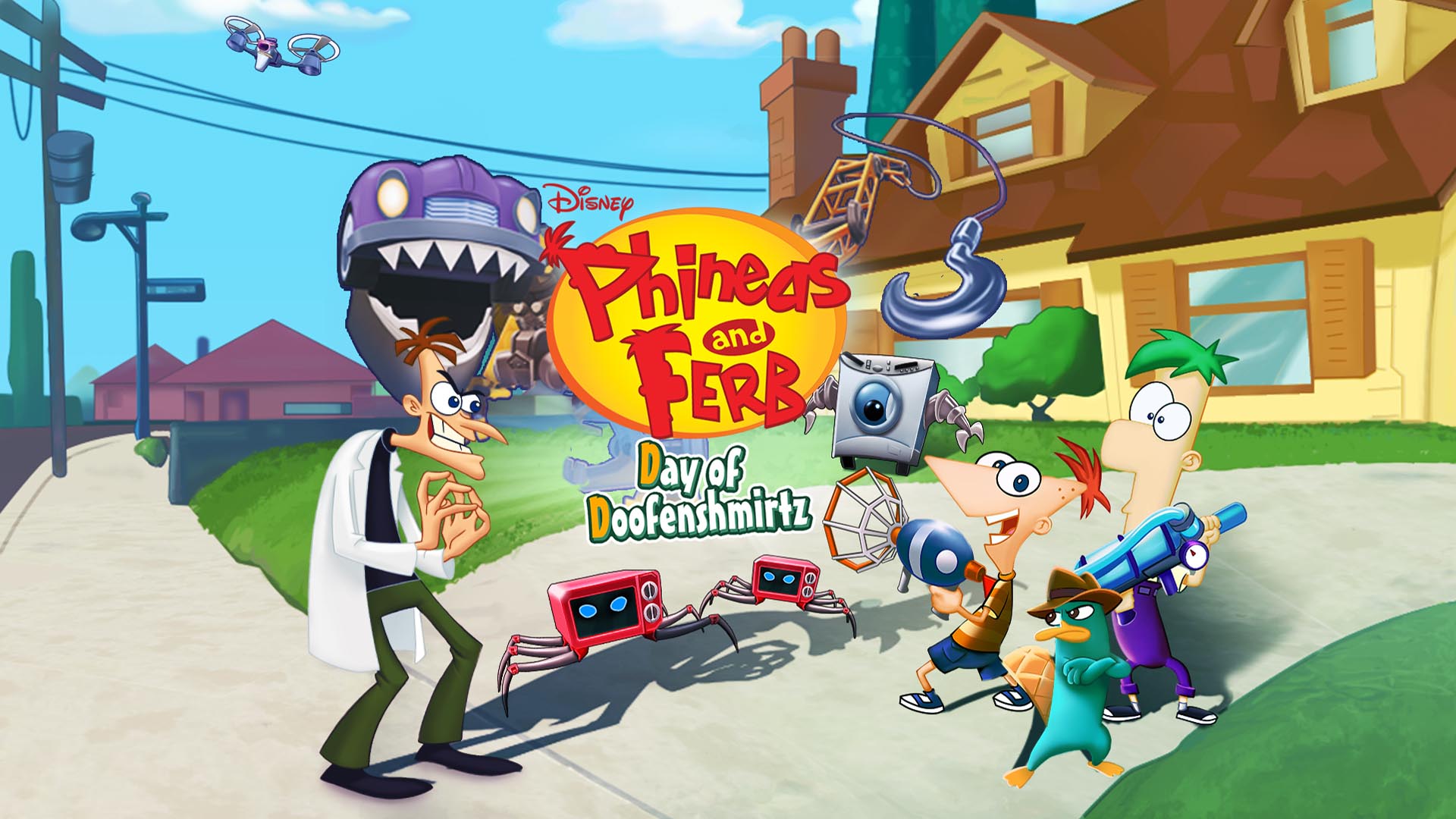 Phineas and Ferb: Day of Doofenshmirtz brings the popular duo for their latest adventure from the TV and onto the Vita, where they must take out the robot they made to fight another robot after it goes on a rampage.

Not knowing the source material (having never watched the show) there may be some clever in jokes or references I am missing, but the story was not fantastic.  It was fine for a reason to play the game and it may appeal more to kids, which is something I have not been able to relate to for a while. 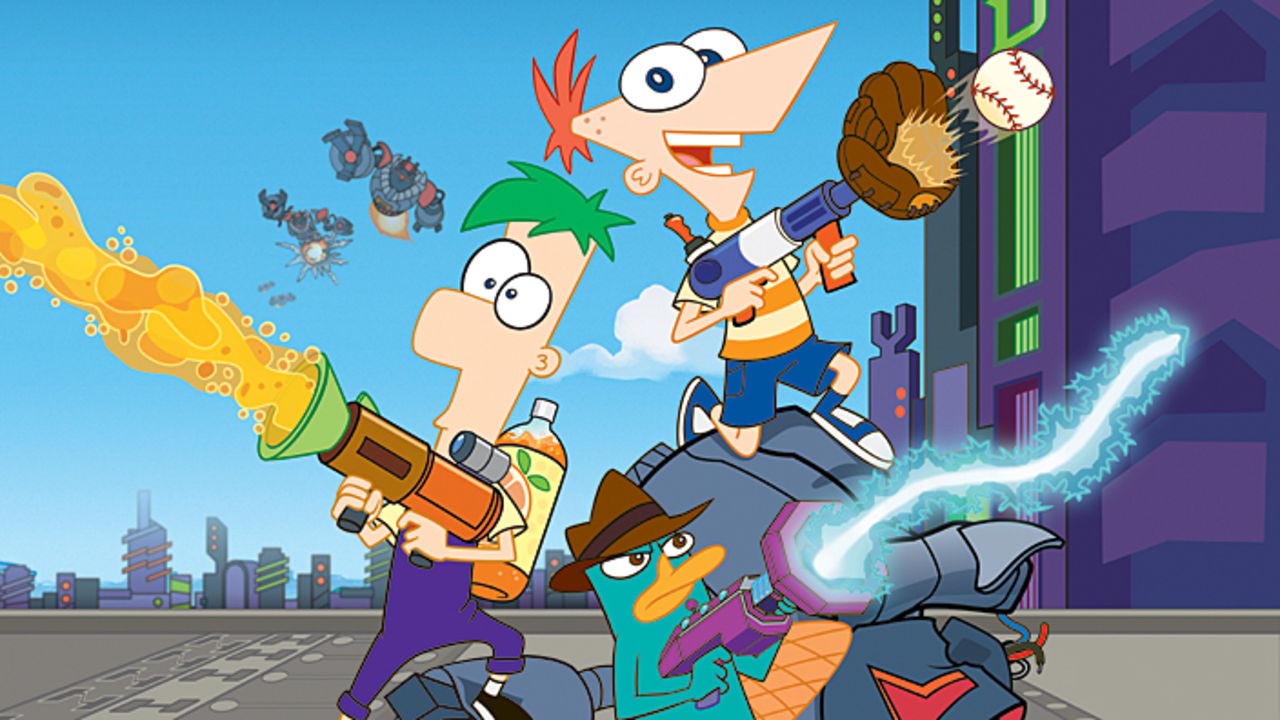 The gameplay is good, I did not encounter a single glitch, but I found the shooting mechanics frustrating as it is a cell shaded 3D platformer and I found myself shooting behind enemies regularly.  This is not great as shooting is one of the core mechanics and each time I shot I found myself knowing it was a 50/50 gamble. The same goes for jumping on moving objects (the other core mechanic).  There was no easy way to know how close I was to objects so not knowing if I was going to fall to my doom or land on the object I expected to land on was a little annoying.

The graphics were OK.  The characters looked really well designed but the world was a bit flat.  It was far from unplayable but was not ground breaking either. This was probably the cause of the aforementioned issues with where your character may land or where the bullets may go. 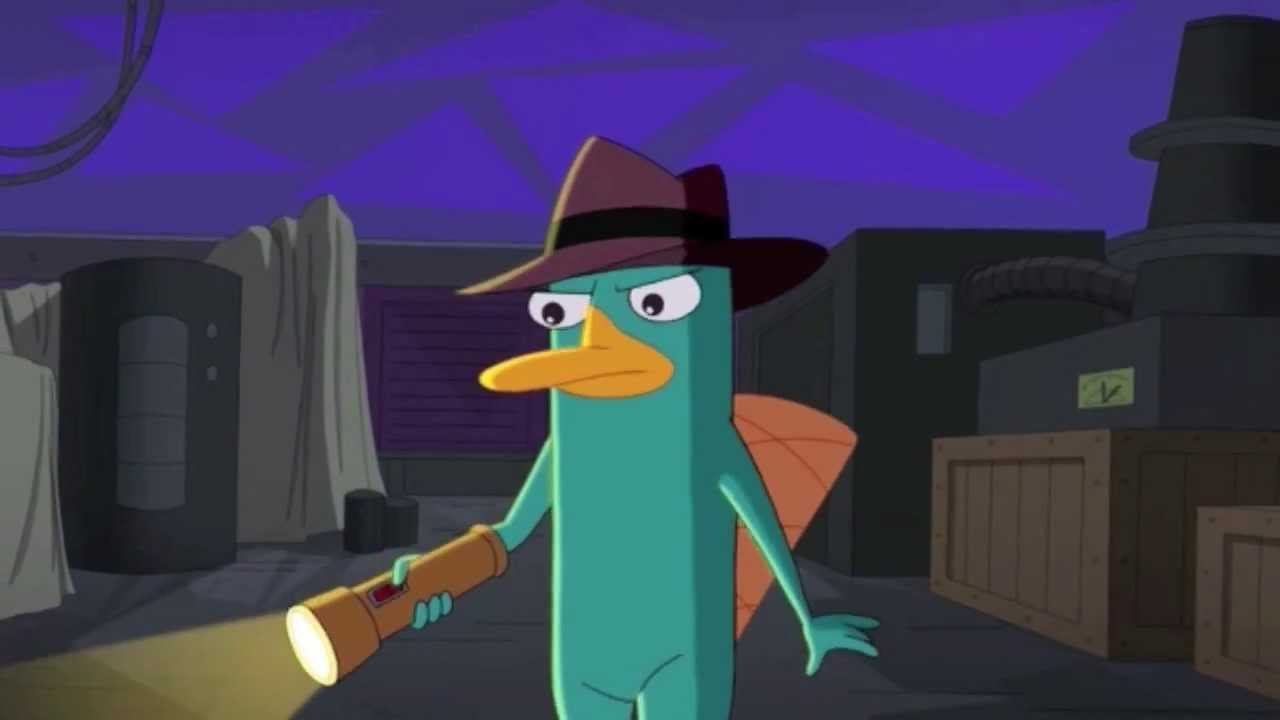 Some were in the story like a conveyor belt game where you had to jump back and forth on the ends of some conveyor belts to get some junk from A to B, which was not overly hard but it was certainly enjoyable.  Another minigame is in the title screen where you just tap on flying objects on the screen to unlock some costumes, which was tedious after a couple of minutes. The best minigame was in one of the menus where you can jump into an evil arcade machine to play a basic space shooter, which I will not lie, I killed a few hours playing. 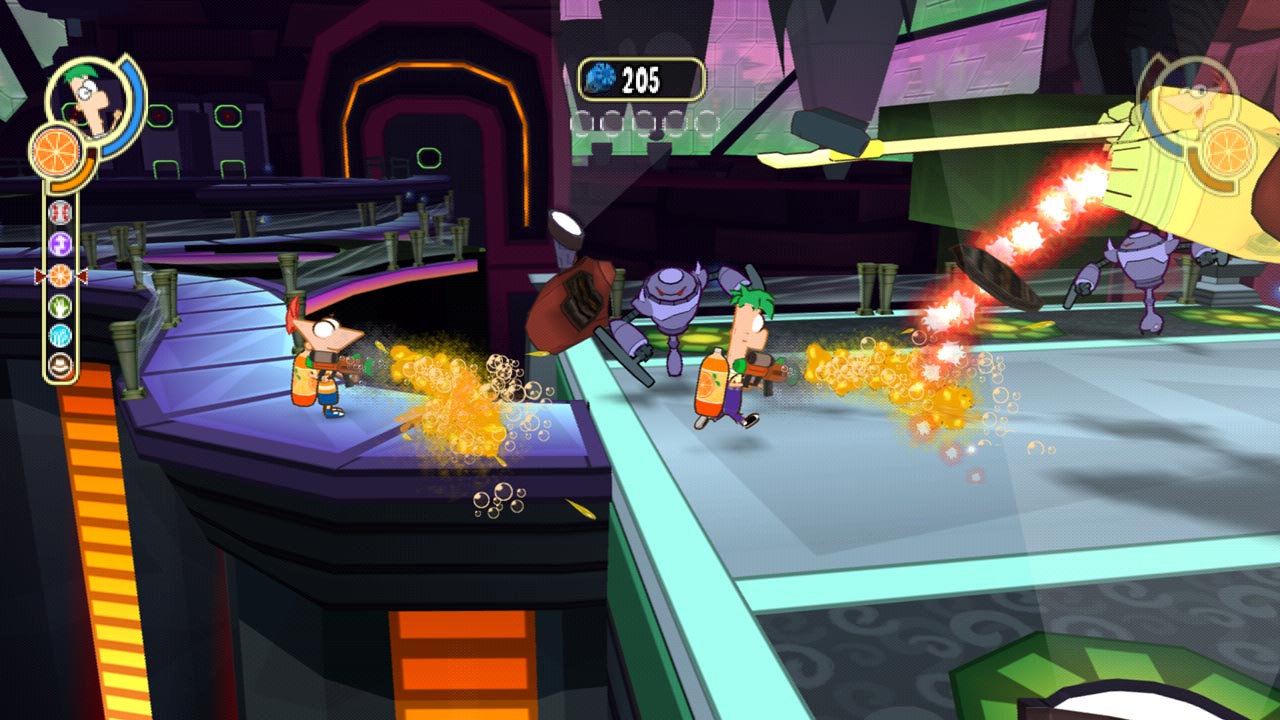 Another thing the game did well was replay value.  Each Level is full of collectibles and depending on how many you got – you get a score at the end.  Not getting the S ranking had me replaying many Levels to find all of the secret areas (which are plentiful) and even after a good week of smashing the game, I did not S rank all of the Levels.

Switching between the characters Phineas and Ferb also has its advantages. Phineas is more agile and Ferb can take more damage.  It’s not much but it is enough of a reason to utilise both characters throughout the game.

The game’s load times can take up to 20 seconds, which is really quite disappointing as when you finish a Level you need to wait on a load screen to go to the Level Select screen, then wait for another load time when you select the next Level.  At the end of a Level you can replay it or continue which takes you back to that Level Select screen, again.  If it was just one load screen to progress it would not be as bad but having to see two load screens to progress really got under my skin. 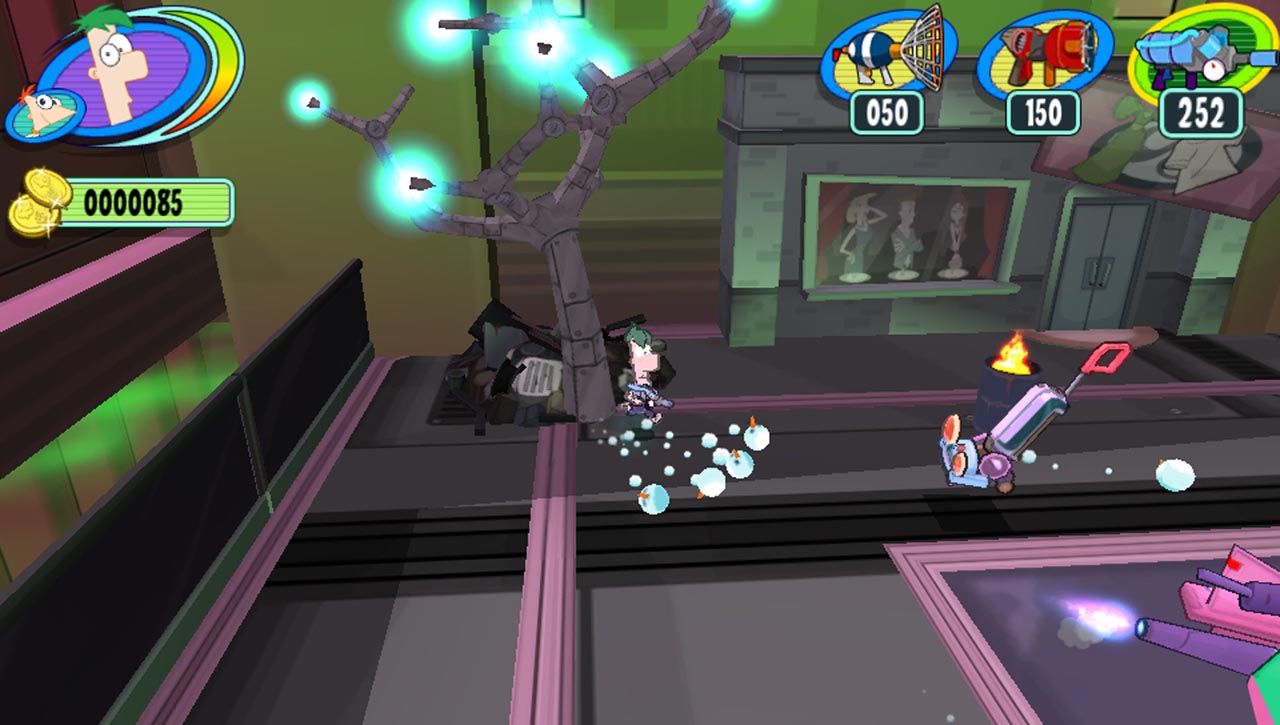 Weapon customisation is great as the weapons each have a selection of different ammo to use and the game is not too punishing when you run out, as when you run out of the upgraded ammo and you are using the gun it reverts to its basic ammo.

But the upgrade system was very tedious.  You find and earn coins throughout gameplay and collect bolts from fallen enemies.  Then to create a new ammo type you need to go into the shop and buy batteries and upgrades.  Then you need to go to the in game computer to upgrade them by using more coins, a required number of batteries, the required number of bolts and the upgrade to craft it.  I found it was too many unnecessary steps to simply buy the new upgrade. 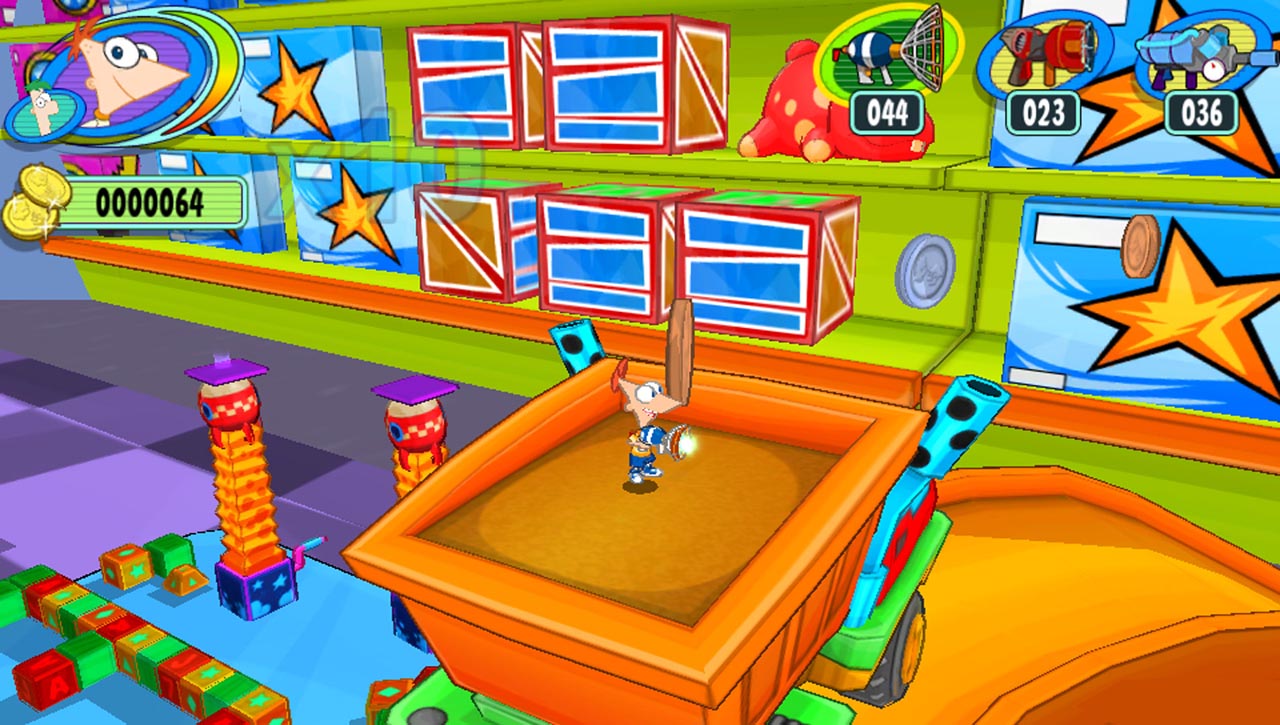 As far as simple platforming games go Phineas and Ferb: Day of Doofenshmirtz was fun enough to be worth the time put in, but it is certainly not a game I would rave about.  But for a child that enjoys the show (probably in the target demographic) it would be a good buy as with its replay value. I am sure it could keep them entertained for a long time.