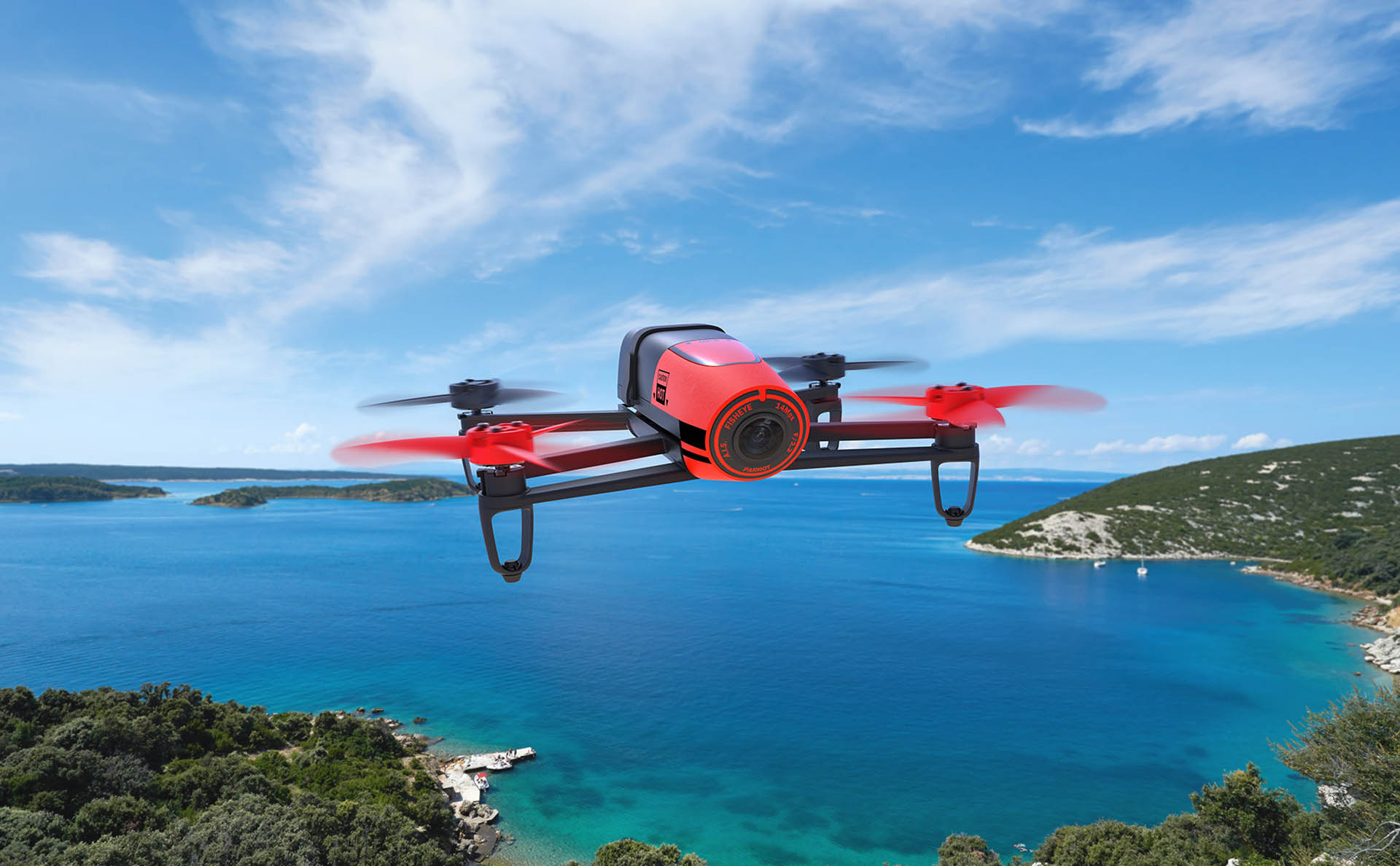 The drone industry has gone from being elite enthusiasts to everyday users and even through to toys for kids. Parrot, makers of the first and highly successful AR Drone prove that they are still the most serious player in what is fast becoming a expansive market.

Not too long ago Parrot re-released the AR Drone with a 2.0 name which boasted a Full HD camera along with other enhancements.

Now – they have totally set the benchmark, with the Bebop which comes with a Skycontroller. As with the AR Drone, you will utilise the official App from the Google Play store for Android or the Apple App store for iPhone / iPad.

Setting up a secure and private Wifi connection between your device, which acts as the view finder for the Parrot’s onboard FHD camera, Parrot have adopted dual Wifi connectivity across 2.4 and 5GHz. This allows for a greater distance and works in tandem with the supplied Skycontroller.

Now, we expected the Bebop to be huge, if the packaging is anything to go by. In actual fact, it is not. It is mid sized which is excellent for portability. All parts to the Bebop can also be removed if need be, for safer storage or transport.

Incredibly stable, we tried the Bebop in varying weather conditions. If anyone has ever been to Auckland City in New Zealand, then they will know it’s common to have four seasons in one day.

We wanted to see how the Bebop would stack up and keep stable in windy conditions.

Well, we were impressed. At times it was almost as though the Bebop had a anti-wind forcefield around it as we flew it a few short distances head on into the blustery conditions. It didn’t miss a mark.

The Bebop Drone analyzes it’s stability data from numerous sensors automatically. There are 3-axes accelerometer, gyroscope, magnetometer, one ultrasound sensor with an 8 meters reach, one pressure sensor and a vertical camera to track the speed.

And of course immediate shut down Safety features if the blades were to, say, come into contact with fingers.

Now, for those that want a bit more than just flying a RC Quadcopter and also want to record all of their expert manoeuvres (we are by no means expert at flying Drones) the 14MP camera will record video at 1080p and also has a Fisheye option for wider, greater landscape aerial shots.

The video records to your device for viewing and sharing later on. And before you know it, you’ll be working the Bebop like a Pro (or think you are as we did).

The Skycontroller is also worthy of a mention. The previous Drones from Parrot have relied only on the smart device to command the quadcopters. And, to be fair, the Bebop also does aswell, but the Skycontroller has absolutely had alot of user thought and planning placed into it.

Removing the need to touch the viewing screen the Skycontroller has dual controls on either side of it, aswell as a sun shade for the smart devices screen.

I’ll also mention that the Bebop / Skycontroller is also fully compatible with the Oculus Rift.

The Bebop is virtually a high spec video camera equipped with quad blades. This is what it looks like and what it does, and does exceedingly well.

The Parrot Beop is not a toy, by any means but it is child’s play to work with.

For those curious and keen to get into the Drone sphere, through to the more advanced users, Bebop is where it is truly at.