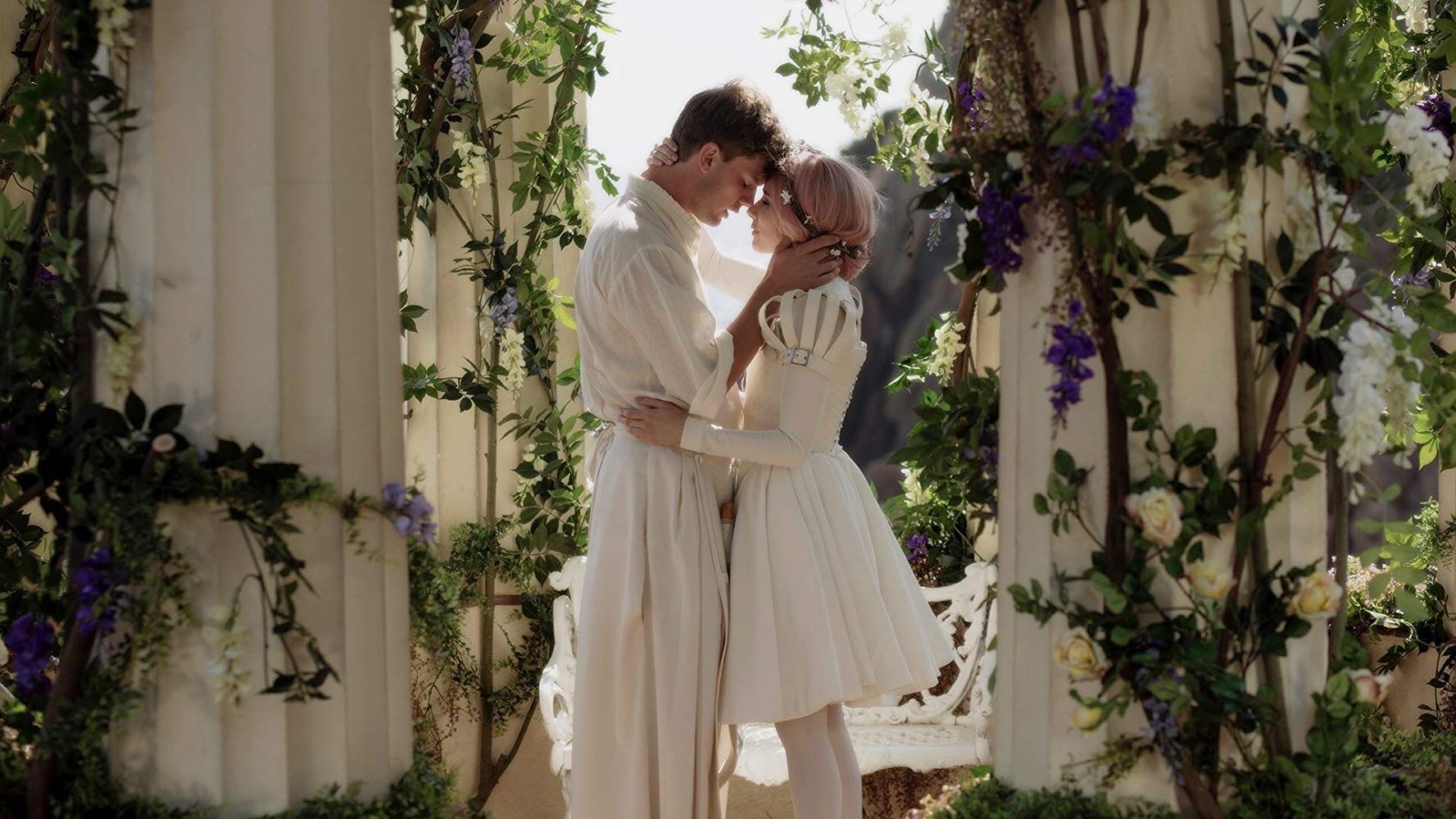 Sometimes it can be tough to come up with a new dystopian idea for a movie.

So many wind up being a light rehash of a different movie, but every so often a movie like Paradise Hills comes along which does neither and instead mashes so many previously used ideas together that it kinda feels like you are watching a reused idea which you can’t quite put your finger on.

Paradise Hills is set in a world with a clear upper and lower class society.  When daughters don’t quite line up to be what their parents want they can be sent to an island facility called Paradise to become more proper. This is exactly where Uma (Emma Roberts) has ended up. 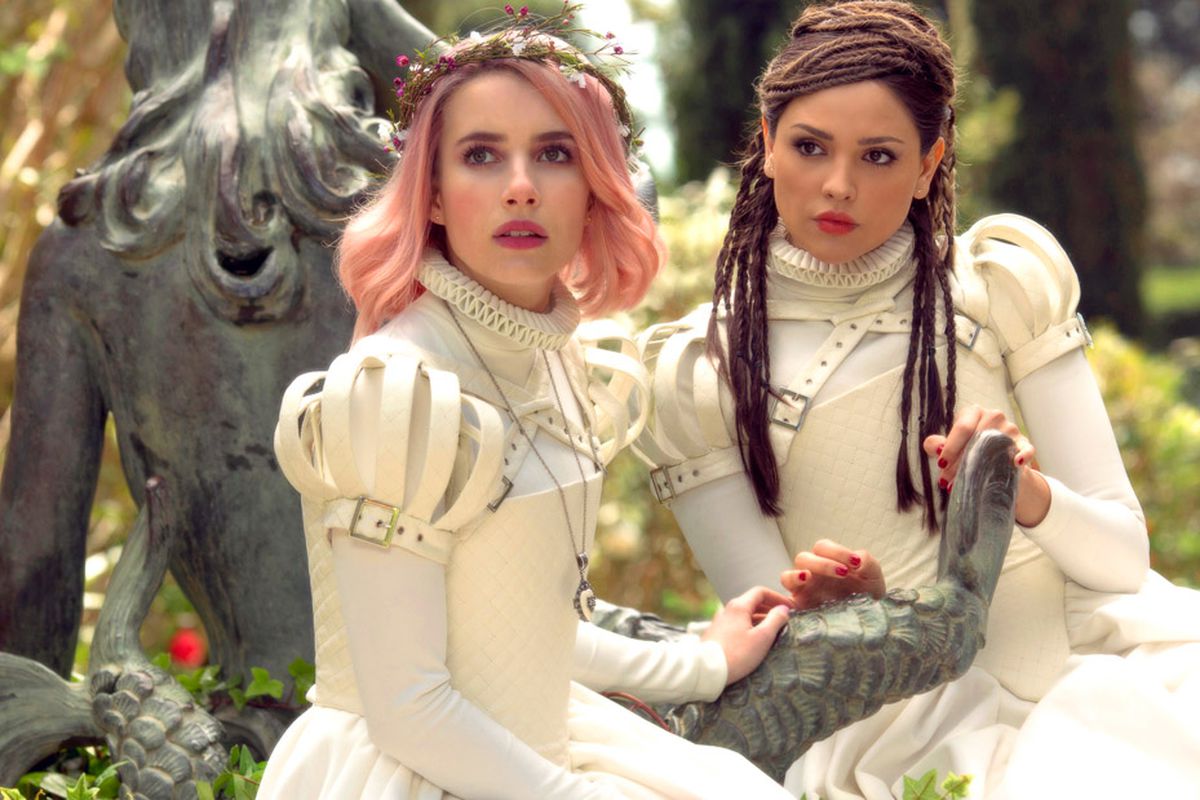 Insisting on wanting to marry the man she loves who is from ‘the lowers’, she is sent away by her mother. This is a move to ensure she marries a member of ‘the uppers’ that will help bring financial stability back to her family.  Not being a fan of that whole deal Uma struggles with the manipulation and after some attempts at escape discovers the deep and dark secrets of the island.

A movie like this relies on some of its twists and turns, so I won’t spoil it here, but it has plenty of them.  As the movie progressed I certainly had some theories, and it seemed to line up for a long time but there is a good twist near the end I didn’t expect though it does walk you to the twist that was a bit longer than I normally would have liked.  There is also a big twist that I feel the movie had no explanation for, and seemed totally out of place and unnecessary.  It is hard to write about stuff like this without spoilers so be sure to know that some managed to hit and one missed. 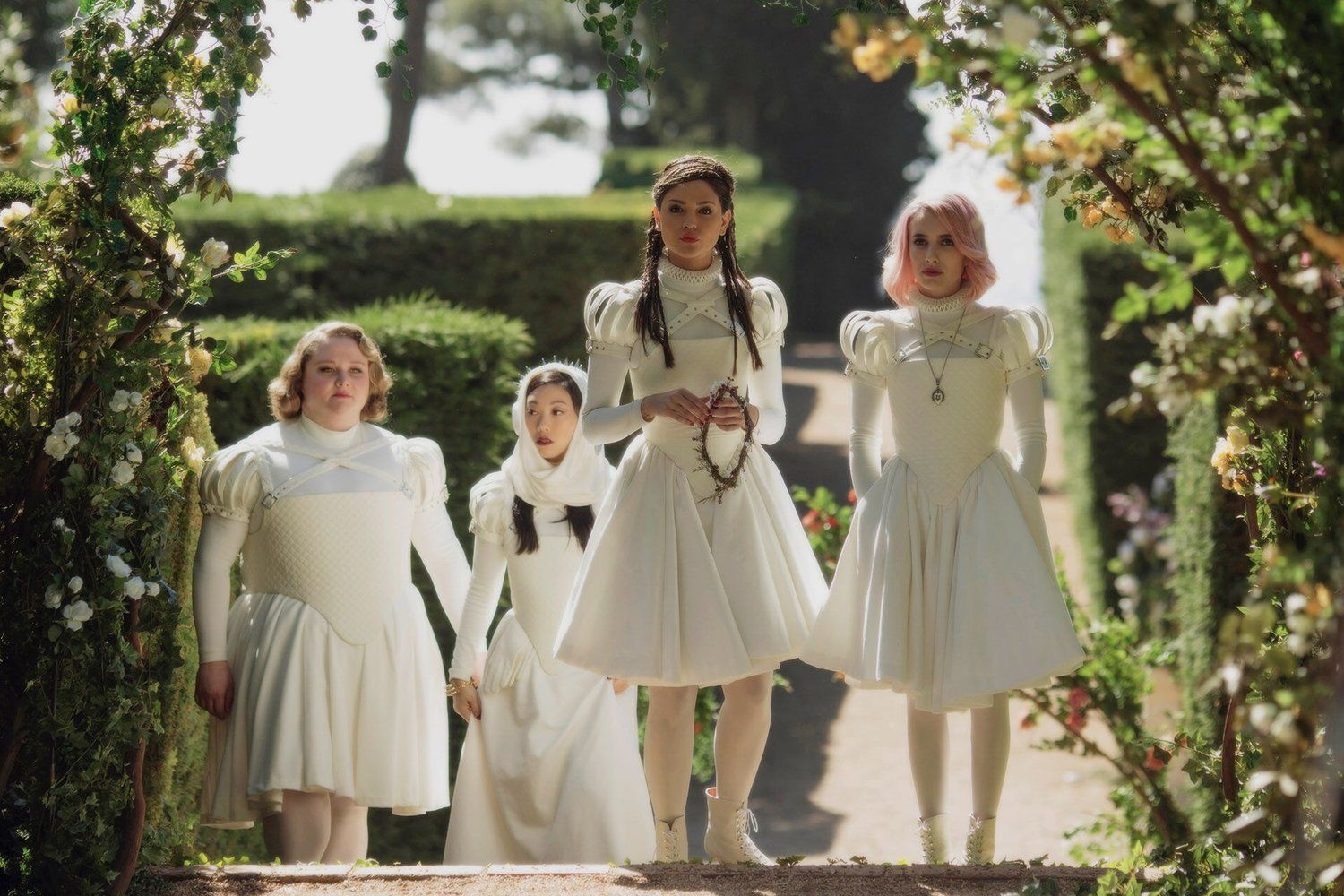 The acting on the whole is good.  Emma Roberts is outstanding and a lot of her supporting cast are good, though I am torn on  Milla Jovovich.  Milla plays the Duchess who runs Paradise and most of the time she does well as a dark and twisted facility manager, but there are times where I felt her portrayal was made too flat and it did pull me out at times.

The movie is a little more CGI heavy than it needed to be at times.  It blends futuristic tech you expect from a dystopian flick, with a Victorian style of dress and architecture.  This lets the film feel at all times like it is so behind the items in the way they think, yet set in a future you wouldn’t expect. I do like a lot about it’s creepy style, but some scenes like a Merry-Go-Round style horse that goes up for footage to be played around the left me scratching my head.

Paradise Hills isnt the next sci-fi romp that will have your mind blown with new ideas, but it is a fun enough ride for 95 minutes.  Some moments seem unnecessarily drawn out and a lot felt cliche, but it does enough stuff in a new way with a unique aesthetic that does make it well worth checking out. 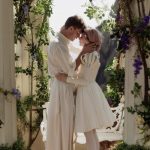 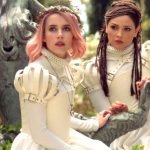 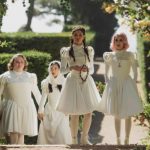