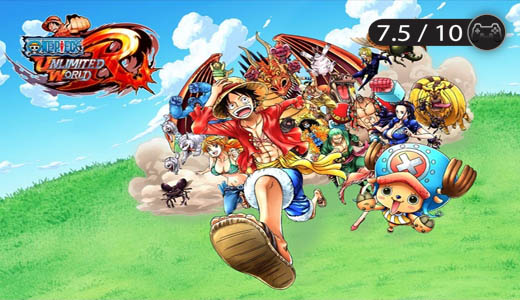 There is something about the One Piece franchise that resonates well with me. Everything from the characters to the story manages to be both entertaining and engaging.

This latest entry by developer Ganbarion, One Piece: Unlimited World Red, provides a short yet enjoyable adventure into this bizarre universe.

The very unique and interesting One Piece universe oozes through every facet of the game from the visual style to the gameplay. If you are not familiar to this universe, you may find yourself confused at various parts of the game, especially at the beginning. There does seem to be an underlying assumption that you know who the characters are and how everything works. 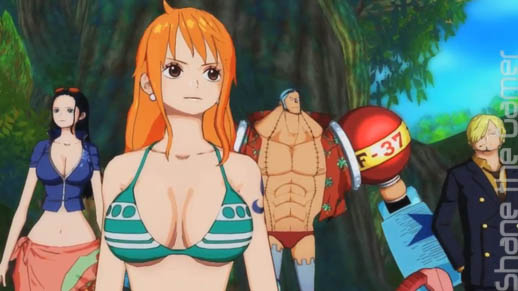 For the uninitiated, there are two basic groups of enemies, the World Government’s military sea force, the Marines, as well as the widely divided Pirates.

The main protagonists of the One Piece universe is adventure seeking Monkey D. Luffy, leader of the Straw Hat Pirates. The goal of many pirates, including that of Luffy, is to find the fabled lost treasure One Piece which will enable them to become the Pirate King. Characters gain various super powers such as Luffy’s super stretchy body by eating a magical fruit known as Devil Fruit. 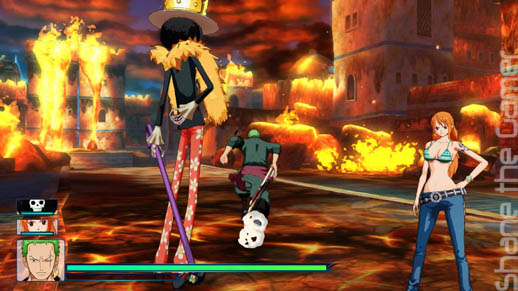 The characters in this One Piece universe, both good and evil, are the one of the biggest strengths of the game. Each character has their own distinct look, personality and super powers all of which reinforce the underlying light hearted and fun theme. You can select up to three of the Straw Hat Pirates in each mission, each having their own unique abilities and attacks. As individual characters only level up with use, there is very little incentive to try out new characters.

The story in One Piece: Unlimited World Red is engaging although a bit short. Your journey will take you through a wide variety of distinct levels and battling an equally diverse range of opponents. Due to a mix of different enemies, settings and Level design, the missions never become repetitive. 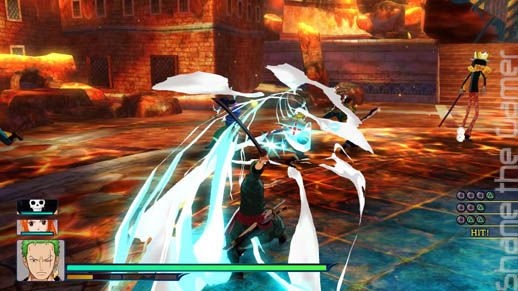 Between missions, you are taken to a town which acts as a central hub. You are able to expand your town by building new or upgrading existing buildings from items you collect during the missions. Each of these buildings have different uses such as selling certain items or providing different upgrades. Despite my initial enthusiasm, I found most of the facilities provided by the buildings to be relatively useless. The upgrades are generally too costly for what they actually give you and most items are not beneficial. The exception to this is health regeneration items which are purchased at the alchemist, one of the first buildings unlocked, at dirt cheap prices. 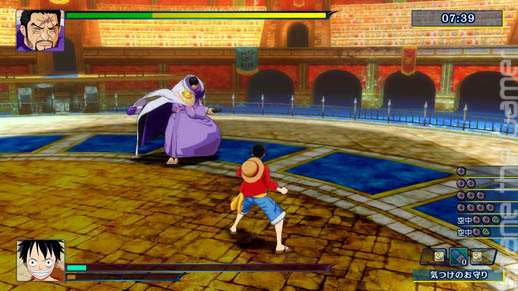 Despite being at heart a button masher, there was enough to the combat system to make me really enjoy it. One of the defining factors is the unique move set of each character. Temporary and permanent stat bonuses can be gained by equipping or using different Words. These Words are collected throughout your journey and can be upgraded at the town.

One of my pet peeves in other games like this is getting hit by enemies outside of view. One Piece: Unlimited World Red overcomes this by having a button prompt pop up over your character head to block or counter any incoming attack. Hitting the button in time requires quick reflexes and focus which makes combat feel a lot more skill based. 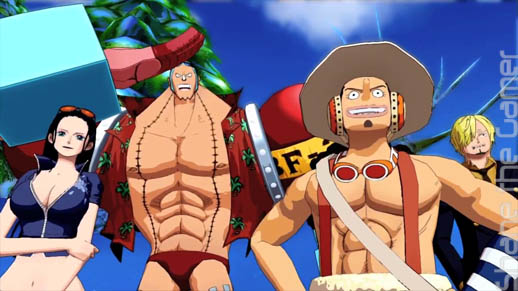 A major shortfall of the game is the very archaic save system. There is no auto save and the only way to save the game is to return to the town which can only be done at a couple of points in each mission.

The visual style is very colourful and vibrant. This outweighed the poor environmental models to make the game overall look great. 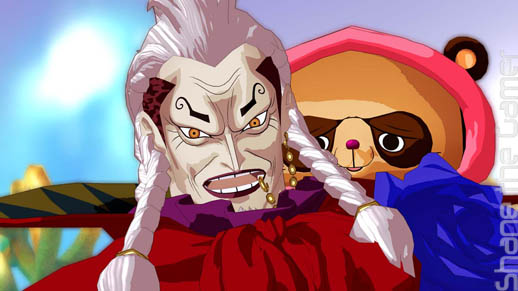 The voice acting is all done in Japanese with English subtitles showing below. Consequently, the cut-scenes were hard to follow which was disappointing as generally they seem really interesting.

One Piece: Unlimited World Red provides a short yet entertaining adventure in the very likeable One Piece universe. Although seemingly aimed at fans of the franchise, there is much here to enjoy for newcomers to the series.