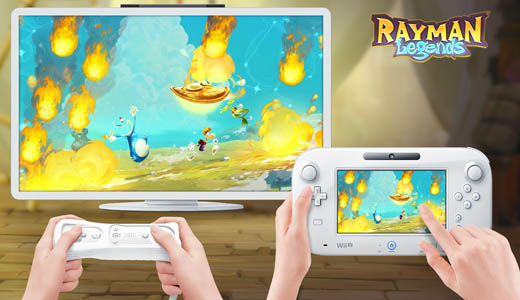 Exclusively available in the version for Nintendo’s Wii U system, players will be able to unlock skins for Rayman as Mario and Globox as Luigi after 20 minutes of gameplay.

Following Rayman Origins, our heroes take a 100-year nap, allowing nightmares to infest the Glade of Dreams. Once Rayman awakes from this mysterious sleep, he must set off on a new adventure with his friends to restore order in the universe.

While traveling between five different worlds, players must defeat legendary enemies to save the Teenies from these evil villains. Rayman Legends features a wide range of gameplay, including traditional Rayman platforming action and new music rhythm-based stages.

In Rayman Legends, a fifth player can join in on the fun by taking on the role of Murfy exclusively on the Wii U GamePad controller. All of the game’s adventures can be played by up to five players on Wii U. 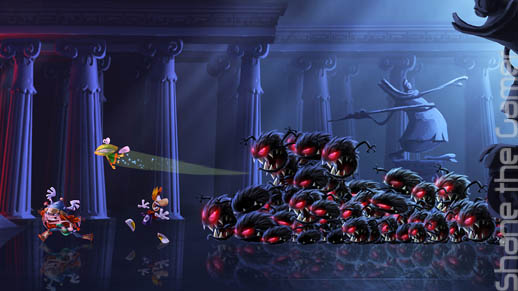 Rayman Legends has been praised for its stunning visuals and innovative gameplay by Rayman fans worldwide.

The game retains the fantasy appeal of its predecessor, Rayman Origins, while adding a multitude of clever and entertaining gaming modes, new characters, new environments and a new soundtrack.

The award-winning team of artists, designers and composers have also returned with an advanced UbiArt engine to include multi-dimension gameplay elements, an improved lighting system and updated game rendering that elevate Rayman’s previous graphics to the next level. 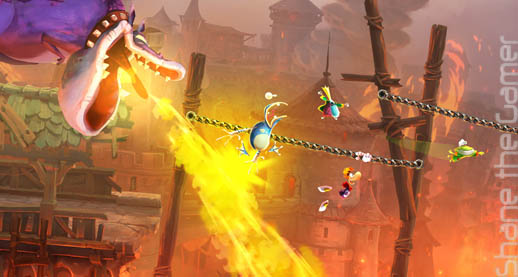 Rayman Legends will be released in Australia and New Zealand on August 29th, 2013 for Wii U, Xbox 360, PlayStation3, PlayStationVita and Windows PC.