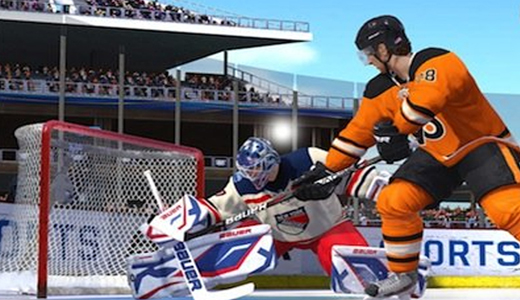 My brother has resided in Vancouver, Canada for a few years and as an honourary Canadian follows the NHL like an avid local warm blooded Canadian sports fan.

I have spent Skype conversations scratching my head in ignorance as he explains the tropes and trappings of Ice Hockey, the Stanley cup, and his local team, the Canucks.

So when the opportunity came to strap on my skates and take to the icy arena for the latest iteration of EA’s NHL, and having never played an NHL game before, I was both interested and curious in equal measure. 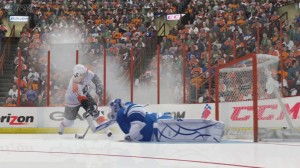 the game for the first time, it is apparent that for NHL 13, EA has adopted a new mechanic to the skating engine. They have touted this mechanic “true performance skating”, focusing on realism of movement and intuitive control of both stick and player.

A series of active tutorials introduce the player to the more rudimentary of controls and gameplay elements prior to an actual match.

A new feature is the ability to skate backwards, which may sound trivial but coupled with the games defense mechanics, proves to offer effective defense alternatives. 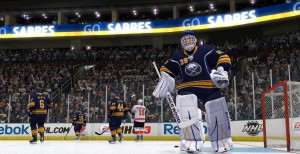 Physics and momentum in skating also play a large part. Moving in a straight line gathers momentum quickly but prevents you from turning sharply at the end of a charge. In other words, during gameplay there is a tradeoff between raw speed and agility that you can apply under appropriate attack or defense circumstances. 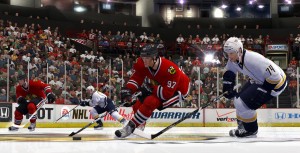 arbitrary gameplay elements that ape (I imagine) real NHL matches such as challenging players against the boards and even a fisticuff mini-game where you can have a scrap with an opponent who’s fouled you.

The player physics are pretty good for the most part, with limbs flailing about, particularly from the goaltenders, and animations blend reasonably seamlessly from one to the next.

Occasionally a clunky animation or transition might crop up, reminding you that this isn’t a live broadcast you’re somehow manipulating but all in all, its fun to step into a player’s skates and slug it out.

Gameplay has you competing as your favourite team (in my case, the Canucks) and playing through the league table. 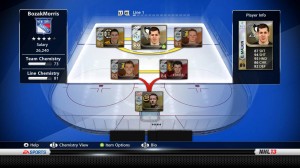 There is also a GM Connected mode, which for the uber hockey nerd, allows you to play General Manager and engage in management duties such as team coaching, building am AI player, setting up and playing teams and various other tasks online with other like minded hockey nerds.

Visually NHL 13 looks very good and provides what I can only imagine a real NHL atmosphere to be, with news broadcasts, commentary feeds and all of the other necessary on-screen visuals typical of a match broadcast.

The commentators tend to react intuitively to the action occurring in the rink, and seldom appear to repeat or recycle dialogue.

As little as I have to compare against previous NHL games, NHL 13 is fun and fast and worth picking up if you want a sports title that doesn’t require hours of elbow grease to figure out how to play.

From its intuitive controls, slick presentation and movement to it’s myriad of gameplay options NHL 13 is perfect for the discerning sports game fan. 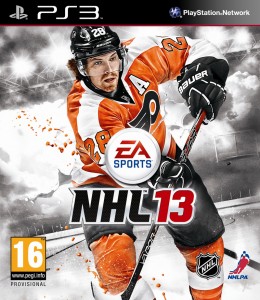