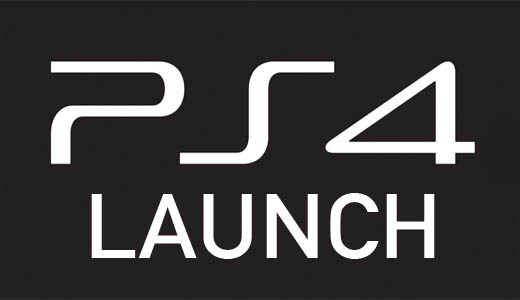 On Thursday night, I had the distinct pleasure of attending Sony’s exclusive PlayStation 4 launch party. In the lead-up to the launch of Sony’s latest entrant in the next-gen console wars, PlayStation have been focusing on one key marketing tagline: this is for the players.

And if this launch event was anything to go by, they’re right on the money, offering attendees a chance to experience the past, present and future of gaming, and serving up healthy doses of nostalgia to remind you that PlayStation has been with gamers since the beginning. 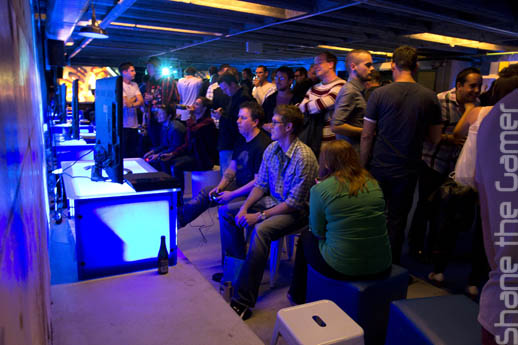 Taking place in the ultra chic Fort Lane Vaults, The PS4 launch party was filled to the brim with so much exciting stuff, I barely know where to start. The key feature of the night was a good dozen of so huge flatscreen TVs, all hooked up to the console of honour and displaying the range of launch titles available on the PS4. I have to say, they all look truly incredible, especially when running on the beautiful Sony TVs they had on display.

Two key titles: Killzone and Knack has a huge presence on the floor, with a number of TVs devoted to showing them off. And rightly so! Killzone looks fantastic, and plays very well –  a tight control scheme, sharp level design and truly next generation graphics all combine for what’s surely going to be a must own title for the console. 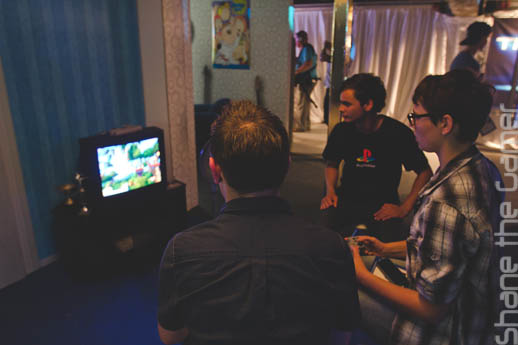 Knack is a lot of fun too – a bright and colourful entry that feels in similar vein to other family friendly and iconic titles that Playstation has bought us across previous generations – Crash Bandicoot, Jak & Daxter, Ratchet & Clank etc. I’m hoping to have some proper reviews on the site at some point in the future, but based on what I played the other night, these are definitely titles worth checking out.

Of course, all of the cross console games were there looking amazing too – Assassins Creed, Battlefield, Call of Duty, NBA 2K14, FIFA. And, interestingly enough, as much as Microsoft would like you to believe otherwise, the native 1080p resolution the PS4 offers for Ghosts does make it look cleaner and smoother than it’s counterpart on Xbox – albeit marginally, and only if you’re looking for it. 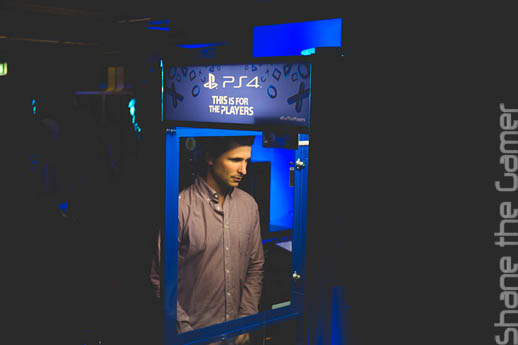 One of the neatest things on display last night was the showing off the Vitas remote play with the PS4, and I have to say, this was truly phenomenal. I sat down to have a play of Assassins Creed 4 on one of the big TVs and was momentarily confused when I was handed a Vita instead of a controller. It was explained to me that I could play the entire game from the Vita, with a pretty much 1:1 depiction of the game also on the Vita screen.

I’ve had this explained to me, I knew it was a feature of the PS4, but you don’t fully appreciate how mind-blowing it is until you’re playing a full version of a console game, wirelessly, in real time on the PS Vita’s 6-inch screen. I did my best to trick it to – to see if I could push it to it’s limit and make it lag – running around quickly in AC and trying to get as many enemies on the screen as possible, but the clarity never dropped out once. Incredible. 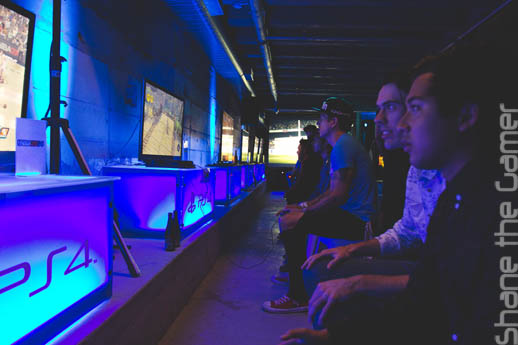 But it wasn’t entirely about the future of gaming – much like the PS4’s overall campaign, there was a definitive vibe of nostalgia running through the evening. Sony had set up three very cool bedrooms in one corner of the party – each designed to replicate the year and feel of the era of one of the PS4’s predecessors. One room had a PSX playing Tekken 1 and Crash Bandicoot, outfitted with a tiny childs bed and a Karate trophy.

The next had a PS2 running Ratchet and Clank and Tekken 4, with Family Guy posters and a dartboard. The third was a PS3 room, that I barely got to see, as it was overwhelmed with nostalgic gamers bidding the last PlayStation adieu. This was tied together with one final faux-living room, with the PS4 set up to play next generation Pong – using the controllers motion sensor and touch pad. This was a terrific merging of past and present, and legitimately made me sentimental about the role gaming’s had in my life. Way to nail the sentimentality factor, Pong! 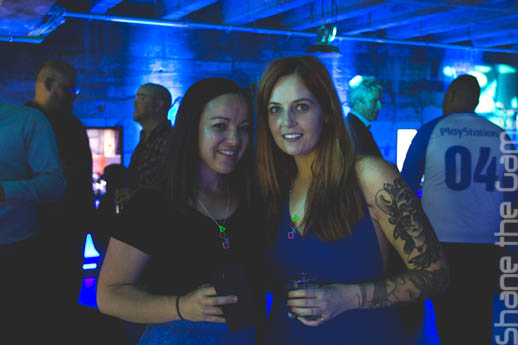 But Sony wasn’t done there, with some other very cool stuff on display, namely a functioning 3D printer. In possibly the coolest touch I’ve ever seen at an industry event ever, Sony had set up a claw machine filled with prizes. By collecting tokens from the promo staff, you could win all manner of cool PS4 stuff. One of the prizes, however, was the chance to pose for the 3D printers scanner with a prop, so that Sony could send you a little 6 inch model of yourself. I managed to beat the claw machine and little version of me is on it’s way! Awesome.

If the launch was anything to go by, the future is very, very bright in the world of PlayStation. This is a great console and it seems like they’ve really happily carved out their niche of #4ThePlayers, delivering gamers what they want. It’s been a hell of a ride so far, PlayStation, and I for one cannot wait to see what’s next. 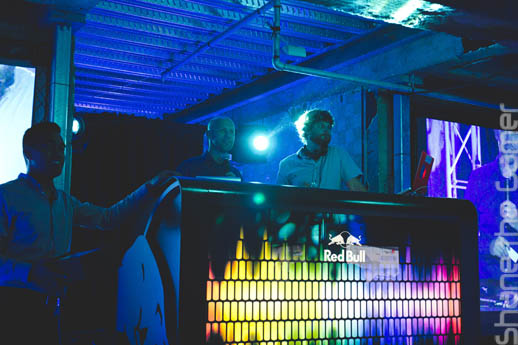