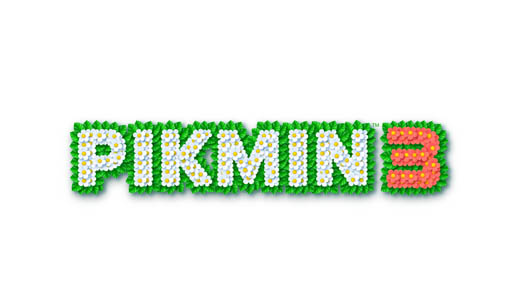 Toot on your whistle and call forth your colourful army as Pikmin 3 launches this week in stores and on Nintendo eShop across Australia and New Zealand on the 27th of July 2013 exclusively for the Wii U.

Shigeru Miyamoto’s inimitable take on real-time strategy shows the world from the perspective of inch-high explorers, who command a legion of tiny but powerful Pikmin to take on enemies and puzzles in a quest to save their home planet! Fans have waited for almost a decade for this latest in the critically acclaimed series, where lush vegetation and curious wildlife are brought to life with beautiful HD graphics and the Wii U GamePad offers a new take on strategic gameplay. There are also new Pikmin types, new multiplayer modes and Miiverse integration that will take you on the wildest Pikmin adventure yet! 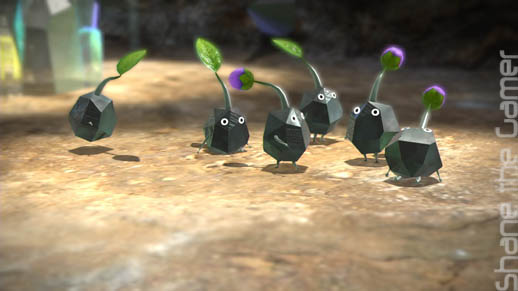 Pikmin 3 stars the original Red, Yellow and Blue Pikmin who each have special abilities, but also introduces two new types of Pikmin that allow for new gameplay strategies. Meet the Rock Pikmin who are the sturdiest of all Pikmin and can be used to smash through glass walls or enemies’ exoskeletons! Also making their debut are the Winged Pikmin, whose ability to fly lets them carry things above ground and lift blockades, forging new paths.

In Story Mode, take control of three new characters Alph, Brittany and Charlie, who are tasked with saving their home planet Koppai from starvation and searching the peculiar planet of PNF-404 for nutritious fruit. With PNF-404 full of hostile inhabitants, the intrepid trio are not alone – but thankfully they are aided by a diminutive army of plant-like Pikmin who obey their every command. 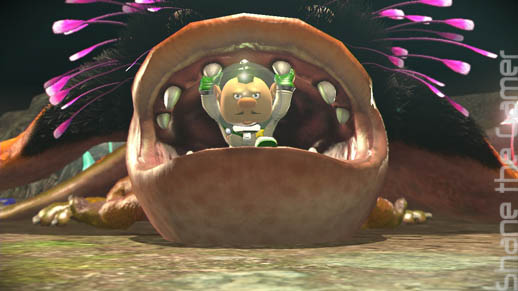 Your loyal Pikmin put their unique talents to use to seek out items, solve puzzles and fight enemies; through your actions the Pikmin can grow in numbers and overcome all – or be sent forth to be chomped! The challenge is to work through each day to most strategically seek out fruit and take down creatures – but fear not when the situation turns sour, as Pikmin 3 introduces a new feature that allows you to jump back in time and tighten your tactics.

In Mission Mode, you are given tasks to complete within a time limit, such as defeat a fiendish boss or collect as much fruit as possible. Play alone or co-operatively and aim for the highest score on the online leaderboard, where you can see how you compare to other Pikmin 3 players around the world! 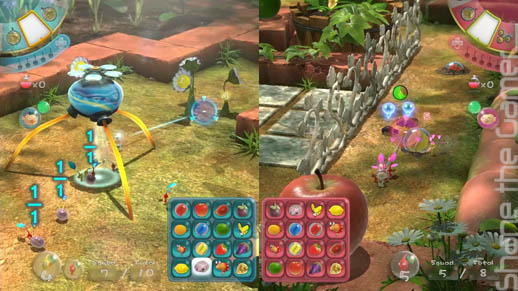 Bingo Battle is a competitive multiplayer mode which pits you and a friend against each other, on a variety of different maps, to complete a line in a special Pikmin-themed bingo card. The Pikmin twist is that each square on the bingo card is an enemy to take down and collect, or an item or fruit to bring home. With numerous ways to play the maps and rules that can be customised, novices and veterans alike can enjoy employing different tactics to outwit their opponents!

Wii U brings lush HD graphics to the world of Pikmin 3, but it also places the Wii U GamePad – or KopPad as it’s known in the game – at the centre of your strategy. Use it as a map and divide and conquer by tactically sending the three explorers to waypoints in the area, or study your actions at the end of each day in the replay to improve your strategy. There’s also the Camera, which puts you in the tiny shoes of the travellers and turns your GamePad into a motion sensor-controlled camera that allows you to snap photos of your findings and share them on Miiverse! And if someone else needs the TV, you can continue your solo game thanks to the Off-TV Play feature. 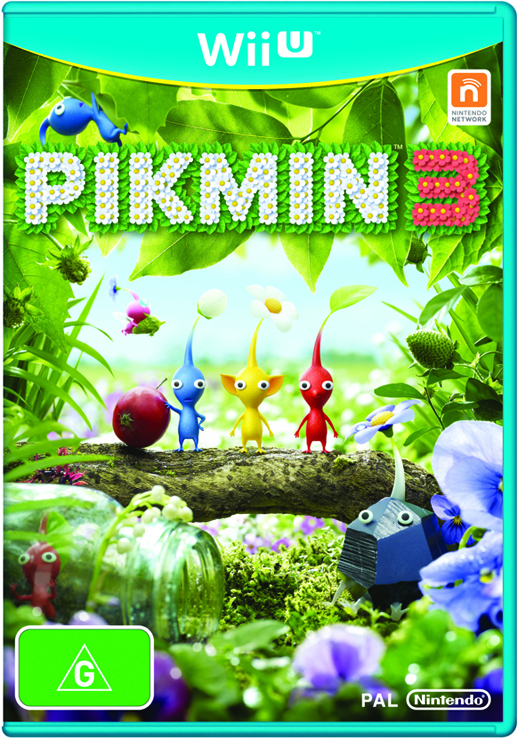