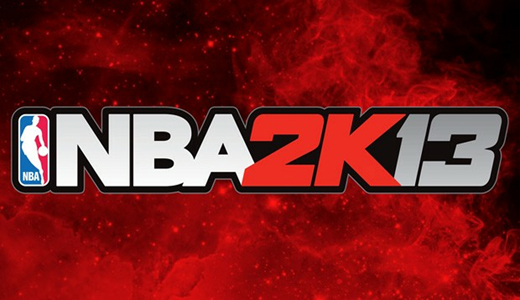 Once the games loaded up it takes you straight into character creation which allows you to make your own customized character.

The creator actually allows a lot of customization options, hairstyle, skin tone, facial structure, tattoos and more, Although some of the options are quite limited. I’m guessing they try to keep the characters as realistic as possible for example the physique only has 2 options “normal” or “ripped”.

After character creation you are thrown straight into it. Literally. 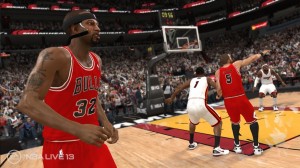 on the main game “Home” menu the game doesn’t prompt you with any type of direction as to where you should start.

So using my great deduction skills I selected the middle option on the home menu where it showed “Thunder @ Heat” which takes you into a quick game style format allowing you to choose your team and your opponent. Once I had my teams selected and started the match there was a short prompt on a new control for NBA 2K13 “Match Stick” which wasn’t in the previous titles.

But after the explanation I still had no idea how to play properly and there was no guidance on what the basic controls were, let alone a tutorial mode to help new players not familiar with the series.

After countless boo’s from the in game audience I decided it was time to read up on the controls for the game. 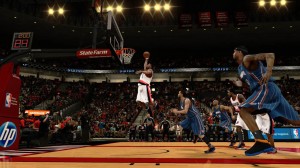 Under “Controller Setup”, the controls seem fairly simple but putting them into play is a different story, if you’re not familiar with the NBA 2K series you might find yourself having quite a bit of trouble trying to play properly just like I did.

NBA 2K13 has a “My Career” game mode where you play as the character you created at the beginning of the game. The aim is for you (the rookie) to progress further up in the basketball world. In “My Career” you play solely as yourself, you only control your character and the rest of the team is CPU driven.

I thought it was going to be easier focusing on one player rather than switching players in a normal type game, but I was wrong. I actually found it to be a lot harder for me and boring when you are not in control of the ball.

I also had no idea what the positions are in basketball so I picked what sounded cool and I found myself without the ball for the majority of the game. 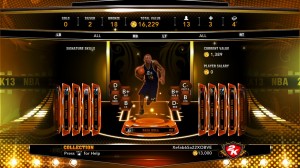 said “My Career” is very well done it gives an RPG like vibe; you start off in a rookie game trying to show off your skills with hopes of getting drafted to a NBA team, once you’re in the big leagues you can even have sit downs with your general manager complimenting them or maybe doing something bad that might get them fired, this will affect how your teammates, media and your fans feel about you.

This game has so MUCH to offer that it would take a daunting wall of text to read, so I’ll cut a long story short. 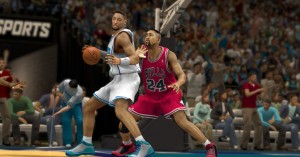 NBA 2K13 is a great game for any Basketball fanatic or anyone who has the time to practice and pick up on the MOUNTAINS worth of controls and putting them into play. Graphics and gameplay are fluid and smooth and with JAY-Z in the mix you can expect to hear some great music that never ceases to make you tap your foot or bob your head to. The online play is what most would expect from a sports game.

NBA 2K 13 is both exciting and challenging and somewhat addictive. 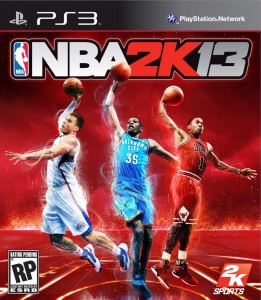