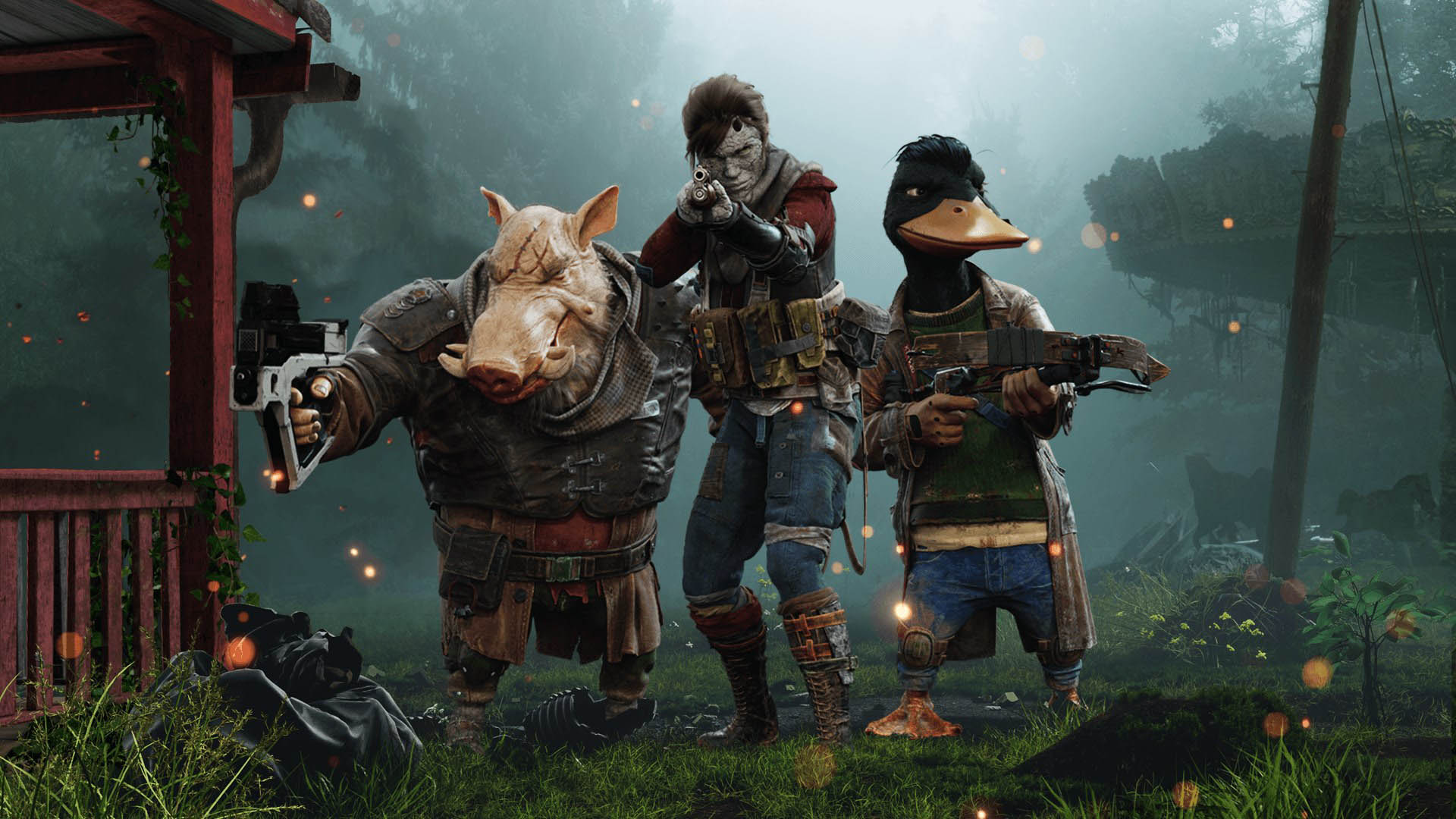 E3 2018 unveiled a raft of exciting titles but none more so than Mutant Year Zero: Road to Eden.

The strange sight of a talking duck walking alongside a grumpy pig had me hooked from the outset and the fact that this was an RPG was the icing on the cake.

MYZ is a grim, wisecracking, hilarious, silly, ridiculous game that I’m in love with. This is less Saints Row silliness and more XCOM 2 tactical strategy, this combination of losing yourself in the ambience of the post-apocalyptic environment and having to keep your wits about you as you plot out your next fight is one that I couldn’t get enough of.

The game starts with you taking control of Stalkers Dux (the Duck) and Bormin (grumpy pig) as you wander through the surprisingly lush wasteland on your way back to the final Human settlement, The Ark. This also serves as your home base where you can buy everything that a mutated Duck and Pig could ask for, weapons, armour, medkits, grenades, upgrades and attachments are all here for you to purchase. Pro tip: buy the discount when you first get to the Ark, its the best first option. You are then sent on a mission to find the legendary stalker Hammon, who recently left the Ark to search for the fabled city of Eden, but he’s the only one who can keep the Arc running so he’s pretty important in the scheme of things. So off you go on your merry way. 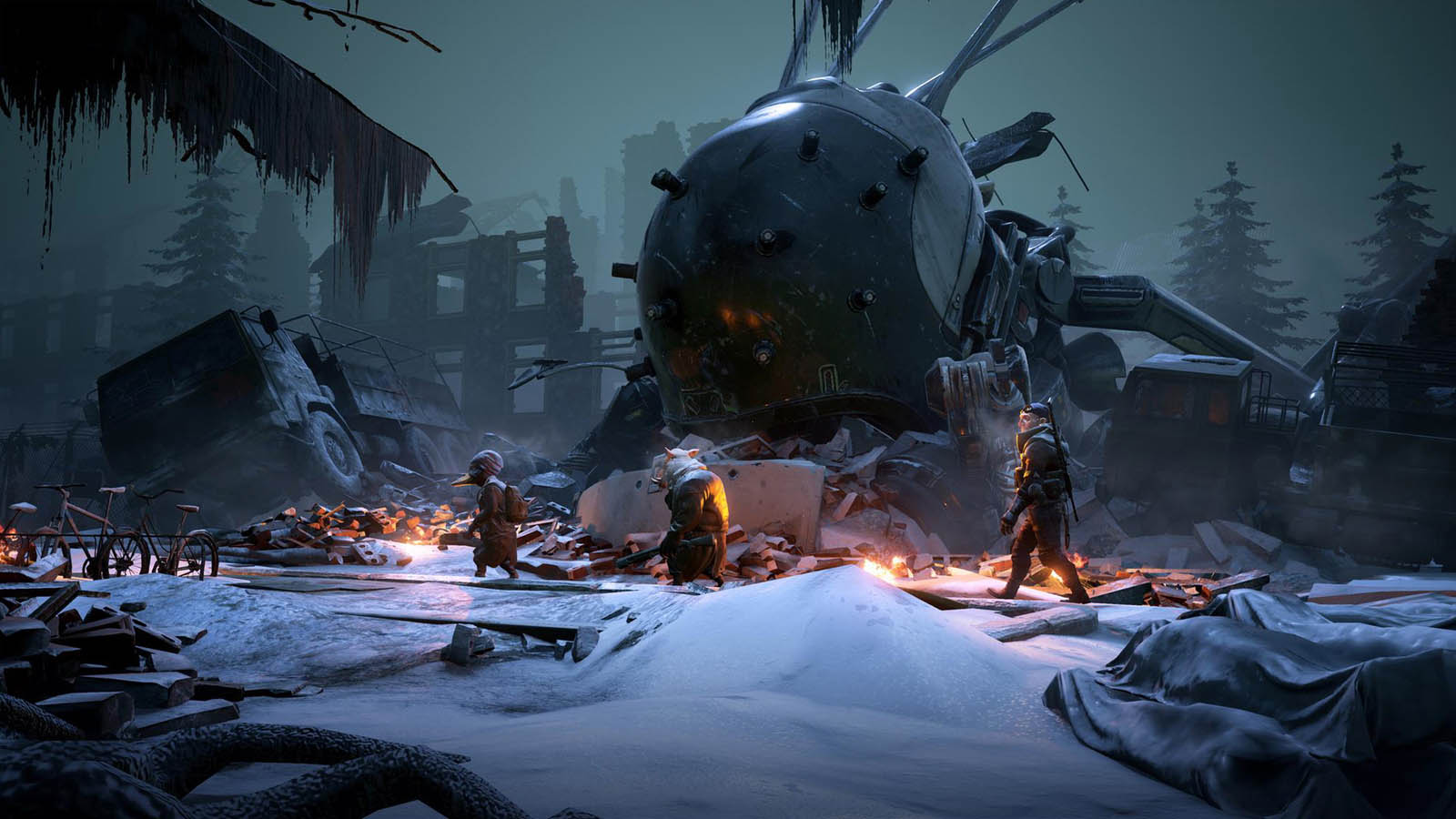 You head North to see where Ol’ Hammon went and you encounter an interesting, albeit not entirely fleshed out, storyline that takes you on a good journey as you begin to understand more about what’s going on around you. Trekking through the forest, encampments, towns, bunkers are fun with the different terrain and obstacles providing a really interesting conundrum when plotting your attack.

Ghouls and robots are running rampant around the world, each wanting to kill you for being a Stalker. Why can’t we have a little sit-down and talk through our problems over a nice pot of tea? Fine, have it your way, time to shoot faces.

The combat is tactically fun. 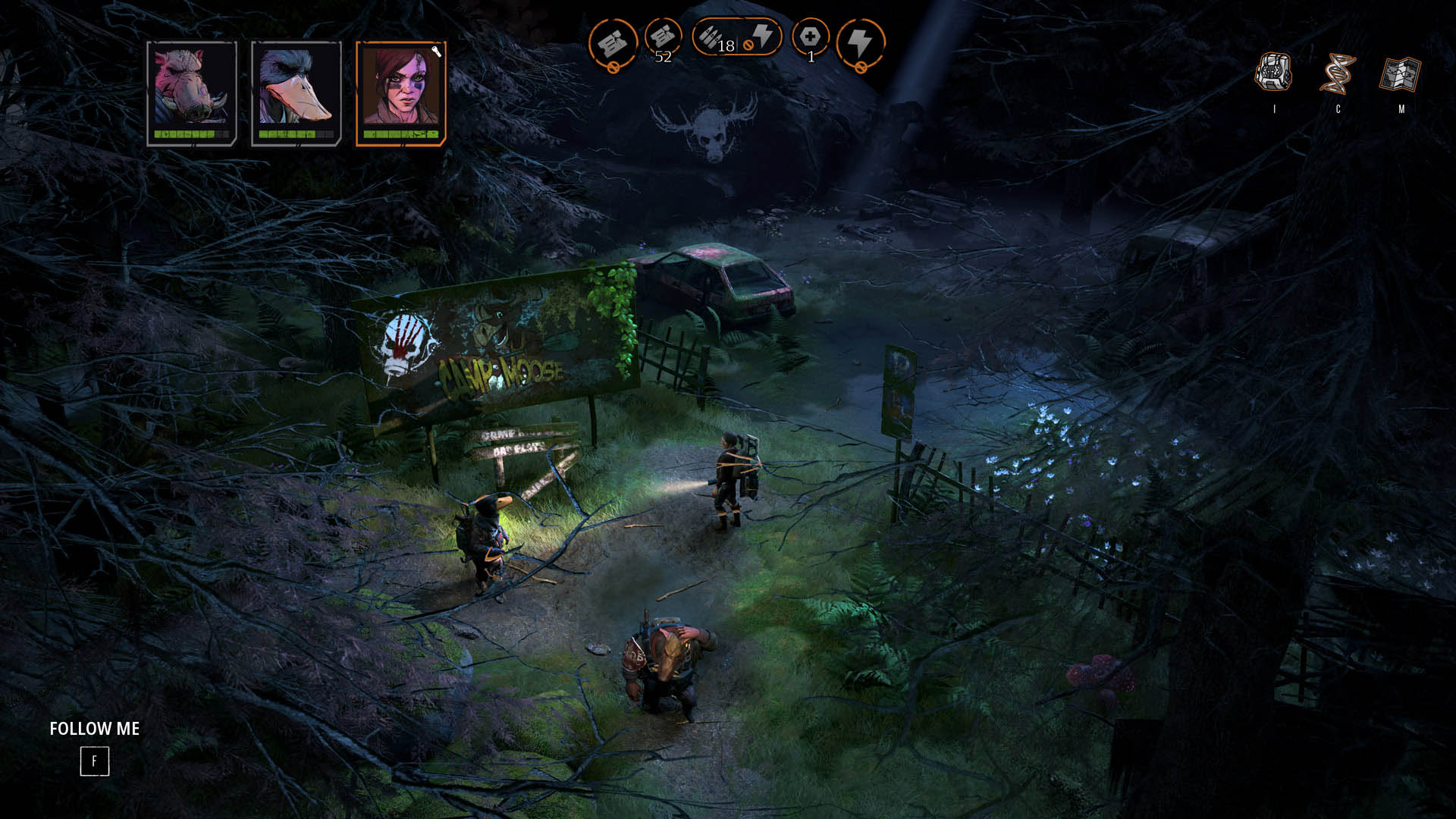 You need to scout the area to know how many enemies are loitering, where they are, the type of firepower they have and where the best position to attack from is. Your group can split up to make positioning easier, taking advantage of the terrain. One mutation that Dux has is the ability to grow moth wings and use these to gain a height advantage in combat. You can also use this ability to reach high perches and have the constant high ground in a battle. Each turn you get a set number of moves you can perform, move, fire weapon, reload, use an ability, throw a grenade, heal. Using each of these at the right time take a little work before you become familiar with the most efficient way to see off your foes.

Take your time to understand the fight before you engage as there can be enemy reinforcements just around the corner who can turn the tide for their comrades. Also, make sure you move to positions that provide you with a 100% hit chance. I don’t remember how many times I’ve missed 75% shots where if I had moved a few tiles in either direction, I would have killed the ghoul. Medkits are important too. Stock up if you can.

The weapons and armour in MYZ are good. 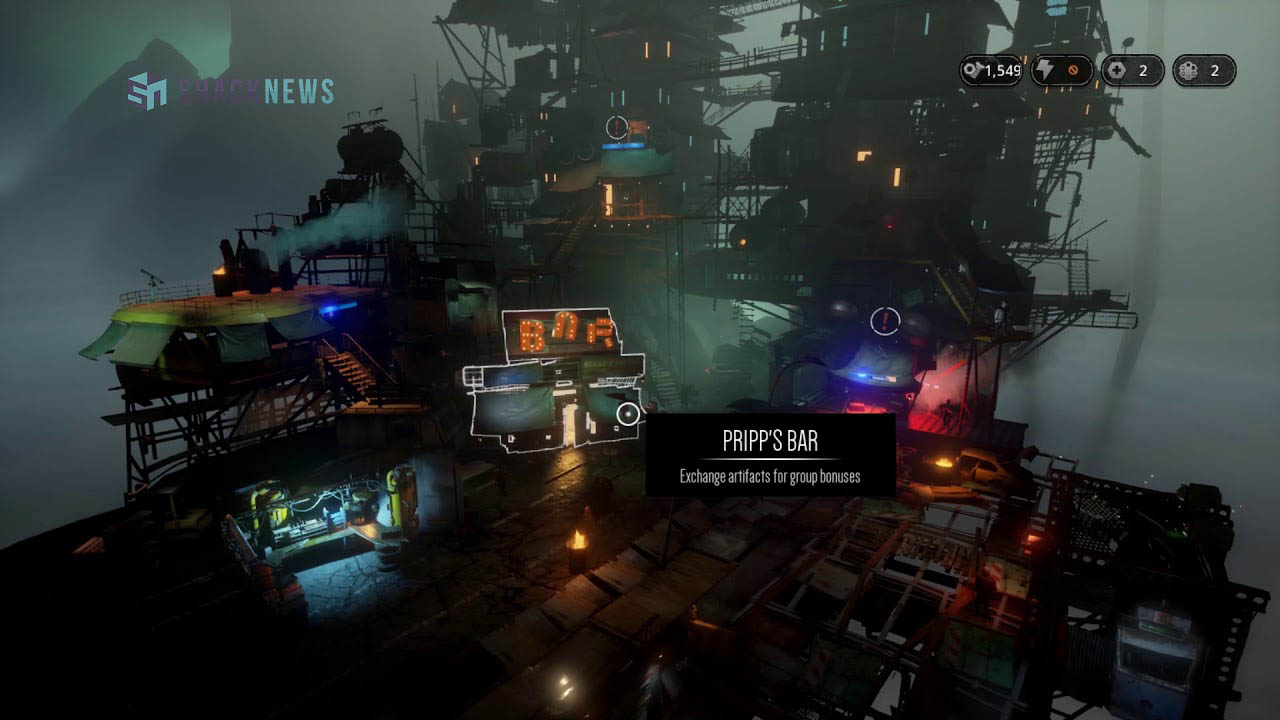 You have your traditional post-apocalyptic mash-up of 19th-century gunpowder weapons and modern accessories. Loud guns should be supplemented with a silenced weapon to pick off enemy stragglers without alerting their friends eating smores just around the corner.

On your travels, you will find scrap that can be traded for items back at the Ark, weapon or armour crates with hopefully something fun in them or a clue to the story. These items can be hard to find sometimes so make sure to use the flashlight to highlight these hidden objects. Sneaking is also a thing in MYZ which is not just useful when positioning before battles but is even better when using it as a tactic to not engage with enemies and just steal their loot. Some of the tougher early areas can be looted for good gear by using sneak. 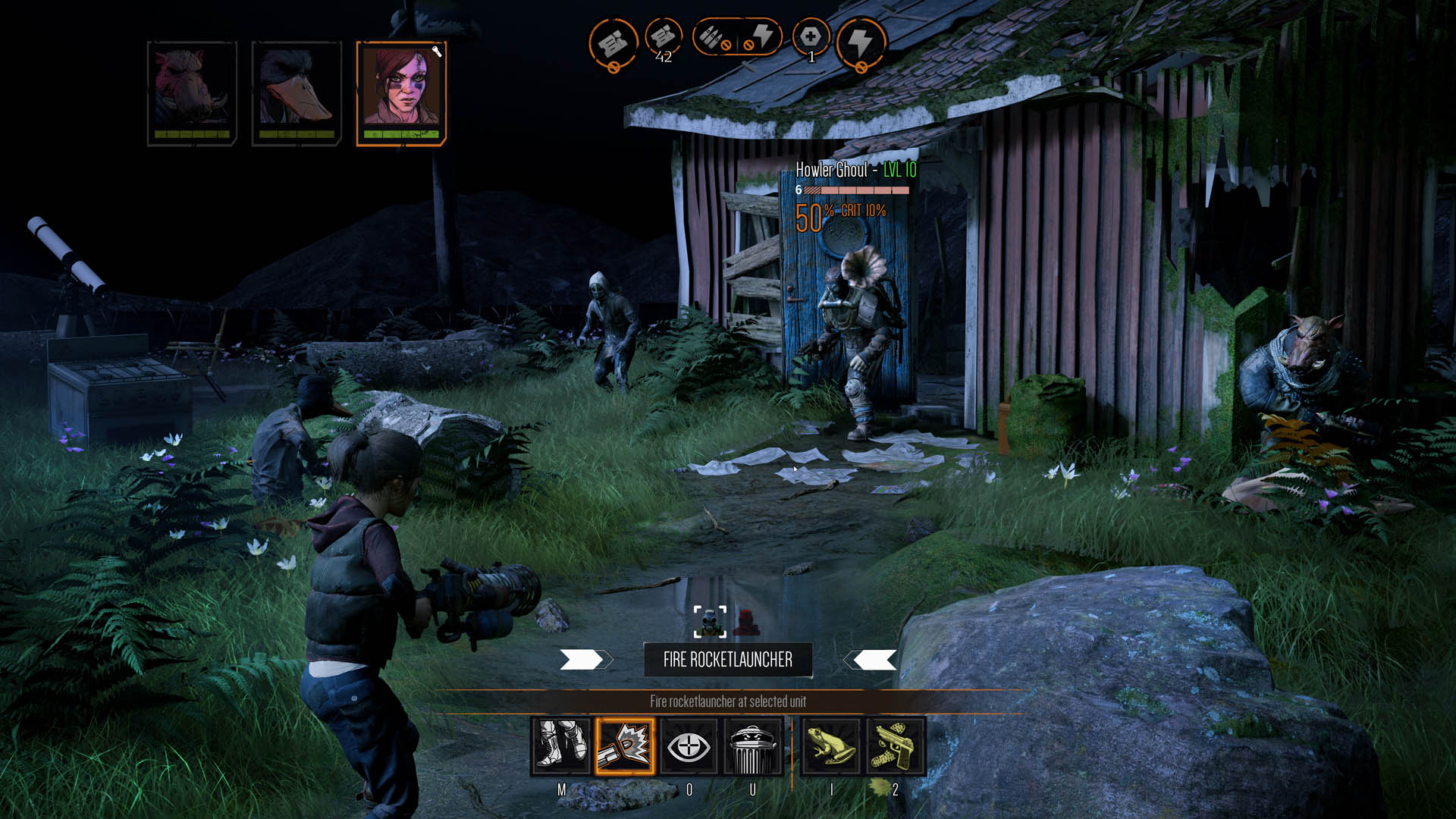 The arc of the game is great and I really enjoyed the how tough the encounters were. If I was out of position or not concentrating, I was made to pay and failed a few fights by being too cocky and aggressive rather than sticking to my plan. My enjoyment of this game went through the roof when I realised that I couldn’t just steamroll everything and had to consider my strategy throughout (and I was only on Normal difficulty).

Mutant Year Zero: Road to Eden won’t be everyone’s cup of tea. Some won’t like the way it plays but I’d be willing to be there are a lot more people who will fall in love with the game just as I have. Give it a chance.