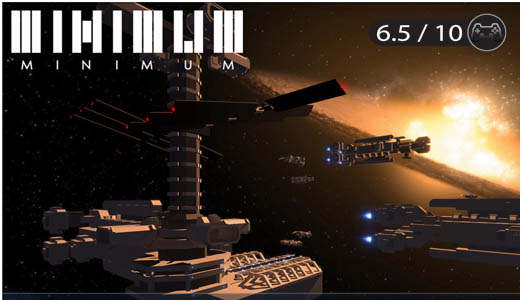 In the world of online multiplayer third-person shooters Human Head’s Minimum is a new addition. One of the first things that you will notice with this game is the graphic style.

It is adequately described in the title, as characters models and environments are quite basic- seemingly the ‘minimum’ or skeleton of the game. Everything is geometric and of basic colour schemes. It’s like the developers got this far and decided it was enough. 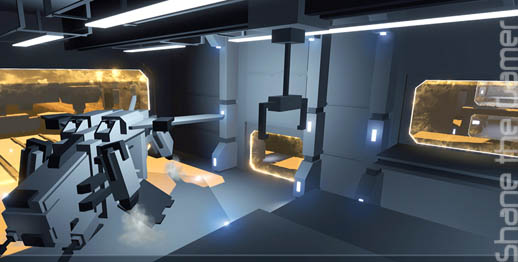 Whether or not it was true laziness, I can still appreciate the art style, or rather lack of. The maps are big enough with a fair amount of structures to fill this simplistic nature of the graphic design. This style doesn’t take away from the game and does add retro feeling.

The Levels also provide a good range of space to go running through. The gameplay maintains this simplicity. You have two weapon slots you can toggle between and a deployable device be it a grenade or mini turret. There are few guns to choose from and a sword. The sword was the most fun weapon to use. Slashing wildly at and killing your foes with a sword was so entertaining and simply fun. 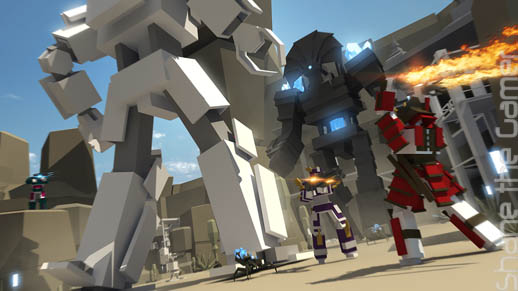 Weapons upgrade in a slightly different manner to the norm.Swords and guns become more powerful with increase in your kill count. However weapon upgrades only last one life. Dying has you starting the upgrade process from scratch. I can appreciate a game punishing you for dying but this was quite infuriating.

Some obviously more talented individuals would go about killing and gain weapon upgrades giving even more power and you, having just died, have no real chance on beating the said player. You may even get your own weapon upgraded a fair amount only to have that player come along and smite you, with you losing all your hard earned kill bonuses. 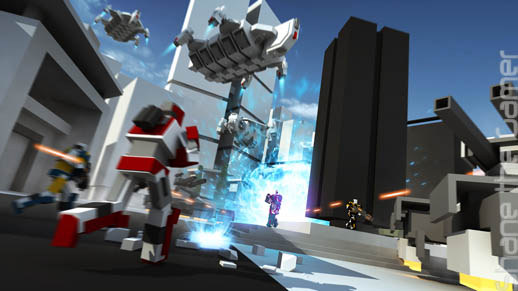 I know we can’t let the weak set the pace but I just found this unfairly punishing and frustrating. I love a challenge and can appreciate a fair punishment for my lack in skill but this took it to a whole new level which had me stop playing the game altogether.

New guns, sword types and deployable items can be created.

There are numerous schematics that need to be unlocked. Once unlocked the schematics require certain amounts of materials to create. This was okay, but due to the lack of an outside match upgrade system it was not as exciting and the new weapons didn’t really seem to offer anything special. 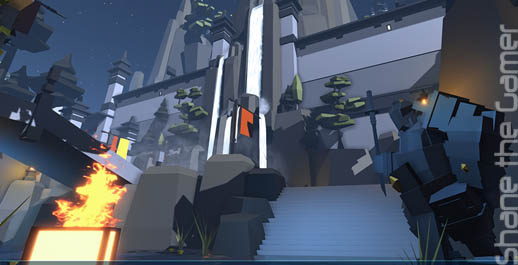 Armour can also be created and upgraded.

This however can only be done in matches and only last the length of the match. Materials need to be collected to both synthesise and upgrade armour. After the match has finished it is all reset and you have to collect materials, create and upgrade all over again. This was okay in the sense every one is equal at the start of every match but I found it to be not an overly brilliant idea. 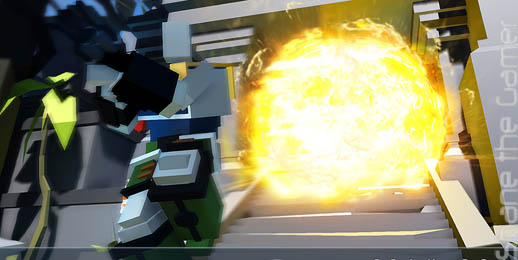 This is not as exciting as it sounds. Each team has one Titan. They have to defend their Titan and escort them to the enemy base so it can destroy the enemy power source. Both Titans are on a path that will have them fight each other midway.

You and your team need to help take down the other Titan to give yours a fighting chance. When both Titans are downed neutral bots spawn on the map that can be killed for materials and after a small while the Titans respawn and the whole thing starts again. The max match time is set at 30 minutes and with this kind of cycle it lost my attention soon enough. 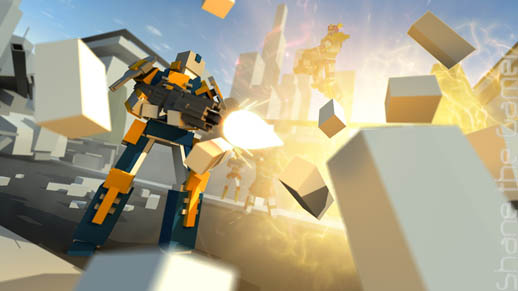 Death Match wasn’t any more or any less than what I expected. It was fun clashing swords with other players spinning around frantically hoping your swords hit home before theirs do. Then again there was great disappointment when you lost your dual wielding swords because you died.

Horde Mode was the better of the three.

Killing the Hordes has you slowing your upgrades of armour and weapons. Dying once means that it’s the end of the match for you. So playing this mode with a bit more tactic is in order. Some take up snipe positions while sword wielders need make sure they don’t get overwhelmed. This, while alive, was fun. When you die you just have to watch other players until the round ends. 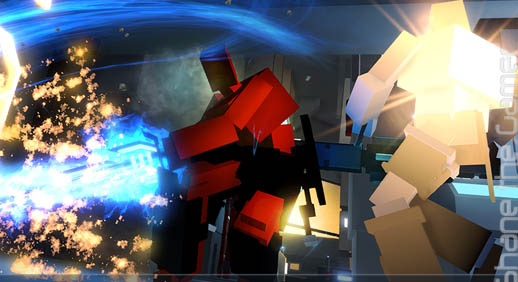 Overall the game is nothing special and depending on your tastes can offer some entertainment.

The graphic style is different and the general gameplay does run smoothly, but there are more fun online multiplayer third person shooters I’d rather be playing, Garden Warfare to mention one.