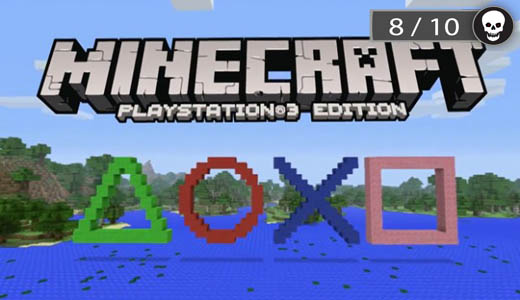 Finally! PlayStation can stand alongside PC and Xbox 360 as a platform that offers Minecraft to its population. It certainly took long enough, but the wait is over and Minecraft for PS3 is now available through the PSN Store.

Now the question remains: was it worth the wait? How does it stack up against other versions?

For those out there living under a rock (hiding from ghouls and creepers, no doubt) Minecraft is simple to explain and is summed up in the title.

Gather resources – Mine – to build protection – Craft – from monsters that linger in the darkness of the world. The concept isn’t a new one, but Minecraft executes it with charm and sophistication that offers an easy to learn but hard to master style of gameplay. Furthermore, the aesthetic is that of a nostalgic pseudo-16 bit era with chunky graphics and minimalistic chiptune styled music. 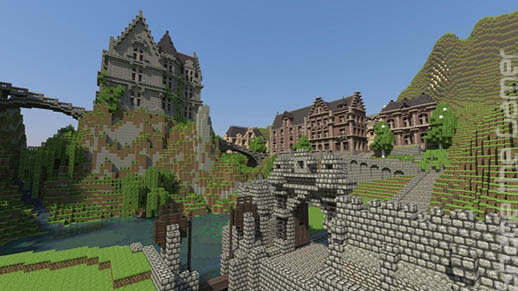 The lack of narrative within Minecraft only works to foster creativity. Monsters and hunger exist to motivate and guide the experience, but only in the most minimal ways.

A player can create what they need to survive the night and feed themselves in the first in-game day. After that, how they interact with the world is completely up to them, and a quick search on Youtube displays the kind of creativity people are able to tap into within the game.

The inclusion of an in-game recipe book for the various crafted items makes crafting a much easier process. While the mystery and wonder of randomly placing items on the crafting table to see what they combine into is gone, much more time is spent actually crafting, rather than experimenting. 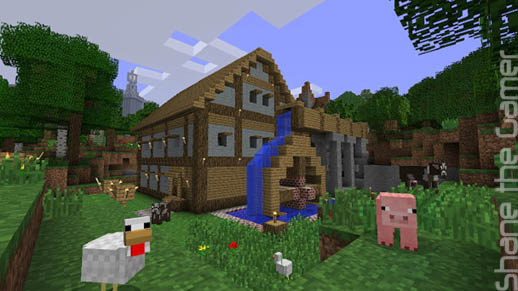 This experience has translated to the PS3 reasonably well, although the control system does take some adjusting if you’re used to playing on PC. Memory does not seem to be an issue for the console either, as the PS3 is capable of rendering a decent draw distance in the world with only a small downgrade to the world’s size.

This should be welcome news to those who have experienced serious lag and frame rate issues with other memory intensive games like Skyrim. 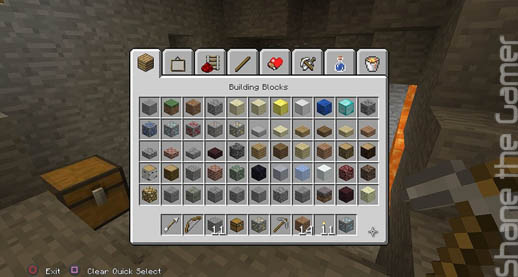 In comparison to other versions, Minecraft for PS3 does not bring anything new to the table.

For those looking to shift to PS3, the only additional features you would enjoy would be the inclusion of trophies and free online multiplayer. This lack of features should not be surprising, but given the number of texture packs available on Xbox 360, it should only be a matter of time before the PS3 is given the same treatment. 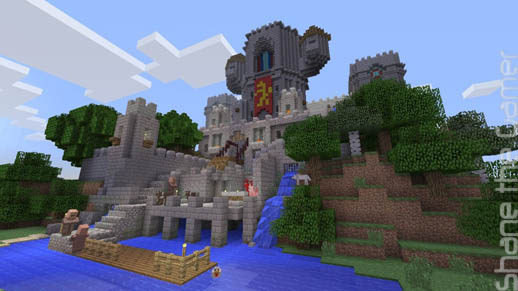 Newcomers to Minecraft can play with the assurance that this game is on the PS3 for them. With only slight marginalization of the world size.

Minecraft on PS3 represents a faithful representation of a game that is about creational bliss. From the open world roaming, to the drifting music, Minecraft is guaranteed to demand hours of gameplay.