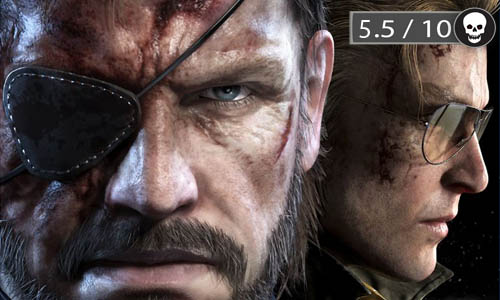 Years ago I purchased a game that I knew nothing about. I played it a few times, it was alright- it had a catchy theme song. The game was Zone of the Enders and it sold quite well.

I paid full price for that game and hardly played it, but I was very happy with my purchase.

Do you know why?

Because it came complete with a demo for Metal Gear Solid 2: Sons of Liberty. I played the arse out of that demo, featuring the entire tanker chapter that formed the prelude to the full MGS2 game.

Flash-forward thirteen years and the folks at Konami have seemingly done the fans a favour. Instead of packaging the demo for their new Metal Gear Solid game in with one of their also-ran games (Castlevania 2 would have fit the bill perfectly), they have popped a price tag on the demo and are selling it as a bona fide prequel to Metal Gear Solid V: The Phantom Pain. 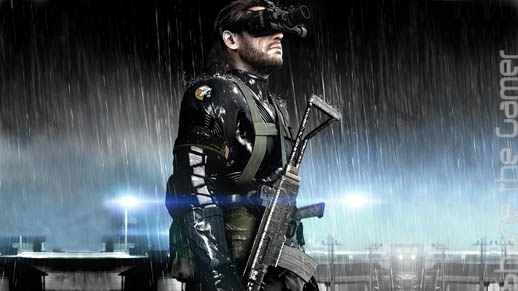 Guys, it’s a demo- and you really shouldn’t have to pay for it.

Perhaps I’m missing something here. Let me put my tech journo cynicism aside for a moment.

That’s $50 to play a two-and-a-half hour preview of a game that’s not out until next year (or the year after). Putting my tin-foil wrapped fan-boy hat on for one moment, that’s not a bad deal. 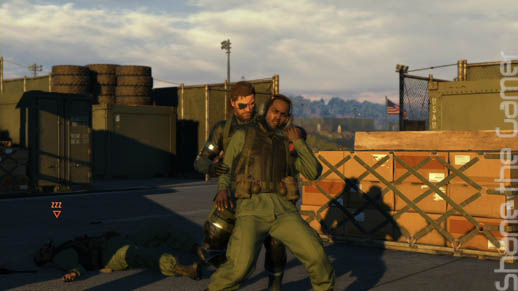 Back in the days before I wore a press pass around my neck, I would queue up for ages at game shows for just a five minute go on an upcoming game. I wouldn’t do it now, but then again I don’t have to. But I can understand why fans do it.

Just as I was happy paying the best part of fifty quid back in 2001 for the MGS2 demo, today, for Metal Gear Solid V, I’d only have to pay twenty-five pounds for the privilege. As dirty as it may seem at least Konami are being honest about it; instead of forcing their loyal fans into buying a game that they really don’t want just so they get the demo that they actually want to play.

Reviewing a “game” that screams demo at me is a little weird and the only way to proceed is to treat it like any other title that I stuff in my Xbox One. 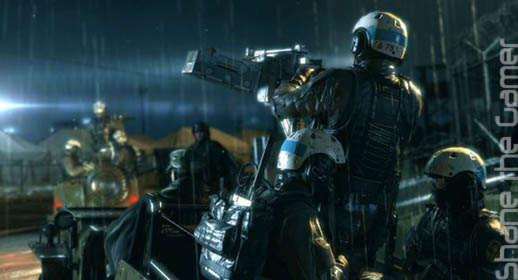 Now, if you are expecting some sort of run down on the Metal Gear Solid chronology you will have to look elsewhere, I’m not going to risk a nosebleed trying to unravel the series’ somewhat bizarre and esoteric timeline for you here. It just is, and we’ll leave it at that.

Metal Gear Solid V: Ground Zeroes is set entirely in one location; the US base, Camp Omega- a very thinly veiled representation of Guantanamo Bay. Snake is charged with rescuing two of his operatives imprisoned there, the boy-soldier Chico and the traitor Paz from Peace Walker.

That is about as much story that you are going to get in the game, besides a closing cinematic that takes things onto Metal Gear Solid V: The Phantom Pain. And I really don’t want to spoil it for you. 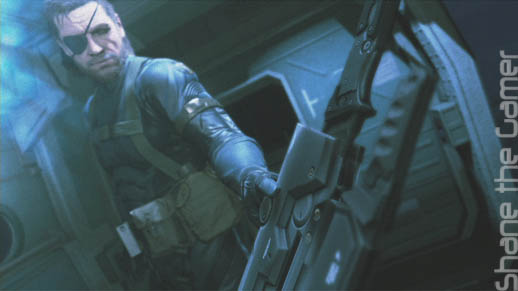 It’s this absence of a plot that, for me, makes the game more like an HD version of the PlayStation Portable’s Metal Gear Solid: Portable Ops. I’ve never thought about it before, but it is Hideo Kojima’s excellently eccentric Metal Gear narrative that really carries what is otherwise some pretty standard gameplay. Its absence in Ground Zeroes leaves a gaping hole in the experience.

Even though we only have one location to play in, offering a preview of The Phantom Pain’s open-world aspirations, it’s been perfectly modeled. Camp Omega offers a variety of environments from rocky cliff-sides overlooking the ocean, to subterranean corridors, as well as open parade grounds. It’s very detailed and looks amazingly rendered using Konami’s new Fox Engine that was premiered in last year’s Pro Evolution Soccer 2014. 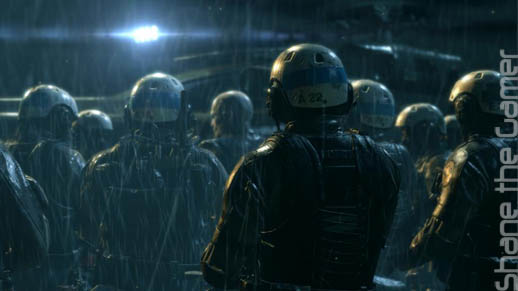 It still feels like a multiplayer map though; of the sort of size you’d expect to find in Battlefield 4.

With Snake in full-on sneak mode, under cover of darkness and in the pouring rain, it’s up to players to negotiate the base in order to individually locate and extract the two imprisoned operatives. As you’d imagine, the base is full of patrolling guards. These will need to be either carefully dispatched or avoided so as not to raise the alarm.

Whilst I do have some huge issues with the enemy AI, the guards are not immediately stupid. If they spot a downed colleague they will investigate. If they spot you they will call for support. With a few careless mistakes it’s easy to bring the whole base down on you. 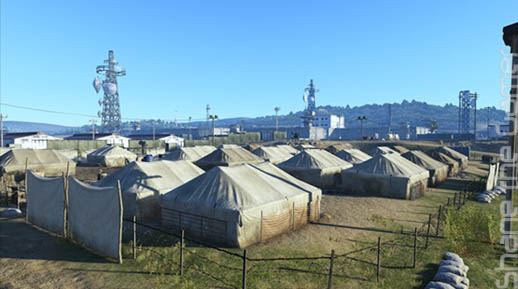 The game allows players the freedom to accomplish the mission as they please; this could be guns blazing or without a single kill. Both options, and anything in between, will allow you to achieve your goal. Being as the guards are US Marines, the game would prefer that you used non-lethal actions.

As in previous games Snake is armed with a tranquilizer gun and a silenced rifle. Over-use of the rifle with break the silencer and draw guards to the sound of the gunfire. You can also use a pair of binoculars to spot the enemy and tag their locations. This is very handy, but not so good if you get complacent, miss tagging a guard and then run straight into him. As with previous Metal Gear Solid games a good degree of patience is required.

Ground Zeroes is undeniably Metal Gear Solid. And that presents a bit of a problem.  As beautiful as it looks, the Fox Engine’s graphics mask what is effectively the same game Kojima has been making for the last twenty years. 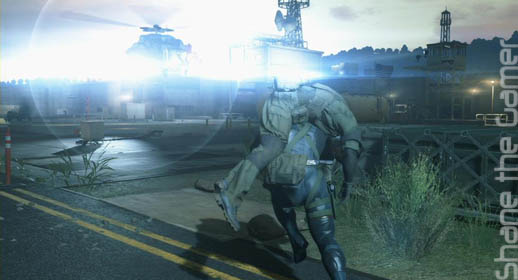 Whereas other games have moved on, Metal Gear Solid seems to be stuck in some retro timewarp with Snake unable to interact with his environment except when snuggling up to cover. At other times he is happy running on the spot against a wall that is not going to move for him. He also does the same when crawling, along with a nice line in spinning, impossibly, on the spot as if he is lying on ball bearings.

Uncharted’s Nathan Drake continuously interacts with his environment, naturally reaching out and steadying himself at every opportunity (and then some). In comparison Snake’s motions are positively jittery and robotic-looking.

This sort of lazy animation may have been fine back in the day, but not now. Animations should properly transition, even if the player makes a sudden directional change. It’s just sloppy. 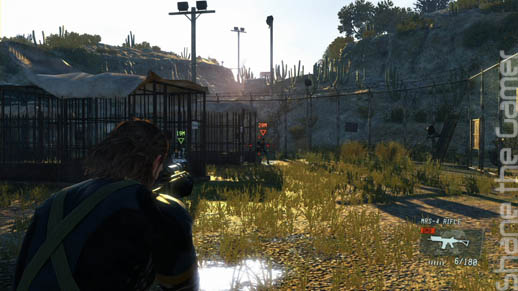 For a game that plays itself so straight there are times when the developers lack of care (or, indeed, respect for its customers), slaps you in the face. One such time is when the helicopter door opens in flight. The camera flicks to a number of different characters and not one of them has a hair out of place. The wind, it seems, in MGS doesn’t blow hair. That or, this game being set in the 1970s, there’s a bit too much hairspray in play.

The game’s retro design continues with the enemy AI. I spend a good half-hour on my belly under a building picking off the hapless guard as they called for reinforcements, searched for me, lost me, declared everything all clear and got shot by me again. I was able to wipe out half of the enemy force this way. I so wanted one of the guards to crouch down and shine his torch on me; that would have been awesome. But they didn’t. Instead it was boring as hell and really proved to me that the game’s AI hasn’t really changed since Sons of Liberty. 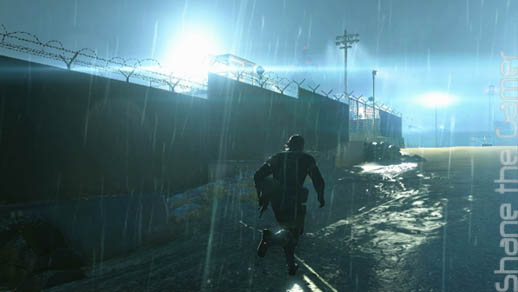 What has changed, though, is the voice of Snake. For this game, Kojima Productions have replaced series veteran, David Hayter, with Hollywood actor Kiefer Sutherland as the voice Snake. This may make sense from a commercial point of view, but David Hayter has had decades to perfect the delivery of the series’ awesome but awkward dialogue. I missed Hayter’s Snake with his earnest deadpan exposition and long pauses.

I wish I could use the line “short but perfectly formed”, but I can’t. I completed the main Ground Zeroes mission in 190 minutes. I got a rank E, so I could’ve done better. Bearing in mind I was reviewing the game, i.e. testing it and trying to break it, so I could have probably done it in less time and been a bit more careful.

Whilst there are loads of strategic options available to players, now I know where the two captives are I could pretty much go straight to them and have it over in minutes. I won’t though, as I have better things (and games) to do. 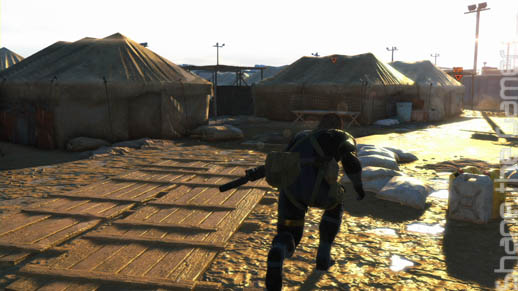 With the main mission out of the way the game opens up a Side Ops. These missions are in daylight, allowing the Fox Engine to show off it’s pretty cool lighting effects. There are four missions which require Snake to assassinate targets, extract an agent, acquire intel and destroy military hardware. Apart from the last mission they are all really the same- go in do/get something and escape.

There’s also a fifth, console specific, unlockable mission that I’m going to leave as a surprise.

Being fair these unlockable missions do edge the game away from just being a demo, but are still not enough to really justify the asking price. They are a bit bolted on, like user levels made with a game editor. There’s no real narrative and it makes little sense as to why Snake keeps going back to do stuff in Camp Omega. If you are that way inclined, they do offer more replay value in the package.

In spite of everything, in my mind I kept saying, “But this is Metal Gear”, like I felt obliged to give the game points for past glory. But I just couldn’t. 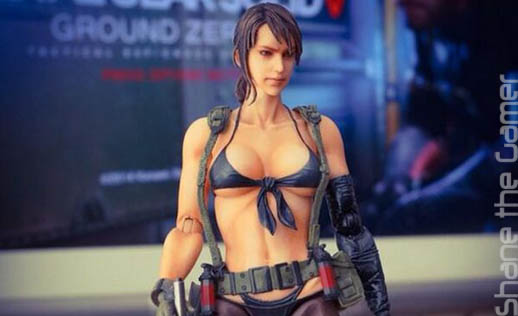 As a budget game Ground Zeroes is OK, but its presentation is barely adequate. Poor AI, bad movement animations and the general brevity of the game means that it’s not one that I’d recommend to anyone other than a rabid Kojima fan.

With Metal Gear Solid V: The Phantom Pain not likely to see the light of day until 2016, I hope Kojima Productions are putting their backs into turning out something a bit better than Ground Zeroes. If they don’t, it will be a shame to see such an iconic series laughed off the stage.