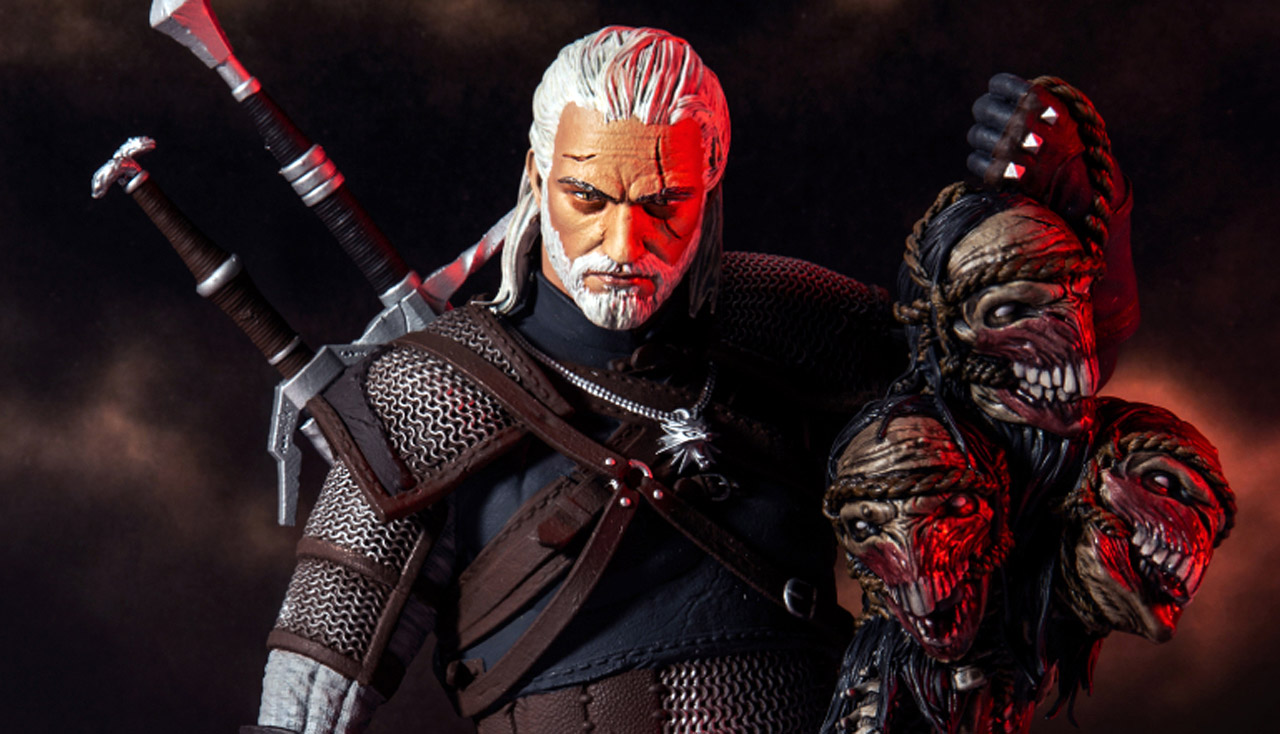 One of the most critically acclaimed and popular video game franchises has linked up with one of the most innovative and creative action figure manufacturers.

In a partnership with CD PROJEKT RED, McFarlane Toys is excited to announce the addition of The Witcher 3: Wild Hunt action figure into their Fall 2020 lineup with the reveal of witcher Geralt of Rivia. A master of the sword, adept at combat magic, and with finely-honed witcher senses, Geralt was forged at the elite School of the Wolf and is considered one of the deadliest witchers ever trained.

The Geralt of Rivia 12-inch figure will be featured wearing his signature Kaer Morhen armor and will include Geralt’s silver and steel swords with sheaths, monster head trophies, and The Witcher branded base. 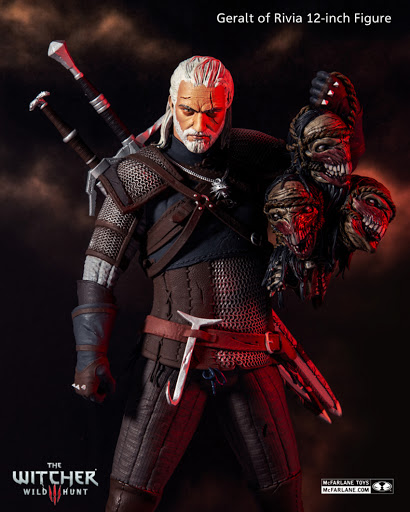 Video games produce some of the most amazing visuals you’ll ever see, and The Witcher is a huge part of that,” said Todd McFarlane, Creative Force and CEO of McFarlane Toys. “With The Witcher 3: Wild Hunt, we’re now able to take these characters and literally have them jump out of your screen and create the most realistic, accurate action figure out there!”

McFarlane Toys’ Geralt of Rivia 12-inch figure will be available for pre-order in mid October 2020 at Amazon.com and available at Best Buy, Walmart.com and specialty retailers worldwide in November 2020.

Developed by CD PROJEKT RED and winner of over 250 Game of the Year awards, The Witcher 3: Wild Hunt is a story-driven, open-world RPG set in a visually stunning dark fantasy universe full of meaningful choices and impactful consequences. As one of the few remaining professional monster slayers for hire known as ‘witchers,’ chart your own path to adventure in sprawling, monster-infested lands of the Continent. Discover unexplored landmarks and abandoned ruins, meet vivid characters with their own goals and motivations, and take on multi-layered quests as you strive to find the Child of Prophecy whose power might just be the key to saving the entire realm — or destroying it.

Fans will start to see additional new The Witcher action figures from McFarlane Toys rolling out on retailer shelves in 2021.