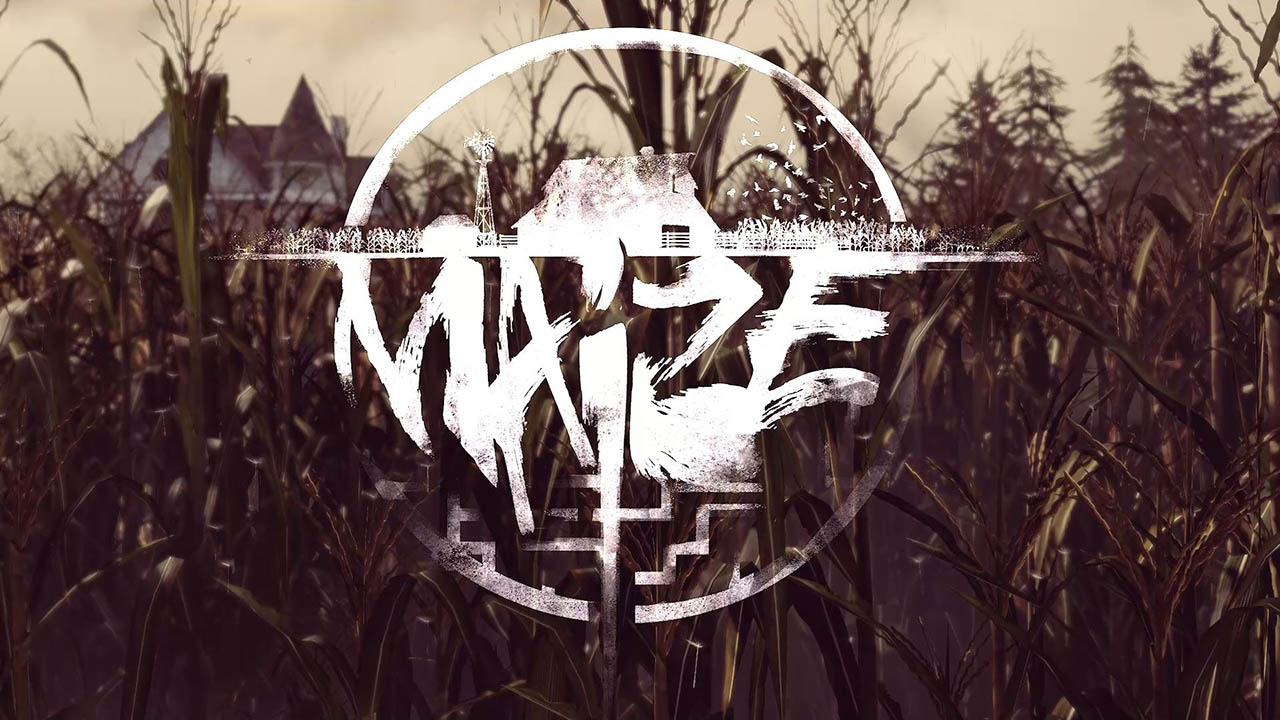 Maize is one of the strangest games I’ve played this year, perhaps ever.

Irreverent, funny and always bizarre, it kept me playing almost nonstop until it was done. You wake up on a corn farm, somewhere in the United States. As you wander through winding paths amongst hundreds of rows of corn, you find a dilapidated house, abandoned. The narrative that follows is often confounding and delightfully surprising, involving sentient corn and an underground research facility. Unfortunately I can’t say too much more about the story, but really I don’t want to. Some surprises are better left unspoilt. 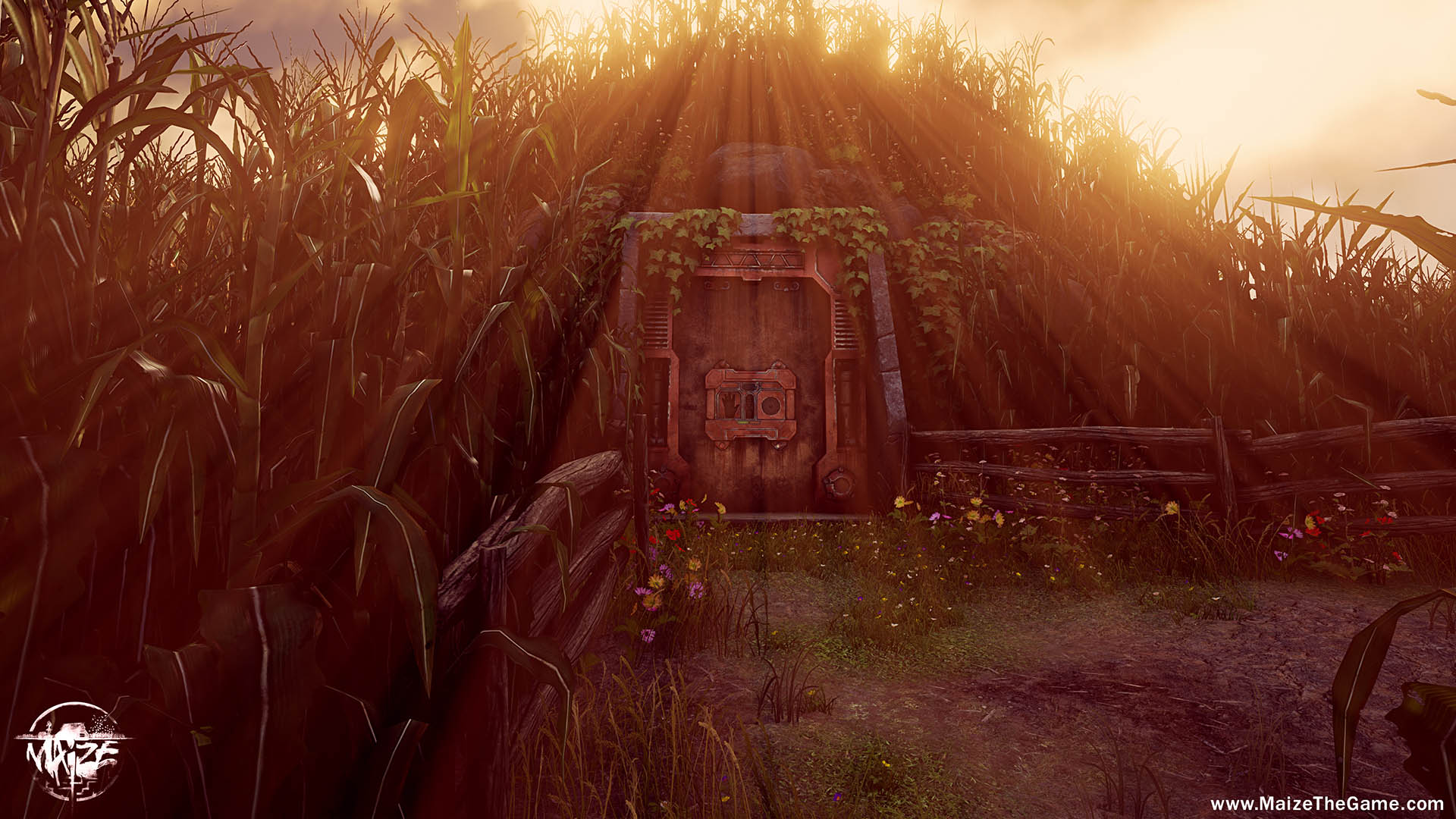 If you had to categorise it, Maize would technically be a walking simulator crossed with the soul of a 1990s adventure game. But after a brief but (I think deliberately) uninspiring introductory sequence, the game starts to show its true colours. There are adventure-game style puzzles that require you to put items together. But these aren’t necessarily logical, taking on a monty-python-esque absurdist atmosphere. It takes the mickey out of traditional adventure games and walking simulators, sending-up their seriousness. I did find there was some level of pixel-hunting for that exact item, but that is to be expected for this genre of game. 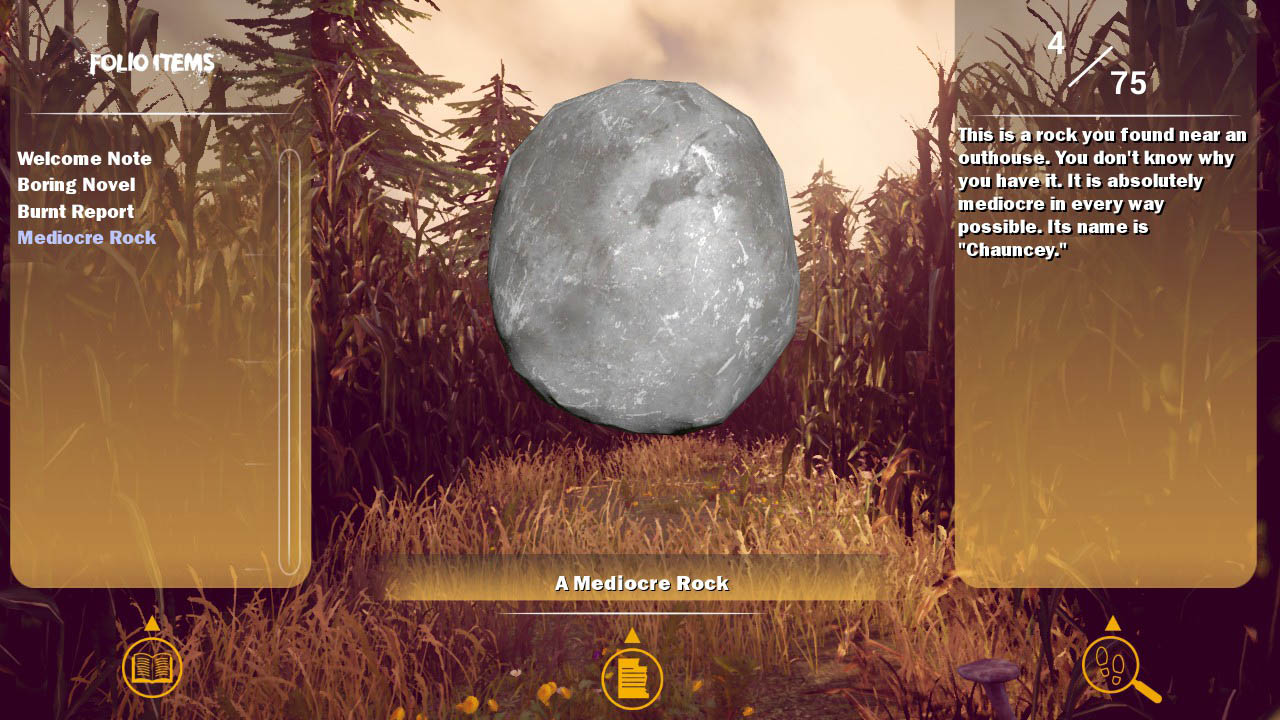 In gameplay and story terms, the descent into the facility matches up with the increasing insanity of the two researchers. An incredible number of passive-aggressive post it notes are spread around amongst hundreds of cheeseburger wrappers and gold-plated toilets (a metaphor for the facility as whole, no doubt). Humour is difficult to get right in game development – but developer Finish Line Games have done just that. Of course, comedy is hugely subjective so what I find amusing may fall flat to you, but for the specific type of comedy the developers have gone for, they have done excellently. While it doesn’t break the fourth wall it comes very close, and those familiar with games culture will see many nods and sly winks in references all around the game.

It’s a beautiful game too, especially when you’re above ground amidst rows of corn. It’s a testament both to Finish Line Games’ technical abilities and the way small teams can now create games that have AAA levels of polish and visual fidelity. Voice acting is top notch and even the animations are extremely polished. 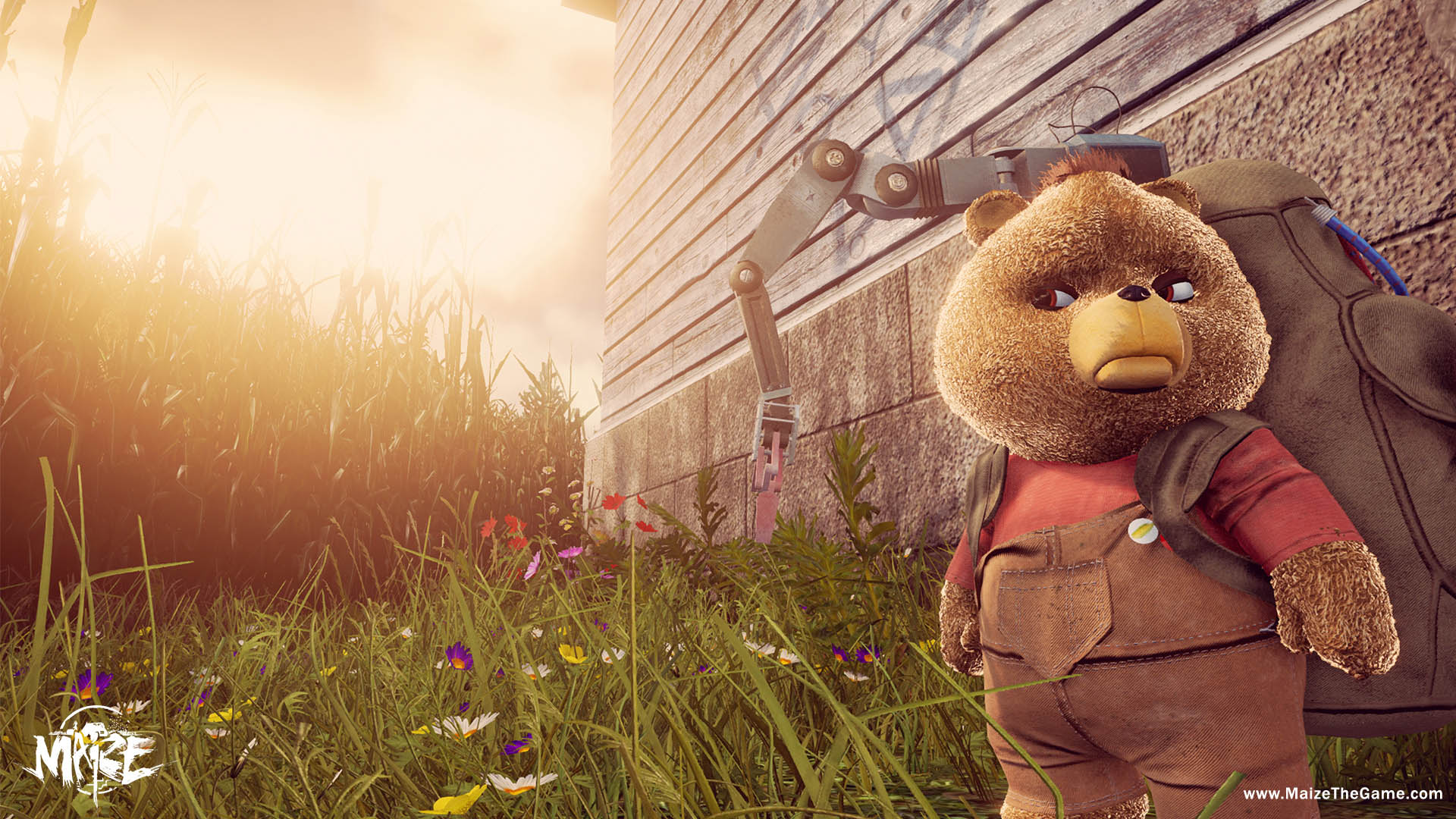 If I could criticise the game on any point, it’s that there’s not much to do once you’ve been through the game once. There are 75 collectibles scattered throughout the game to find but these aren’t really necessary for anything besides background information. A chapter select function also helps you pick up just what you missed without playing through the game again. While this can be tedious, in an adventure game you’re generally hunting around for anything that can be scavenged anyway. Some of the items, such as inanimate, pointless rocks point to gamers tendency to pick up every last thing they can find. It’s this sort of attitude that defines Maize. If that sounds pointless and boring to you, well that’s kind of the point, but the game might just not be for you in that case.

While Maize was relatively short, it was a great length for what it set out to do. Beautiful, funny and full of surprises, it’s the perfect palette cleanser for so many serious games that are out there at the moment. I highly doubt it’s going to become an instant classic, but it would be a shame for Maize to pass by without you getting at least a small taste of it, no matter how corny it may be.