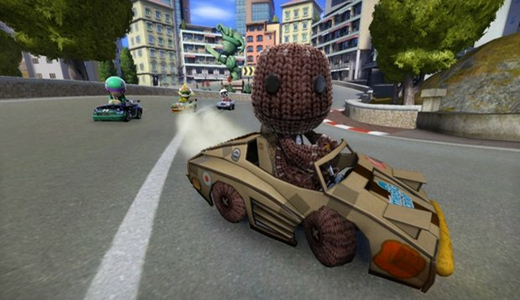 Your imagination is about to get its wheels on as the franchise that oozes creativity and originality goes the way most popular franchises eventually do; Karting.

Little Big Planet Karting places Sackboy behind the wheel of a cobbled together Kart and throws him onto a track against an enemy known as The Hoarde, in a follow on of sorts from LIttle Big Planet 2.

These pesky randomly stitched together Sack creatures are running rampant throughout Craftworld, stealing the Prizes within and your Mission is to race after them, destroy or beat them in order to get it all back. 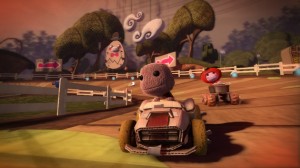 Big Planet) Karting developed by the studio that bought us ModNation Racers, has Family and Social gaming at it’s core.

Whilst tearing around any of the diverse tracks, weapon pickups are dotted throughout, from booby-traps, to defensive and projectile.

Driving through one of the said bubbles enables your weaponry kit.

At times you will need speed, especially if you are close to the Finish line and are almost in 1st Place.

This is where your drifting ability comes in. As a Tutorial at the start of the game will teach you, you have the skill to drift around bends. The longer you can keep a drift going the more likely you will work yourself up to a short lived but very helpful speed boost.

There are also on-track Speed Boosters and other novelties such as Fast Forward.

L1 and R1 (or Right Thumbstick, depending on your chosen config) are defensive buttons where if another Racer is close enough to exchange paint jobs on your ride, you can give them a smack which pushes them aside. You can opt as to which control method you prefer for Accelerator or Brake aswell or you can use the PS Move Controller. 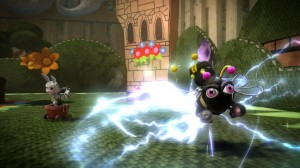 Your aim throughout is of course to win as many races as possible. By winning you receive more rewards and points aswell as unlockables.

Of course it would not be an LBP title without customization.

The POD is your Hub and from there you opt for whichever track or race you want to partake in.

Pretty much the same as other games in the Little Big Planet series, what you create will have a pivotal role in the entire gameplay.

You can customize Sackboy (of course) as well as his karts and create your own tracks, which do not have to be within a racing genre.

There is a Track editor is also the area where you can tweak the rules of the game to your own liking, opt for certain weapons or create them and then share the entire thing online.

If you see one created by another, download it and try it out, wear it in like a new pair of pants. 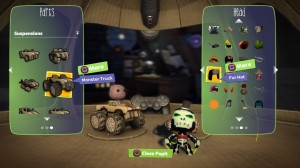 created by another player and shared or in-built into the game are all Multiplayer enabled.

LBP Karting does require an online pass in order to play Multiplayer online and share content. This can be obtained from the PSN at cost.

For a game that has already made a name for itself, a game that is in a niche of its own, Little Big Planet Karting, seemed like an unnecessary addition.

It’s true that all popular franchises at some point or another try out a ‘Mario’ styled Go-Karting chapter. Some do it well, others should have never bothered.

LBP Karting is very well put together, but for the sake of the entire series’, I have to ask why? 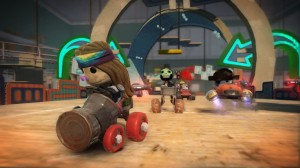 It treks along with the same basic formula as any other Kart racing orientated title but keeps itself signature to the Little Big Planet name.

On the face of it though, it is a standalone within its own right and in a way compliments in the entire franchise.

Little Big Planet Karting is a must for those who are either die-hards of the series or love taking on those cutsie racer games. 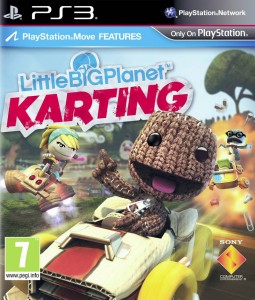