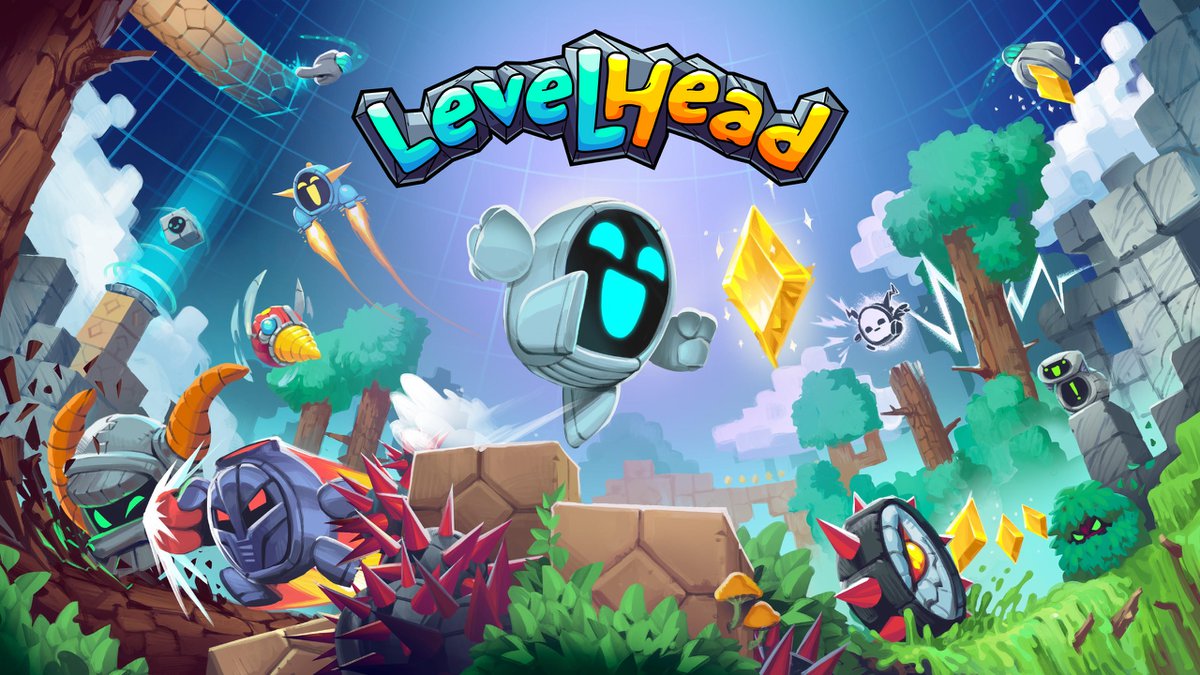 Welcome to the Bureau of Shipping! As a member of the universe’s premiere delivery service, you’ll make sure the galaxy’s packages are delivered on time, every time, even if it costs your pension (and maybe your life, didn’t you read the small print?). But don’t worry! Your faithful GR-18 robot will handle the hard stuff, like navigating outlandish hand-crafted Levels in a fully-fledged campaign.

Each Level tasks the GR-18 with taking a package to the delivery zone. This package is your new best friend. Protect the package. Love the package. Use the package’s silly little face as a stepping stool when convenient. Having trouble reaching the drop-off point? Powerups like the Quantum Electrodongle let the GR-18 warp through space and go through walls, while the Juice Drive serves as a jetpack. Up to four players can cooperate in the campaign mode, so recruit some friends onto the delivery squad. 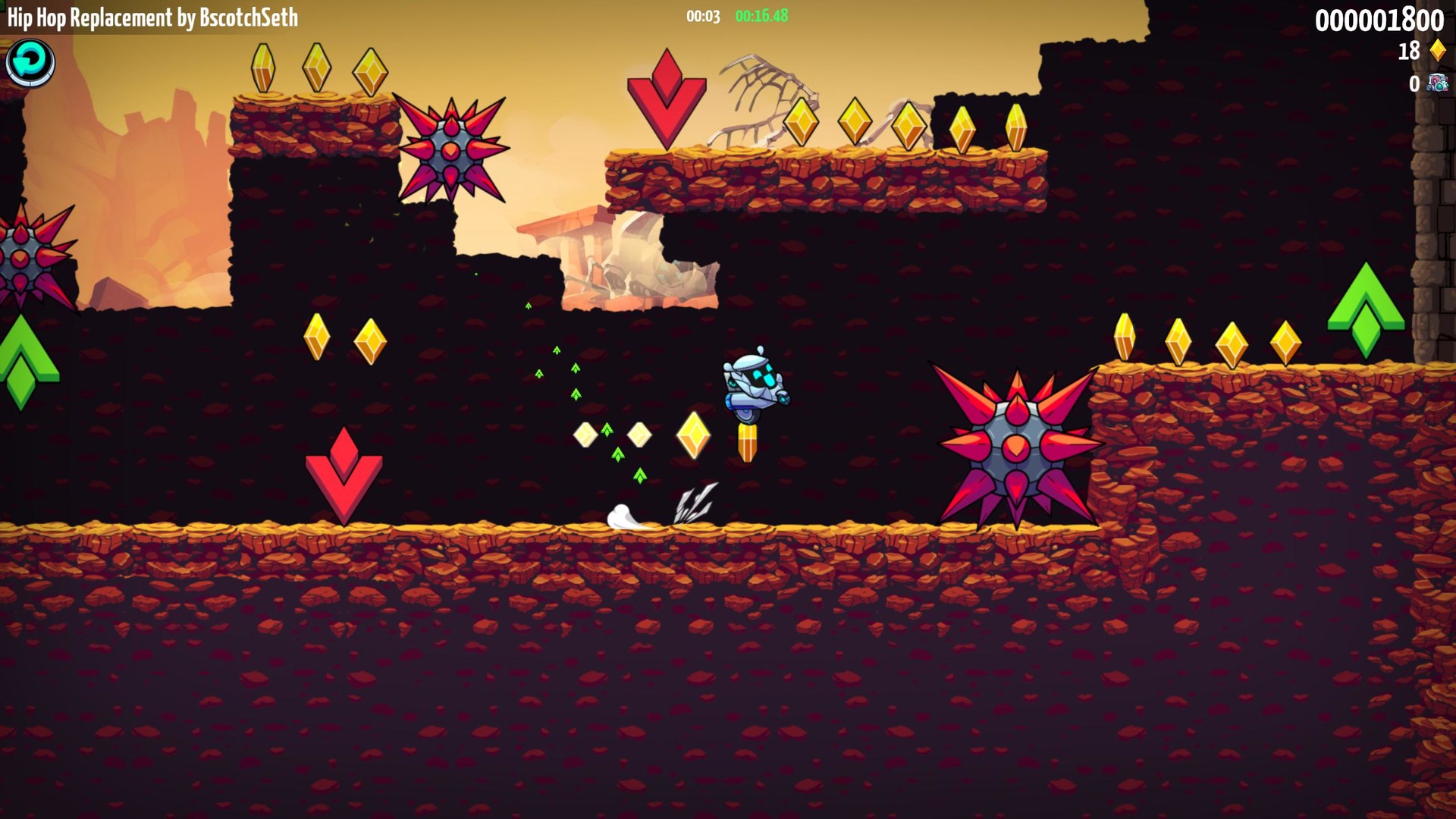 The campaign offers deliciously snappy platforming with tight controls, but it also serves as a Level-building tutorial. That’s right — while your little buddy repeatedly explodes by face-planting directly onto spikes and getting attacked by robotic creatures, you’ll learn valuable life lessons! The campaign mode gradually introduces new Level-building elements, showing how they can be effectively used in a natural, intuitive way.

When it’s time to flex those creative muscles, hop into the Workshop and start the glorious process of Level creation. With a ridiculously easy-to-use interface, stages can be as simple or complex as you want. Build a breezy, atmospheric stage or a chaotic, controller-crushing gauntlet. More than 100 different creative elements, three biomes, and game-changing powerups allow for intricate ideas like disappearing platforms, secret areas, switch-based mechanics and much more. Four players can create Levels together to make the craziest ideas less daunting. 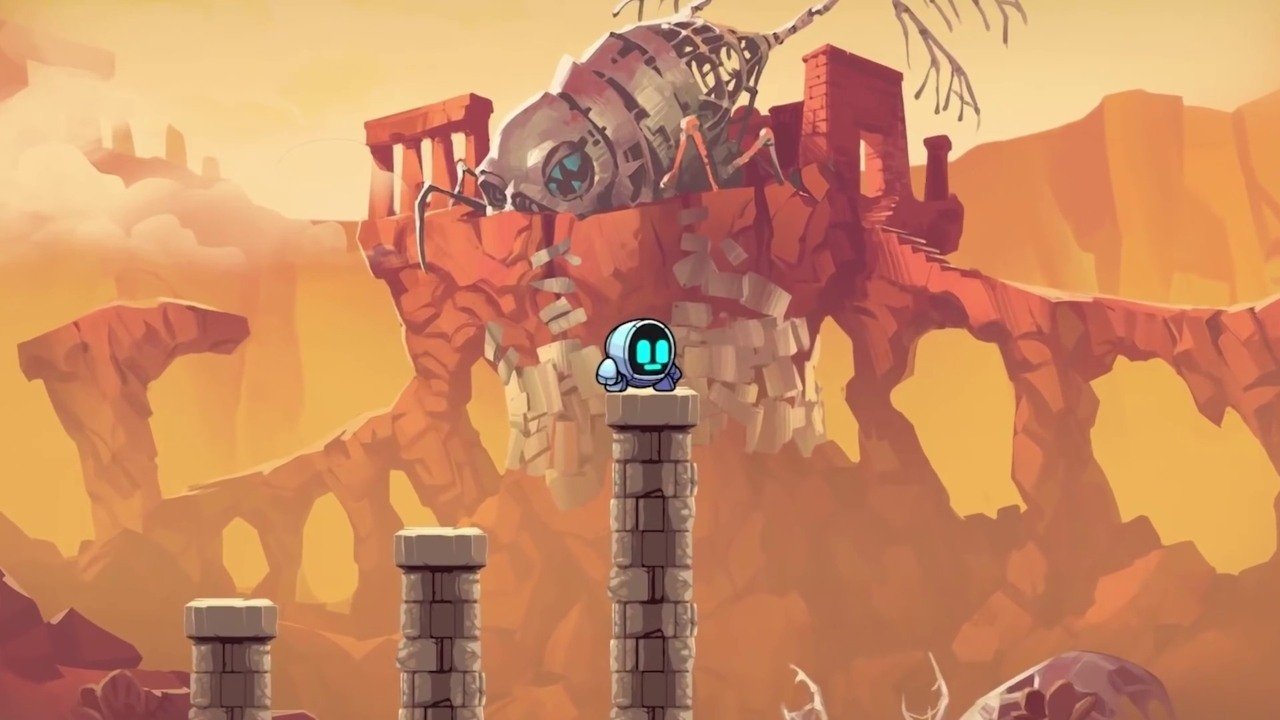 Satisfied with your beautiful new Level-baby? Publish it and send it off to the world! All levels have multiple tags assigned to them, making it easy as space pie to find something that floats your boat. Leaderboards track the best runs, meaning there’s always a record for you to destroy. Subscribe to other Levelheads to curate your own feed of content while also becoming a well-known creator yourself.

“Levelhead started its life as a more traditional game that put satisfying platforming above everything else,” said Sam Coster, co-founder Butterscotch Shenanigans. “After we saw the potential of our level editor, we just couldn’t stop making it bigger and bigger. Seriously, please help us.”

Levelhead will be available on PC with Nintendo Switch, iOS and Android launching later this year. Levelhead, the cooperative level-building platformer from the DICE Award-nominated team at Butterscotch Shenanigans, launches on Steam Early Access in April 2019.