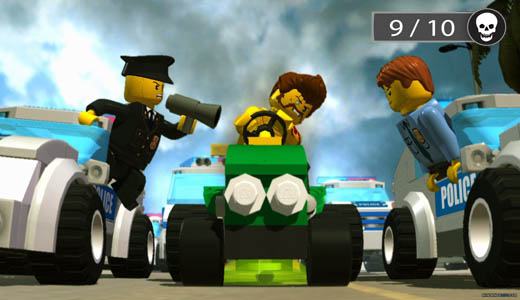 LEGO City, a once safe haven of commercial success is now ravaged by crime. There is only one, er, man for the job and he’s back in town, fresh off the boat and ready for action.

Chase McCain hears the Mayors cries for help and re-enters the city he once ruled as a fearless law enforcer, after a couple of years of being away.

The fumbling Police force are trying to grapple the rising crime wave, with technology they do not fully understand and lead by a hard-nosed Commander, who is more bark than bite. 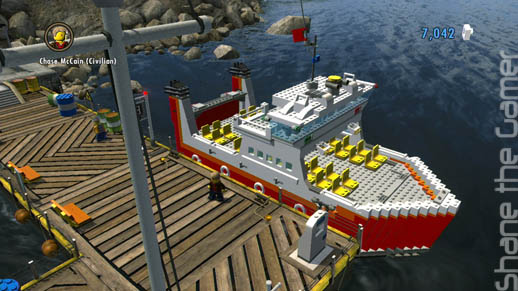 It’s time to clean up the streets, brick by brick and get to the source of this epidemic.

Rumour has it that the bad boy Rex Fury is no longer behind bars and is the root of all of this crime. A call to ex-girlfriend ; Natalia Kowalski is bitter sweet as old feelings arise and the fact that he exposed her whereabouts to the criminal underground.

First thing that I noticed was LEGO nubs, Gold, Silver and Blue, in abundance and an almost endless supply of destroyable objects, also giving these tasty nubs which you use for unlockables. 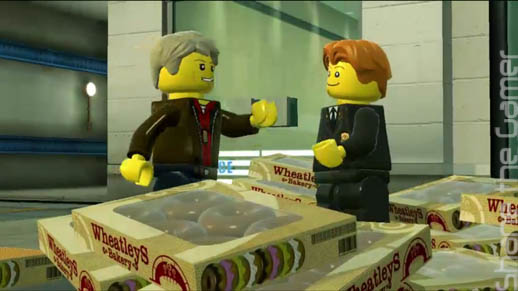 The first task you are assigned is to commandeer a Police Vehicle and get yourself to the local precinct.

But I scouted about for these nubs and things to destroy, and after some hours gave up doing this, as it became all too consuming.

It was clearly evident from just this first introduction that you could lose yourself in the art of collecting bits of LEGO for weeks on end without getting into the story of the game. 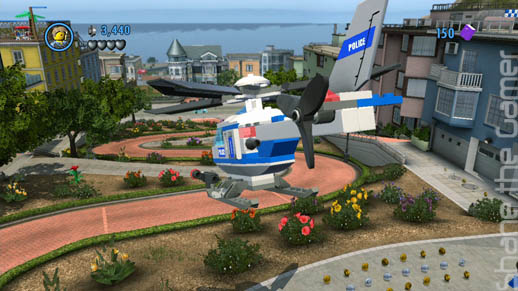 Now, everything takes place the sprawling metropolis that is LEGO city.

Unlike previous LEGO games, the entire cast of characters have a voice, and a very cheesy sense of humour.

Chase will employ not only tactical and melee moves that he is equipped with, like wall jumps and swinging, but he will also take on disguises at game specific intervals for that necessary covertness. 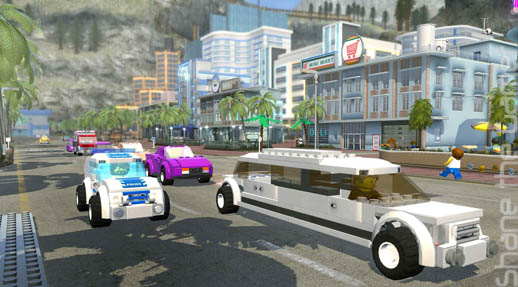 Each disguise also gives him differing abilities that are reflectant to the persona he is imitating.

Chase will go covert quite often, as a Limo driver and even as a bad ass crim, in order to get closer to Rex.

Taking control of varied vehicles is easy, and it’s fair to say that the gameplay borrows alot from the Grad Theft Auto series. 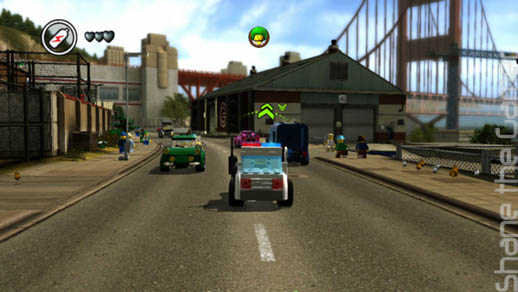 Chase will fly Helicopters like a Pro, travel in a Space Shuttle and dominate any earth bound vehicle. You are also able to change vehicles on the fly as it were, by leaping from one moving vehicle to another.

You will probably do this more than you plan on doing so as vehicles tend to get damage really easily.

The tried and true of LEGO games also is a major feature; loose blocks scattered about where at the press of a button on your controller, will magically build or repair a structure. 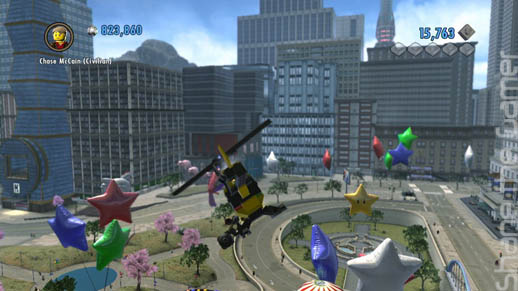 The Wii U’s GamePad (controller) will act as a Communicator and a scanner to locate baddies.

I was surprised at the depth of this game.

Lego City is massive and it’s almost sandbox like environment means that you can explore a lot, to the point where you almost forget the main gameplay and go for as many collectibles as you can and explore endlessly. Doing this will also reveal some Nintendoey surprises. 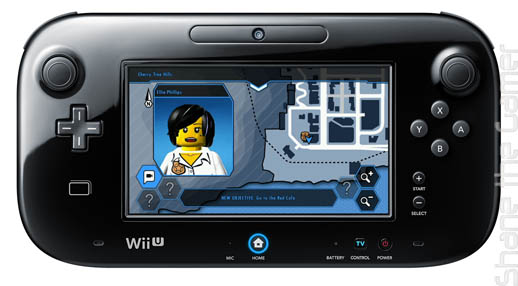 To say that LEGO City: Undercover is fun to play is a huge understatement, it’s funtastic and as equally engrossing.

A game that you can’t put down with laugh out loud moments.