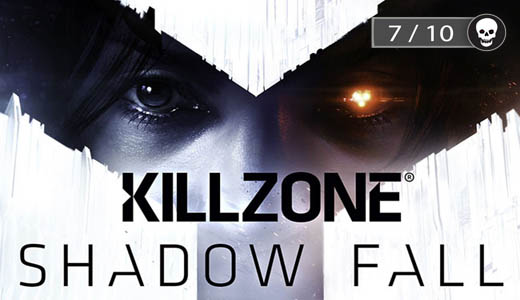 Here we are! The PlayStation 4, the next generation of gaming, if Sony are to be believed. And one of the exclusive launch titles that they seek to prove this lofty claim with is none other than the latest in the Killzone series, entitled Killzone: Shadowfall.

The Killzone series isn’t one that’s ever particularly set my world on fire, but they have managed to consistently offer a solid collection of sci-fi FPS that have kept me coming back over the now 3 (or more, if you include portable outings) generations of major consoles it’s existed on.

Shadowfall is the series’ first outing on the PS4, so understandably we’ve got a game that’s really doing it’s best to show off what the powerful machine is capable of. And while we perhaps have yet another entry that doesn’t quite manage to be the ‘Halo-killer’ PlayStation always wanted it to be, we get another remarkably fun, clean, beautiful gaming experience that’s definitely worth a play. 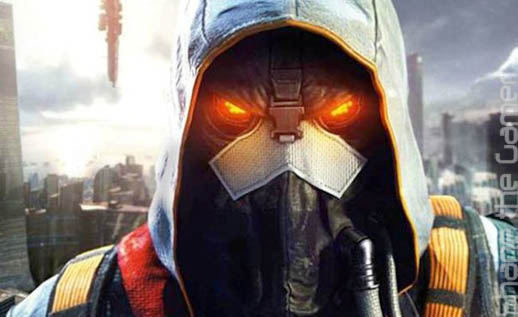 For whatever reason, the (always suspiciously Nazi-like) Helghan, having lost the great war with the ISA, are now in complete disarray. Without their home planet to live on, they are kindly offered a full half of a lush ISA planet called Vekta – which looks a bit like an ultra clean Gotham City of the future.

The two opposing forces (keep in mind these guys were at war not too long before this all went down) are separated by a literal wall around the planet (much like that one that used to be in Berlin, would ya look at that?), and tensions run high until eventually, the Helghans decide to start being jerks again – surprise! This is about where the historical parallels run out, and we just descend into more standard good guy vs bad guy fare – which to be honest, is a much more comfortable fit for the series and the genre. 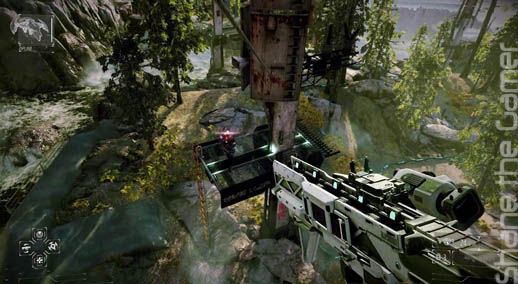 Set 30 years after the original Killzone, Shadowfall throws you into the shoes of one Lucas Kellen, an ISA Shadow Marshall.

Lucas’ father is killed by a Helghan patrol breaking some serious War rules in the early stages of the game, in a scene that is either genuinely emotive or typical action movie garbage, depending on which side of the sentimentality fence you find yourself sitting on.

Lucas is taken in by the ISA (he literally just gets found by a soldier, and happens to spend his entire life training with him) and is spat out the other end as a badass stealth commando. Once we get all this backstory finally out of the way, we get the chance to have a hoon on some proper FPS action and, luckily, it’s worth the wait – simply through offering the core of a very solid FPS. 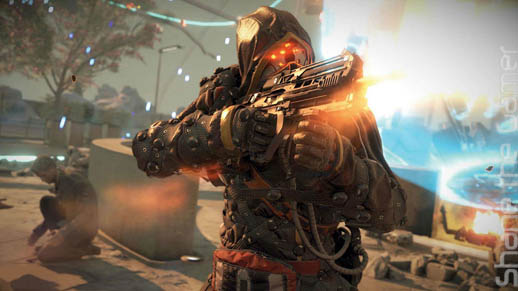 All the elements you’d expect to be good are, most certainly are. The combat is tight and visceral, with each round you land on an enemy it really seems like it hits home. The weapons are great fun to use, and have just enough range to keep you interested throughout the games campaign.

I had pretty much expected the PS4’s touch pad to exist purely as a gimmick, forcefully tacked on to all first party titles. And while I still maintain this is sort of the case in Shadowfall, I’m slowly coming around.

You see, in addition to his regular FPS toys, Lucas also has with him (most of the time, anyway) a little flying robot helper called the OWL. 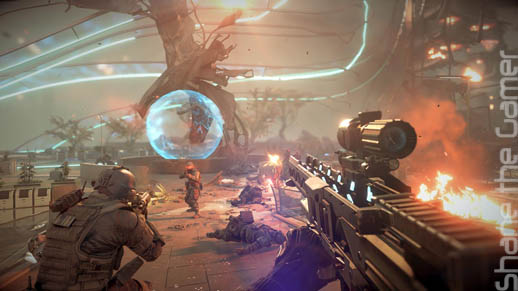 OWL has a few cool functions – hacking, combat, the ability to shoot ziplines and heal you.

It’s possible to quickly swap between these functions by swiping in a direction on the touch pad. At times I found this annoying, but certainly less so than dealing with a more confusing physical button pattern. The OWL is a heck of a lot of fun to do and use, it really spices up some of the otherwise too long, firefight-free segments of the game.

Killzone: Shadowfall is a very competent shooter, and while it has moments of excellence, it is by-and-large just a collection of well-polished shooter elements. 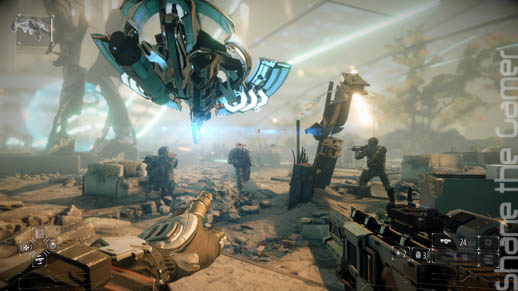 All of these parts work together very well, but don’t offer anything hugely new to the genre.  Aside from the fact it runs beautifully on the new PS4 hardware, and makes the most of the touchpad the PS4 has on offer, this is nothing you won’t have seen before. I get the impression Sony wanted this to be the exclusive to end all exclusives when both rival consoles launched, but it isn’t that – it’s not even as memorable as Call of Duty.

It’s just a good, not great, sci-fi shooter to add to your collection if you’re that way inclined.