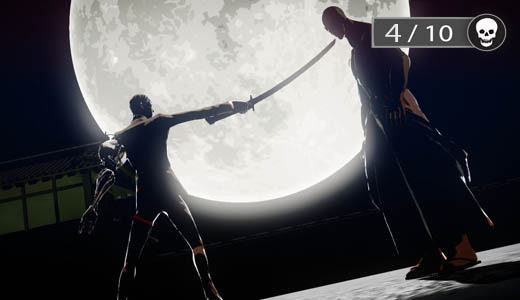 You’d think after the offensive and borderline unplayable calamity of Lollypop Chainsaw, and the crude, only barely passable shooter Shadows of the Damned, people would stop letting SUDA51 make games.

And yet here we are again, for the worst outing yet, the confusing titled Killer is Dead.

Usually I begin my reviews with a brief outline of sorts – outlining the story of the game, identifying the main character and trying to give you, the reader, a brief sense of what you’ll get from a narrative standpoint from playing the game. I’m hours into Killer is Dead at the time of writing, and I still have no idea what’s going on. 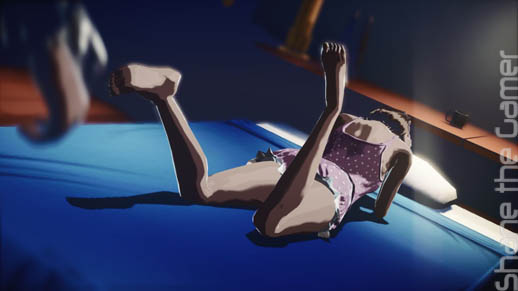 All I know is I’m playing as a hired assassin called Mondo with a samurai sword and a gun for an arm.  Aliens and ghosts are involved. The plot gets more and more convoluted from there, taking itself way too seriously and experimenting with conveying themes and messages the game itself has nowhere near the gravity to be toying with – it’s hard to explore the concept of love when all of your characters are bland puppets. 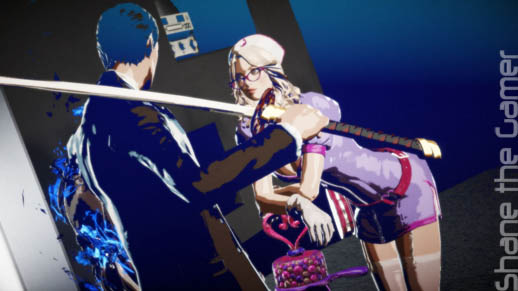 It’s one thing to have a bad story – plenty of games get away with this (look at Gears of War – earth is being attacked by grump guys from the ground. Easy), but when you go out of your way to have a confusing story, that’s poorly told, it’s hard to care at all about the action, and you’ll find yourself skipping the long, drawn-out cut scenes after a while.  These cut scenes would be somewhat more tolerable if they weren’t also so terribly directed – with random, disjointed close-up shots, bizarre jump cuts and senseless lighting changes that make them completely off-putting from an aesthetic point of view and show the huge difference between auteur and amateur.

Lump into that some of the most insanely annoying and/or bland characters you can think of – Mondo’s assistant is an over the top Japanese caricature of girliness, his boss is gruff and angry cyborg – with the worst voice actors you could possibly imagine, and the plot of this game would be doomed regardless. 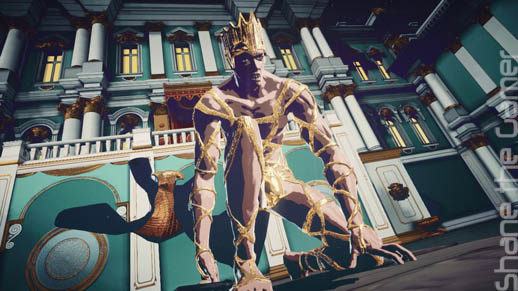 So we rely on the action to save Killer is Dead? Nope, this is a hack-and-slash third person action game where all your moves are assigned to a single button. Run into a room, mash the X button to perform long combos, then leave. Block and dodge every now and then for good measure, but rarely will you need to.

The gun arm mechanic works like every other gun you’ve ever used in a game – left trigger aim, right trigger fire, but tight camera angles and sloppy combat mean it’s never likely to be any real use to you. There are moments when the violence in this game looks terrific but because they come all to frequently, you quickly become disinterested in it. Given how repetitive the combat feels and looks, after a few hours you find yourself really struggling to want to continue. 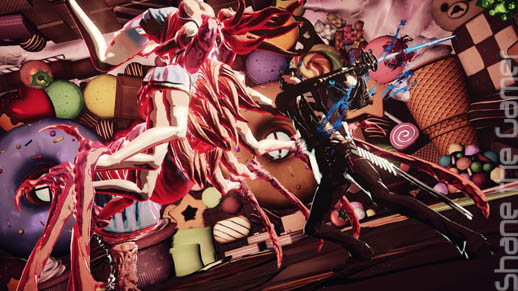 The only saving grace here is the ability to revive when you die – your annoyingly peppy assistant jumps in and stabs you back to life with a needle.

Further hindrance to this is a collection of reasonably bland level designs.

Killer is Dead follows the heavily cell-shaded styles of No More Heroes, which we all know can look excellent if done properly. However, with artistic design sorely lacking in certain parts of the game, it just ends up looking low-fi and uninteresting. One segment, for example, is themed after Alice in Wonderland, and jumps between beautifully designed rooms filled with candy and children’s toys, and a bland central room full of floating tiles that seems more Tetris than 2013. 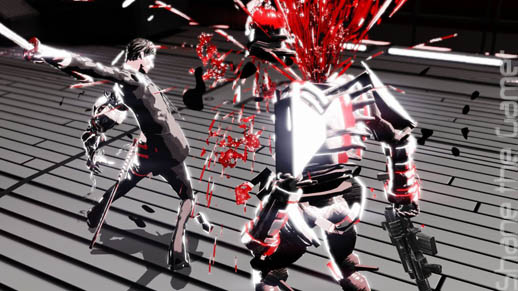 Technically proficient as game, but very little more, Killer is Dead is at best, one you might want to play on a rainy Sunday afternoon when you’ve exhausted all other hireable titles at your local video store. But even then, better to subject yourself to Shadows of the Damned than this. A complete botch.