Isle of Man TT: Ride on the Edge 2 (Xbox One) Review 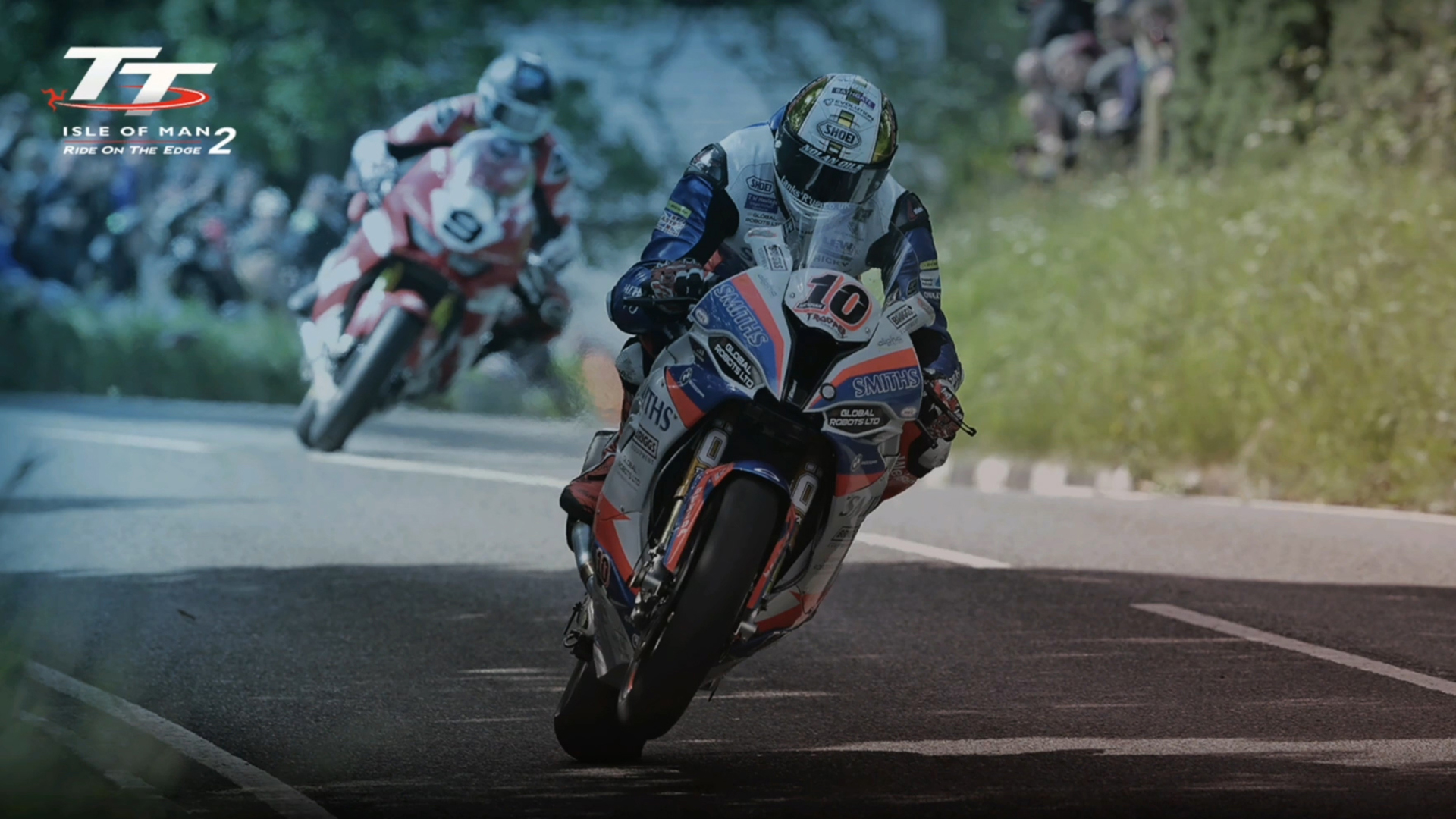 The Isle of Man TT is arguably the world’s most dangerous motorsport event.

It’s a 37.5-mile race along public roads around a picturesque island sitting in the Irish Sea. But don’t let the serene countryside backdrop fool you. Since the event’s inception in 1907, the race has claimed nearly 260 competitor’s lives, even more if you include bystanders.

KT Racing have returned to the famous Manx TT event with Isle of Man TT: Ride on the Edge 2, the follow-up to their 2018 game. And with the real-life 2020 event cancelled, this game is the only way to enjoy the 2020 race.

The Isle of Man TT competition is held over two weeks. The first week is for practice and the second is the actual time-trial racing.

Isle of Man TT: Ride on the Edge 2 not only features the entire iconic island circuit, complete with authentic scenery, it also includes various races along public roads in the UK and Ireland. There’s even a free ride mode whereby players can take in the entire Irish location, at their leisure. 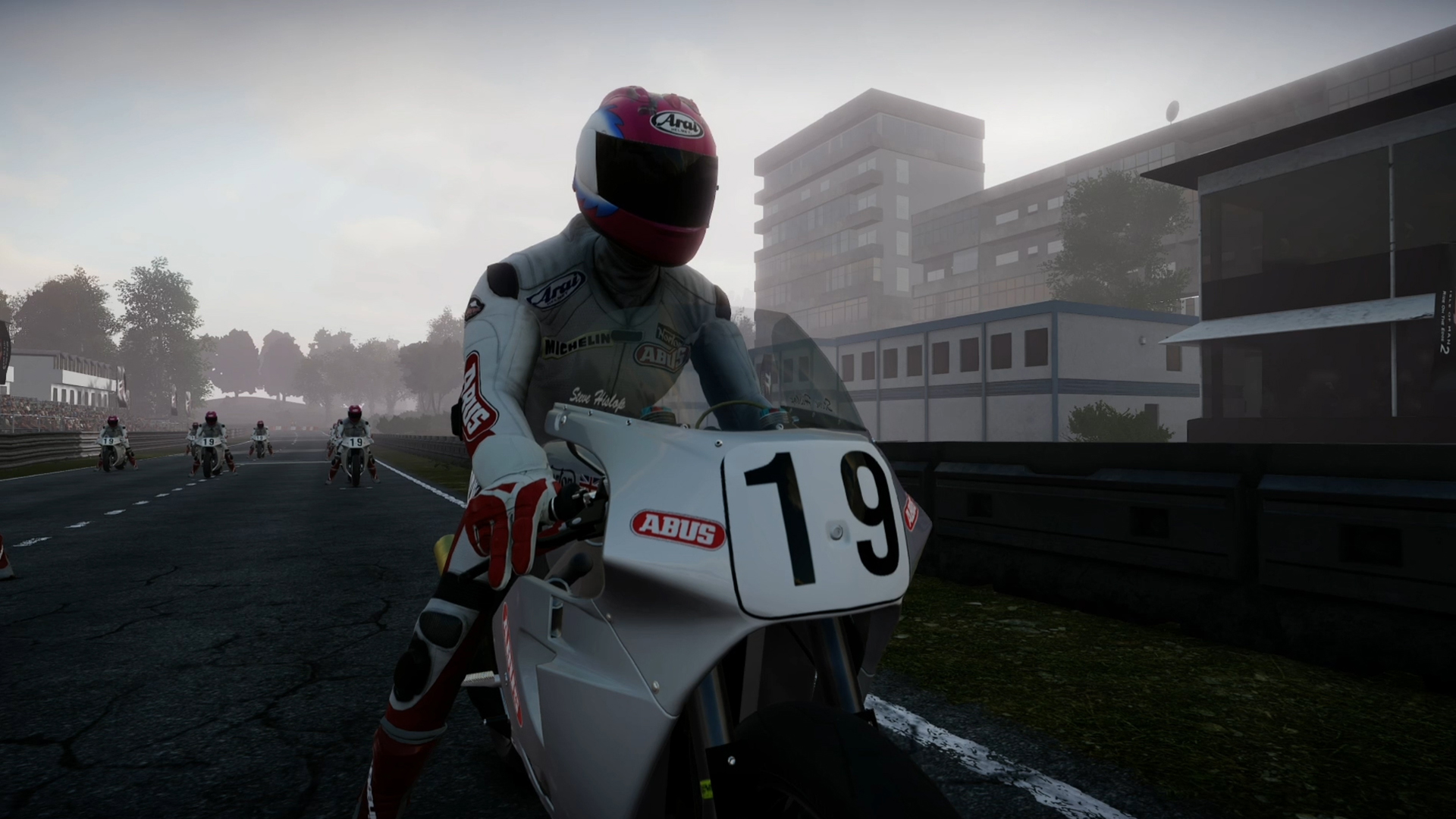 The game features three classes of bike: Classic, Supersport and Superbike. Each with a range of machines from the past and present motorcycle racing scene. The bikes are customization and can be setup according to riding style.

The game has all the usual modes. Career gives players the opportunity to work their way through various regional competitions to earn a place at the Isle of Man Event.

Quick race enables players to try out all the circuits as either a mass start or time trial event, selecting the about of laps, number of opponents, time of day and weather. The player’s position on the grid can also be selected.

Time attack has players racing their customized circuit selection against their own ghost bike. This is by far the best way to get the essential familiarization with the circuits. 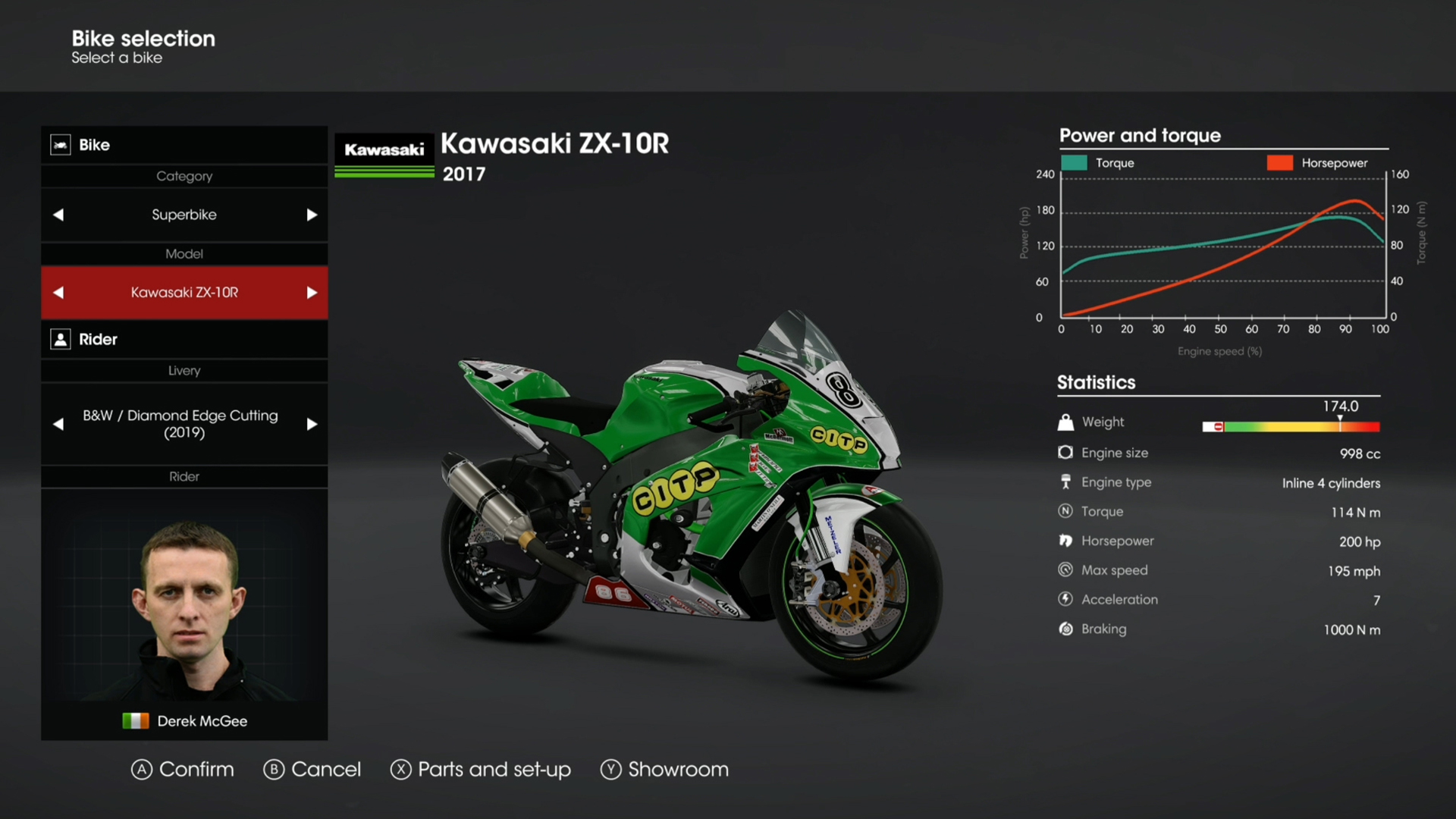 Free roam, as previously mentioned gives players the opportunity to go for a leisurely ride around the Ireland. There’s also a tutorial mode which takes players through a section of the TT circuit, explaining the throttle, braking, weight distribution and gears.

Multiplayer is catered for both online and locally. Being time trial events, local multiplayer makes for a great “pass the controller” couch tournament.

The game includes plenty of content for players to get stuck into. There are ten sections of the 37.5-mile TT circuit which can be ridden as individual sections, as a customization series of sections or in its entirety. The United Kingdom has nine unique circuits and Ireland, eight. None of the circuits are short, the shortest being 2-3 miles. Some of the circuits take a good fifteen minutes or so for one lap, then you’ve the grueling Isle of Man circuit in itself.

The circuits are all very detailed and look really authentic, even if they are hard to take in when flying along 5m wide roads at 300 km/h! The visuals are, on the whole, very good. There’s no slow-down on an Xbox One X and it all feels very fluid. 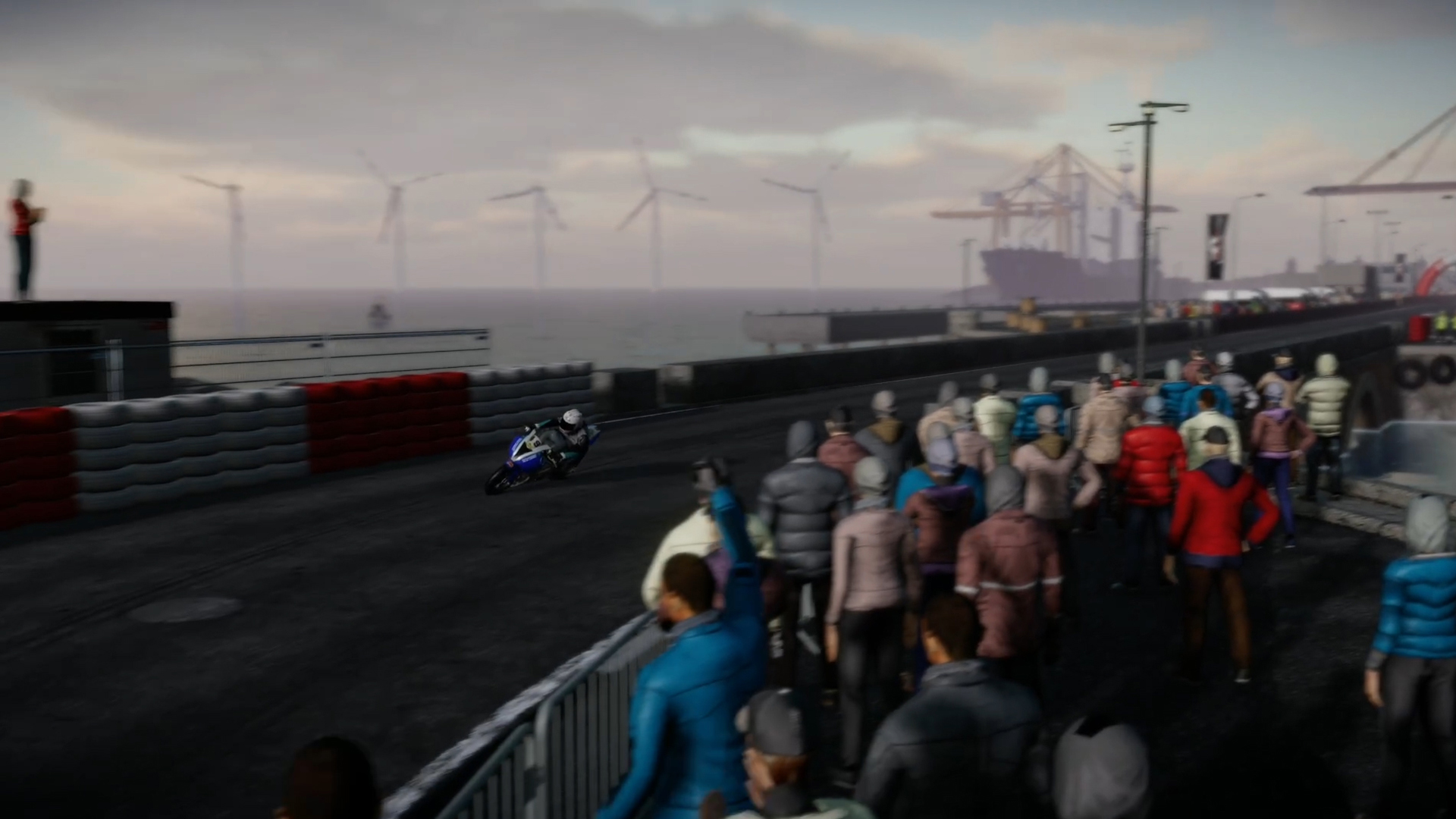 Bike handling is responsive. I did have to reduce the deadzones to remove a bit of controller lag to stop me over compensating. There’s no way you can blame the controls for your crashes. That being said, Isle of Man TT: Ride on the Edge 2 is brutally unforgiving. Even after hours of play, I was only really comfortable on the relativity pedestrian classic bikes rather than the Superbikes.

The game caters for the novice, with automatic weight distribution, combined breaking, automatic gears and a racing line, with braking indicators. Even with all these aids, the sensitive control inherent in motorcycle riding games makes for a steep learning curve.

Just when I thought I’d got the hang of the game I’d wrap my machine around a lamppost, sending my hapless rider sliding down the road. Turning the racing line off was the first step to success, as apart from at the beginning of your racing career, the line is more of a hindrance, going against your own reading of the road ahead and becoming a hazard in itself. 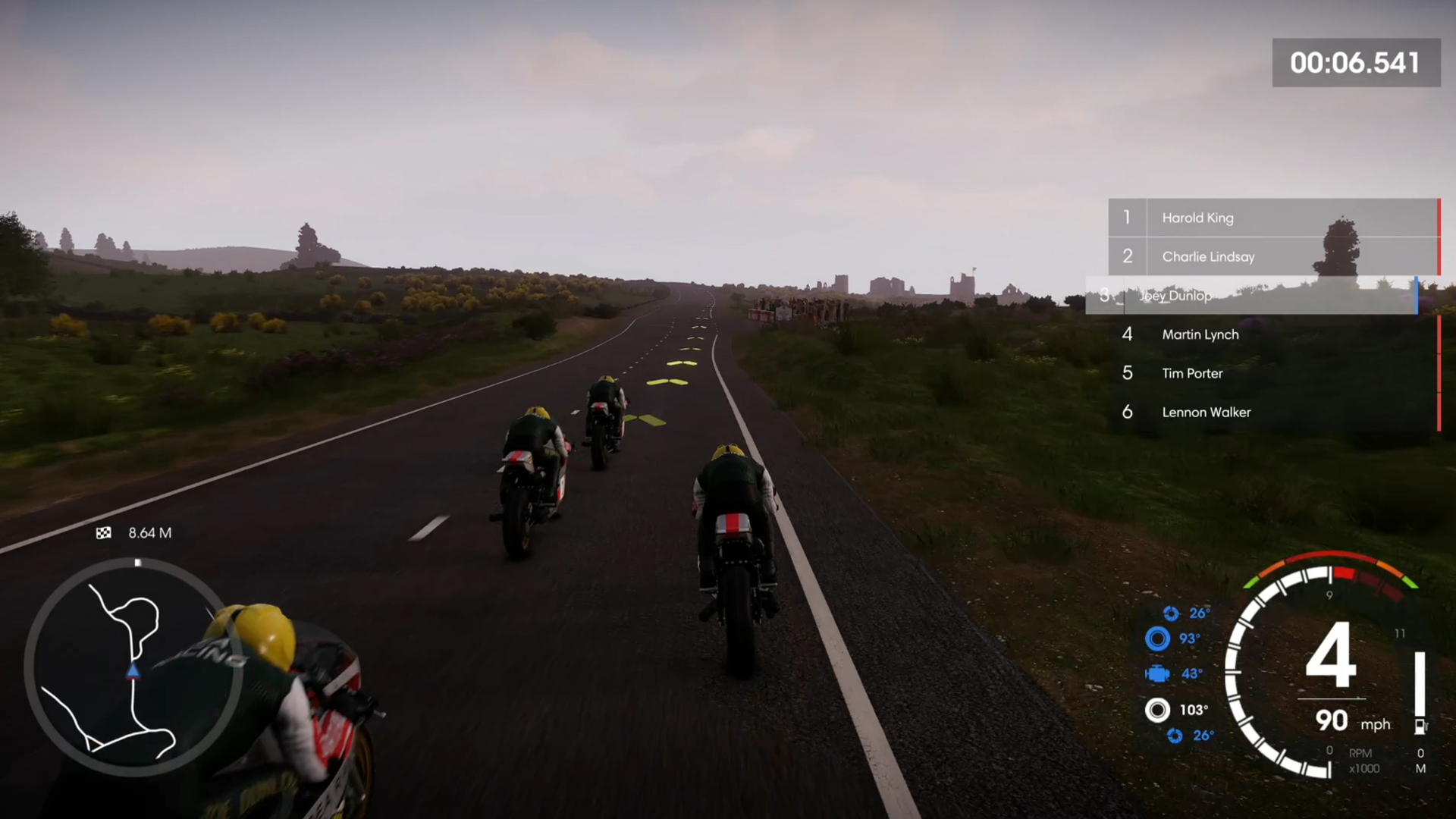 The game really wants players to use manual gears, which makes sense as they allow for better speed control. Adding separated front and rear braking along with front/rear weight distribution and you are in for a tense bit of riding.

The real purists may also want to try riding with helmet view, which gives a realistic rider’s-eye-view of the road. Even though I have a motorcycle licence, this view was too harrowing for me, and I stuck to the arcade-style third-person view.

Isle of Man TT: Ride on the Edge 2 is a polished and very well-rounded motorcycle racing game. It offers players a lot of variety and is nice to look at. The learning curve is nasty. You will crash, a lot. But when you do have a good run, open up the throttle, and hear that authentic whoosh as you roar past trees and bushes, you may start to understand why so many risk their lives racing the Isle of Man TT. 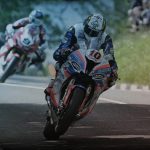 Isle of Man TT: Ride on the Edge 2 (Xbox One) Review
Game details 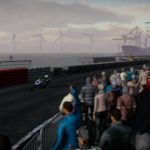 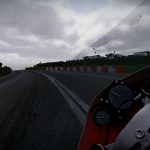 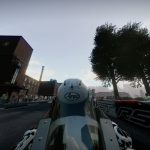 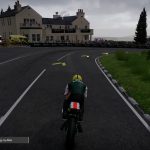 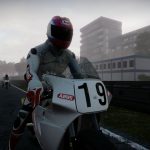 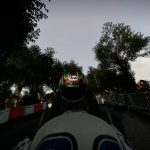 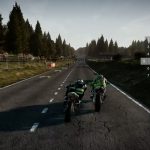 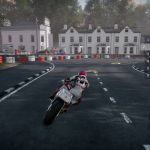 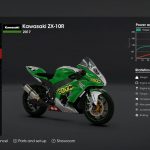 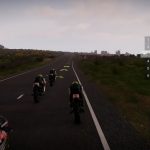