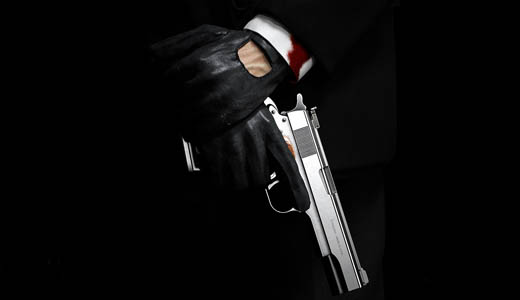 The big, bald and bad-assed original assassin; Agent 47, makes a welcome come back as Square Enix unleashes a fresh take on the granddaddy of all stealth action games.

Hitman: Absolution is the fifth game in the series that introduced us to stealth gameplay way back in 2000. The first game, Hitman: Codename 47 offered players an alternative to the run and gun game mechanics of the day, swapping the usual Rambo-style antics for the skills of the silent assassin, Agent 47.

It has been quite a few years since Agent 47’s last assassination, 2006’s Hitman: Blood Money. In that time the stealth gaming scene has exploded with the likes of the Assassin’s Creed and Splinter Cell games reinventing the genre. 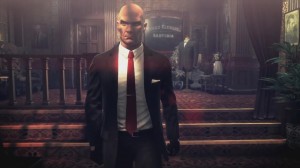 Developers, IO Interactive seem very aware of the expectation of today’s gamers. Instead of just more of the same they have tweaked the franchise to bring us a Hitman title aimed squarely at a new audience. Whilst the game is a little more accessible, Hitman: Absolution still feels like a Hitman game, which should satisfy long-time fans.

The campaign game’s story is the usual tale of remorse and regret that plagues Agent 47. When an Agency member close to him goes rogue it is up Agent 47 to take them down. Without going into specifics, the plot offers up enough of a MacGuffin to propel players into a world full of larger-than-life lunatics and slimy bad guys, all hell-bent on dispatching our folically challenged assassin. From deranged rednecks to saucy, gun-wielding, rubber-clad nuns (you saw the controversial trailer, right?) Hitman: Absolution certainly brings some colourful characters to the party. 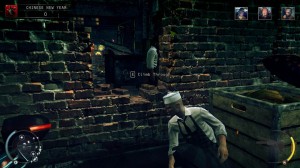 Agent 47’s journey takes him across America through betrayal, redemption and finally absolution From Chicago’s Chinatown to small town South Dakota, Hitman: Absolution’s story takes players through a variety of interesting and unique locations that in turn make for some excellent gameplay setups. The story is hardly Shakespeare, but with modern western flavour to the tale, it serves its purpose well.

Before I go on, it is worth me pointing out that I’m not a great fan of hardcore stealth games, especially the sort of punishing stealth gameplay that the likes of the Splinter Cell series was famous for. I’m of the opinion that stealth is fine in context, but at all other times sneaking about should be optional. It seems that IO Interactive is of the same mind. 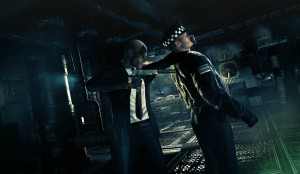 : Absolution will reward players with point bonuses for sneaking about, the more impatient, trigger-happy player can still break out the big guns and shoot their way out of the situation.  You won’t get the same sort of score as a silent assassin, but it is still good fun.

The basic gameplay features a lone assassin, the bald Agent 47, who needs to either get from A to B or from A to his target. The intention is to do so without being detected and without making a bloody mess. As I’ve previously mentioned, whilst it is entirely possible to get through a level by painting the walls red with everyone you see, points are deducted for each unnecessary murders. 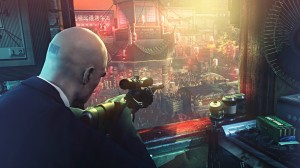 Agent 47’s main weapons are his trusty pistols and a garrotte. The silenced pistols are capable of taking down foes silently from a distance and the garrotte being perfect for when it is time to get up close and personal. If subtlety isn’t your strong suit that are plenty of other weapons that can be picked up in the game, such as sniper rifles and machine guns.

If you do need to take someone out it is best not to leave the body lying about for all to see. The sight of a deceased compatriot will, naturally, arouse suspicion. Thankfully all the levels are littered with enough lockers, dumpsters and laundry carts to stash the entire population of New Zealand. The same hiding places can also be used by Agent 47 to avoid guards, but only if they are not full of bodies. 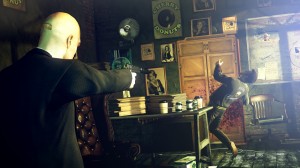 47 makes his way towards his target, he can once they’ve been immobilised, take the clothes of anyone in the game and used them as a disguise.

The ruse isn’t 100% though, and whilst it’ll allow Agent 47 to get pass guards, waltz up close to a foe and he will see right through the disguise. With your cover blown the enemy with be on the lookout for you, unless you find another different disguise.

As with previous Hitman games, successfully completing a level with the maximum score relies on players using one of a relatively small number of assassination strategies as laid down by the developers. This means that the gameplay isn’t quite as open as you’d think. 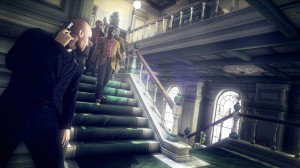 This is not an issue if you are happy to go all Rambo to clear a level, but it can be annoying when you are going for all the bonus points for stealth.

For the first time in the series Hitman: Absolution addresses the fact that Agent 47 is a better assassin than you with the introduction of Instinct Mode.

At the press of a button, Agent 47 can use his instinct to see the location of enemies through walls, patrol routes and special items. The same button can be used to help Agent 47 slip by the enemy when in a disguise with less chance of raising suspicion. 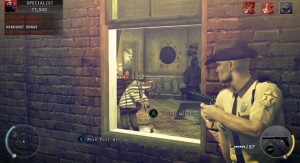 also allows access to a special multi-kill mode where Agent 47 can paint multiple targets, in a similar way to Red Dead Redemption’s Dead Eye. Very useful, indeed, but you need to keep an eye on the instinct bar, because once it has gone, it’s gone for the rest of the level.

As entertaining as the main game is, it’s the Hitman: Contracts part of the package that seals the deal and provides near unlimited replay value.

Hitman: Contracts allows players to use each and every level in the game can be to create custom missions which can then be uploaded to the internet and shared with other players. 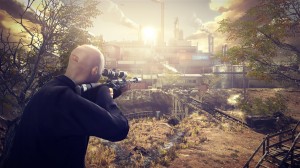 Creating a mission is also incredibly easy, none of that level editor nonsense, just pick a target or targets, a method of dispatch and the outfit to be worn during the act. As long as you can complete your own challenge the mission can be saved for others to try. If you don’t fancy making your own challenge, there are literally thousands of user-made challenges available to try.

Graphically Hitman: Absolution looks superb. Whilst it doesn’t have the wow factor of some of its peers, the gritty washed out visuals peppered with film grain creates a very fitting, unique art style. The game’s graphical prowess is especially noticeable in the crowd levels. 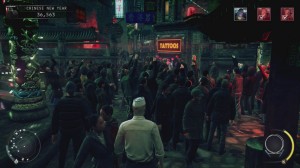 47 work his way through a packed station puts to shame anything that Ubisoft have done in the Assassin’s Creed Series.  Similarly, as you would expect from such polished product, the animations – the lip synching in particular – are very well done. If I had to pick a fault with what is otherwise an impeccably presented game it would be with the pre-rendered cut-scenes, which look a bit grotty compared to the in-game graphics.

Hitman: Absolution does well to accommodate both fans of the original games and new players accustomed to the more accessible stealth antics of the Assassin’s Creed series. That is not to say that Hitman: Absolution doesn’t feel a bit old school when compared to its peers. The game still feels restricted, as with previous entries in the series. There was many a time when I thought, “why can’t I just use my hidden blade to kill this guy”. We’ve been spoilt by other games and the Hitman: Absolution experience suffers as a result. 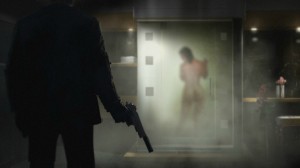 Despite the above it is still a solid game when viewed apart from more recent stealth games. The story is pretty good and the level design robust. The gameplay, whilst restrictive, offers a very satisfying experience, especially when you succeed against seemingly impossible odds. The game can be punishingly tough to begin with. It takes a while to get into the Hitman mindset, but once there playing as Agent 47 will give you a blast!