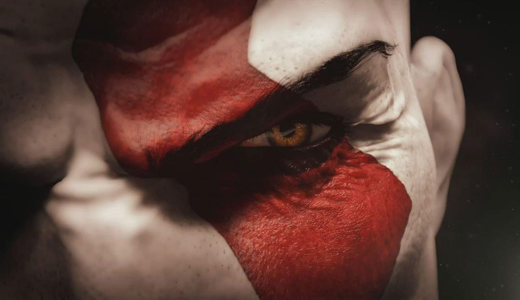 Mid December Sony PlayStation NZ supplied Shane the Gamer with some early code to try out the BETA online Multiplayer aspect of the soon to be released; God of War Ascension.

A first in the franchise, the God of War series has stayed away from any form of multiplayer remaining as a solitary and epic hack-n-slash.

The BETA begins with you having to pledge allegiance to one of the four gods that stand before you. Only Zeus and Ares were available in the beta, but the full game will have Hades and Poseidon. Each god offers you varying weapons and attributes. In this case (BETA), Zeus enables you with a mega-sized sledgehammer for combat while Ares gives you a sword.

The main Mode called ‘Favour of the Gods’ is a free-for-all where you have to fight on your own against up to 3 other online players. 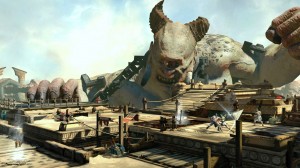 that was included in the BETA was the arena from God of War 3 when Kratos faced off with Hercules. You do have a time limit to accumulate as many points as possible, or try to be the first to 8000 points.

Getting these said Points can be done in various ways; killing (of course), grabbing special weapons, earning kill streaks, helping out others and so on.

‘Team Favour of the Gods’ is another Mode which splits players into two teams of four combatants, requiring a total 8 players to complete the Teams and play this Mode.

Within this BETA, all controls for the signature button mashing of GOW remain the same.

I experienced some LAG alot of the time (due to New Zealand’s Broadband speeds) and there was trouble getting into the Favour of the God’s Mode, as alot of the time there were not enough players online. 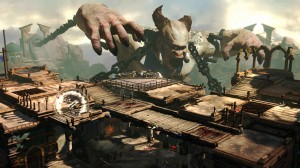 I am of course sympathetic to the fact that it is very early code, and we reviewers are the test subjects. That said, there were a few glitches both graphical and gameplay, and there was absolutely no Skill filtering whatsoever.

Those that were die-hards of God of War were able to join into any game they chose and completely annihilate other players.

However, to play GOW in Multiplayer is a rare and long overdue privilege for any gamer.

For the whole part, the game stays true to form, graphically pristine as we would expect and keeps this franchise at the top of PlayStation’s premier titles.

Now, we want to play the FULL game!

God of War: Acsension releases in March 2013 in Australia and New Zealand.