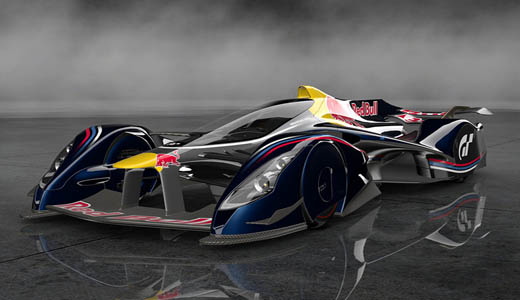 Polyphony Digital Inc. the undisputed developer of the recently-released Gran Turismo 6 for PlayStation 3, has revealed details of a new update for the game that is now available.

Included in the update will be two new Red Bull cars and the Red Bull X Challenge, an innovative collaboration with Infiniti Red Bull Racing that includes 2013 Formula 1 World Champion Sebastian Vettel mentoring players in the art of driving an authentic formula car.

Owners of GT6, that went on sale on 06 December, will have the opportunity to select the first two of four new Red Bull cars. 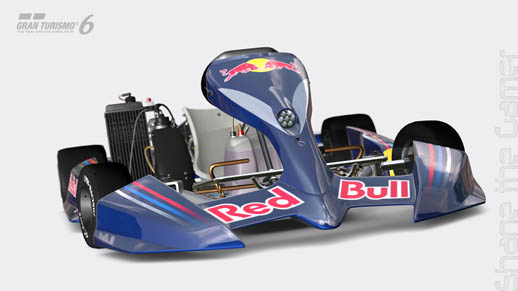 The free update has been provided as a special end-of-year gift for Gran Turismo fans from Polyphony Digital and Red Bull and is a unique and exciting collaboration in the franchise’s 15th anniversary year. Commenting on the Red Bull X Challenge, Kazunori Yamauchi, President of Polyphony Digital Inc. said: “We are very grateful to Adrian Newey, Sebastian Vettel and Infiniti Red Bull Racing for providing this special gift for Gran Turismo fans. To be taught how to drive downforce cars by the best racing driver in the world is very special and the new Red Bull X2014 cars are another exciting addition to Gran Turismo 6. This is the latest update for the game and there are more to come.”

Red Bull Racing’s Sebastian Vettel added: “I’ve been playing Gran Turismo since I was 12, so to appear in the game myself as a mentor is great. I hope everyone enjoys the game.”

A second phase of the Red Bull X Challenge, along with the other two Red Bull cars, will be made available in a future update for GT6. Meanwhile, the other elements included in this latest Update 1.02 include: 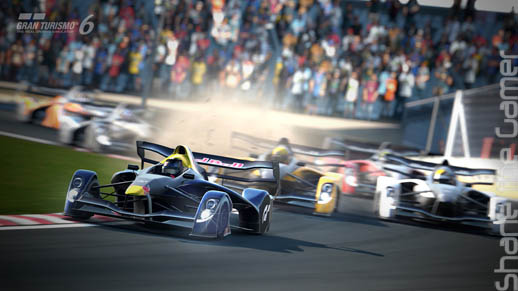 – When you login online for consecutive days, a bonus to all credits awards will accrue up to a potential 200% bonus on the 5th day. Be sure to login everyday to earn more credits!

– Players will only require a National B licence in order to participate in Seasonal Events and, for a limited time, there will be unique special events that will reward cars as prizes, so don’t miss this opportunity and remember to login online!

Two new Seasonal Events will run from 20th of December 2013 to 17th of January 2014 and 2nd of January to 30th of January 2014. These unique events to mark the seasonal holidays and the new year will feature special bonus credits.