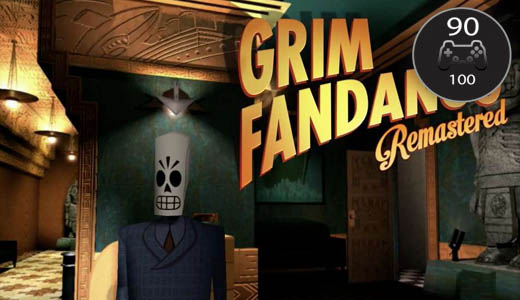 Reviewing a remaster is always a tricky proposition, as it can be difficult to strike the correct balance between what was so good about the original game and what, if anything, the re master has improved.

Bearing this in mind I tried to be as objective as possible but as it turns out, Grim Fandango has aged gracefully.

A good remastered game makes you feel like you’re playing the game you remember, instead of the one you left behind. Fortunately for Grim Fandango, the strength of its story hasn’t diminished with age. 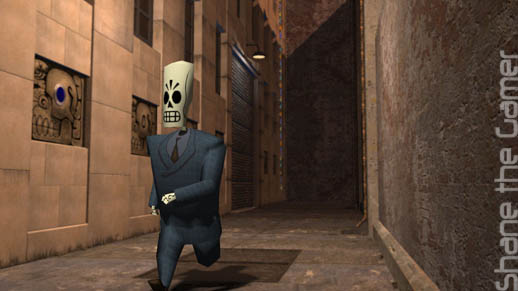 Grim Fandango has you assume the role of Manny Colvera, an officially employed Grim Reaper, whose job is a lot more mundane than the title suggests, essentially translating to a travel agent for the souls of the departed, guiding them through the treacherous layers of the underworld to their final rest on Level 9.

Depending on what kind of life the soul in question has led, they will qualify for varying Levels of comfort as they make their way through the underworld. The wicked are packaged in boxes and posted, or even worse, sent to wander on foot. 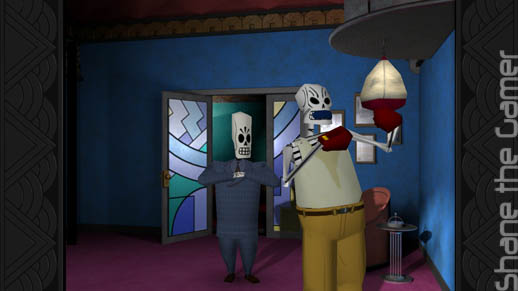 Mannys job depends on him finding ‘premium’ clients, people who have lived noble lives and qualify for a premium ticket aboard the prestigious Number 9 train, which speeds you to your rest in just four days.

The story is kick started through our skeletal hero attempting to chase down a runaway soul, forcing him to navigate the strata of the afterlife like one of his clients. 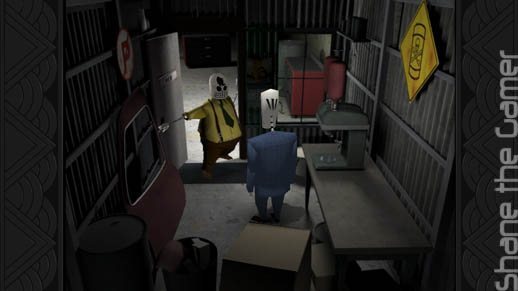 Inspired by Mexican folk lore, the visual design of the game is one of its strongest aspects, each environment feels well realised and (forgive the pun) ‘lived’ in, from Mannys cluttered office to the actual gates of the eternal.

The character models themselves are inspired most heavily from the Dela Dos Muertos celebration, but the architecture of each scene draws inspiration from mythology and cinema alike. 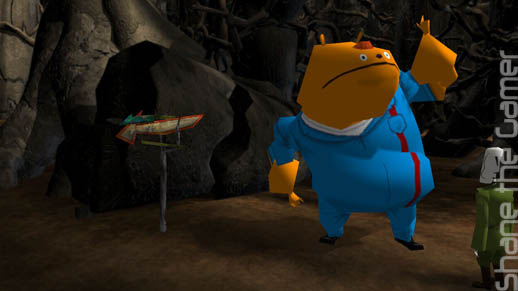 The game is peppered with sly tips of the Stetson, never shying away from acknowledging the great detective stories and time periods that inspired it but keeping them subtle enough as to not be jarring.

The narrative is light hearted, but the writing is exceptional and the entire Noir tone is perfectly established without ever becoming clichéd or hammy.

The game oozes personality, the writing and voice acting is consistently excellent, which is obviously hugely important within this genre, as the narrative can’t be propped up by gameplay; it’s entirely up to the writers bring the experience to life. 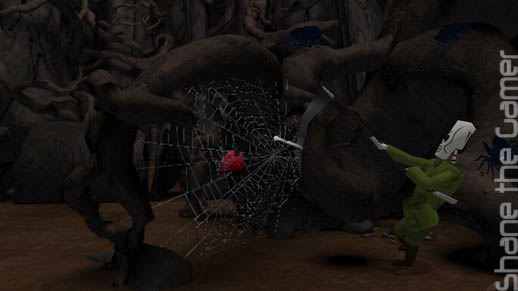 Fortunately they’re more than up to the task. Tim Shafer is at his best with Grim Fandango, giving the game all the endearing quirk that built his reputation.

The game centres around puzzle solving, and a word of warning to those unfamiliar with the genre, a particular sort of lateral thinking becomes required to solve these in game puzzles. Frustration is almost inevitable, but the game almost always strikes a worthy balance between providing a challenge and still being reasonably solvable. 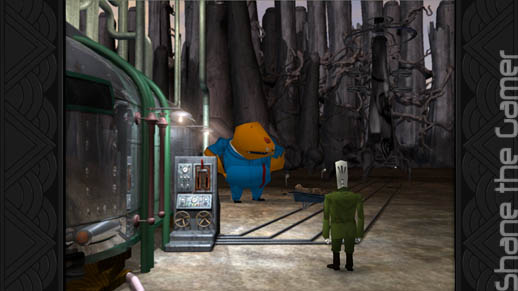 However the lack of any hand holding tutorial or any hints of any kind could understandably be off putting for new comers looking to play an updated classic, so a word of warning to the uninitiated.

Playing on the PS4 feels natural, and though minor, the small touches and improvements are definitely appreciated, and the developer commentary is particularly interesting for anyone who enjoys video game lore. 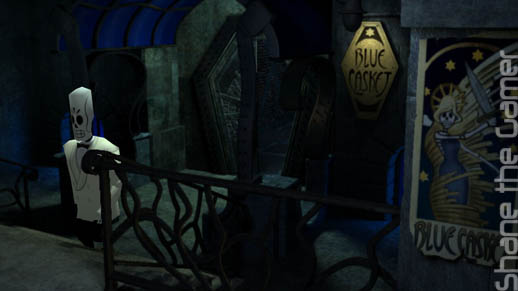 It’s unfortunate however that the visual improvements are fairly slight, focusing mainly on the character models themselves and essentially leaving the backgrounds as they were in the 90’s.

It is understandable why developers wouldn’t wish to make dramatic visual changes, as it could affect the consistency of the art style, however it does seem like a more paltry remaster when compared against the many other releases in the field right now. 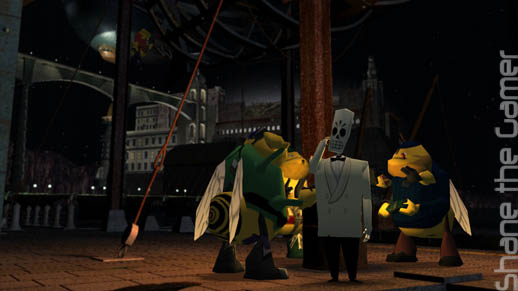 There are other, minor issues which occasionally pop up, Manny will sometimes interact with objects inconsistently or take an elevator simply by being vaguely near it but these are trifles when considering the bigger picture.

Grim Fandango is a beloved classic that remains as enjoyable as when it when it was released, the elements of rich adventure story, brilliant writing and cleverly designed puzzles are all timeless in their way, making this a game worth every cent. 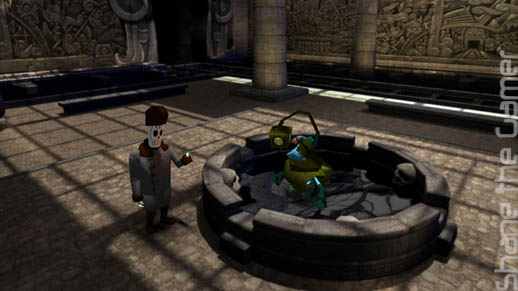 The updates are perhaps not enough to lure a veteran player to repurchase the title, but to any who have yet to experience this world, Grim fandango is a must have.