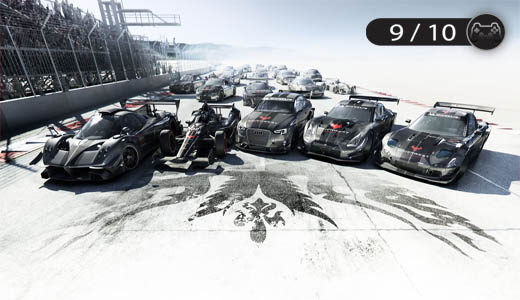 I like racing games, but far too many of the recent efforts have left me feeling a bit empty. Attention to detail and realism is one thing, but the sad fact of the matter is that most of us would make pretty poor racing drivers.

Yes Forza and Gran Turismo, I’m talking about you. If you are like me, your bad driving is only surpassed by your abysmal knowledge of car tuning and upgrading.

Then there’s the flip side of the coin, your Ridge Racers, your Burnouts and your Need for Speeds. All great games, but sometimes a little too fantastical. 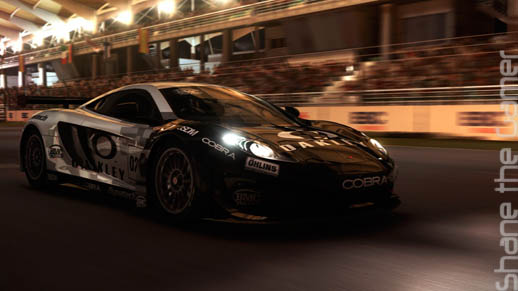 Modern masters of the genre, the Codies had already proven themselves with Colin McRae’s Dirt and the TOCA (V8 Supercars) Race Driver series when they turned their attention back to circuit racing.

Grid took the success of Dirt and built on the knowledge learned during their TOCA days to produce a game grounded in just the right amount of realism without being a chore to pay.

For the sequel, Dirt 2, the British developers pushed their luck, overstepping a bit too far into arcade territory. 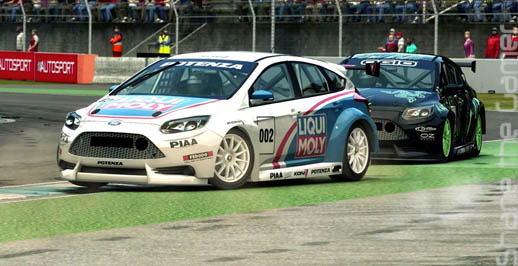 It wasn’t by much, but it was enough to upset the faithful.

Whilst the rather drawn out underdog story got in the way of the racing, it was the removal of the in-car view that was the straw that broke the camel’s back.

Grid Autosport is Codemasters’ apology to racing fans that were disappointed by their previous effort. 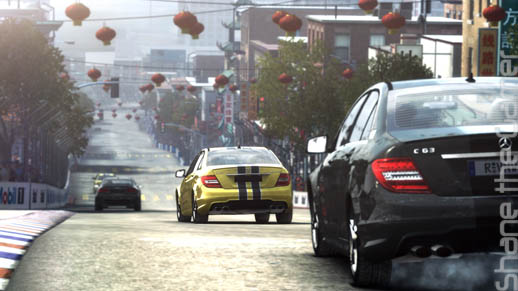 It’s not a racing simulator, not by a long shot – the absence of pits is proof that. The game does, however, deliver an exciting racing experience that can be enjoyed by everyone, from the casual player – who likes to look at their car, to the racing enthusiast who wants to sit in the driving seat.

Autosport is void of any story. It’s all about you, your car and the circuit. Compared to Grid 2 it’s almost barren, but after a few goes you start to realise this more streamlined approach really works, I couldn’t believe how many races I’d entered after only a relatively short time playing. 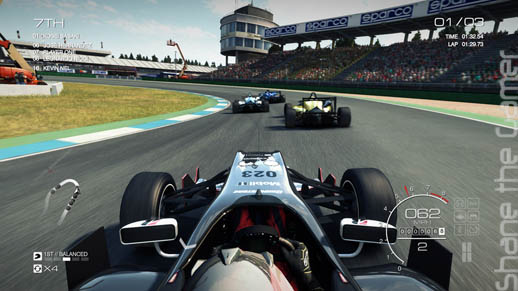 If anything, the lack of a plot to slow things down does make it a bit relentless after a while and I had to pull myself away from the game just for a rest.

The game is only available on Xbox 360, PS3 and PC – I’d imagine that Codemasters are saving their new-gen debut for a full-on Grid 3 release.

Nevertheless, this is still a nice-looking game, even though I was reviewing the PC version of the game on a powerhouse of a machine, none of the previous Grid games has looked anything other than stunning. 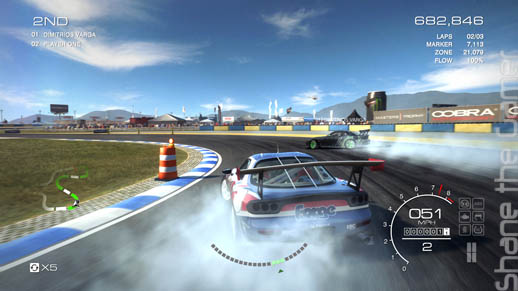 Grid Autosport on PC, with all the settings cranked right up (and with the free high-res texture pack installed), is the best looking racer I’ve ever played. It just all looks fantastic.

There’s so much extra detail that the developers needn’t have bothered with like balloons being released and tiny insects buzzing around you whilst you are waiting on the grid. 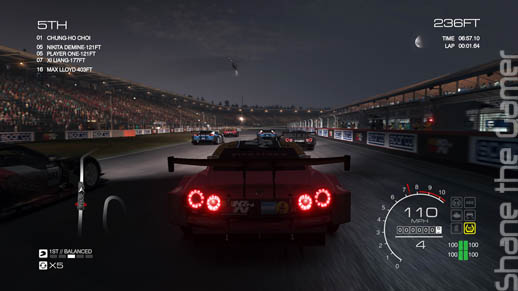 Owners of an Xbox 360 Wireless Steering Wheel are in luck as the PC version is fully compatible with the device, including the force feedback. The game also works with the Xbox 360 Controller (my favoured control method for most games these days).

In a bid to give myself the ultimate in immersive racing experiences I also tested the game in stereoscopic 3D using the TriDef3D Grid 2 profile.

It worked a treat. In fact it worked so well that I got a little motion sickness.

The game’s single-player Career is based on racing seasons. 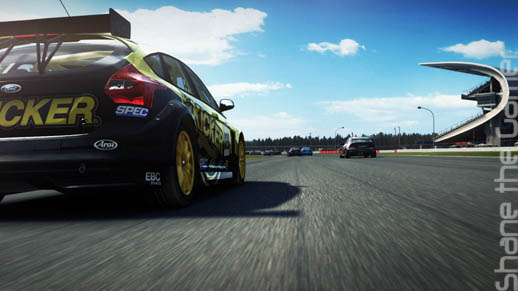 For each season the player chooses an event series from a particular racing discipline. The season consists of a selection of circuits with a number of races on each. There could also be a cup race in there as well.

For each season players will be offered a contract with a team and a team-mate to race alongside. Sponsors demand results and there’s a number of challenges set by each that awards extra XP. 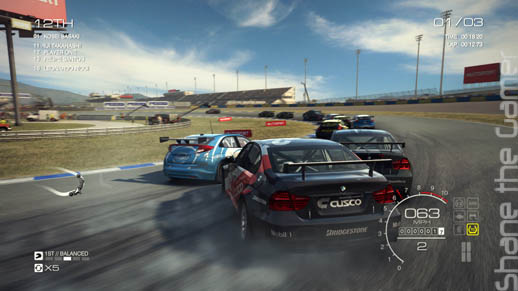 Rather than use some generic names, teams are sponsored by a real world entities, such as Intel, Razer, Monster Energy and Oakley. This gives the game a nice bit of authenticity and some cool-looking car liveries.

There are six disciplines to participate in, with players able to choose from events featuring touring cars, endurance racing, open wheel, tuned supercars, street-racing and a special Grid series.  Races are held across twenty-two different locations, each with a number of circuit layouts.  That’s a lot of variety, with every race series feeling distinctively different. 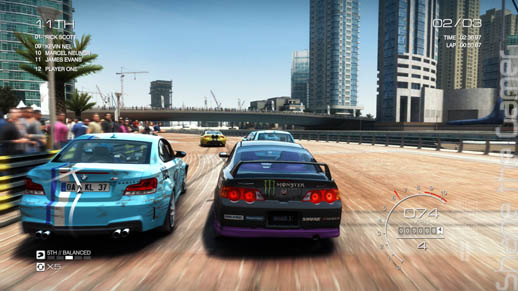 Touring events offer an experience similar to the TOCA of old.

The AI provides a group of mean opponents and you’ll find yourself spending as much time avoiding some aggressive driving as you will climbing up race position. One tap and it’s all over. 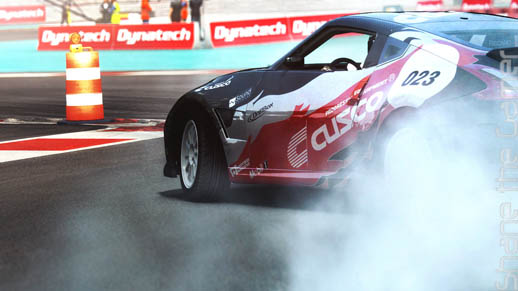 Endurance races are night events against the clock with the aim of traveling the furthest distance when the timer reaches zero. It’s all about pacing yourself as tyre wear becomes a factor. Hoon around the corners and you are going to lose tread – the result being an uncontrollable car fishtailing across the width of the circuit.

Indy Car and Formula One fans are catered for by the game’s Open Wheel races. Ridiculously fast and with no allowance for error, these open-cockpit rockets sort the men from the boys. 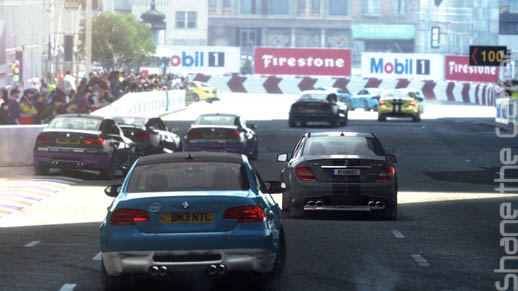 A number of the game’s race locations are city circuits.

The Street events feature races around the likes of Paris, San Francisco and Washington, around ninety-degree bends and tight roads. Watch out for crashes! 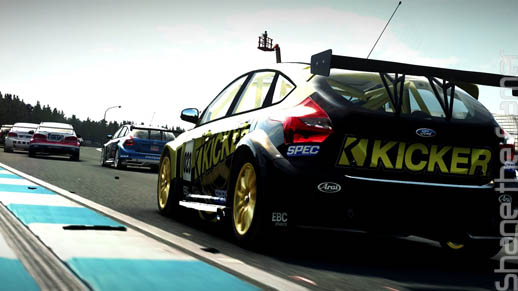 The final race discipline, the Grid series is really a World Championship featuring all the game’s race types. It is only unlockable after reaching Level 3 in each of the other disciplines. This forces you to partake in every race type, even if it’s not your cup tea, and kind of negates that apparent flexibility to play the game your way.

Depending on the event, players will be presented with a practice session, qualifying and then entering the race itself. Sometimes it goes straight to the race, with the grid order randomly defined (or with the player at the front or back), sometimes there’s no practice and sometimes a practice session but no qualifying. My advice is to at least do the qualifying session, if offered, else you’ll start at the back of the pack with little chance of a podium place. 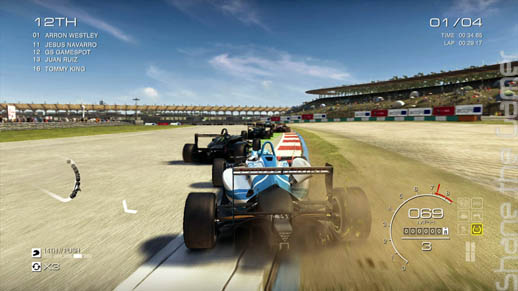 As in previous Grid titles, the game assists can be carefully scaled to players driving ability.

The more assists the less XP bonus received in a win. The ability to rewind time, if you screw up, returns taking away some of the frustration factor. There’s nothing worse than going from the front of the pack to the rear on the last lap. Of course, if you are a purist, you can turn the rewind off and gain a bit more XP at the end of the race. 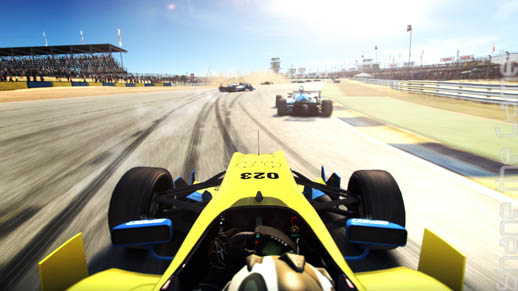 I found that the cars handled well. I wouldn’t say they were all easy to drive, but the handling made sense. You can’t play Autosport alternating between full throttle and breaking hard. You are going to need to carefully control your speed and think about when to start your turn well in advance. Some cars will drift nicely around corners whilst others will spin out or judder sideways, costing you speed. Take advantage of practice sessions to get the feel of your car and how it handles on the track. After a couple of laps you should be able to negotiate each turn with relative ease.

Come race day, things are likely to be different. If you practiced and got yourself a good place on the grid, or even better pole position, things will be a lot better for you. 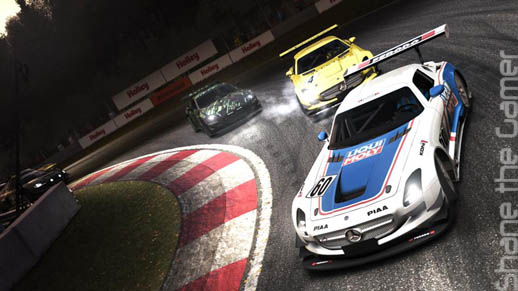 Single-player races feature sixteen cars all trying to drive along the racing line. The games AI drivers are maniacs. I’m not sure if it’s down to poor design or if the developers have deliberately populated the game with the most aggressive AI drivers I’ve ever raced against.

These guys are brutal. Even in the open wheel races they are not shy in giving you a little tap and sending you flying of the track. They also make horrendous miscalculations that can cause carnage at the first corner. Get ready to brake and swerve out of the way. It is, however, pretty cool watching an AI car rolling across the road sending the race leaders flying all over the place. 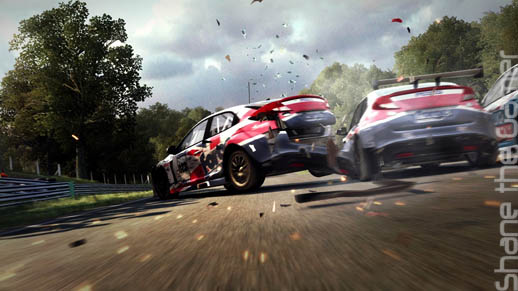 At the end of the race you are awarded XP and Championship Points that count towards your driver and team standing for the season. Any sponsorship objectives met will give you an extra XP boost. Success in a season unlocks more events and better sponsorship deals.

Somewhat unusual for a modern racer, the game also features a two-player split-screen mode. Two players can put themselves to the test against each other and a full grid of AI drivers across all the circuits, configurations and disciplines. It’s good to see this traditional way of multiplayer racing included in the game. 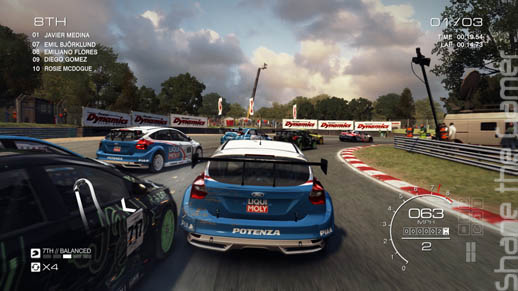 As is becoming increasingly the norm these days, Grid Autosport is really all about the multiplayer game.

The multiplayer element features all the race disciplines of the single-player career, but with events more likely to jump straight into the race rather than go through practice and qualifying sessions. 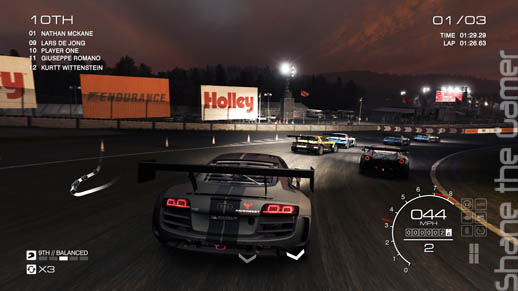 If you own a suitable car for the class of race you can use it. If not, you will be given a loan car. There’s no difference between the two, except you can’t upgrade your loan car. If you use your own car the vehicle will earn its own XP unlocking upgrades and tuning opportunities.

The cost of any damage to your car is deducted from your winnings. Smash your car up too much and a race could end up costing you money. 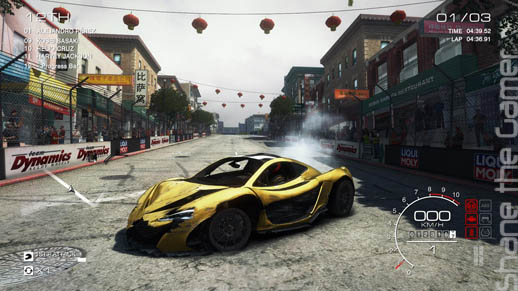 With your cash winnings you can buy new cars and upgrades. As you progress more garage slots and sponsors are unlocked.
As well as the races and Championships, which are similar to those available in single player, the multiplayer game also has a party mode.

From Grid and Grid 2, Demolition Derby makes a welcome return offering a players an exhilaratingly hilarious race guaranteed to deliver plenty of crashes. 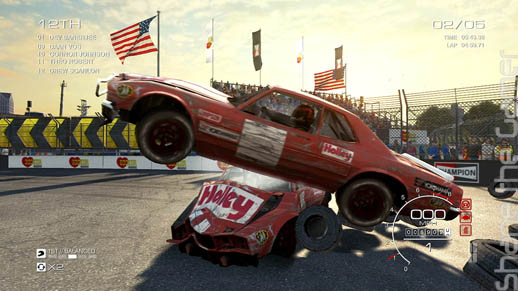 You can also race minis and partake in the ultimate bragging rights competitions with Eliminator and Check Point races. Party mode events are a little more casual than the main races and are great for a social meet-up online with friends. 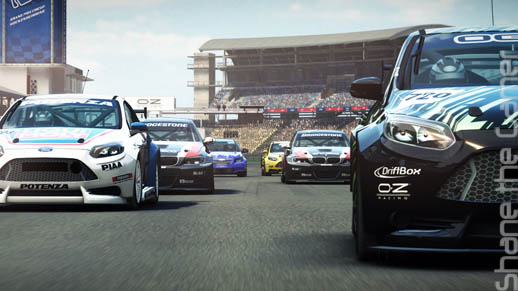 The PC version looks amazing. Purists may still find the game a little too arcade like, whilst casual players may find the simplicity of the game’s presentation a bit barren compared to previous games.

If you sit in the middle and enjoy a decent racer with realistic handling but without the need for an automotive engineering degree, you are in for a treat.