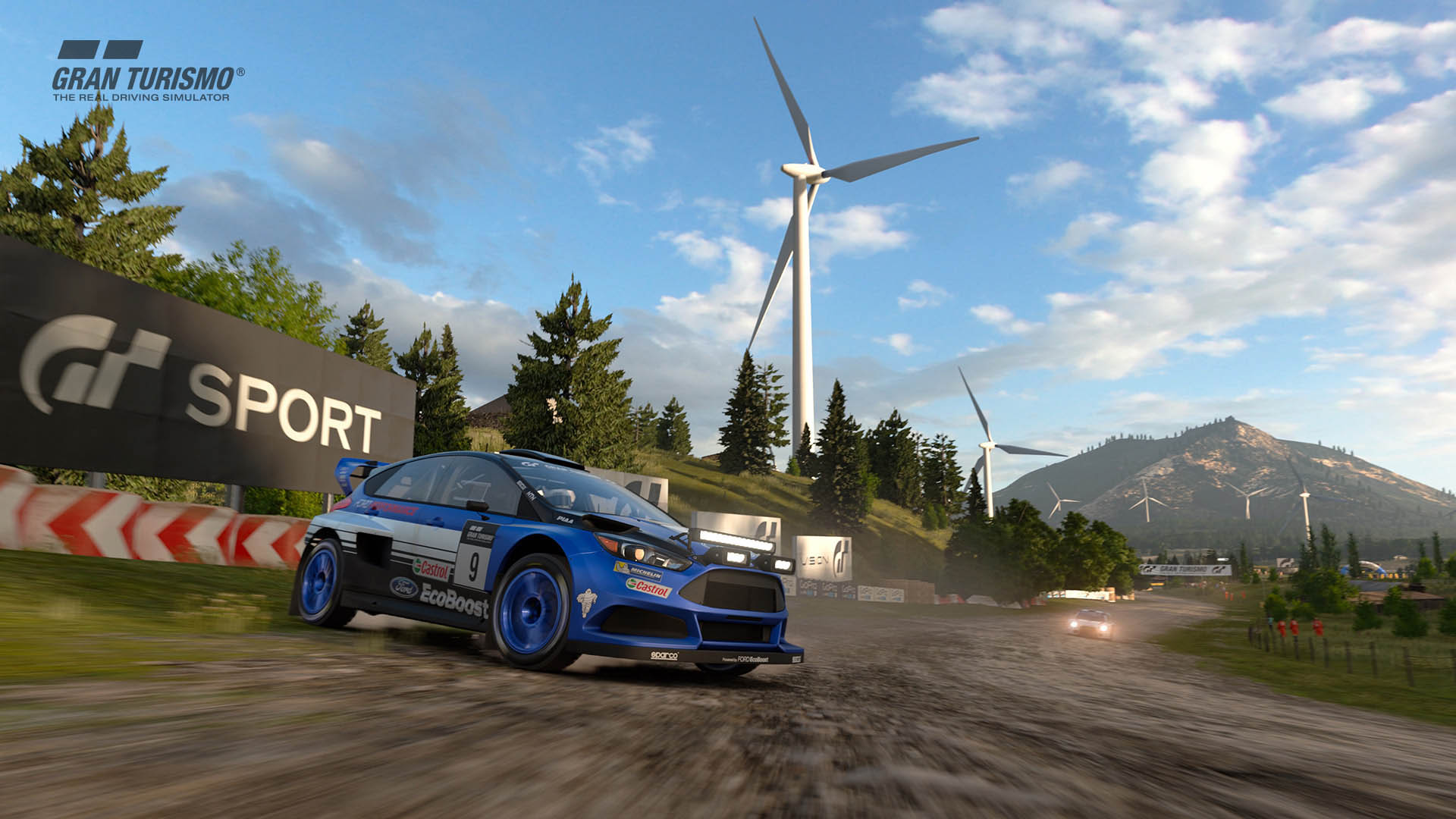 Polyphony Digital’s Gran Turismo is the grand-daddy of racing sims. For us old timers, the jaw-dropping visuals of the first iteration back in 1997 heralded a completely new type of racing game with real-world physics and photo-real cars.

The big question for me is what extra, when it releases on the 18th of October 2017, can Gran Turismo Sport bring to the table. 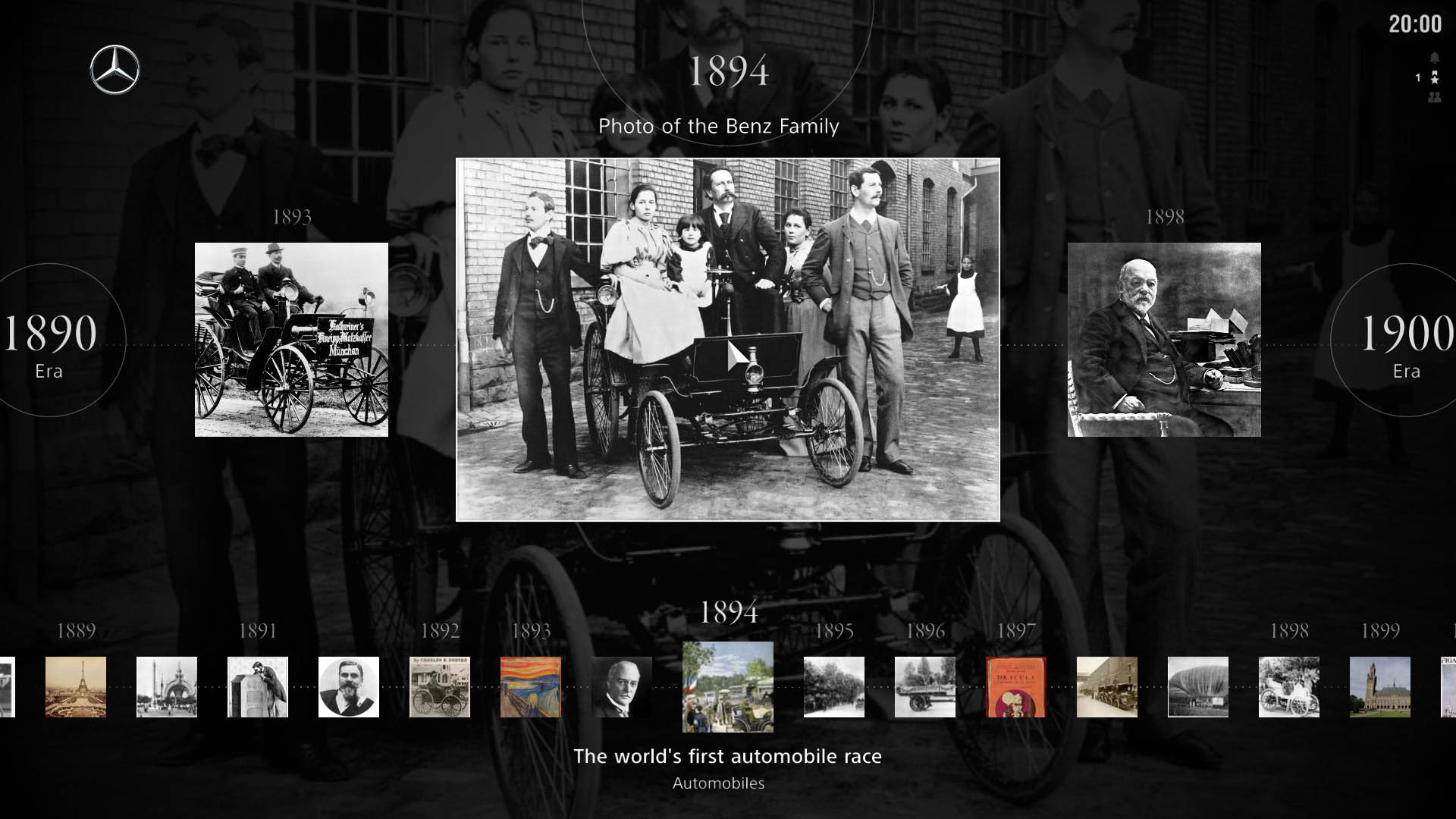 STG was invited to PlayStation AU’s exclusive Gran Turismo Sport preview event on Sydney’s North Shore. Sony had chosen an impressive backdrop in which to showcase their oncoming racing game, setting up demo pods amongst the prestigious cars of The Classic Throttle Shop showroom.

The session started with a brief introduction, where the collection of journos where reminded of the incredible twenty-year legacy of the Gran Turismo series across each of the generations of the PlayStation console. Of particular note was that Gran Turismo Sport is accredited by the FIA so proficient players could find themselves gaining a proper racing accolade the same way Formula One champions do.

The demo pods, complete with racing chairs and steering wheels, were each attached to a 4K TVs (Sony of course), with two pods wired up to PlayStation VR headsets. 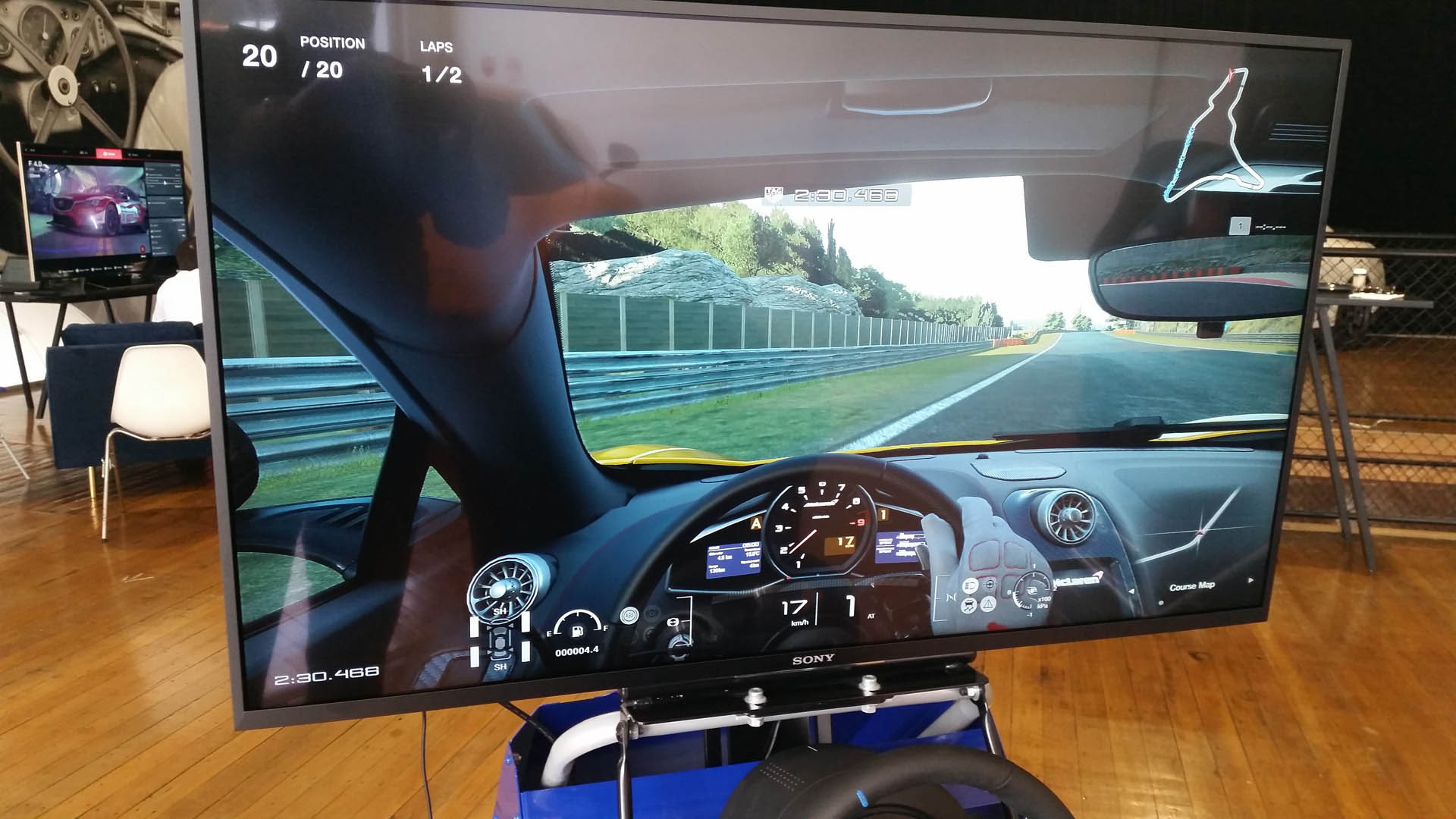 I’d been playing the nuts out of Project CARS 2 on PC, and just started with Forza Motorsport 7 on Xbox One. To say my expectations were high would have be an understatement. Of course, Gran Turismo Sport running on a PS4 Pro is an unfair comparison against a high-end PC with two GTX 1080ti running Project CARS 2. But this is Polyphony, the guys that always seem to manage to get that little bit more out of the PlayStation hardware than anyone else.

A few races in and I found myself impressed with the cars, both the quality of the models and the handling. Trying out the dirt circuits proved to be a bit too much for my driving skills. But it all felt good, at least as good as Project CARS 2. 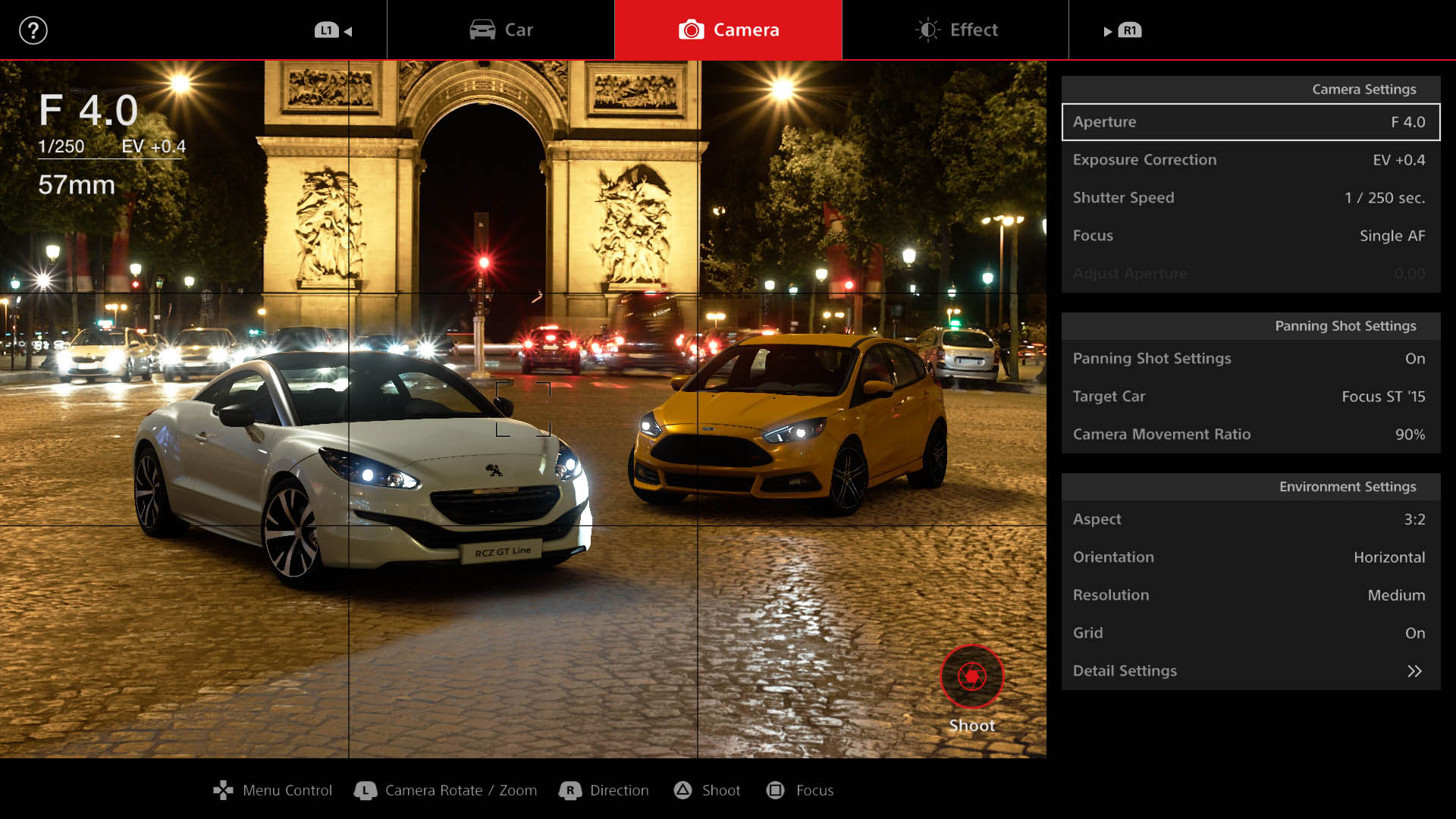 As I flicked through the race setting, I couldn’t find the environmental settings. No weather, it seems that Gran Turismo is a fair-weather racer only. The lack of weather features made me a bit nervous. Whilst I was assured that rain would be in the final build, dynamic weather, a la Project CARS was not going to be implemented. Similarly, there was no way to set the exact race time, just a choice of six or so option like dawn, morning noon, etc.

This is the problem with Polyphony, they take so long to produce their games, technology and gamer expectations overtake them. If I’d seen Gran Turismo Sport a year or so ago, I’d have been incredibly impressed. But when I’ve just come off a race around a Silverstone in Project CARS 2, complete with volumetric mist blowing across the circuit, it’s difficult to get overly enthused with Gran Turismo Sport and it’s competent but, by comparison, 2015 visuals. 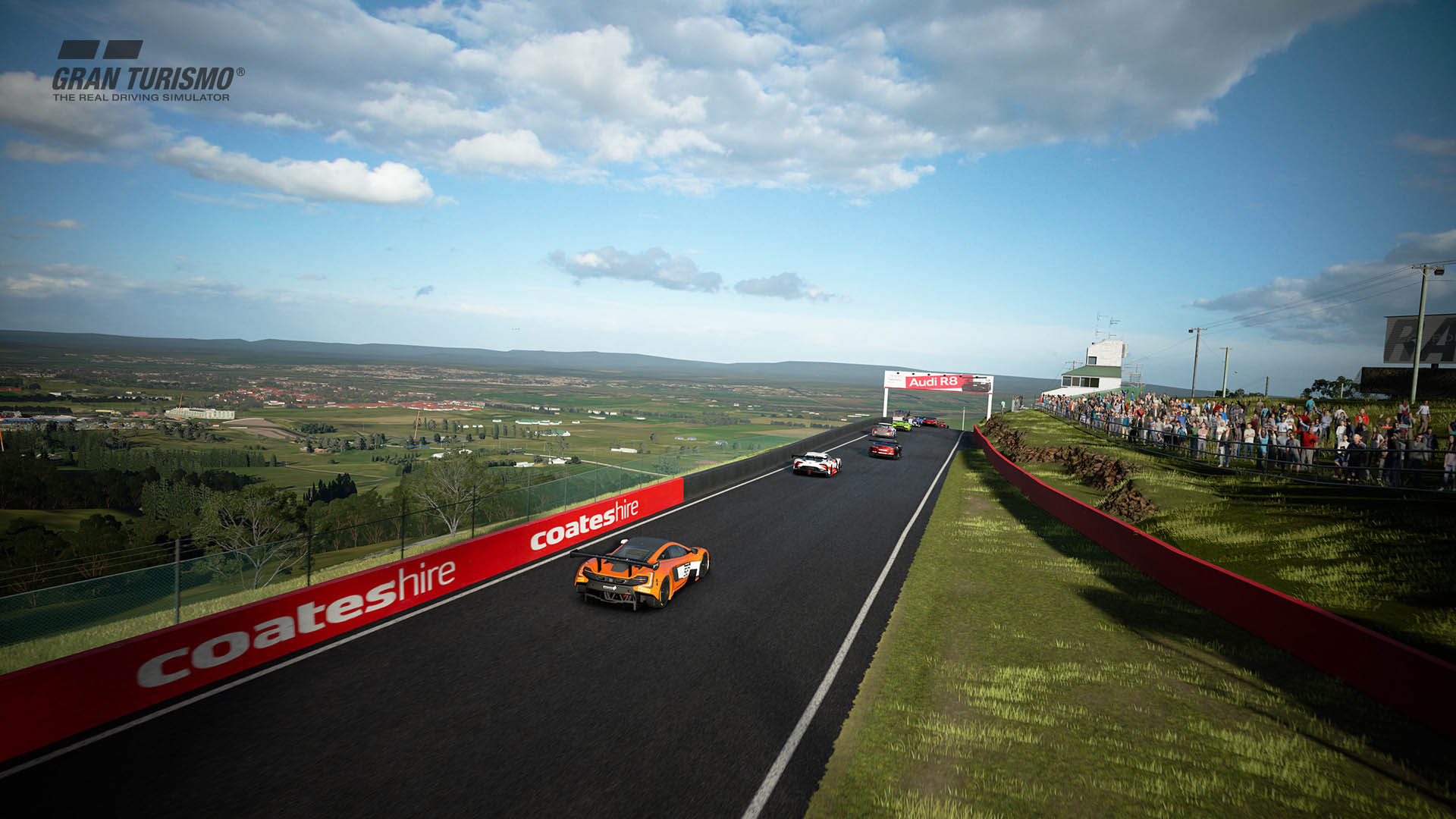 All was not lost, though, as I was yet to try the game’s PSVR mode. Interestingly, it does seem that even the much-lauded PlayStation 4 Pro can only handle two cars on the circuits in VR, making this more of a showcase than a full-on VR game. But, even in this cut-down form, Gran Turismo Sport’s VR mode is very impressive.

I regularly use an HTC Vive attached to a monster of a PC to play VR racing games, the results and sublime. But that’s a lot of expensive hardware. What PlayStation and Polyphony have done is create a comparatively cheap VR racing system. Gran Turismo Sport provides such an authentic racing experience, you’ll find it hard to go back to a 2D TV.

It’s like you are actually sitting there in the car, sitting on the track. Not just that, but the VR perfectly complements and shows off the work that’s gone into the creating authentic car handling. You can feel the car as you negotiate the bends, it reacting exactly as I expected it to, based on my real-world driving experience. Losing the car at a corner gave me a moment of genuine fear, as I forgot where I was- it felt so real. I’m certainly looking forward to playing a bit more Gran Turismo Sport in VR when the game is released later this month. 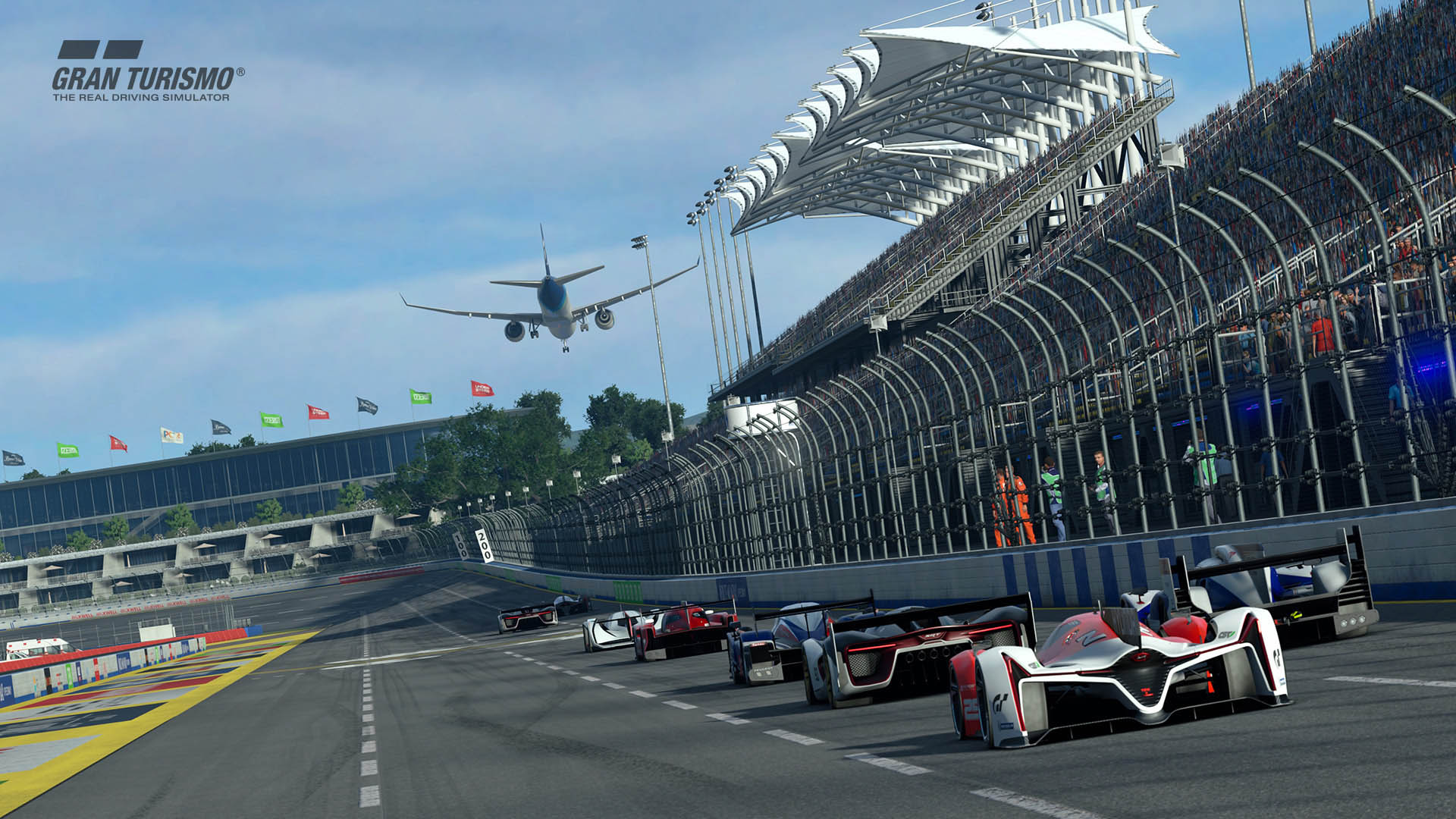 Gran Turismo has never been just about the racing. The game really caters for the car enthusiast. There are detailed histories for the car marks, including videos from the manufacturers.

The Scapes mode allows you to take your favourite cars and place them in specially shot 3D photographs of real-world locations from around the globe. The game then perfectly blends your car into the scene. This allows you to create a believable photo mash-up of real-world background and game engine car. Fans that enjoy creating their own liveries are going to have an absolute field day showing off their creations in Scapes mode. 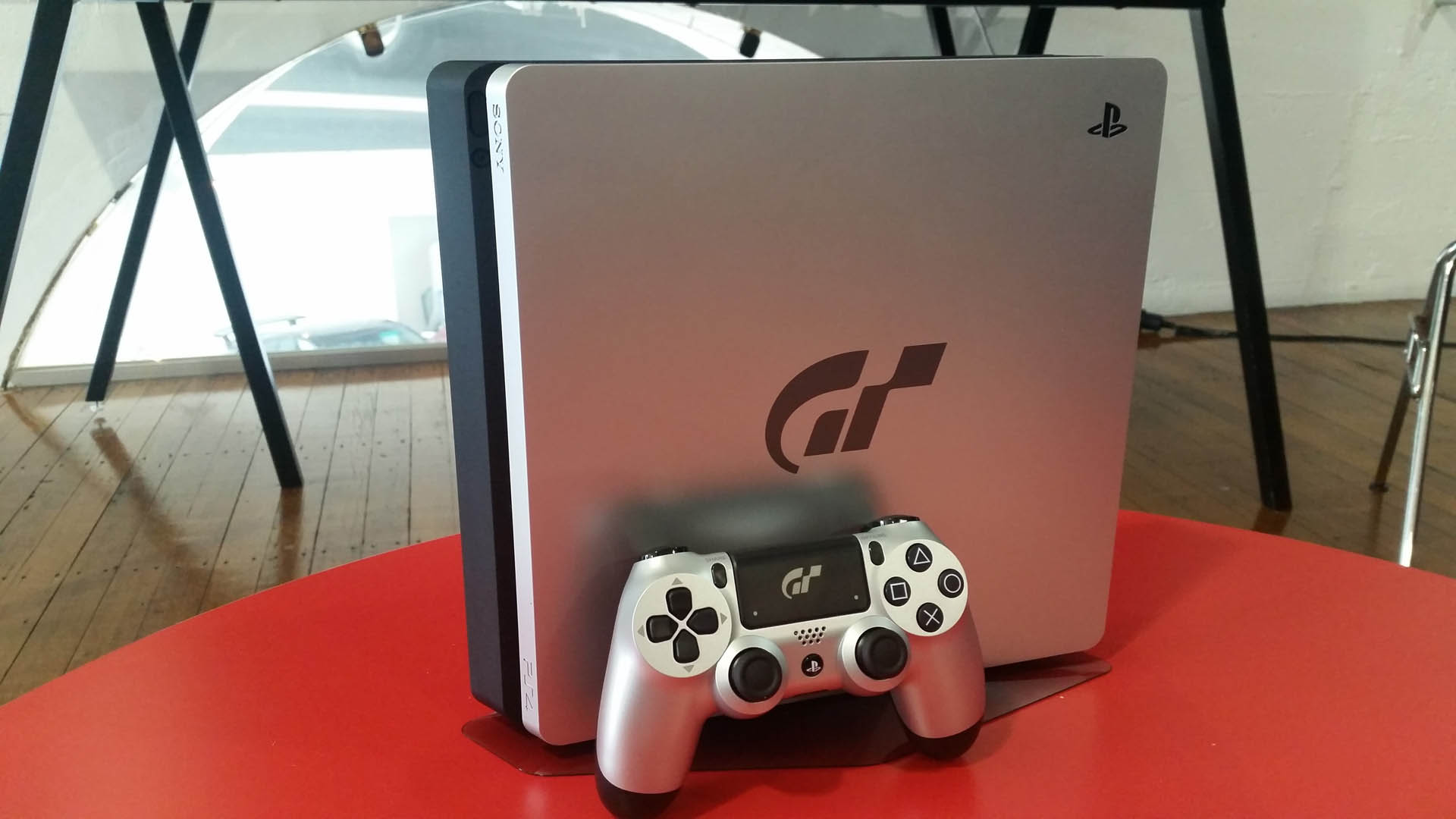 Even though the lack of weather effect was a disappointment, the cars, the handling and the circuits themselves are all very impressive. I loved the car videos, historic facts and photo mode, but it was the VR showcase blew me away. One of the best PSVR experiences I’ve had to date.

I, for one, am really looking forward to getting my mitts on the finished game.