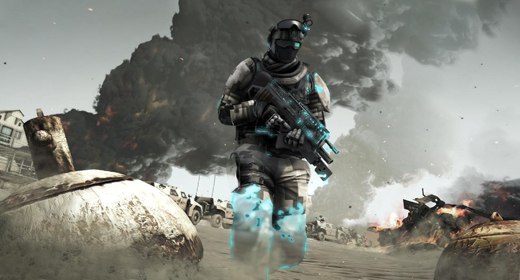 Ubisoft’s Ghost Recon series has been widely touted as one of the staple for tactical squad-based 3rd person action shooters.

Here however, the slight stray from the traditional Ghost Recon formula is likely to polarize fans of the series. It has more of an emphasis on action, replacing the more tactical element of previous titles.

The story starts off explosive 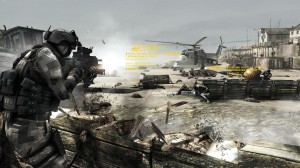 enough, with a botched raid on a Nicaraguan camp suspected of harbouring WMD’s. The result is a globe trotting military romp in an attempt to pursue the culprits responsible.

Here, you will find a string of military clichés that will provide little more than a serviceable platform for a game of this type. It’s not readily apparent what the greater means behind your cause is, and a clear villain is never really established – This forces GR:FS to rely predominantly on its gameplay.

Right from the outset you will discover that if you attempt to tackle the campaign with the same action hero bravado of similar games, you’re likely to quickly end up as Grandmas tomato puree…only much worse for your health. 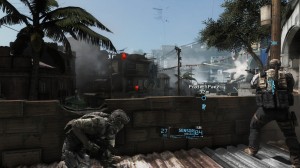 For the most part, the use of cover, your squad, and gadget load-outs are imperative if you want to avoid repeating mission checkpoints over and over again.

The game is methodical at introducing you to new gadgets when they become relevant to the mission.  Almost immediately your squad is fitted with adaptive camo (essentially a cloaking device) used for sneaking past enemies in otherwise plain sight.

This works well, though the suits ‘faults’ are ludicrously convenient for gameplay balancing; basically you are only invisible if no one knows you’re there!

At the same time, you are given a proximity sensor the size of a tennis ball that you can hurl into a crowd of enemies somehow without detection, marking their position on your HUD.

The AR Drone, a 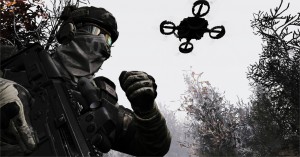 more nimble equivalent to previous games UAV, allows you to scan for nearby enemies and tag them for a squad-based sync shot. Sync shots require placing targets for your squad mates who, once in position, can be ordered to kill simultaneously. This can avoid long and tricky shootouts, but can also be a bit of a simplistic method for clearing areas. Nevertheless it is an important tactical element of the game that you will constantly rely on.

The drone later doubles up as a remote RC-car with EMP pulse – used for stunning enemies or sabotaging electronics and many other gadgets are also introduced. These provide several options for moving through environments with either fewer casualties, or by clearing areas entirely. 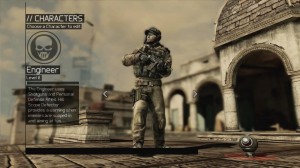 Prior to each mission the game provides you with a series of weapon and gadget options that become exhaustive as the campaign progresses. A recommended load-out is offered and is wise to accept on first play through as you really have no idea what you’ll be facing in the mission ahead. In saying that, weapon and gadget customization is very comprehensive and spans across into multiplayer as well.

The great thing about a game being based in the near future is the developers can be a little creative with the technology without sacrificing realism and, camo suit aside, is very effective in providing some variety to missions. One mission has you manning the guns to a weaponized quadruped named “The Warhound”. For this entire mission you barely fire a round out of your own gun, but is fun nonetheless.

Future solider is thrilling and well paced throughout, and has you really negotiating your own play style to get though certain areas. Many of these areas require you to remain undetected to prevent raising an alarm and failing the mission (Queue the groans). But in all seriousness, this is not nearly as cheap as it has been in other games and there are only a few occasions where the ‘trial and error’ method of progression applies.

Graphically the game is beautiful at best, and old-school at worse.

Human heads and lip-syncing is 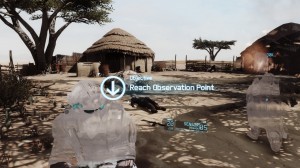 inexcusably dreadful for a Ubisoft title. Perhaps it’s my ignorance in assuming that every human in the future will have a regular shaped cranium, but here it’s amateur night at a clay-modeling workshop.

Some textures are also very low-res under scrutiny and you will also come across a low-poly model or two, but the game is so flush with post processing and alpha effects you will probably only notice these if you are looking for them.

Sound is fantastic in 7.1, with bullets whipping past your ears, splintering wood and clanging metal all around. The music is not overbearing, and crescendos only when the action really calls for it.

Multiplayer is the lynchpin for many people regarding these types of games, and GR:FS does not disappoint.

Many of the game modes available here are niched versions of familiar game modes that provide a play style unique to the Ghost Recon lore. 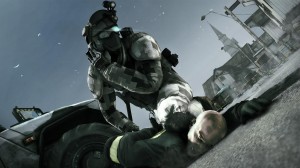 Modes are largely objective-based, and encourage collaboration with your squad in order to bolster your chances at success. There are a variety of classes, with specific sets for each and teams really benefit from these mixes.

As Experience Points are gained to level up, more unlockables become available, but often players will only have the choice between two weapon attachments for each match. This does help with balancing, since the disparity between high ranking and newbie players can be quite large.

As mentioned earlier, the customization of weapons is probably the most thorough we have ever seen in any shooter, and is borderline RPG. Not only can attachments be fitted but the entire weapon can be disassembled and components swapped out (stock, barrel, trigger etc), exponentially increasing the number of ‘unique weapons’ available. 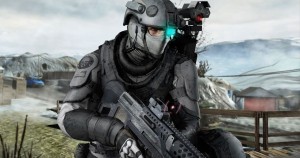 can be scanned for intel which can assist in identifying the location of other enemies, and also become tie-breaking fodder for closely matched games.

All said and done, Ghost Recon: Future Soldier is a thrilling title.

The campaign is solid and varied, and the competitive multiplayer fresh and interesting. 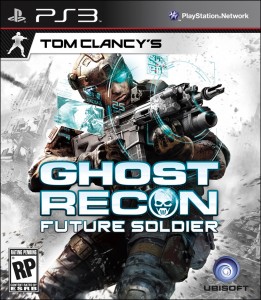