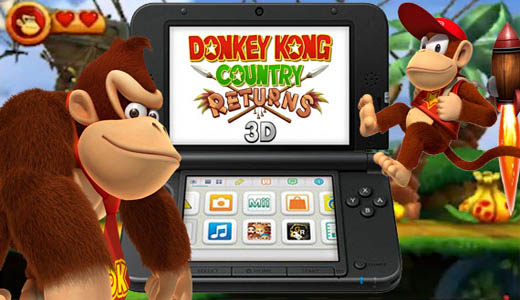 In 2010, players across Australia and New Zealand first experienced the adventure-filled moments in Donkey Kong Country Returns on Wii: jumping around the game’s lush and colourful side-scrolling levels.

Clinging to the side of a swinging platform; riding on a speeding mine cart; leaping from barrel to barrel between foreground and background. Now Donkey Kong Country Returns 3D is launching on 25th May 2013 for the Nintendo 3DS, including all of these reflective and great moments, but also offering gamers a host of new features that were not available in the original Wii game, as well as a 3D makeover that makes the graphics look more impressive than ever before. 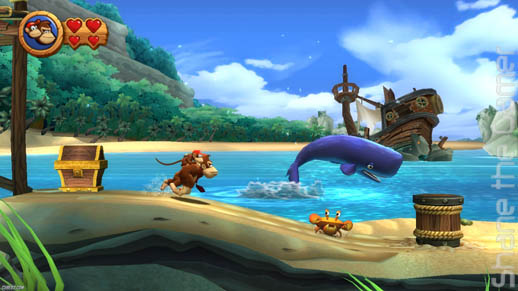 To enhance Donkey Kong Country Returns 3D for portable play, a ‘New Mode’ has been added to the game. In New Mode, players have access to new items and gameplay features, including Donkey and Diddy Kong having three hearts each (instead of two in ‘Original Mode’), making things a little easier for those new to the franchise. The helpful items in New Mode include portable “DK Barrels”, which players can use at any time to have access to Diddy Kong; “Green Balloons”, used to protect Donkey and Diddy Kong from falling off a cliff or ledge; and “Crash Guards”, which make players temporarily invincible in rocket barrel or mine cart areas. Fans can also play in ‘Original Mode’ to experience the game as it was originally designed. 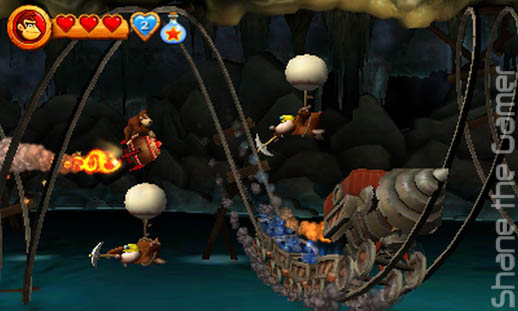 Also exclusive to Donkey Kong Country Returns 3D are eight challenging new levels located within the all-new ninth world, Cloud, which are unlocked after players complete the main game. Plus, for those looking to conquer Donkey Kong Island with a friend, two players that both own a copy of the game can also connect via local wireless to team up as Donkey and Diddy Kong for some barrel-blasting multiplayer action. 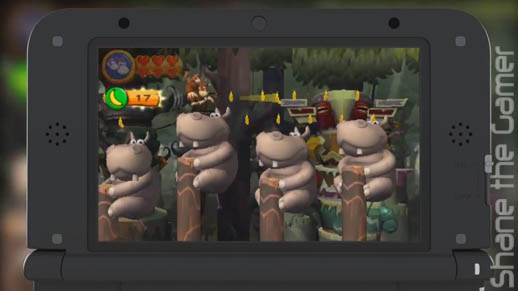