Get Ambushed on Your Android – News 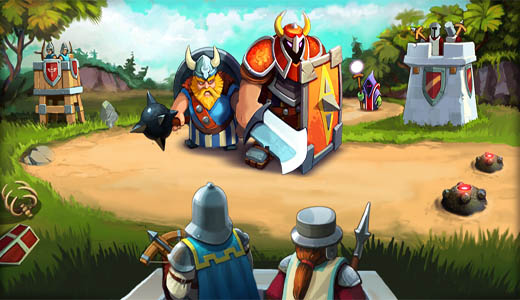 The game will be available for free download at the beginning of December 2014. The title has been in beta since the end of October and offers an innovative mix of tower defense and brand-new tower offense, garnished with building simulation elements.

The aim of the game is to attack other players to conquer resources, and on the other site to protect and defend your base from enemy attacks. The basics of the tower defense and tower offense modes are thoroughly explained to players in an extensive tutorial.

Thanks to the up to 20 types of tower and upgrade options, as well as 20 combat units and monsters with different abilities, every battlefield needs to be approached with its own strategy.

In particular, the use of heroes of the different combat units or buffs for the player’s troops or debuffs for enemy troops have to be used carefully because of the timer. 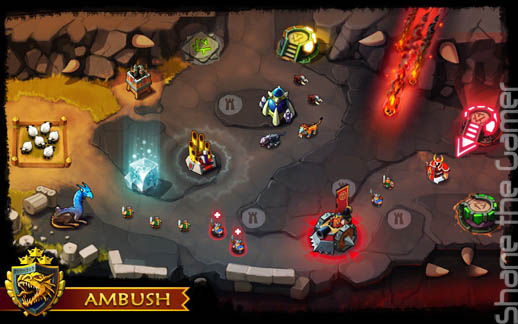 By winning battles, players receive experience points to expand their base and upgrade the units and towers necessary for both game modes.

Resources are being obtained during the battles and also while being at the players territories. 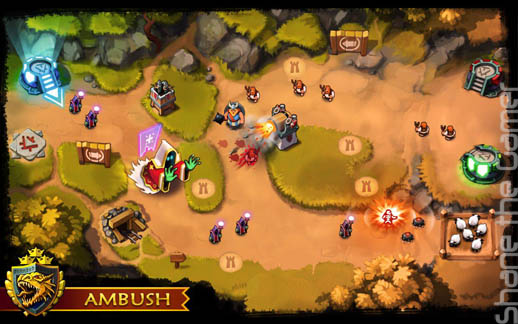 Free to play, Ambush – Tower Offense will take on your Android tablet or smartphone in a few weeks.