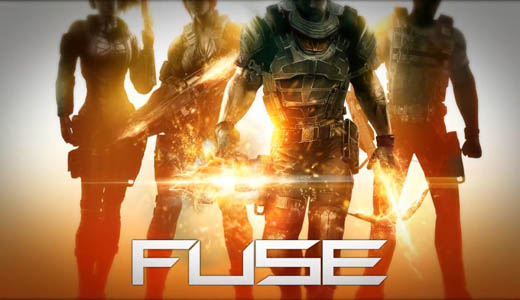 Take a group of gruff mercenaries, a sci-fi setting, a strange alien power source and some stupendous weapons, and you’ve the recipe for a great game. Design it from the ground up to be drop-in drop-out four-player co-op and you’ve got the potential for something rather special.

The game is the third-person shooter Fuse from Insomniac Games, the same outfit the brought us Spryro, Ratchet and Clank, and the Resistance series.

I recently attended a special preview event hosted by Insomniac Games’ co-founder Ted Price over at EA Games’ Sydney HQ.  I got to play the first few hours of the Xbox 360 version of the game in a two player co-op campaign session. 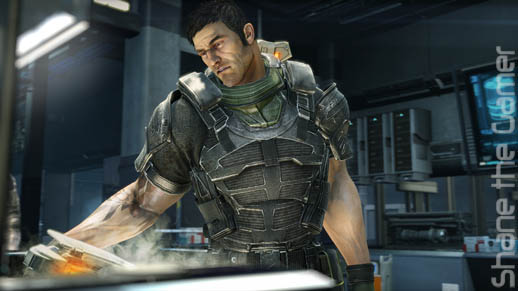 In the campaign game – which can be played solo or co-op with friends – mercenary squad, Overstrike 9 have been sent to a top-secret US Government installation to secure some sensitive technology. The technology in question is the titular fuse, a high-tech energy source which is alien in origin – with a nod to a certain incident in 1947.

At the site, dramatically referred to as Hyperion Base, the team follows a trail of destruction unleashed by a powerful Mechanoid. Whilst investigating the wreaked labs they happen upon some prototype weaponry that harnesses the awesome power of fuse energy. 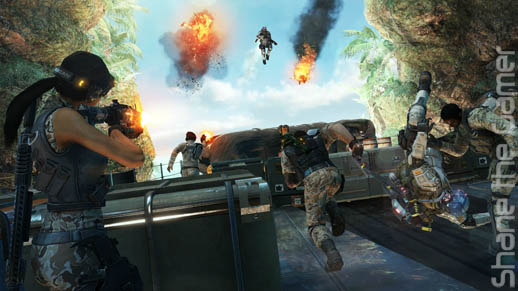 With their new-found arsenal, the team works its way deeper into the facility in pursuit of the destructive Mech. On the way they come across plenty of enemy henchmen from the Raven Corporation who are after the fuse technology for themselves.

Each playable character in the team has a unique fuse weapon at their disposal. The team leader, Dalton Brooks, is equipped with a mag shield- which is an energy shield that can also be used to disintegrate nearby enemies. Izzy Sinclair wields a Shattergun that crystallizes opponents, shattering them into tiny pieces. Naya Deveraux uses a warp rifle to create little black holes. Last but not least, Jacob Kimble is armed with a crossbow called an Arcshot, which is effectively a powerful sniping weapon. 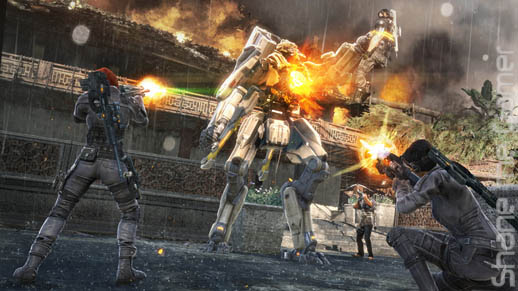 All the weapons are immensely powerful creating an awesome spectacle, especially when all used together. The weapons in Fuse are some of the most unique I’ve ever used in a game.

Whilst the game can be played with four players, each player controlling an in-game character, it was recommended that we let the AI control two of the characters in order to try out the LEAP feature, which can be done at any time in the game. With a push of a button it is possible for players to LEAP over to any AI controlled character. This enables a level of strategy during play that is far better than crossing your fingers and hoping that the AI knows what it is doing. 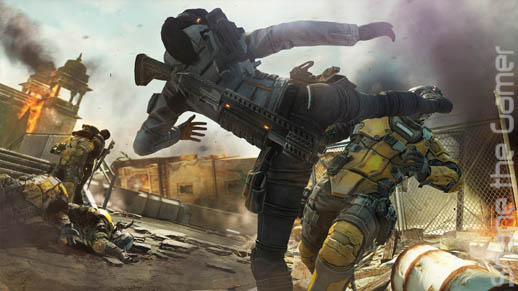 Being fair, whilst I did LEAP a lot during the session, the AI does do a pretty good job, even coming to my aid when I needed reviving. Than being said, the game definitely needs human interaction to push forward, which is a good thing as you want to be involved and not have the game play itself.

As I worked my way further into the base, the enemies got more and more inventive requiring more LEAPs to take out snipers and shield-equipped grunts. Despite their advanced weaponry, my team soon found themselves overpowered and at the mercy one of the game’s big bads: Ivan Sovlenko;a megalomaniac nutcase who, just to prove his bonkers credentials, injects himself with some of the fuse energy. 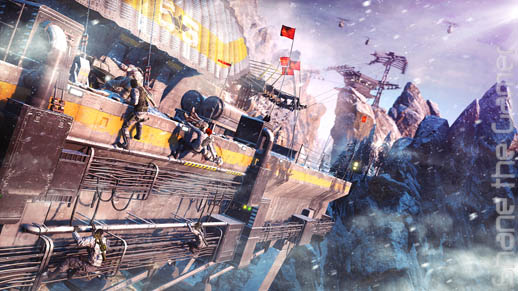 This grants Ivan with the power to drag memories from the Overstrick 9 team members’ shady pasts. Cue a bit of angst-fill exposition as the team search for and find their guns; continuing the butt-kicking exercise.

Fuse has a fairly good plot, even if the characters do feel a little flat. But the game isn’t about emotional drama. Fuse is all about absolutely mental weapons.  And in this respect it certainly delivers.

As you’d expect, during the game you earn XP and level up, with each level granting an additional skill point.Each character has a sizable skill tree with which to spend skill points. Unlocking abilities for each character also unlocks the same when the team member is AI controlled, giving another reason to switch characters during play. 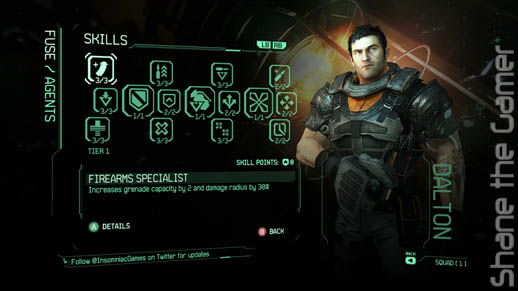 XP can also be earned in the “co-petative” Echelon mode, which was also available during the hands-on.

Echelon mode is basically the game’s horde mode, which will be familiar to Gearsof War fans. The unique weaponry, does however, promote teamwork in a way they you’ll rarely get in Epic’s shooter series. The teamwork, which is the same for the co-op campaign, is more akin to that of the Left4Dead games; a coordinated approach to combat with reward all players, whilst four lone gunmen will usually fall quickly. 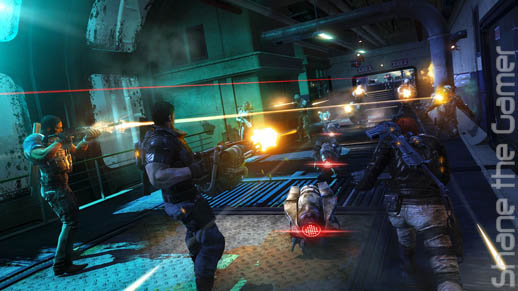 There’s no doubt in my mind that Fuse will offer players a unique experience when it comes out at the end of May. Whether the fantastic fuse weapons will be enough to carry the game through the critically overpopulated shooter genre, is another thing. At times I got a feeling of fatigue, that the game wasn’t offering me enough to separate it from other sci-fi shooters. Dressing up Echelon as something fresh and new was pushing it a bit; even so I found it a welcome addition to the game, offering up a bit of variety and other way to collect that all important XP.

All in all, though, I had a lot of fun playing Fuse and it’ll definitely be one to watch when it comes out for PS3 and Xbox 360 on 31st May.