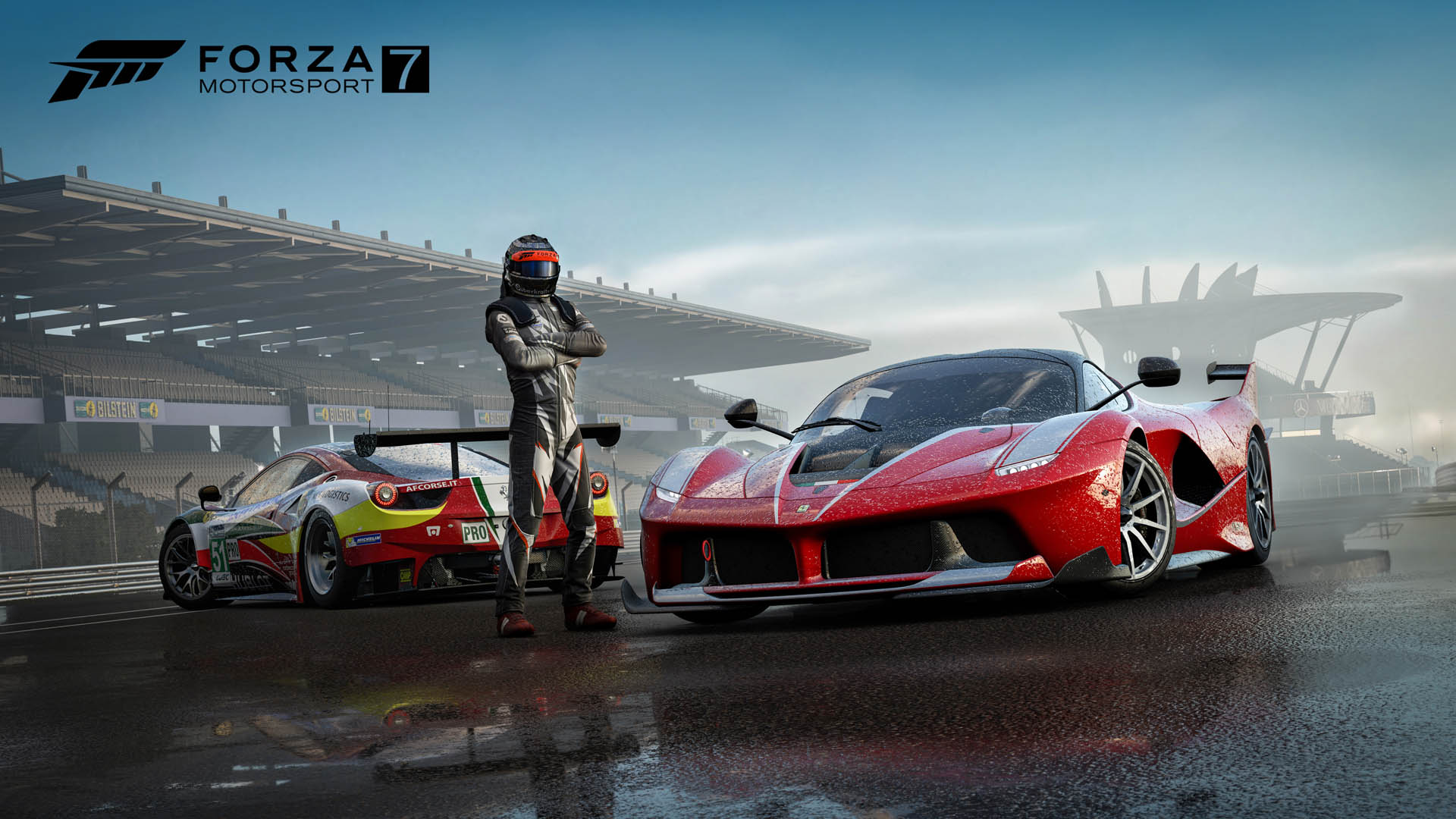 Forza Motorsport and Forza Horizon releases have become some of the most regular on the gaming release calendar, right up there with Call of Duty and FIFA.

Each year a Motorsport or Horizon releases, and the other on an alternate year. With so many entries out there, how can developer Turn 10 improve on what is already a nearly perfect game and keep pace with the rest of the gaming industry? The answer, it turns out, is by iterating everything on track, and experimenting with everything else off track. While some of these experiments are successful, others have fallen flat. It leads to a mixed release, with some of the best driving, marred by some of the worst metagame experiences.

It’s also strange to be reviewing this game on the existing Xbox One platform. Forza Motorsport 7 is THE flagship game for Microsoft’s powerful Xbox One X console, boasting enhanced resolution and visual effects. But the Xbox One X isn’t out for another few weeks, so, for consoles, the game has to be judged on its presentation for the original Xbox One (where I spent my time) and the Xbox One S. 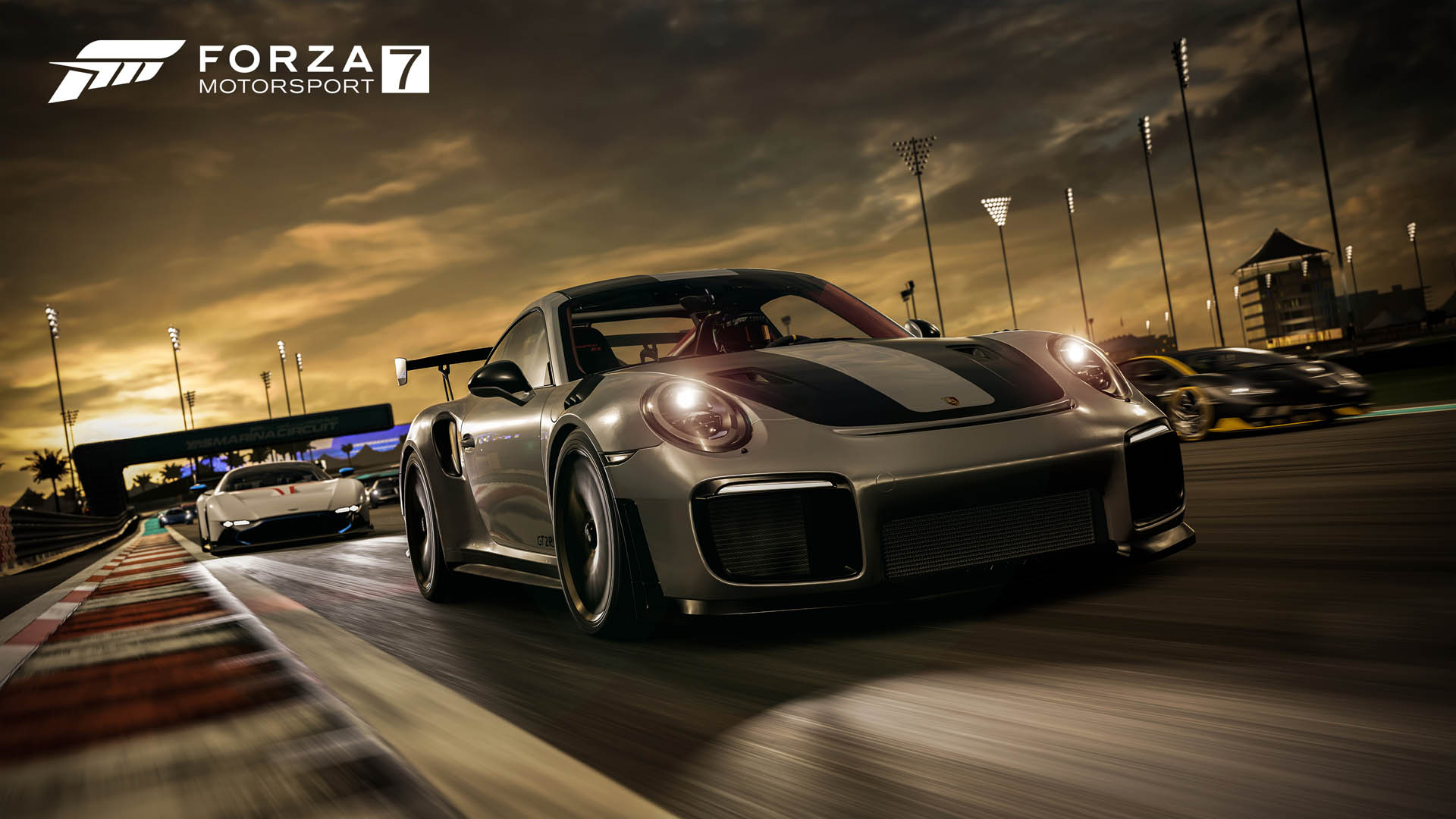 But there’s a catch here as well.

Motorsport 7 is the first full-fledged Motorsport game to be released on PC – a part of Microsoft’s admirable Xbox Play Anywhere initiative. While Forza Horizon 3 and Forza Motorsport 6: Apex share very similar technology, Motorsport 7’s new home on PC is a milestone in Microsoft’s gaming strategy. And it is a very good port. My PC handled 1440p, 60FPS with most ultra settings at a solid 60FPS with little issue. Perhaps the most interesting part of the port is that it includes a feature normally reserved for console editions – dynamic graphics settings.

This means that you can set a target setting level (e.g. low, high or ultra) and the game will try and do its best to reach that while it can, but pull back some detail or resolution to maintain a frame-rate target where it cant. In the racing genre in particular this is extremely important, and I’m pleased to say that it works very well. Settings I’d usually lower (such as shadow resolution) I set to dynamic, just in case the game could handle the full quality settings in some moments. In an improvement on Forza Horizon 3’s settings, in Motorsport 7 you can set individual graphic settings to dynamic or not, rather than the all-or-nothing approach in Forza Horizon 3. I wish more games included this option, and I hope Motorsport 7 sets a precedent for other developers to follow. 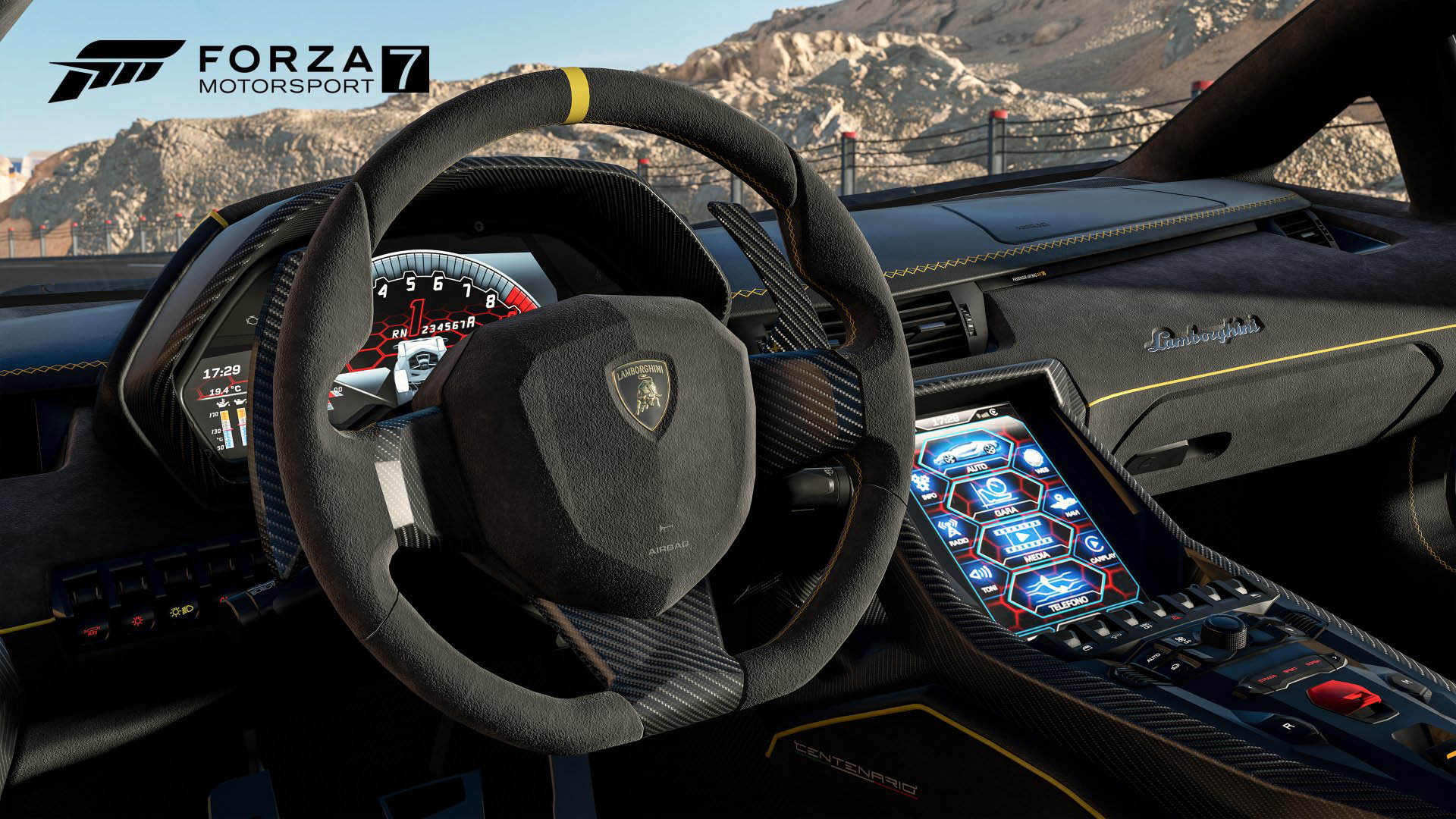 My only complaint with the PC version (besides that it’s only available on the Windows Store) is that local splitscreen racing is not available there. On a system with vastly increased power compared to an original Xbox One, I feel like I’m slightly cheated out of the full experience. There should be more options for play on the PC (four-player splitscreen, perhaps?) rather than fewer, but the removal of splitscreen on PC follows a disappointing trend (Borderlands 2, Star Wars Battlefront etc) that I sincerely hope is arrested sooner rather than later.

But in either the Xbox One or PC version, you are going to get a beautiful version of the game. Tracks are incredibly detailed, cars are magnificent and there’s been what I think is a substantial improvement to drivers’ character models and animations, at least between Motorsport 5 and 7, having no experience with 6. But the best has to be the improved weather and skyboxes. A dynamic weather system is in play, and huge deluges in particular are spectacular. Dynamic weather affects the road surface too (make sure to enable this in your assist menu, its strangely disabled by default), making previously dry sections of track more difficult to manage. 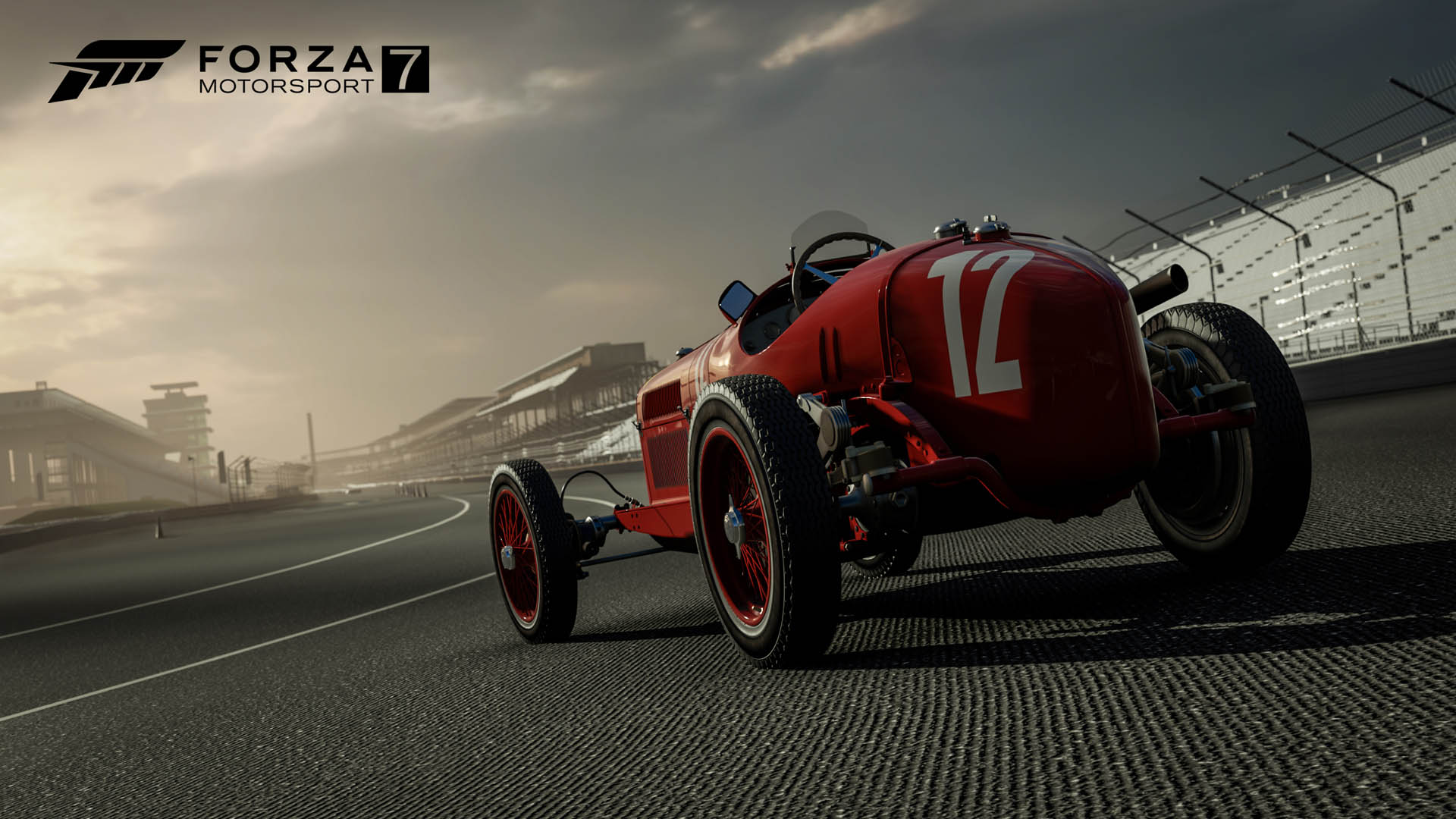 As you might expect, cars handle fantastically. No matter the vintage or make, cars just feel right. For me, developer Turn 10 have perfected the exact space that Motorsport sits in. Not quite a sim, but definitely not arcade. While a wheel is how this game is best played, the controller experience is pretty good and I felt at home with it. Given the wide breadth of excellent racing games now, perhaps this is the time to invest.

But it’s off the track that some of the biggest changes to the game have been made. Traditionally, Forza games allowed you to decide your own balance between giving you driving assist and monetary in-game rewards. Motorsport 7 does away with this system, instead introducing loot boxes and modification cards. Simplistically, you now earn money to open loot boxes that contain more mod cards which allow you to earn more money by completing in-race challenges or by selling the card. Each card can be used multiple times, depending on the card and potential bonuses include things like extra in-game currency. 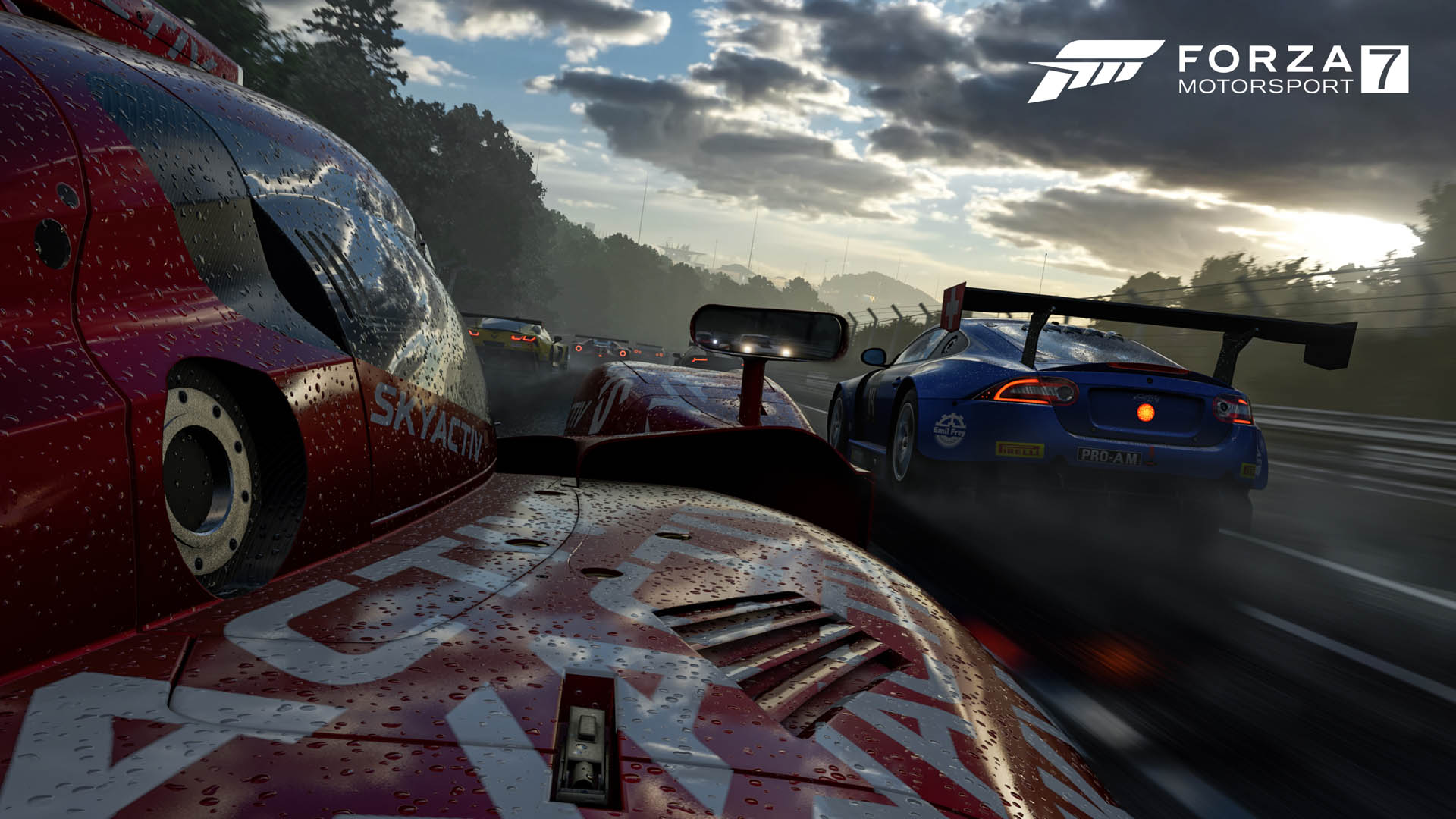 While I can see how this system mixes up the formula and provides additional excitement and variation to each race, I can’t say I was thrilled by this addition. For me, the motivations are all wrong. Players who want cars and upgrades are going to play anyway, and I’m not sure what is gained by randomising car upgrade parts. There was nothing wrong with buying upgrade parts directly so personally I feel like it’s reinventing the wheel (and making it randomised). At least it’s all with in-game currency, rather than real money, but that will soon change.

Nevertheless, I feel like its an unwelcome addition that clouds the game from what it’s truly outstanding at – racing. While I think it’s designed to make each race exciting and unique, for me it meant spending more time in menus and less time on the track. In fact, I’ve spent about 3:1 hours of non-racing to racing, which is far too high. Perhaps I’m different from the average player, but that’s without getting into detailed cars designs or other intensive off-track activities. 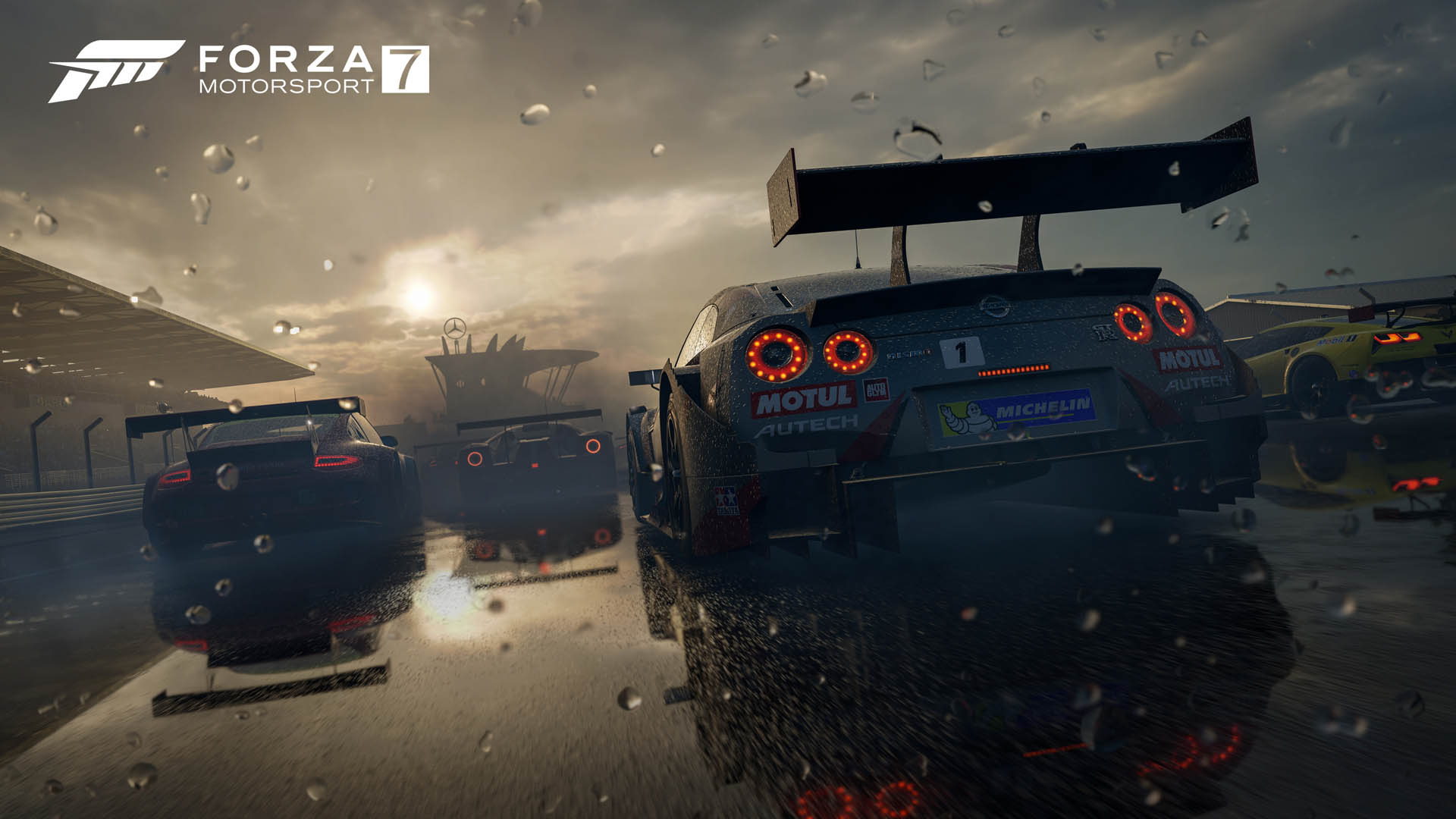 Other additions include a specialist car dealer who makes random visits, offering speciality cars at different price points. The dealer feels a bit like Xur from Destiny – someone you wish were around all the time but is nevertheless exciting when they’re there. It should be noted that the elite VIP package has had a substantial downgrade too, so it’s worth investigating if you really want to commit your money to that edition

Forza Motorsport 7 is an outstanding release from extremely talented developers. From its extraordinarily detailed cars, to the excellent sound design to detailed tracks it’s an admirable package. But there’s ever-more rivalry for your time in this space. From Assetto Corsa to Gran Turismo Sport and Project Cars 2, competition in racing games has dramatically improved, and Forza 7’s off-track “additions” may tempt people to look elsewhere. If they do though they’ll miss out one of the best racing games on the market, especially on consoles. And once the Xbox One X comes out, it’s sure to be the best looking console racing game, though admittedly only for a small proportion of players. I say go for it. Though there are reservations about the metagame, there is so much else to recommend. 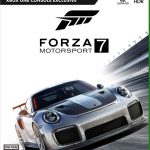