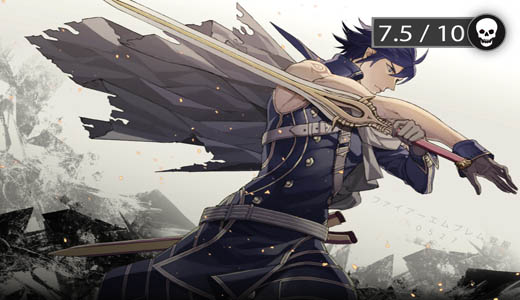 For 3Ds owners the Awakening is now upon us and the Dragon must be taken down. Fire Emblem, now in its thirteenth iteration puts turn based tactical play in your pocket.

Offering a unique blend of in-battle strategy, vast character customization, and 3-D cinematic graphics, you have the power to turn the tides of battle in an epic war against a dark dragon. Your fire-breathing foe threatens to destroy the entire empire with help from his armies of the undead. But, with your loyal crew of fighters, it is up to you to stop him. For good.

Join Chrom the brother to Ylisse’s empress and the Commander of its forces, in a world on the brink of war. 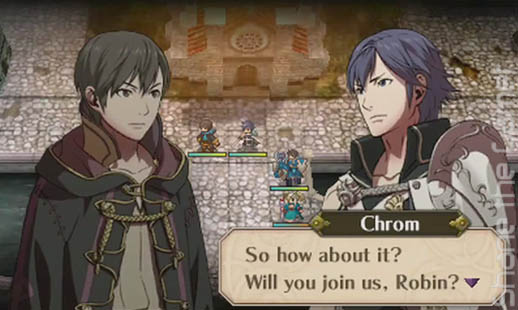 You will both guide and control a team of Ylisse’s finest soldiers – Knights, Mages, Archers, and more – against the marauding Plegian bandits.

This is where both strategy and tactical based skills will come in. To succeed, you will need to carefully choose the units you take into battle. As you lead your team through battles across maps that span entire kingdoms, your army will grow. Make wrong choices and see them be decimated. 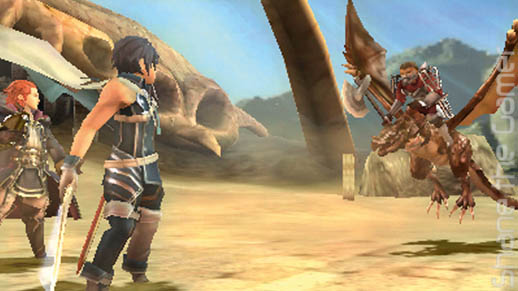 You will find some of the in-game characters rather enthusiastic about joining you in your quest, whereas others may take abit more persuasion. Then there are also some who you won’t know who they have alliance with.

Each character earns experience in battle, leveling up and gaining strength and abilities as they do so. It’s up to you to guide their moves, choose their weapons, and direct their attacks.

Via the Menu’s ‘Class System’ you will find different classes possess different skills, strengths, and weaknesses. Here is the ability to change character’s classes. This is a throwback to Fire Emblem: Shadow Dragon (DS exclusive). 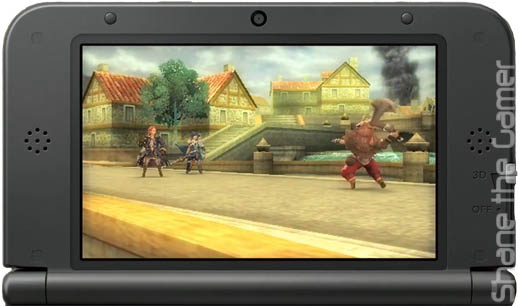 When a certain Level is reached promotion to a new clas can take place and selections between branching available choices.

Characters can have five skills at one time, with surplus skills held in the character’s skill bank. Gameplay has also had added the feature of being able to perform a Dual Strike attack with a supporting character.

There have been a few new additions to the series, most notable is the re-worked ‘Avatar’ system which actually originates from Fire Emblem: Shin Monshō no Nazo: Hikari to Kage no Eiyū (DS title only / Japan), allowing you to create and customize your own character. 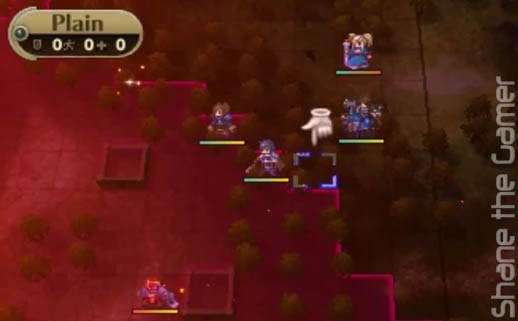 Fire Emblem: Awakening is not all about you and your quest either. Game specific characters also have some rather complex and entertaining stories to share.

In between battles, the entire over-world map can be explored and you can freely take part in conversations with non-playable characters or buy items to be used in battles.

There is also, to a degree, some character A.I. in the sense that these other soldiers and alike will form bonds with you, swearing allegiance and remaining loyal whilst you can also team up characters that seem to be able to work well together. 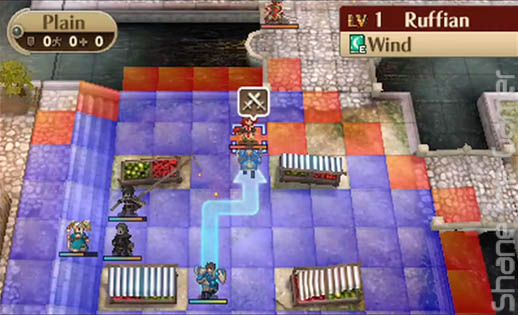 While battling together they will begin to develop emotional ties to one another.Some characters are even able to pair up and have children.

Both StreetPass and SpotPass feature and this allows you to access new items, characters, and maps. Also with StreetPass Exchange you are able to share team data and take on more recruits or battle against other players’ teams or purchase rare items they might carry.

Gameplay itself is what you would expect with a TBS (Turn Based Strategy) title. 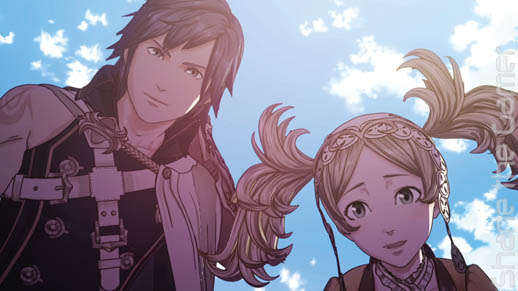 You move within a specified grid. You position your characters and opt to attack or defend. All characters have Health Points and depending on how you play will depend on how quickly these deplete. When they are gone it is Game Over for that character. The story plays out mostly via cinematics or on screen text.

While graphically nice, seems unnecessary to be in stereoscopic 3D and it’s not the best looking game to release on the 3DS, but traditionally these types of titles never are, it solely relies on the immersive gameplay. And immersive it is. 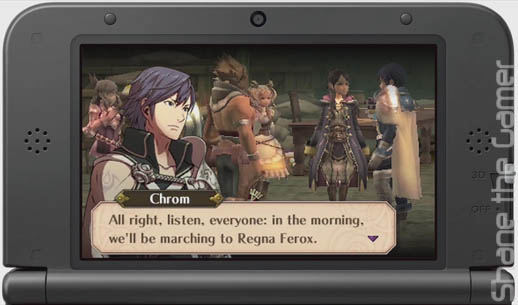 If turn based combat and strategizing your play is what turns you on, do not pass up this new release for the 3DS.

Myself not being a terribly big fan of the above, still found it to be a rewarding play, albeit tailored to a niche group of gamers.