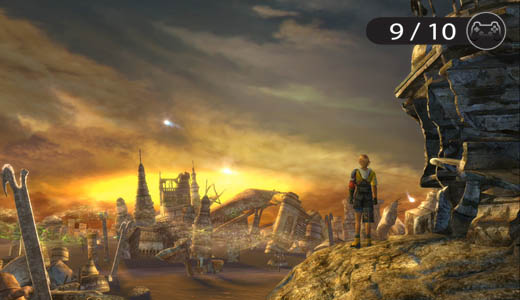 With all the new Final Fantasy’s around but none really hitting the spot I was overjoyed to see Square Enix finally bring back an old time classic. Both Final Fantasy X and Final Fantasy X-2 have been remastered in high definition on the PlayStation 3.

These JRPGs were first released in 2001 and 2003, respectively. Despite their age Final Fantasy X and X-2 still provide beguiling and marvellous JRPG experiences. I feel the real gem in this duo being Final Fantasy X.

Final Fantasy X is my one of my all-time favourites. You start out as Tidus, a young, head-strong boy and get thrown into turmoil after finding yourself in a world called Spira. You closely follow his journey and soon meet the kindly young woman and newly fledged summoner, Yuna. 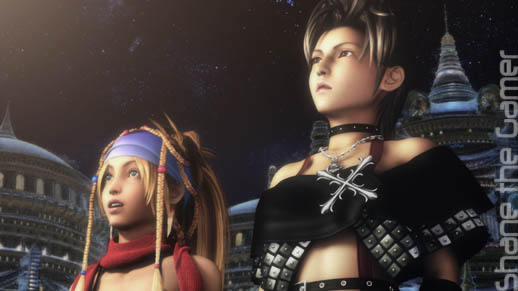 A great evil known as Sin plagues all of Spira and, as a summoner, Yuna’s only goal is to defeat it.

Tidus joins Yuna and her unforgettable entourage of guardians on a journey to make the final summoning and defeat Sin so that the land of Spira can live in peace.

The story may be a bit slow paced, but this along with the internal monologue of Tidus, allows for greater attachment to all of the characters. It’s great to see a game actually create emotional attachment and cause emotion. Even with the slow pace, the story does keep you invested. 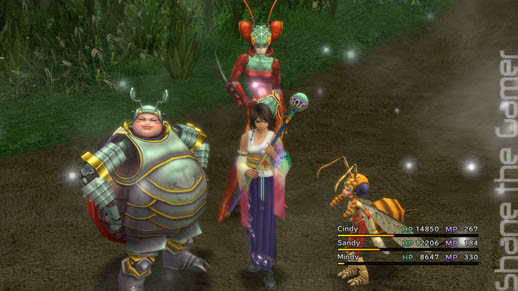 The combat is turn based.

It’s not some weird hybrid of wannabe action/turn based but true turn based.

This may not be every ones cup of tea but Final Fantasy X does it masterfully. As you gather more party members your battles get more technical and enthralling. Each party member bringing their own speciality to the fight. Defeating some monstrosity with one man standing is definitely cause for celebration. 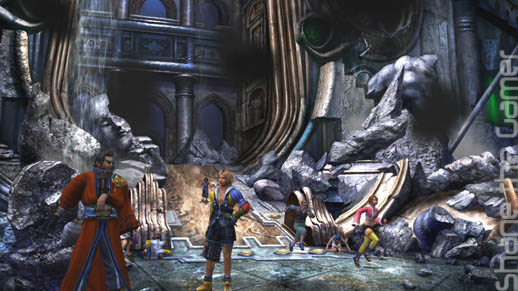 The game offers a great challenge. The spread out save points and random enemy encounters means you have to pace your fighting tactics and manage supplies to make sure when the real threat shows up your still ready for a hard and intense battle. With Final Fantasy X, finding that perfect tactic for taking down horde of enemies or a boss is very satisfying.

The surroundings are beautiful and vibrant. The worlds offer engaging environments and memorable architecture. 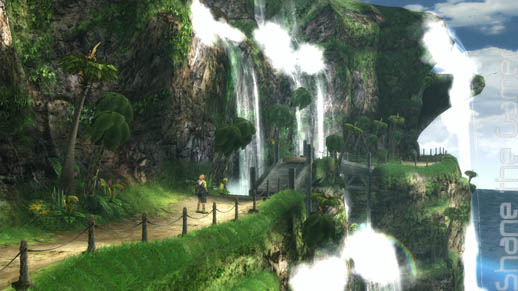 The game has a variety of landscapes, each with their own variety of creatures to battle. Music is well balanced and appropriate to scenarios. For the most part is does have a mellow and eerie feel to it, giving more depth to the game.

The upgrade system is very extensive with the grid style set up. You follow a particular skill tree with options to branch out in different directions. 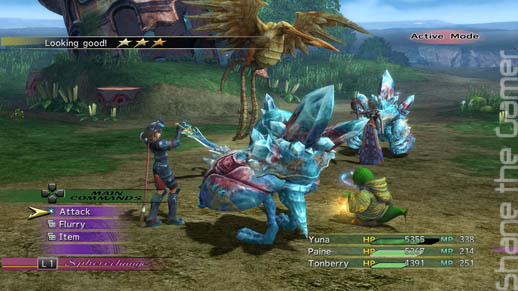 There is always the option to back track, but this is at a cost. This sphere grid is used to upgrade every aspect, from increasing health or defence through to unlocking new abilities.

It’s all on the same grid and you can eventually venture out and adopt other players skill sets by unlocking their skill lines. This gives players a bit more choice and opportunity to create unique skill combinations. Each character has specific skill sets contributing to a diverse battle experience. 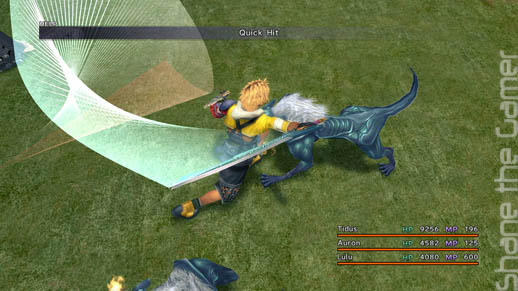 Final Fantasy X-2 is a direct continuation of story for from FFX, so for the sake of not ruining it for any new comers, I shan’t divulge. 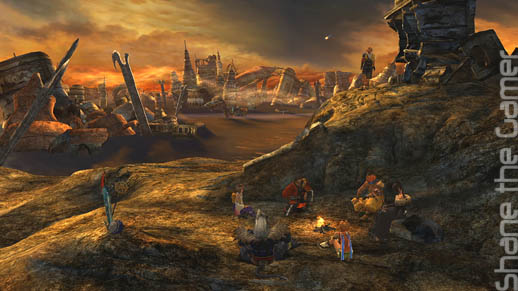 The combat is different. Unfortunately this is where Square Enix started experimenting with a hybrid turn based combat system. This combat system is faster paced and makes tactics harder to implement but with some practice I did become accustomed to it. This early hybrid managed to avoid being a disaster and learning how to effectively utilise it offers its own kind of challenge.

Apart from the combat FFX-2 has a few other aspects that vary from its predecessor. The Level up system has been simplified to some extent and your new companions are able to specialise in any skill set from the start. 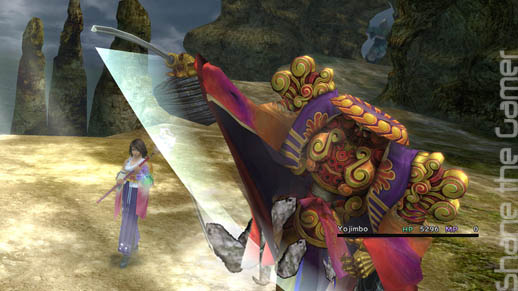 There is also a creature capture system where you are able to capture creatures and then use them as party members in battle. They can be trained up and given abilities. FFX-2 also has more freedom than FFX. You are given an airship to navigate the world and can travel between destinations as you so choose.

On the whole, both FFX and FFX-2 have aged gracefully.

There are, however, a few parts that don’t carry over well. 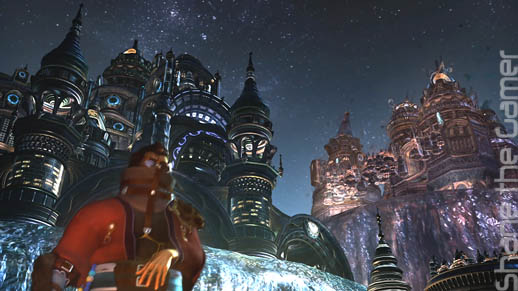 The fixed camera angle does have its downfalls but FFX managed to make this aspect not overly painful. The saves points are another thing, they are few and far between meaning you really need to stop everything you’re doing sit down and get ready for a lengthy gaming session.

The graphics in some instances screams PS2 era and unfortunately HD doesn’t really fix this but largely the graphic quality is adequate, especially considering these games are over a decade old.

I’ve seen much worse looking recent PS3 games out there. 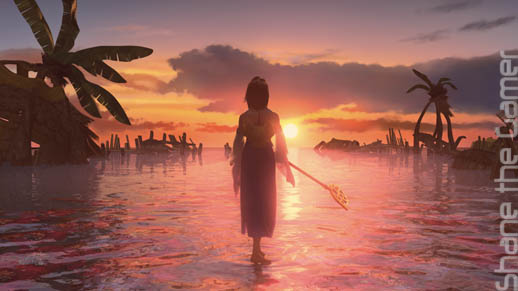 While we are usually all looking forward to the next new game, it’s good sometimes to take a step back and remember the epic journeys of times past. Final Fantasy X and Final Fantasy X-2 are both epic journeys worth experiencing all over again or even for the first time.

With increasing number of HD remakes becoming available, this is one worth playing or replaying, especially for JRPG fans. They do the genre JRPG justice. Final Fantasy X and its sequel have many gratifying hours to offer a player if they have the attention span for it.