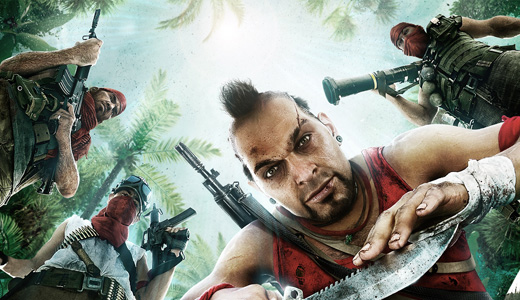 It’s been a pretty big season for games, with massive hit after massive hit landing on shelves pretty constantly for the six weeks. Sneaking in towards the end of this stampede is FarCry 3.

And while, for lesser games, this rush of competition could easily find a title lost and forgotten about, FarCry 3 manages to not only stand out from the pack this season, but make it’s mark as one of the best games I’ve ever played.

A combination of some bold new ideas, combined with excellent story telling and heavily polished gameplay makes FarCry 3 a serious contender for game of the year.

FarCry 3 chronicles the adventures of Jason Brody – a man who is, essentially, a rich brat, partying it up on tropical Rook Island with his crew. 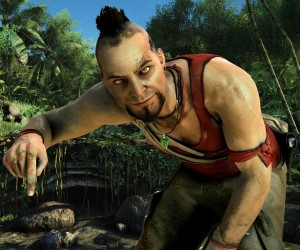 brief intro, we see that this holiday began swimmingly – drinking, swimming and all sorts of stuff a cliché group of rich American tourists might do.

Hitting this at a stark contrast (in one of the games many moments of cinematic excellence) is where Jason finds himself next – captured by a twisted, psychopathic island pirate by the name of Vaas, and held for ransom.

Luckily, Jason’s brother Grant is a bit of a badass former soldier, and the two manage to make a break for it, escaping into the lush, rich jungle that covers the island.

This break eventually ends with Jason falling into a river and almost drowning, save for the intervention of Dennis, a sort of new age shaman, so recognizes that the fact you managed to escape from Vaas’ prison camp makes you a warrior. 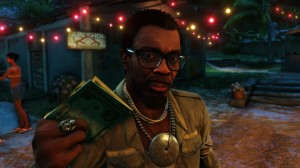 He gives you the tattoo of the warrior, and so starts your journey to save each of your crew and get revenge on Vaas.

The central theme of Jason’s story is the idea of following his own path, and leaving his previous life behind, and this is explored in a number of ways throughout the story – most notably through drug induced dream sequences and tribal rituals the island’s native puts him through.

The game tend to lean on the ‘spiritualistic natives (coined from New Zealand’s ethnic Maori people) and their mysterious warrior ways’. For the most part this story is excellently told, featuring some amazing cinematic moments and subtly chronicling Jason’s battle with the growing madness that comes with high-pressure situation he finds himself in.

What makes this story really hit home is how much Jason manages to act like a typical gamer throughout the process – during one mission with the flamethrower, him and I both said at almost exactly the same time ‘This gun is fucking awesome’. 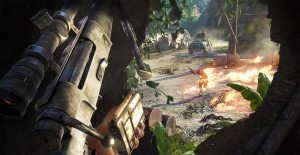 between you as a player and Jason the character that make his eventual, albeit slow, downfall that much more chilling.

The characters that Jason interacts with further manage to enhance this feeling of change and duality throughout the game – the locals of Rook Island are all mysterious and interesting, while for the most part, Jason’s friends are a bunch of  self-centered stoners.

This adventure takes you across a number of different, varied and beautifully stunning locations – and at times, seems to be existing across multiple genres.

One moment you’ll be blasting through a group of enemies with an assault rifle like Call of Duty, the next you’ll be sneaking around and silently killing people and looting their bodies like Splinter Cell, before entering an amazingly detailed platforming sequence like in Uncharted or setting off on a hunting mission like Red Dead Redemption. 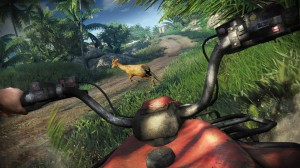 And that’s just the central story of the game, which seems to make up about 10% of what this game has to offer.

Rook Island is one hell of a place, and has the foundation of your typical sandbox shooter – a massive, interactive environment teaming with activity and letting you do pretty much as you please, tied together by a central story to keep you from getting distracted.

What sets Farcry 3 apart from other games like it is the sheer volume of things to do.

You can barely move on Rook Island without being offered up a massive variety of optional side missions. Some of these are to benefit you directly – like removing digital scramblers off radio towers so the local gun shops can get in new stock – and some of them are entirely for the fun of it – like a series of challenges dropping you in unique combat situations and scoring your kills. 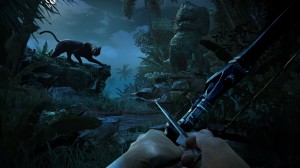 wasn’t enough, Farcry 3 is constantly a treat to both look at and listen to.

The island is nothing short of gorgeous – with beaches and lush jungle making you almost feel the heat of the island paradise you’re running around on.

Walking through the jungle is an incredible audio experience, as animals (that you can also hunt) rustle around you, unseen and twigs snap beneath your feet.

The soundtrack for the games more intense moment is also incredible, especially one specific moment featuring a flamethrower, a Skrillex song and a marijuana field.

What’s really impressive about all this is that despite being a massive game with a ton of content, a graphical standard that surpasses pretty much everything else this generation, and all manner of content heavy happenings, the load times are next to unnoticeable and the entire game exists on one disc. 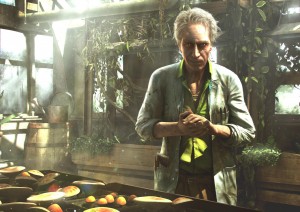 As far as I’m concerned, Farcry 3 is damn near the perfect game. Some minor, minor lighting issues on some indoor loot containers aside (this specific example being the only flaw I could actually find), it ticks pretty much every box I can think of.

If Summer outside doesn’t appeal to you over the Christmas break, just get this game instead. I promise you it’ll be tons better than the current weather.