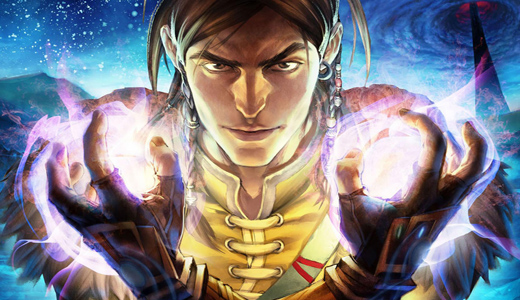 When I first heard of an impending new chapter of the Fable franchise back in 2011, I became just as excited as a kid does before their birthday or Christmas day.

I’ve been a Fabler since the original Xbox version. Number two having been my personal favourite and number three being the least in the series. 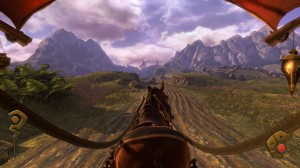 is a Kinect only title, whereby, played in first person, you use no controller and act out the entire game, sitting on the couch.

You play as Gabriel, a young lad from Albion who aspires for greatness and goals beyond his years.

He has lost his ‘tribe’ and soon into play you come across a mysterious and familiar woman called Theresa who you must help as a darkness begins to overtake the land, corrupting and destroying anything it touches. Ironically, it is known as ‘The Corruption’.

What is this is dark force? Do you have the ability to overcome it? Can you save Albion? 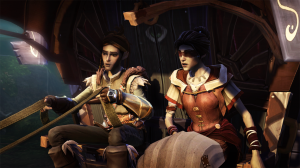 Set 50 years from Fable III, the chance meeting with Theresa may not have been quite so ‘chance’ at all. You will fight your way to the Tattered Spier so that she can restore her power.

Your horse becomes your best friend. A bond between her and you will grow over the course of gameplay and you also need to look after her, with a series of gestures aswell as being able to Heal her when she needs it.

The game itself does give clear instructions on how to manoeuvre yourself to enact the required actions. It’s also forgiving in the sense that you needn’t be too accurate with the movements.

Thrown into play, you will learn how to control horses, this action repeats alot, through to wielding magic and taking out Fable-esque creatures with varying swords etc.

It is pretty much 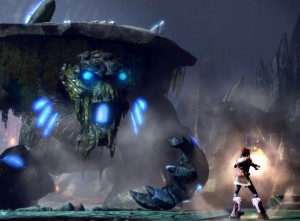 all arm and hand gesturing, flailing, swiping and waving.

You can create a items such as Fishing Rods, swords and Shields that you need, and mix together Spells all within the virtual realm you play within, either in the Main Story or many of the in-game mini-games.

To be fair, this is a new breed of Fable. Unlike any of its predecessors and I assume that this Lionheads goal (the Developer of past Fable games aswell).

As a Kinect title, it’s great, it takes everything that is Kinect, winds it up to turbo and unleashes it upon us gamers.

But for huge die-hards of the saga, like me, it will not sit too well. I am a fan of Kinect, and the simulation of you as Gabriel as extremely well executed. The horse controlling is really well done and combat is not only satisfying when you eventually take down a larger enemy, but also a workout. 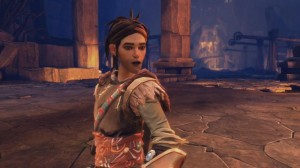 Infact, Fable – The Journey was nominated for the Best Simulation Game at E3 2012.

However, by taking one of the best series the 360 has and changing the formula this dramatically is going to make fans of Fable look for something else.

Fable had a magic of its own. A signature gameplay like no other title before or after it. It was the precursor to having a ‘developing’ character as you play and an equally developing and adaptive storyline which reflected decisions that you made.

There is still, somewhat, this adaptive playability. But no magic and little incentive to play on.

Newcomers to Fable will probably relish the controller free playability. Maybe. Until they play the others.