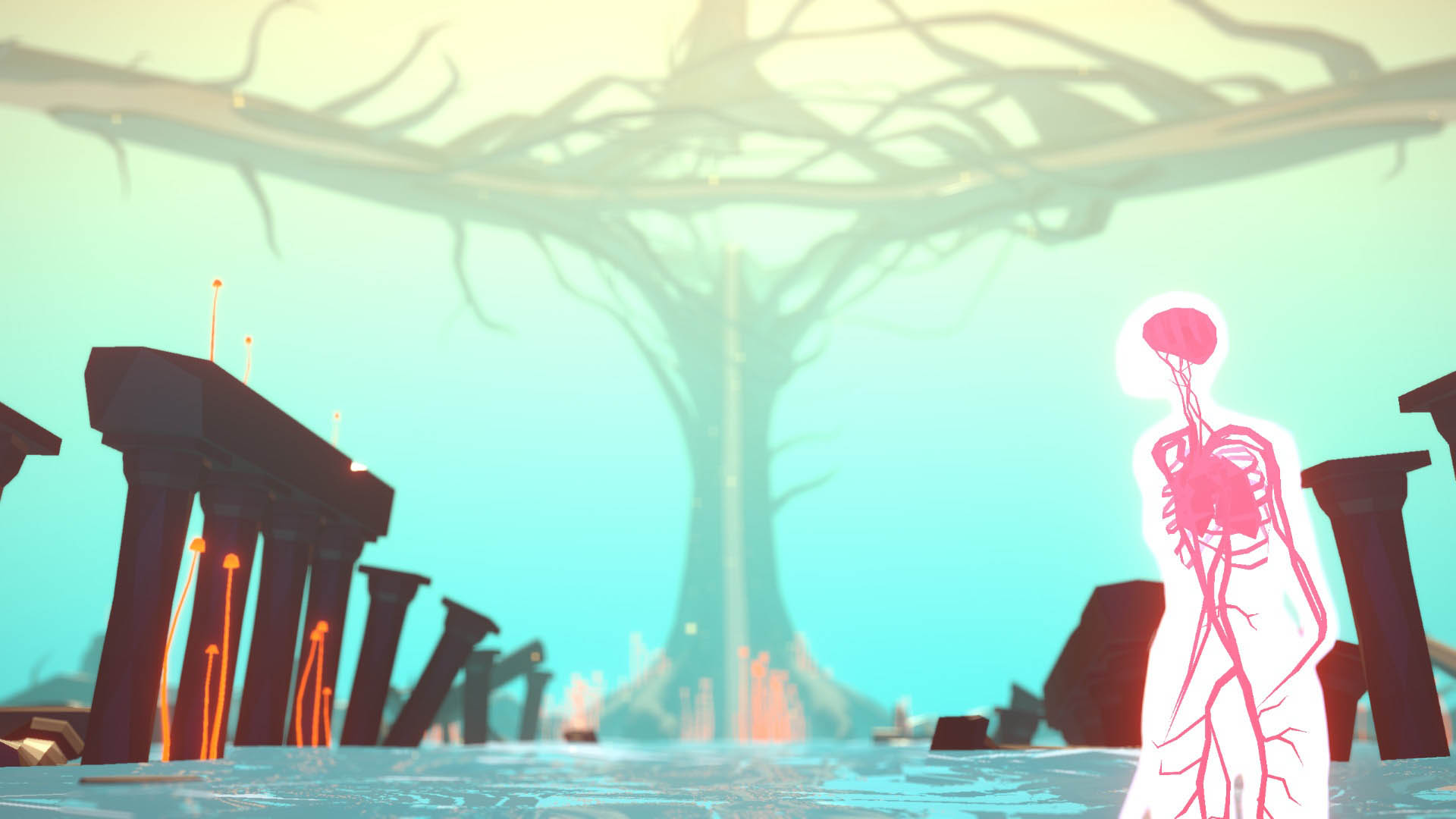 Etherborn is a fascinating low-poly puzzle platform soon to be out on a variety of game platforms, including PC and Switch.

Here at STG we were given the opportunity to give a small chunk of the game a look in ahead of schedule, to see what players can expect when it launches soon.

Set in a pastel-infused world, you are a semi-transparent character trying to make it from A to B. Along the way, and in between levels, you’ll be confronted by vague allusions to a story; mysterious quotes that sometimes left me scratching my head. All of this though is in service of the puzzles. While some puzzle platforms are 3D, only a rare few truly make use of all dimensions available to them. This is where Etherborn comes in, and demonstrates it’s unique selling point. 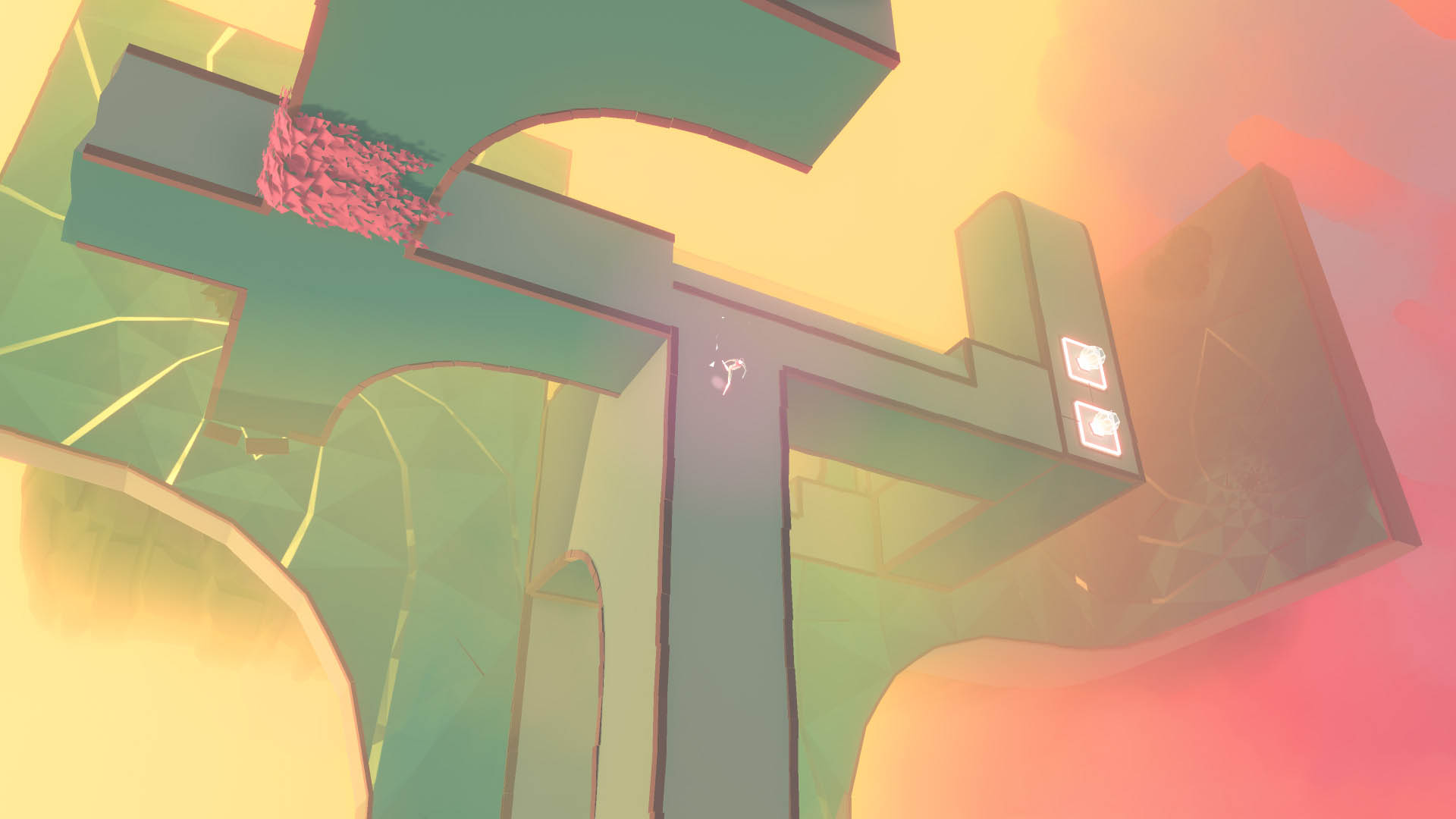 The game takes clear inspiration from surrealist images such as those by M.C. Escher, and cleverly works in not just the aesthetic of his work, but brings it deeply into the gameplay too. The trick is this, at all time your characters gravity is perpendicular to the ground they are currently walking on. This means you can walk around the levels in ways that frankly sometimes broke my mind. Each level is like a diorama that you’re turning around in your hands, searching for the key to unlock that path that you need to take.

One moment you might be walking straight along a path, before climbing up a wall and then dropping “down” onto another platform horizontally. Along the way you will also be collecting orbs of light that allow you to open switches, raise bridges and move the environment around. When multiple of these switches come into play for one puzzle it can be a real mind-bender, and the difficulty of this game can really ramp up. Fortunately there is no punishment for failing, so experimentation is easy and natural. There’s no combat and mercifully no time limits, so the focus really is on just getting through to the end. 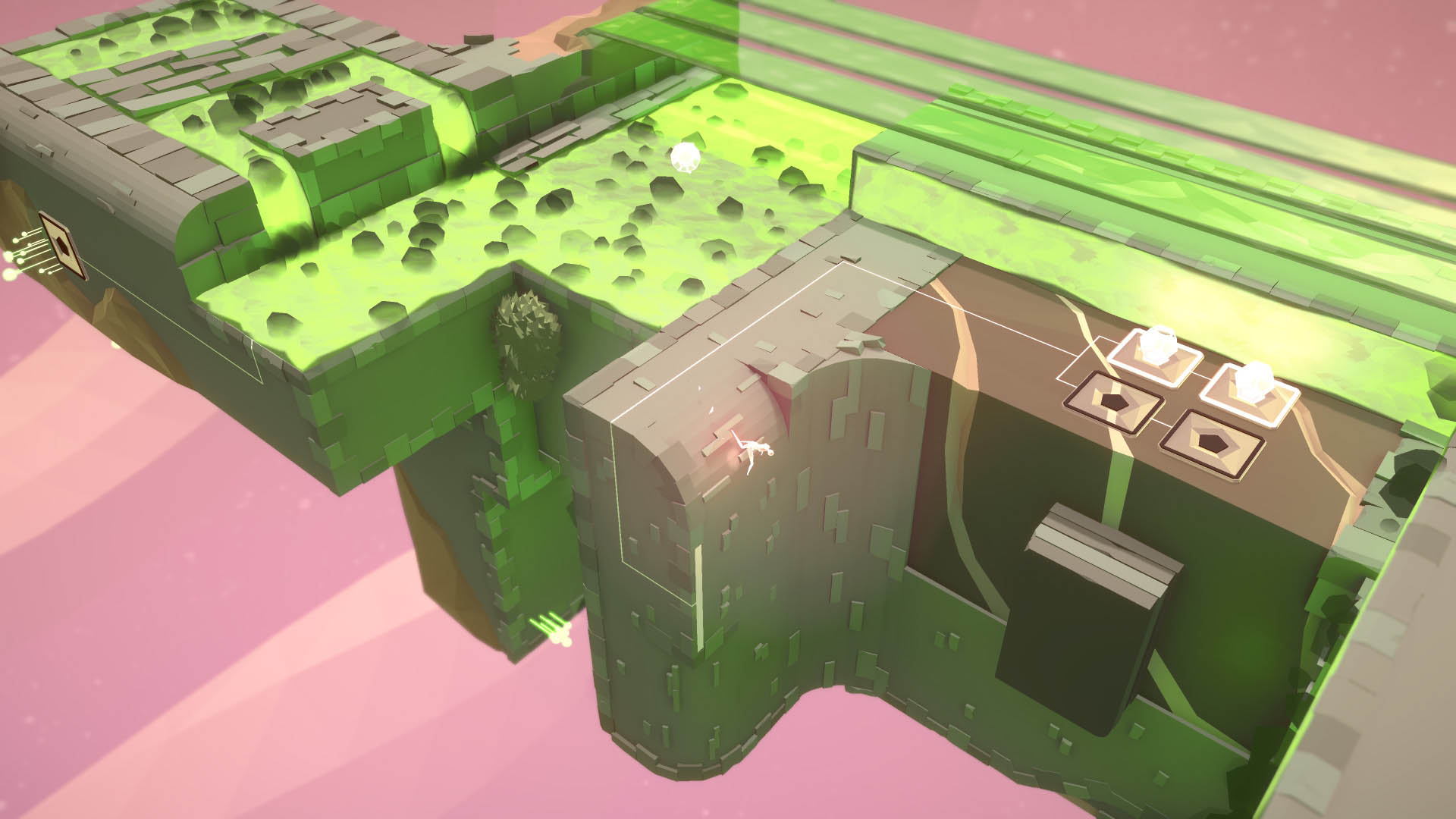 On another note, the music in the game so far is excellent, and is a strong reminder that even in an indie game such as this, music can still be of very high quality. The low-poly visual design is also a plus, and works well to highlight what can be interacted with – here there are no superfluous details that could distract or confuse you.

Etherborn is shaping up to be an intriguing game designed around the eureka moment of working out how to get through a level that on first glance seemed almost visually incomprehensible. The levels are smartly designed, it looks great and so has seemingly all the fundamentals firmly established. It will be a test to see whether the developers can keep up the creativity for the length of a full game, no mean feat. But what we have seen is a fantastic start, and should give the backers of the game on Fig (a crowdfunding platform where you buy slices of revenue as well) hope that their money is well spent.

For the rest of us, this taste of the game is alike a fun-size candy bar, enough to get a taste, but leaves us looking to the full size one, coming later this year.