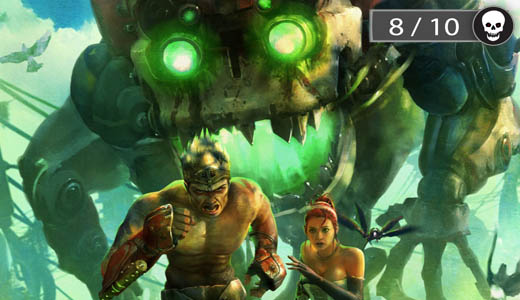 Navigating an overgrown wasteland in a time where technology has evolved dramatically and civilisation ceases to exist. Trying to survive this post-apocalyptic world is no menial task as it is littered with maniacal mechs hell bent on your destruction.

If you ever find traversing this world while fighting off these ominous machines, you are probably playing Ninja Theory’s Enslaved: Odyssey to the West.

Originally this third person action adventure/platform type game was only released on the PlayStation 3 and Xbox 360. Deciding those PC fanatics should not miss out on this dazzling adventure, Ninja Theory brings us Enslaved: Odyssey to the West Premium Edition. This is playable on the PS3 and PC while including the original game and the additional DLC.

Having played the Xbox 360 version quite some time ago, I was happy to revisit this game on my PC. The game ported well but playing with a mouse and keyboard just didn’t seem as natural. So once I hooked up my Xbox controller I was off on a grand adventure. 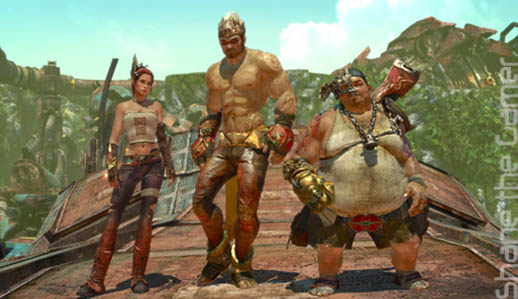 The game looks amazing on PC. The world and levels are very vibrant and colourful despite the post-apocalyptic setting. There is a decent amount of level variety making exploration quite enjoyable. One minute you’re running through an overgrown city the next you’re scaling a decrepit bridge that in times past may have been a grand feat of engineering. 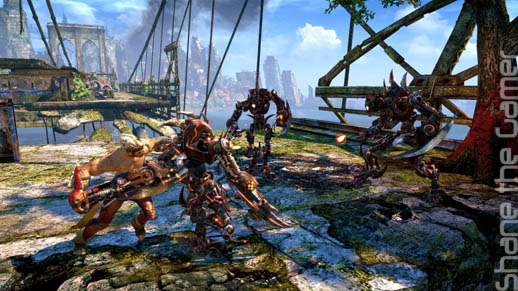 From the moment go, you’re thrown into the action, trying to escape a slaver airship that is on a crash course. All the while another escapee seems to be making your survival less than easy. You and this girl both barely escape with your lives but she however comes away better off. 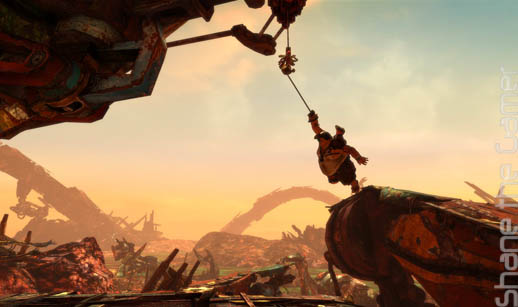 After a rather bumpy crash landing you black out and wake up with a weird head band device that has the ability to control you. The girl kindly informs you she has hacked a slave headband, outfitted you with it, and requires your assistance to get her safely home. The first option of wanting to kill her doesn’t work out, as she tells you if she dies the headband will administer a lethal charge. So you, grudgingly agree to take her home. 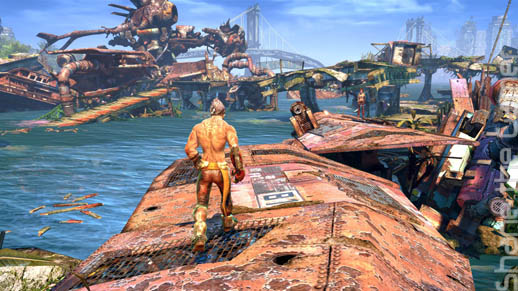 You soon become better acquainted and learn her name is Trip and well, you apparently get called Monkey. This may have something to do with the fact you come across more animal than man with your monkey like agility and bear like strength, except without the hair or a shirt for that matter. Not that i minded.

You are armed with a high tech staff that doubles as a plasma firing weapon and batten type thing. You go around smacking about and shooting up whatever menacing machines you come across in this strangely familiar and over run wasteland. 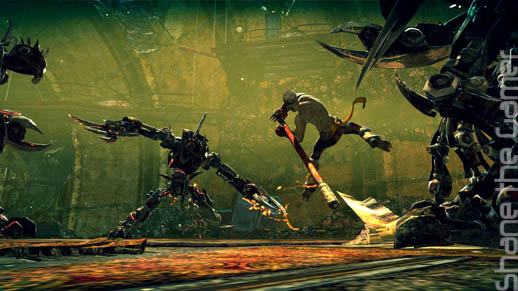 In close combat you have three attacks and your block ability. Though simple, this combination does manage to keep battle engaging. The ranged part of your weapon offers two shot types, plasma and stun blasts, which can make for a deadly combination. Ammo is required to use these however, so consideration is needed as when to use it.

Upgrading these aspects is also kept fairly simple but is well implemented. There are four areas you can upgrade; health, shields, ranged and close combat. Each offering useful and fun improvements on each field. 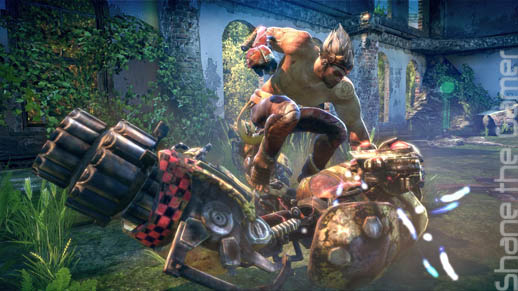 You collect little red orbs that are used to purchase these upgrades. They are scattered sparingly through the levels and can be earned by defeating enemies. They aren’t too easy to obtain which saves upgrading from becoming a dull affair. You really got to earn your dough as they are sneakily tucked away in hidden or hard to reach places that require a bit of exploring to find. This certainly kept me checking every nook and cranny so I can afford that next upgrade. 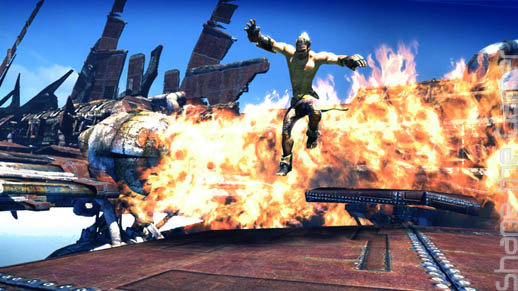 Your enemy, the mechs, are all machine and very much not happy about your survival. They come in a few shapes and sizes. Every once in a while you come across a monstrosity of a machine and need to utilise a bit more strategy to take down.

There are some other elements that help mix up combat. There are a few turret sections where you have to first take it out to then utilise it. Other moments where you can sabotage the enemy to steal their attached weapon or fry other enemies nearby. You can also ask Trip to make a distraction while you close in on the enemy. This is especially useful if the route to their location is lacking in cover. 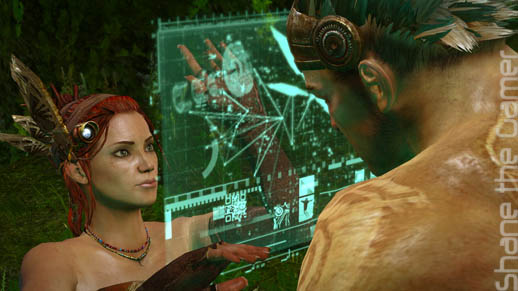 The story is of the sci-fi genre, this helps keep it interesting and it offers some interesting concepts on the post-apocalyptic world angle. I felt the story was more so about the journey the characters make and not so much the bigger picture as i was left with many questions. There are only three main characters throughout the game so there really is a lot of emphasis put on character interactions. 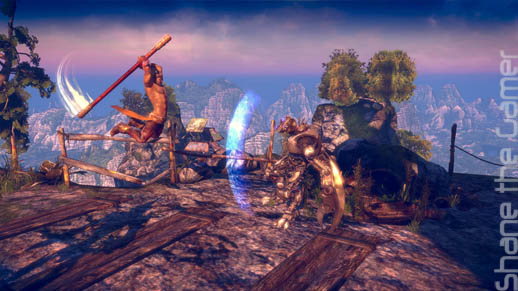 Later in the game you come across Pigsy, a man who really lives up to his name on every level and also adds a bit of wacky humour to the title. On completion of the game you can access DLC where you play as Pigsy. This is set before the main story and is also quite amusing. He has his own battle style and gadgets to navigate his mech graveyard. It offers quite a few extra hours of enjoyable gameplay while having some new aspects as well.

While old, this game still manages to give a new game feel and offers lovable characters, an intriguing story with well implemented combat and upgrade system. It presents a world with colour and variety giving many hours of gameplay. Playing through it the second time was just as enjoyable. So for something off the beaten track I would happily recommend Enslaved: Odyssey to the West Premium Edition.