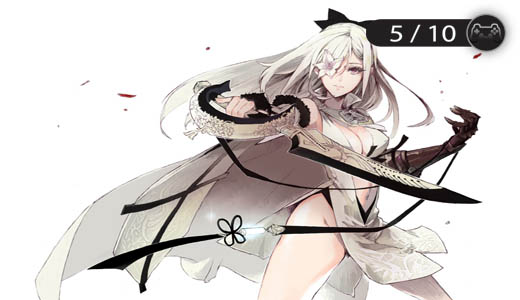 Drakengard 3 is an action JRPG exclusive to the PlayStation 3. Access Games is the one responsible for this third installment but they weren’t involved in the previous games.

This series is completely foreign to me but being a JRPG fan I thought I give this title a go. Turns out I would soon regret that decision.

Drakengard 3 is a prequel to the first game so play through of the previous titles is unnecessary. The scene is set well enough. You are one of six sisters that brought peace to the world, as a result they all become deities of sorts. You, Zero, have some serious bone to pick with your siblings and feel the best option is simply to kill them all.

The game starts with you trying to take on your five sisters all at the same time. This turns out to be a bad idea. You and your legendary dragon companion, Michael, fail, for a bit of dramatic flair Zero loses an arm in the process, and Michael dies. 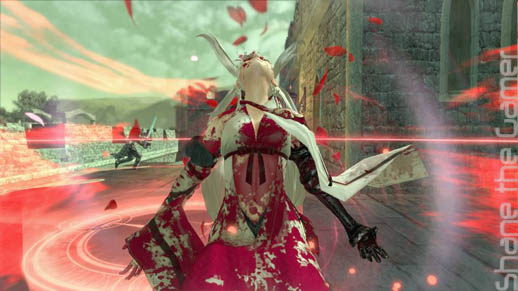 You start up again a year later where you have recovered, now with a robotic arm, a new dragon and a mystical flower in your eye. Zero also has the same end goal of destroying her sisters and now a bonus reason to do so.

Zero really comes across as a total bitch. I can love and appreciate a vengeful and blood thirsty character but between her unconvincing whims of “Would you die already!” and just unnecessary nastiness it really doesn’t help me love or love to hate her character. She passionately dislikes all her sisters and wants to steal their power. This isn’t adequate justification for her blood thirsty streak. 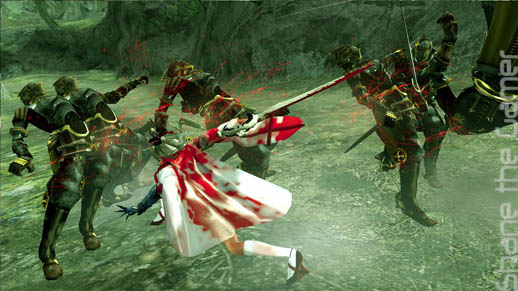 The environments are quite bland and the textures are second rate. Going through a Level really offered no variety at all. There was just a grey monotone feel to everything. The enemies seemed to follow suit. There are a few different types but the enemy models are all exactly the same. There are serious frame rate issues and sections where you/enemies appear to be walking on air. The game has PS2 game written all over it.

Combat is action based. You button mash until you might need to dodge because you stopped paying attention a while ago. Boss fights are even less engaging. You lock on, hit, hit, dodge and repeat. Skill just doesn’t seem to come in to it at all. Combat is quite frustrating as the controls do not feel responsive enough. The lack of response makes attempting to dodge enemy cannon fire or arrows after attacking rather tedious. 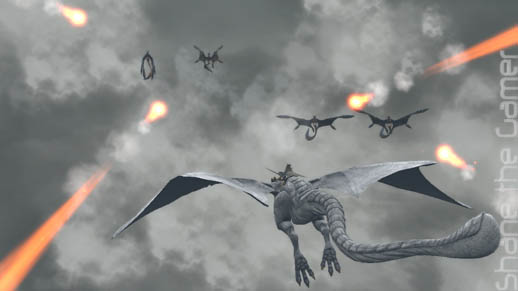 It’s easier to just run past than to stop and fight, and running past actually seems to be an option. Except for the numerous sections where for no particular reason the gates close on every side and won’t open until a certain amount of enemies has been defeated. With the rewards miniscule and the leveling up not offering any obvious reward apart from your actual level increasing, these parts only really stop you from running on through.

You have a dragon that can be called upon at certain points in the game. I felt these weren’t nearly as cool as it could have been. Some battle sections involve you riding your dragon, these are a bit more interesting but don’t really offer much versatility. The battle still feels dull, repetitive and the flying mechanics aren’t great either.

Later on you gain disciples that help out in battle, but they aren’t controllable party members and mainly provide a distraction for the enemies. 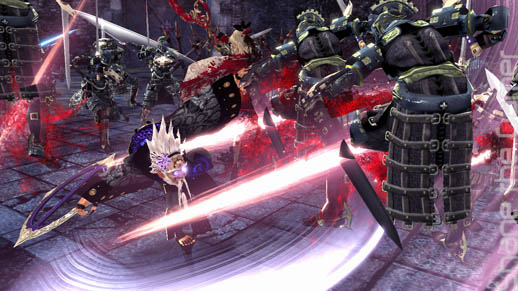 Dying does offer some incentive to pay a bit more attention during battle, as dying means restarting the whole Level. Check points are few and fighting your way back to where you were is quite painful. I don’t suppose this is the kind of punishment a game should be intentionally be implementing.

Weapons can be bought and upgraded. There are four types with the starting one being your sword. Later you can use spears, combat bracers and chakrams. As you progress more of these weapons become available through purchase, unlocking and finding in chests.

You are able to switch between weapon types if you so choose. This wasn’t overly beneficial as actually swapping weapons mid battle broke any swing you had going and gives the enemy great opportunity to smack you around. 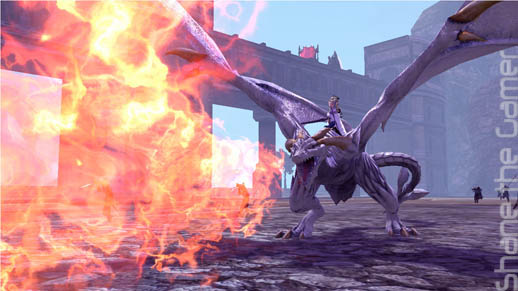 There are side missions that can earn you bonus money, weapons and upgrading materials. These offer no variation from main gameplay and are just as dull as the rest of the game. Although I was more likely to complete them for the rewards and the fact that they are a lot shorter.

During the game you have to put up with the banter between the main characters and their comments on the situation. On a few occasions these comments quite accurately describe my annoyance at many parts and convey my questions at the plot holes. I just don’t quite understand if this whole game is some satire and the aim of the game is to make mockery of this bygone era of gaming. 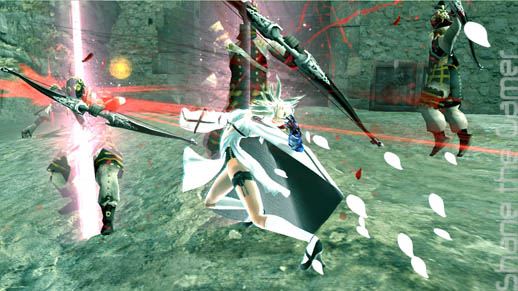 It’s like the developers realised halfway through, the poor mechanics being implemented and decided to counter the bad game mechanics with more bad game mechanics. From the poorly placed checkpoints, the tedious punishment of dying, the forced battle sections and all this being topped off with both plot and gameplay issues being commented on by the character’s themselves.

While many JRPGs may take a while to get into the full swing of things this one simply never gets into the swing of anything. Simply, there isn’t anything to keep you slightly interested, never mind long enough to find out if things improve, which they don’t. The idea was cool enough, a young hot powerful woman on a rampage with a pet dragon worked well for Game of Thrones but Drakengard 3 just didn’t execute it very well at all. There are just too many other amazing JRPG’s out there to even give this one the time of day.