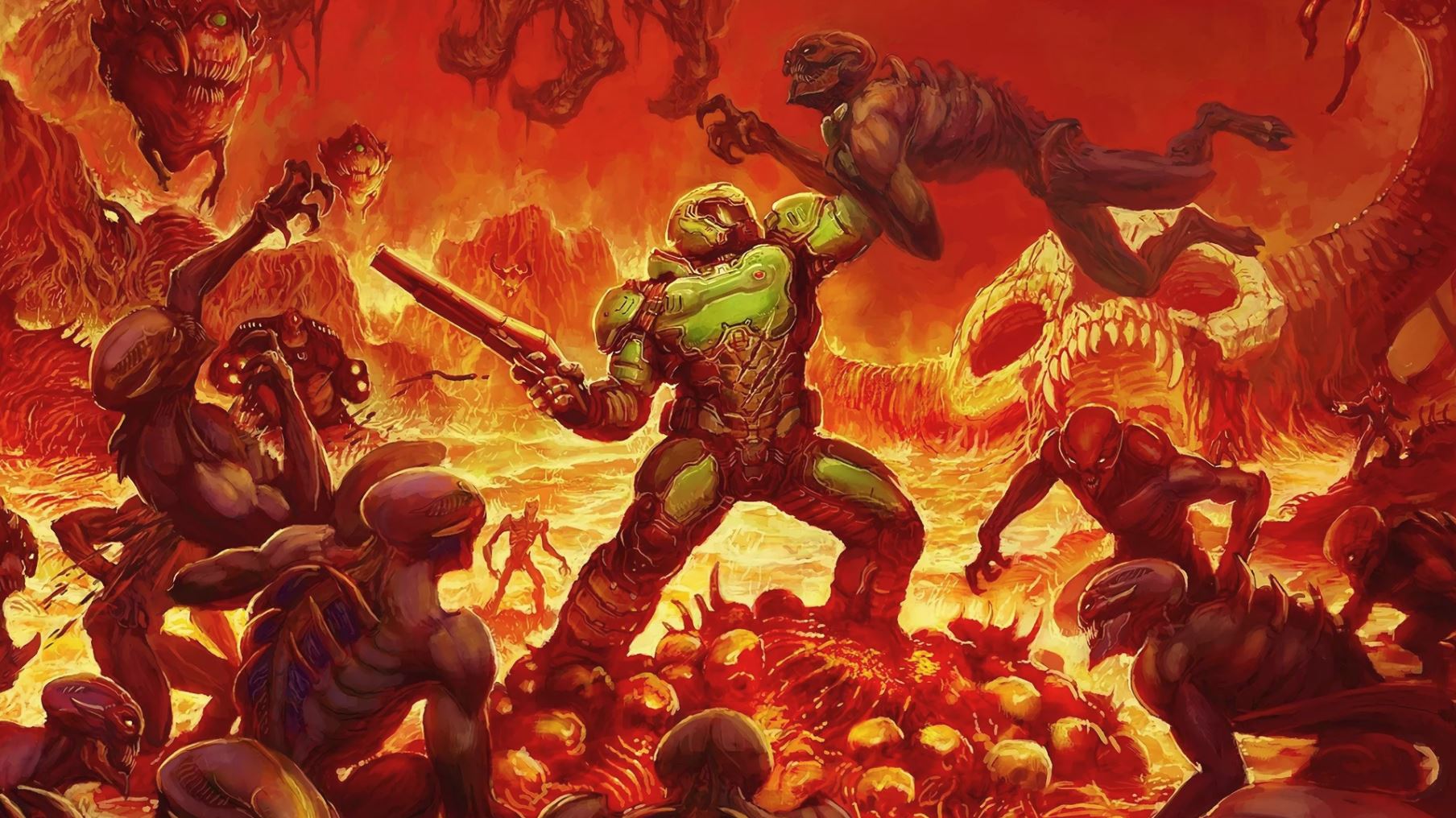 All Hell is breaking out on the Switch!

Proving that we are in a generation of remasters and ports, Bethesda are continuing with their Triple AAA games translating to differing platforms. Along with Skyrim, the top dev studio and publisher have released DOOM over to Nintendo’s Switch.

DOOM is first person horror / SciFi shooter game, a remaster of sorts from the original 1993 release which was debuted on PC as Shareware.

The game is set on Mars, with a UAC facility being invaded by the forces of Hell and it’s up to you to take down the demon onslaught with all manner of guns, big guns including Shotgun, Chainsaw and the BFG 9000. 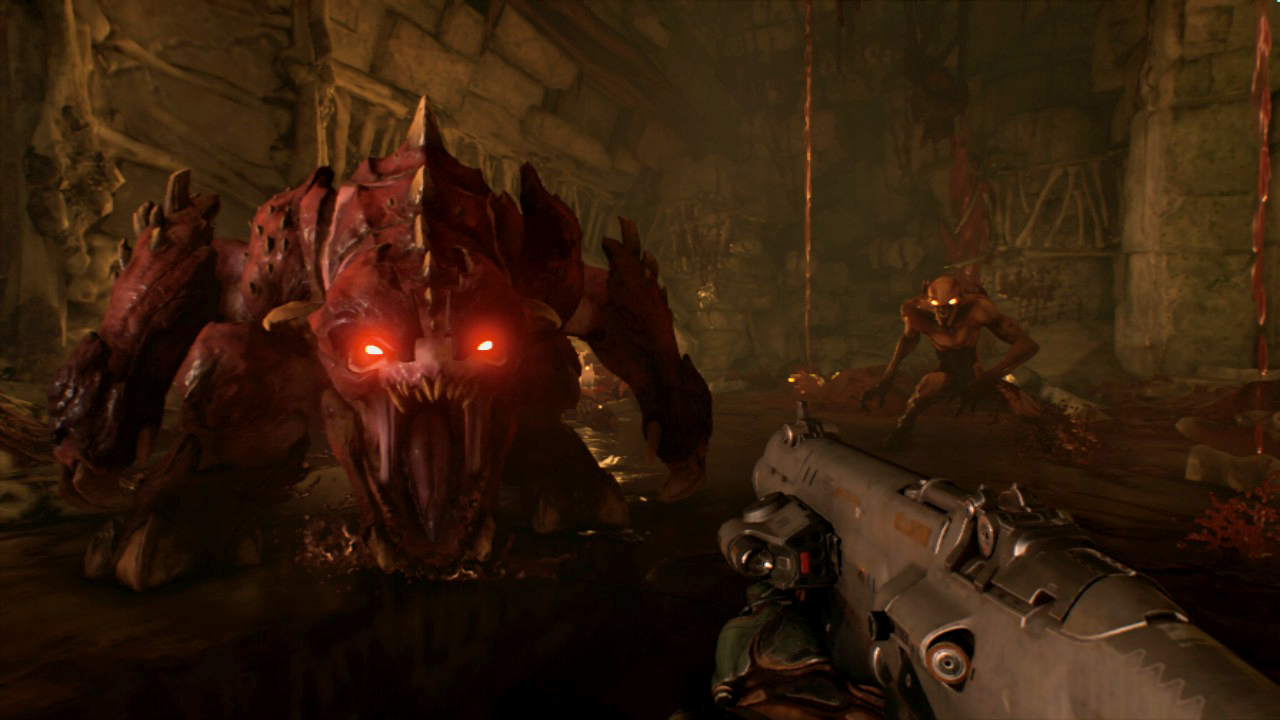 Initialising a progression system, you will also equip new and better armour items and there is a whole swag of collectibles. Every path you take can have multiple options, so it really pays off to explore a bit and not always run and gun.

You start off the game as an unknown man who is chained to an altar and awakens in a UAC basement on Mars. He releases himself from his imprisonment and gains his Praetor Suit, the man the moniker “Doom Slayer” after singlehandedly bringing hell to it’s knees, and couldn’t be killed, requiring an elaborate plan to capture, and seal him. Making his way across the Martian surface, he enters an industrial building that houses a satellite. After re-aligning the dish array, he hopes to learn the source of the demonic invasion, and preps himself to stop it.

Of course any game needs an ego fuelled baddie and in DOOM this comes in the guise of Dr. Olivia Pierce who is the antagonist of the game, apparently responsible for enabling Hell’s invasion, swayed by the promises of power. 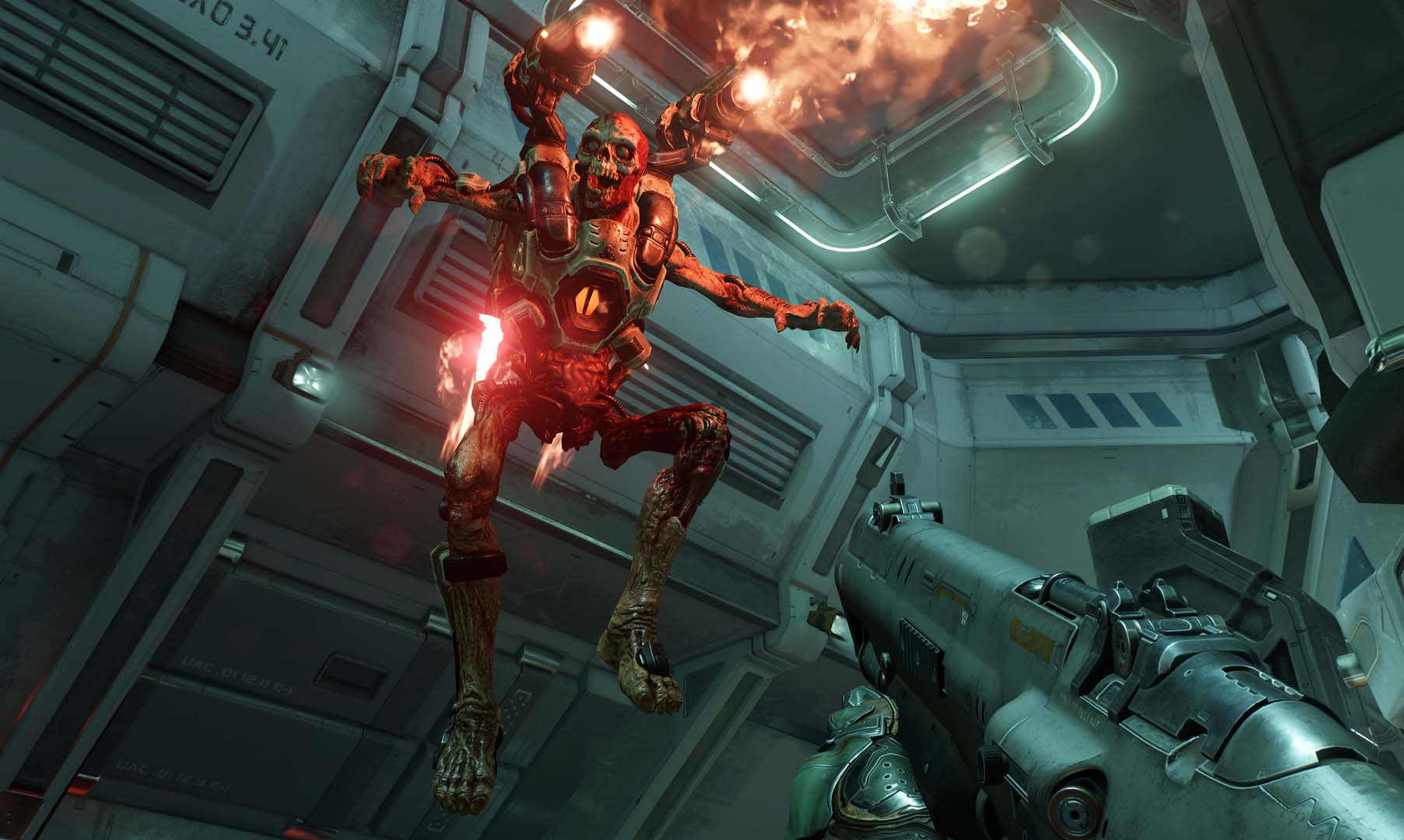 DOOM enables you to roam freely and there’s no shortage of action and rewards for “Glory Kills”.

This version of the game has been adapted to the Nintendo Switch controlling system, whether the controls are attached or detached from the console.

It’s a heavy game as far as the data footprint goes, DOOM upon first instal will require around 22GB of space for a digital purchase.

Running at 30 FPS, on the handheld it looks fabulous. Surprisingly, it does not lose any of it’s visual quality when the Switch is connected to a 4K capable screen either. 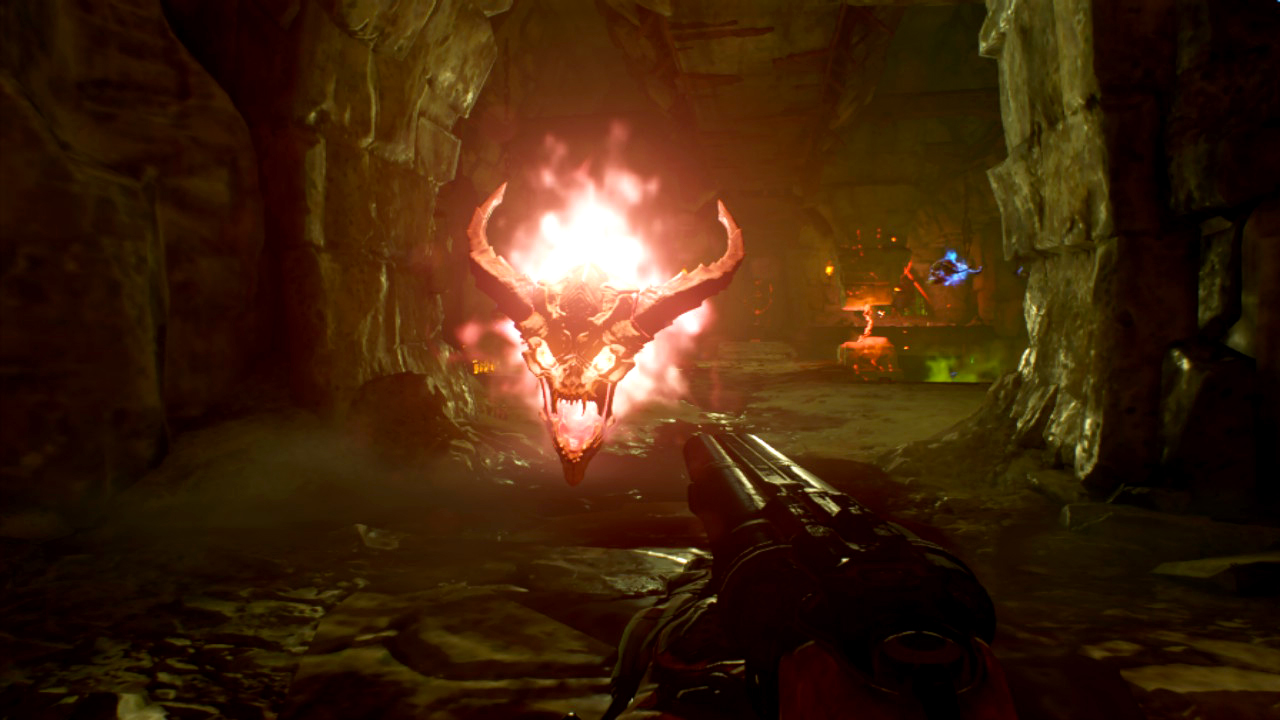 There are 13 Maps to explore and cause heated metal carnage in and each Map consisting of a multitude of Levels. Multiplayer for switch is also included aswell, where players can pit off against online DOOMers in Team Deathmatch, Soul Harvest, Freeze Tag, Warpath, Domination and Clan Arena. In Multiplayer you can even play as a Demon, but your accessibility to pick ups is limited.

But having been ported on to a lesser spec’d console is not without it’s exclusions. The DOOM SnapMap is not included. Unfortunately.

Once again though, proving that game cartridges can really pack some might, Bethesda have done amazingly at porting the solid FPS over to the Switch. 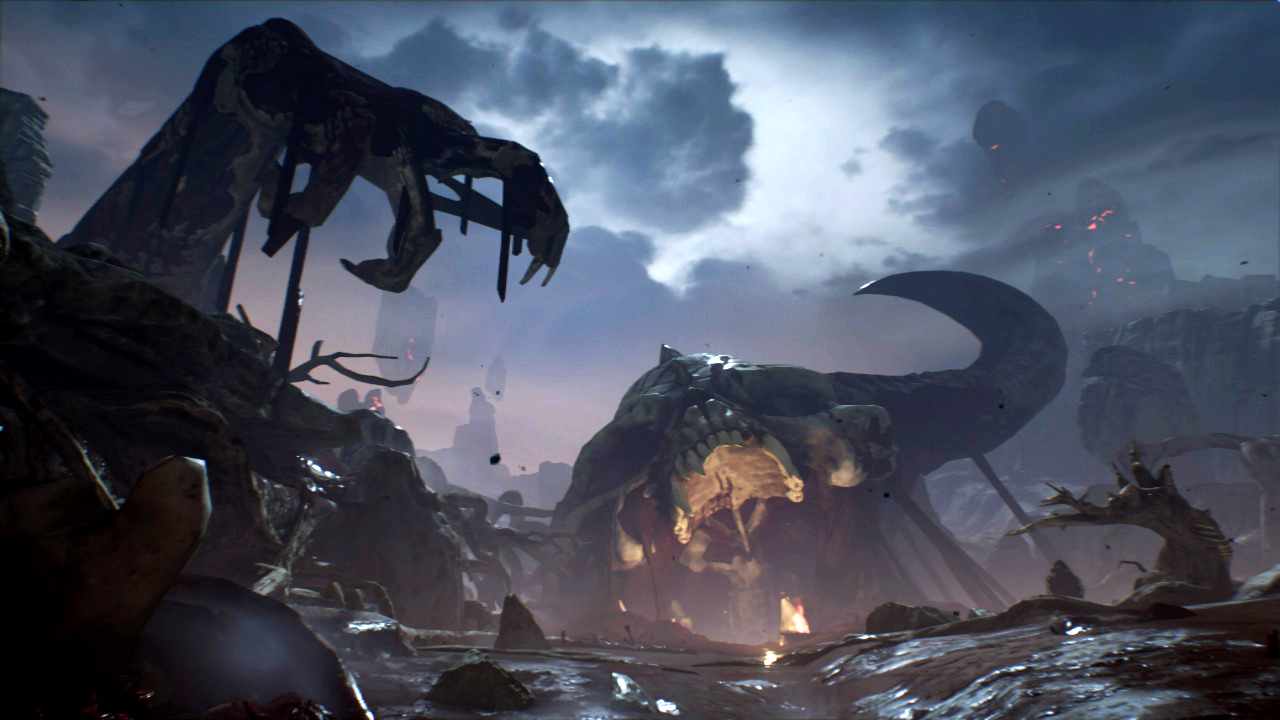 The game gets a full recommend from me, who is still a fan of the very original. If you have played the 2016 console release and finished it (or are still playing it) this might be a title to hold off on, however, if you are the ultimate DOOM fan and have a Switch then you need it.

Slay demons and close the gates of Hell on the go. DOOM for Switch. 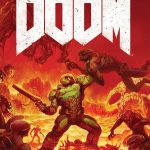