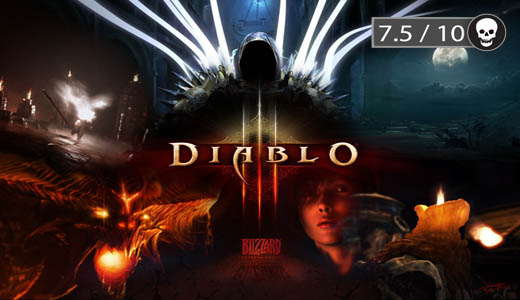 In the annals of gaming, fewer games have had quite as much hype and anticipation than the third entry in the famed Diablo RPG series, a title gamers hungered over for years.

So when it was finally released, despite generally positive reviews, it forced us all to realise that perhaps gaming had changed a bit in the last 13 years.

After all, thirteen years is a very, very long time in the world of gaming. To give you a frame of reference, Diablo 2 came out the same year as Final Fantasy IX. If you’re to look at how far that series has come, you might be disappointed in the offering that Diablo 3 bought to the table – this is essentially the same product, albeit tidier, more streamlined and vastly more beautiful. 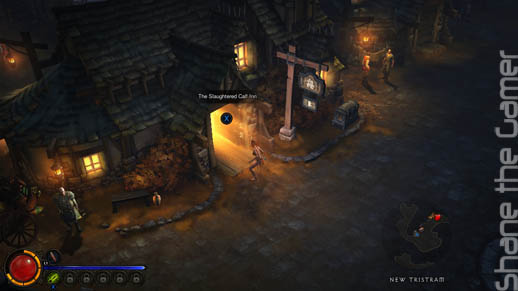 For my dollar, everything about the PC version of Diablo 3, while immensely fun and endlessly entertaining, felt nostalgic to the point of being stale. What made it all the more disappointing is the lack of customization. Unlike Diablo 2, where each character class had a number of distinct skill trees you could work your way up through, creating a range of different powers and combination. Diablo 3, however, feels more linear – as you level up, you’ll be given powers and abilities and you’ll have very little say in the matter. 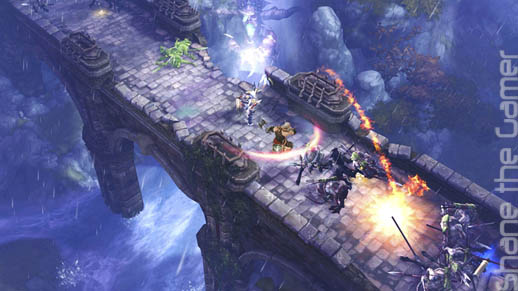 So all in all, Diablo 3 felt like more a throw back than anything else – but that didn’t stop it from being fun.  I’m not going to take the time to offer you a review of Diablo 3 – chances are you’ve already played it – all I can do is elaborate on my experiences of how playing it feels on console, versus how it feels to play on PC.

These are the broad strokes of it, simply because any gamer whose been doing this in the last decade will already have their own very valid opinion on how Diablo should be played. What I will say is, preferences for how you want to play this game aside, Diablo 3 runs flawlessly on console. The graphics and framerate look incredible, and the loading screens are virtually non-existent, especially if you take the time to install the game first – which takes up hardly any space on your console hard drive. 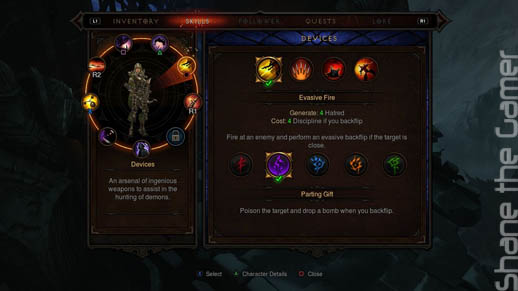 Like I said, the days of point-and-click feel, to me, dead and gone. I’m not slagging off PC gamers, it’s still a perfectly viable system, but I’d definitely argue that the jump to console analogue sticks is a welcome one. Certainly the most obvious change, and definitely the most relevant, the shift to analogue character means that movements feel fluid and responsive, meaning you can actually jump around the screen – duck and dodge, between firing out spells and sword strokes.

Which ties in nicely to the simplified spell system. As you level up, you’ll unlock different types of spells – primary, secondary, passive etc – with one of each type being mapped to one of the face buttons and the right trigger. By and large, this works excellently and you can mix and match spells with excellent effectiveness. 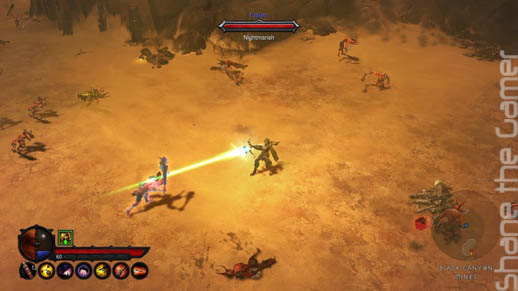 The only hitch in this system is the inability to quickly change between spells of the same type – which can somewhat limit your choices. You can, however, turn of individual mapping of spell types to specific buttons, and just select your several best spells spread across the buttons available.

This streamlined system applies to pretty much everything in the games backend – from item selection, to skill upgrading.

The entire menu is simple and effective, which is especially important given how heavy of a role the concept of loot plays in Diablo. It’s always slightly tedious having to trawl through dozens of items you’ve found on your latest dungeon crawl, so a streamlined menu to make sure that ditching and selling items, as well as comparing them to the ones you have, is a huge boon for the general playability of the game. 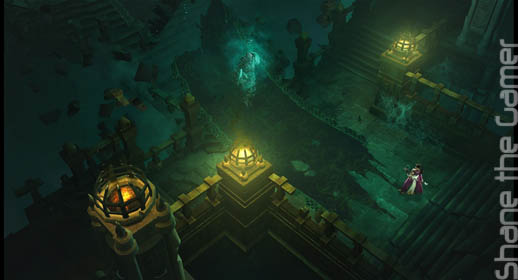 In pretty much every other sense, honestly, this game is the same as it was when it was released on console.

You go from place to place, looking to put an end to Diablo’s reign of terror by fighting all manner of monsters, by amassing a collection of devastating spells and ability, all while collecting truckloads of loot.

But at the end of the day, honestly, I feel like Diablo 3 has a very limited target market: fans of Diablo that have made the jump from console to PC in the last 13 years, or people who’ve heard of the game, but don’t have a PC good enough to play it. And if you happen to fall into either one of these groups, and like the dungeon-crawling, loot gathering style of RPG, this one is an absolute classic and still, despite perhaps leaning too heavily on mechanics that are over a decade old, stands head and shoulders above it’s imitators.