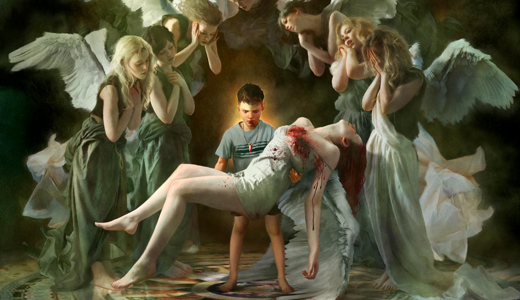 Here’s a tricky one – the latest, ‘rebooted’ iteration in the long running and well-loved Devil May Cry (DmC) series. What have I got to say about it? Good? Bad? Well…

Devil May Cry’s Dante is, arguably, one of the more popular characters to come out of video games in the last 10 years or so – existing in that upper echelon of video game characters, rubbing elbows with modern day heroes like Master Chief, Solid Snake and Marcus Phoenix.

He’s half-demon, he’s a smart-ass and he kicks a ridiculous amount of demon ass – often choosing to ignore physics in the process. Devil May Cry has always (well, almost always) damn near mastered everything that makes a hack-and-slash game fun – combining excellent action, flashy combos and cheesy one liners, to give you the feel of playing an action movie. 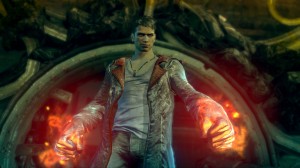 and perhaps brazen move, after a five year hiatus, longtime publishers of the game Capcom decided to hand off control of the game to British Studio Ninja Theory, creators of Heavenly Sword (one of the most horrendously average action games to ever waste my time).

The newly dubbed DmC had it’s first trailer pop up about a year ago, showing us a new protagonist – a skinny looking punk kid with a shock of black hair in place of Dante’s regular white locks. Much to the chagrin of nerdy fanboys everywhere, turns out this was Dante – a victim of the increasingly popular fad that is ‘rebooting’.  Ninja Theory decided to basically rebuild Devil May Cry from the ground up – changing the aesthetic, story and fundamentals of the game in some pretty major ways. Did it pay off? Or is the surge of rage from the fans on the internet justified?

I’ll begin with my own take on the issue – Dante without white hair isn’t really Dante.

And yes, I’m annoyed about it, in the same way I’ll never accept a blonde James Bond. But I can’t help but feel like this doesn’t really matter. What is slightly more worrying is the partial lack of attention to any of the other previous games stories. 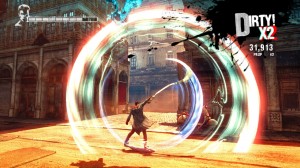 DmC takes place in Limbo City, where the young, unaware Dante is constantly pulled into the demonic limbo, where the city itself tries to kill him constantly, throwing demons at him while twisting and warping so that buildings crash and bridges collapse around him.

This ever-changing nature of the world around you means that the game looks incredible – easily the best the series has ever offered – and has some of the most interesting level and creative design I think I’ve ever seen.

Technically speaking (regardless of what you think of the design) characters are stunningly detailed and paired with a set of excellent voice actors. To Ninja Theory’s credit – it’s a very well made game. I just don’t think it’s the game any of the fans really wanted to see.

Instead of the cheesy, easy and generally pretty light plot of the past games in the series, where the plot seems like more of an afterthought, here we’re given a rather serious outing that satirizes the place of the American lifestyle, through slamming discourse about advertising and the media. And while Dante’s one-liners are still present to a certain degree, there’s definitely some darker elements in play here, tied together with some grim story flavouring and an amount of aggressive swearing that crosses the line from being badass into being just plain hokey. 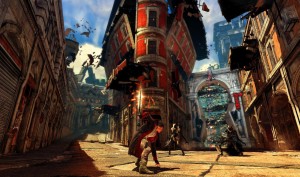 and Dante are still a great pair of dueling personalities (less literally than last time the two shared a game) but the psychic who joins them on their mission, Kat, is by far the worst female character this series has ever seen.

Eva, Lady and even Lucia kicked a heck of a lot of ass with and without Dante, but Kat manages to just be a prop in this story, flitting around from place to place only to get saved by one of the men when she gets into trouble. This seems like a minor thing to quibble about, but it’s a real pity that the games transition into a more grounded, adult story saw Kat become the victim of the laziest action move stereotype – the Damsel-in-Distress.

Dante has always been a fluid character (Devil May Cry 1 saw him as a snarky but serious badass, 2 saw him as basically mute and 3 saw him as a smart and cocky teenager), but nothing about the original games seems to have affected the story telling of this one at all. 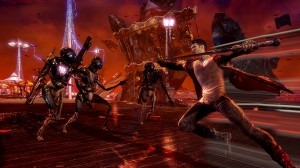 Yes, there’s the odd familiar face, but the plot elements are all brand new.

That doesn’t necessarily make it a bad game – there’s nothing wrong with some fresh ideas being thrown into the mix – but it makes it feel very unfamiliar to old school Devil May Cry fans like me.

It’s one thing to make your main character totally different, but there really seems to have been a baffling collection of decisions made that mean DmC doesn’t really fit with it’s previous iterations.

First and foremost of these is the addition of Angel Lift and Demon Pull, the abilities that allow Dante to pull himself up towards ledges or pull out wayward chunks of rocks to use as stepping-stones, respectively. This is an interesting mechanic for combat, as it lets you zip from target to target and string together long combos, not unlike the Devil Bringer Nero used in DMC4. However, with these new mechanics also come at a heavy, heavy reliance on platforming – by far the most the game franchise has ever seen. 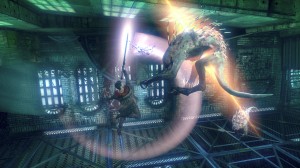 to spend about half your time in DmC zipping around and climbing up shit, which while I guess sort of fun, isn’t really what I signed up for. I’d have much rather just been killing that entire time, because the killing is, like standard for DmC, by far the best bit.

Combat in DmC feels reasonably similar to past games in the series – in that it’s tight, fast, ruthless and based around the idea of doing the most elaborate combo you can while the game ranks your murdering.

DmC does this with a range of different weapons – Dante’s sword Rebellion (no, it doesn’t look anything like Rebellion), two new angel weapons and two new demon weapons.

All of these have different abilities and are tied quite nicely to the strengths and weakness of the unique and exciting range of enemies you face. For the most part there aren’t any flaws, except for the fact that the targeting system from DMC 1 onwards – where a target would be aimed on by holding down a trigger button – has been inexplicably removed. 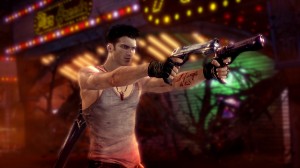 Not only does this mean that combat can become a little overwhelming when multiple enemies are involved, but also combo controls can end up being a little unwieldy at times.

The Stinger/Million Stab combo, a staple in my run throughs of DMC3 – used to be a two button thing (forward and aim, plus attack), whereas now it requires some actual timing and manually pointing at the enemy I’m trying to attack.

For a game that requires speed and timing, making your controls harder for no reason seems baffling.

The greatest disappointment this game offers though comes in the lackluster boss fights, none of which hold a candle to the stuff we’ve seen in the past (with the exception of the final one, which is a grim reminder of how good this game could have been if they’d just gone with the familiar instead of shoving a punk rocker down our throats). 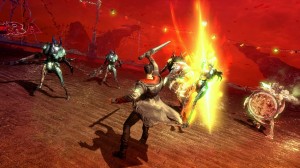 the bosses you come across are big lumbering brutes that stick to a standard ‘Big attack, dodge, attack’ formula that gets really tired really quickly, and isn’t all that challenging. This is almost compensated for by the interesting and varied range of enemies, with a range of powers and weapons, that makes for a varied collection of different combat scenarios – it’s just a shame this didn’t make it to some of the more powerful guys you face.

If you’re a fan of the original Devil May Cry games, chances are this game will tear you a bit.

On one hand, it’s a very well put together game, the combat is great and there’s a decent amount to it there.

On the other, it doesn’t feel like a Devil May Cry game. I think it helps to think of it more as re-imagining, not a reboot. 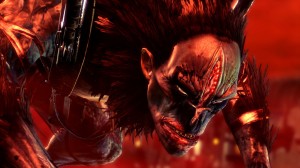 this game with an open mind, and come to terms with the fact that the Dante you knew and loved isn’t around anymore, and you’ll probably enjoy it in spite of yourself.

If you’ve never played the series before, you’ll probably love it. But if that’s the case, you should really start with the HD version of DMC3, because this game, sadly, doesn’t even come close to being as good as that masterpiece was.

As a game, DmC is excellent. As a Devil May Cry game, however, it fails to live up to it’s potential, and manages to slap long time fans a bit in the face in the process (if you actually care about all that shit).

If you have any interest in the action genre or the series, it’s definitely worth checking out and coming to your own conclusion on this polarizing title. 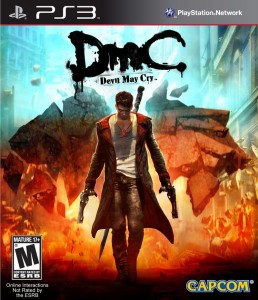